In the final episode of the Missing Richard Simmons podcast — a six-part inquiry into the fitness guru’s sudden and unexplained withdrawal from public life — host Dan Taberski asks a question that underlines the series’ quiet but persistent theme: “How do you let that go, man?”

It’s a throwaway line, really. The focus isn’t even supposed to be on him; he’s interviewing a woman named Iris, a longtime regular attendee of Slimmons, the health club where Simmons led his signature brand of “sweatin’ to the oldies”–style workouts until he vanished from the public eye in February 2014. In a meandering answer to Taberski’s question, Iris continues, “I could never do that. I could never walk away from everybody and not say good-bye. Even if you want to start taking care of yourself — you could still say good-bye. You just say, ‘I’m retiring from this,’ and you say good-bye.”

The podcast was taken by many to be a mystery series, devoted to the resolution of two questions: Where has Simmons gone? And why? The detective element, plus its instant popularity — it has consistently been one of the most popular podcasts on iTunes since it launched last month — earned (mostly) flattering comparisons to Serial. But Missing Richard Simmons wasn’t a mystery story, not really. Missing Richard Simmons was a show about seeking closure, and how hard it is to let someone you care about go. It was a show, as Taberski himself and those he interviewed often repeated, about figuring out what you’re supposed to do when someone you love disappears — without reason, and without saying good-bye.

The show concluded this week, but there are lessons that reverberate beyond the podcast. People we care about go missing all the time, as Krista Tippett, the host of the radio show On Being, has phrased it. You’re dating someone you’re really starting to like, and he or she ghosts on you. Your good friend stops returning your texts without telling you why. And people we love slip out of our lives in more serious ways, too, whether through the immediacy of death or the slow fade of dementia or disease. Not every ending to every relationship gets a proper farewell. 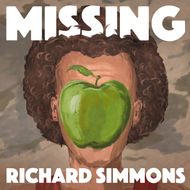 Pauline Boss, a professor emeritus at the University of Minnesota, would call each of these scenarios examples of “ambiguous loss,” a term she coined decades ago and has spent the years since defining. Over the course of her career, she has counseled the loved ones of those who have gone missing in public tragedies, like the vanished Malaysian Airlines plane, or missing-person cases that stay in the news for months at a time. But the concept applies to less grand, more deeply personal losses, too: breakups, miscarriages, mental illness. At bottom, all of these are situations where there is sadness, and grief, and little to no likelihood of closure.

Speaking generally, it’s human nature to seek resolutions and clear, finite endings, though research suggests some people are more bothered by ambiguity than others. In the early 1990s, psychologist Arie Kruglanski began developing a concept he called “need for cognitive closure”; over the years, research by Kruglanski and others has suggested that your individual “need for closure” can predict a wide range of other things about you, including your politics, your creativity, and your openness to people who are different from you. “The basic idea is that someone who is high in need for closure is more likely to enjoy black-and-white stories with simple morals; to develop quick, hard-to-dislodge judgments about other people and other groups of people; and to feel more uncomfortable with being ‘left hanging’ over some important issue,” as my Science of Us colleague Jesse Singal wrote in 2015 about Kruglanski’s work. “People lower in need for closure seem to have an easier time seeing in shades of gray — to understand that good people can do bad things (and vice versa), and to appreciate ambiguous endings or plotlines in film or books.” (You can test your own tolerance for uncertainty here, if you’re curious.)

To Boss, an instinct for closure in order to “get over” or “move past” suffering is an understandable one, even a positive one. It speaks to a particularly American notion of fixing things and finding solutions, she said in a 2016 interview. “It’s not part of our culture … We like finite answers,” she said. “You’re either dead or you’re alive. You’re either here or you’re gone.” This isn’t necessarily a bad thing, she continued:

In cases like these, the only way to keep moving forward is to learn to tolerate the ambiguity, to “hold two opposing ideas in your mind at the same time,” Boss said. “With the physically missing, people might say, ‘He’s gone, he’s probably dead, and maybe not,’ or ‘He may be coming back, but maybe not.’” Understanding that either of these things could be true “is the only way that people can lower the stress of living with the ambiguity,” she said. In her work, she’s often found that it can help to simply point out that there is an overlooked middle way through. She added:

”And so once you put that frame on it, people are more at ease and recognize that that may be the closest to the truth that they’re going to get. To say either or, to think in a more binary way — he’s dead or he’s alive, you’re either here or you’re gone — that would involve some denial and lack of truth, so the only truth is that middle way of ‘he may be coming back and maybe not.’”

There is no such thing as closure. We have to live with loss, clear or ambiguous. — Pauline Boss, University of Minnesota professor emeritus

Knowing all of this, when you’re the one exiting someone else’s life, it’s worth remembering how much pain ambiguity causes people. If you’re able, it’s nice to say good-bye. But sometimes, for whatever the reason, people just can’t. Sometimes, you’ll be on the other end, the person who’s left with no resolution. And in those cases, even if you do get the “closure” you’re seeking — then what? What if Missing Richard Simmons had ended with Simmons on tape explaining exactly why he checked out of the world and retired to his private home? The pain of the loss might have faded, at least a little, for his friends who miss him. But Boss believes that the idea of closure itself, and what you’ll find when you get it, is largely a myth.

“Closure,” she explained in an On Being interview, is a word that belongs in business deals, and not in human relationships. “Once you’ve become attached to somebody, love them, care about them, when they’re lost, you still care about them,” Boss said. You can learn what happened, and why they’re not here anymore, and it’ll still hurt. She added later, “There is no such thing as closure. We have to live with loss, clear or ambiguous.” Sometimes, there is no good reason someone has gone missing from your life. “You don’t have to get over it,” she said. But that doesn’t mean you can’t also let them go.

A Psychological Explanation for Why ‘Serial’ Drives Some People Crazy

Missing Richard Simmons and the Pain of Letting Someone Go