In 1975, French designer agnès b. (born Agnès Troublé) opened her first boutique in a former butcher shop in Paris’s Les Halles neighborhood. Her goal was as simple as the signature striped T-shirts and snap cardigans she went on to make: create a timeless look that would withstand fashion’s ever-changing trends. agnès b.: styliste, available now from Abrams, takes a look at her decades-long career and approach to fashion.

While agnès b. started her career as a newly divorced mother of two struggling to make ends meet, she quickly became a fixture in the fashion world. After working as an editor at Elle magazine, she began designing for French brand Cacharel and films like William Klein’s 1966 Who Are You Polly Maggoo? “With two kids it was hard. I really had to earn a living. I know what it’s like to not have money,” she told the Cut. “Which is important. When you succeed in your work it’s good to know what it’s like to not have anything.”

When agnès b. opened her boutique and started designing on her own terms, she made what she called “anti-fashion,” a style of clothing much simpler than what was walking down the runways at the time.

“You don’t see people dressed in the same clothes you see on catwalks,” she told the Cut. “My work is for people to feel good, to feel nice and to feel confident in their clothes.” When agnès b. looks back on photos of her models in designs from the ‘80s, for example, she believes what they’re wearing could easily be worn today.

The tome showcases her personal photographs and collection sketches, along with pictures of agnès b. designs taken by the likes of Bruce Weber, Peter Lindbergh, Gilles Bensimon, Jean-Baptiste Mondino, Dominique Issermann, and Ellen von Unwerth. Click ahead to see pictures from the first agnès b. fashion show, which she held in her own apartment in 1979, and more. 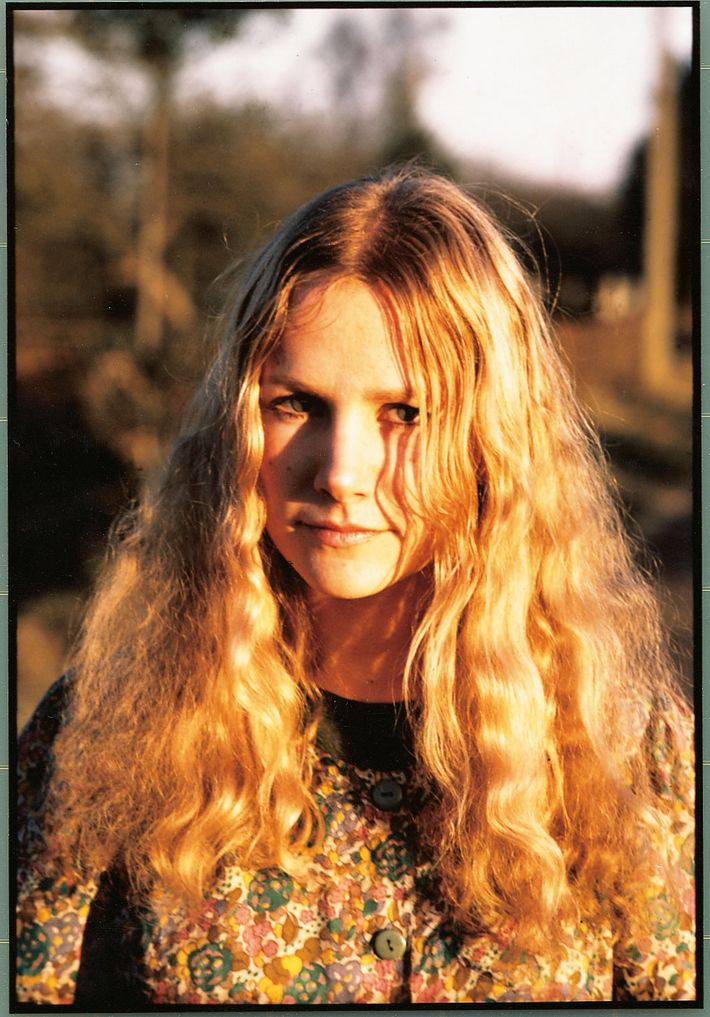 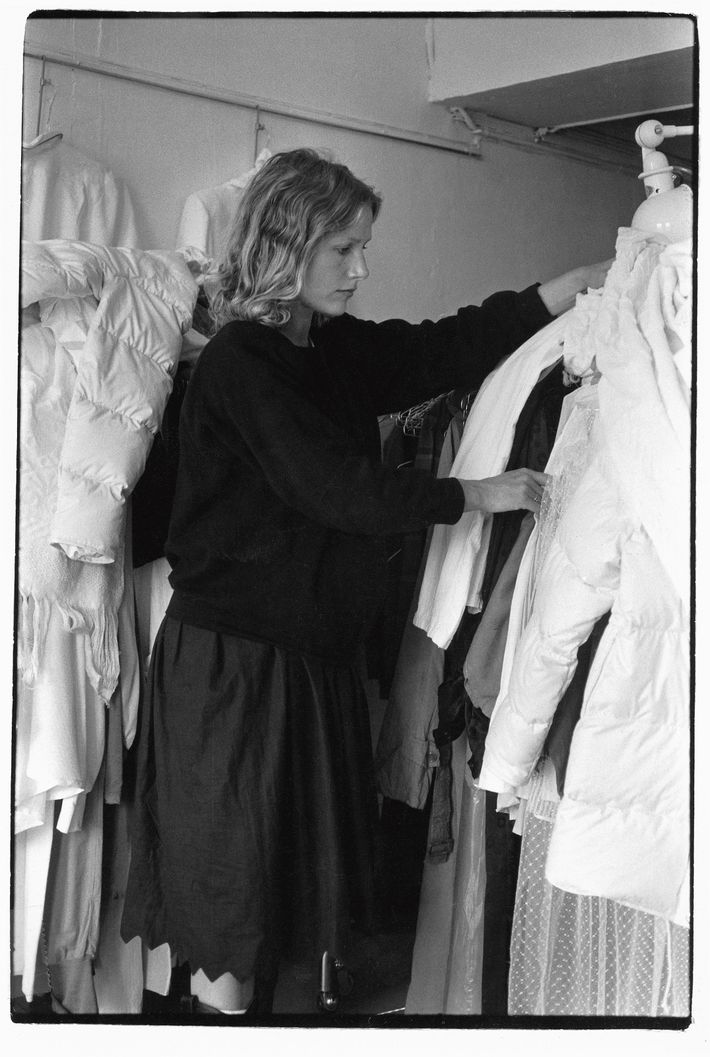 Agnès wearing a sweatshirt and skirt from her 1979 winter collection.

A set of looks shown at the 1979 summer collection show at Agnès’s apartment.

Another set of looks from the 1979 show. 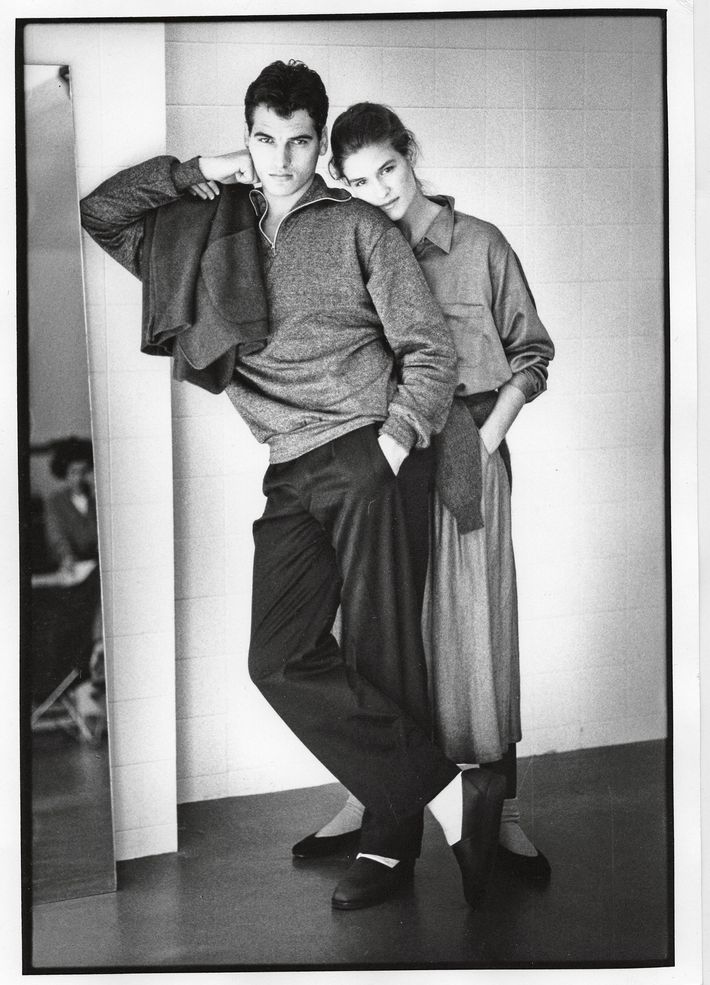 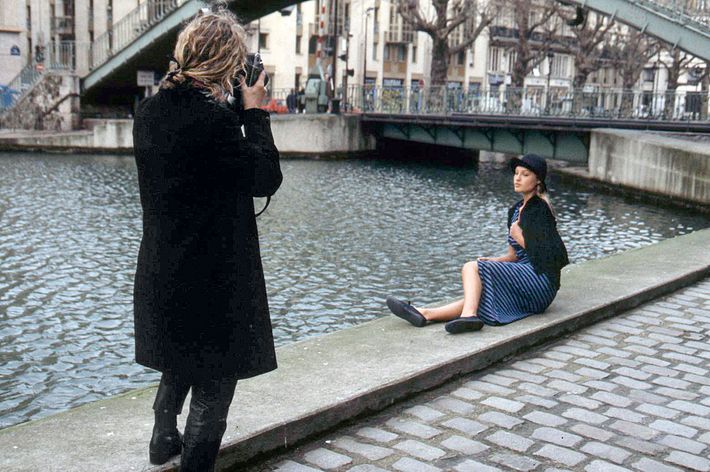 Agnès photographing her designs in Paris, summer of 1993. 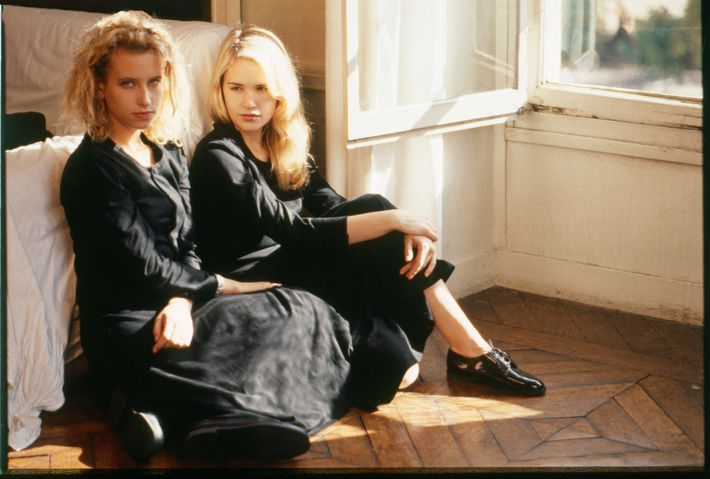 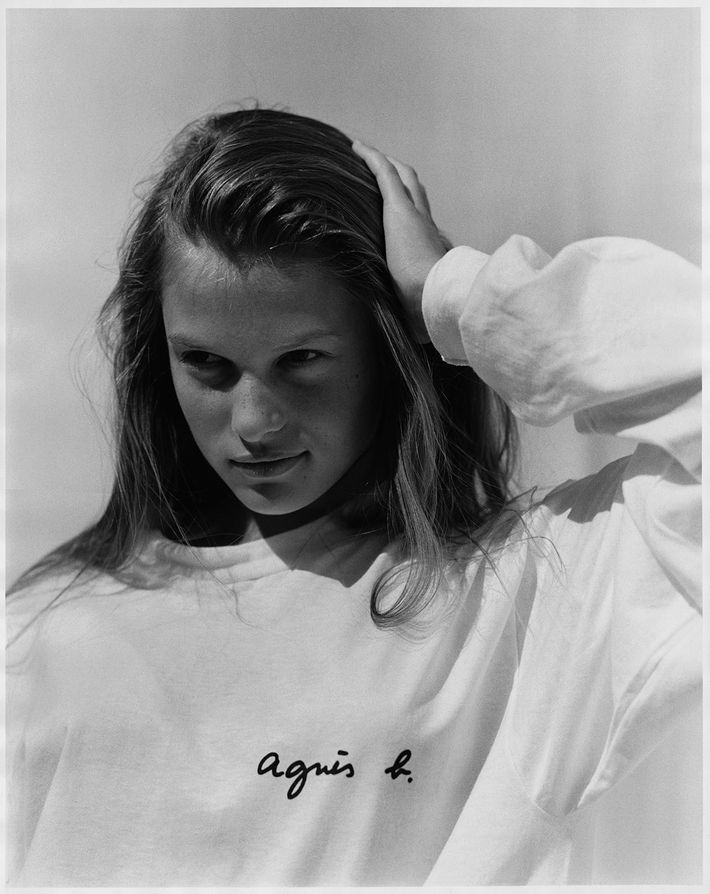 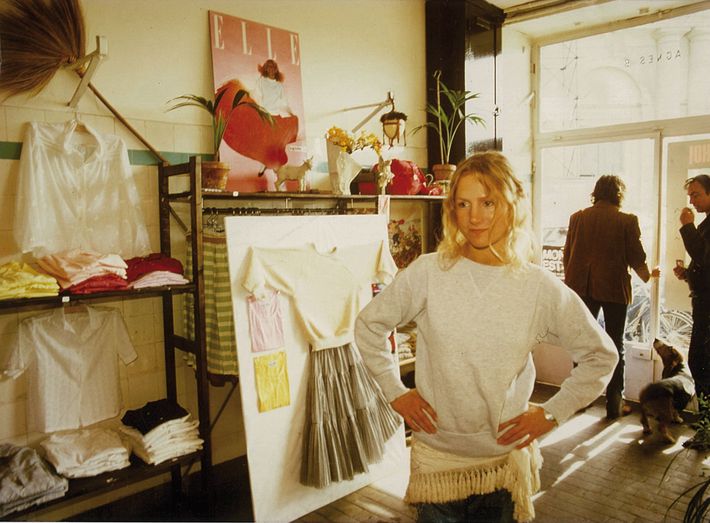 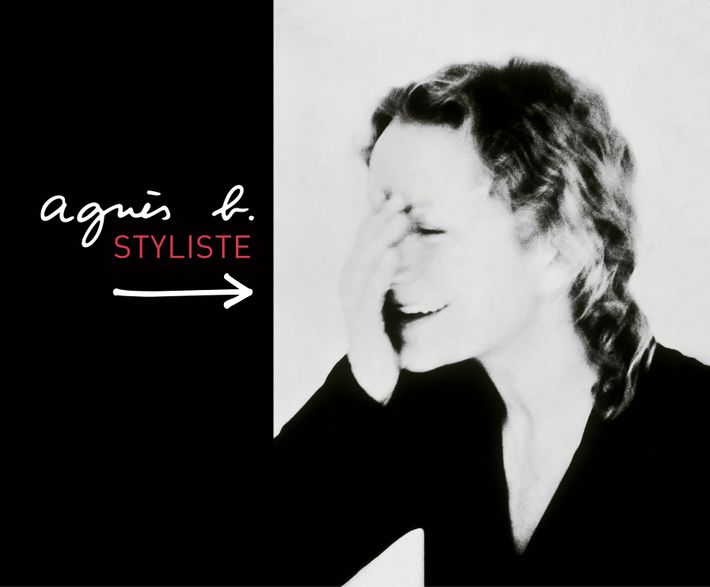 agnès b.: styliste, published by Abrams.

See Decades of Timeless Clothing Born out of “Anti-Fashion”

See All
oh? 8:54 p.m.
Lori Loughlin Would Like a Little Vacation, Please She and Mossimo Giannulli are asking a judge’s permission for a five-day trip to Mexico.
power 6:14 p.m.
Best-Selling Philip Roth Biographer Accused of Sexual Assault A new publisher has purchased the rights to Blake Bailey’s book despite allegations of rape against the author.
congrats! 4:56 p.m.
Ariana Grande Got Married?!?! Her real-estate boyfriend has become her real-estate husband.
memory lane 4:48 p.m.
What Was the Fashion Designer Halston Really Like? Model Pat Cleveland looks back on her time as a “Halstonette.”
By Emilia Petrarca
power 4:06 p.m.
What We Know About Bill Gates’s Friendship With Jeffrey Epstein In the wake of his divorce, questions about Gates’s relationship with the convicted sex-offender have resurfaced.
power 3:25 p.m.
The Matt Gaetz Scandal Keeps Getting Worse His wingman has pleaded guilty in his federal sex-trafficking case, which likely spells trouble for the Florida Republican.
reproductive rights 1:15 p.m.
The Supreme Court Will Hear a Case Challenging Roe v. Wade With the court’s new 6-3 conservative majority, the case poses a major threat to abortion rights.
power 1:05 p.m.
This Year, Miss Universe Got Political Contestants used their national costumes to make powerful statements.
scent memories 12:43 p.m.
The Sexual Wellness CEO Who Loves the Smell of Thunderstorms Talking to Maude founder Éva Goicochea about the brand’s newest scent that sets the mood.
By Erica Smith
wedding season 12:39 p.m.
21 Cool (But Still Practical) Wedding-Gift Ideas We’ve rounded up the most stylish takes on traditional registry items.
By M. Elizabeth Sheldon
finer things 12:32 p.m.
Outside Shoes Are Back These shiny Mary Janes are meant to be seen.
By Emilia Petrarca
spicy! 11:15 a.m.
Oooh, Flamin’ Hot Cheetos Drama Frito-Lay says an upcoming biopic directed by Eva Longoria is based on “urban legend.”
celebrity breakups 10:10 a.m.
Trevor Noah and Minka Kelly Have Broken Up After a year or so of dating, the pair reportedly “felt like they should take some time apart.”
book excerpt 8:00 a.m.
‘You Must Play Basketball’ He wants to see my moves. My Black athleticism will turn him on. But my body is a marionette with tangled and impossibly knotted strings.
By Brian Broome
how i get it done 7:00 a.m.
From Drake’s Entourage to Tech CEO Courtne Smith is an entrepreneur you should know.
By Devine Blacksher
astrology Yesterday at 8:30 p.m.
Madame Clairevoyant: Horoscopes for the Week of May 17 Gemini season is upon us. Fun!
By Claire Comstock-Gay
sex diaries Yesterday at 8:00 p.m.
The Political Consultant Who Barely Has Time for Her Two Men This week’s sex diary.
animals Yesterday at 5:59 p.m.
Houston’s Fugitive Tiger Has Finally Been Found He is reportedly being resettled at an animal sanctuary, after an impressive six days on the lam.
okay?? Yesterday at 4:43 p.m.
Actually, Martha Stewart Has 21 Peacocks “They do not smell. They are so clean! Their voices are loud but such fun to hear.”
power Yesterday at 3:06 p.m.
Bella Hadid Shows Support for Palestine at Brooklyn March “It’s free Palestine til Palestine is free!!!”
More Stories