Rihanna on the cover of Paper, March 2017. Photo: Courtesy of Paper

Noted convenience-store patron Rihanna took over a New York City bodega — namely, the Alphabet City Deli & Grill on Avenue C — for her Paper cover, out today, where she sports Lady Liberty–style spikes. It marks the first time she’s covered the magazine in a decade.

For the shoot by Sebastian Faena, stylists Farren Fucci and Shannon Stokes dressed Rih in a range of designers including Off-White and Marques’ Almeida. Nothing like a Dior bra and a neon fun-fur coat for a quick Cheetos run. The magazine’s “Break The Rules” issue hits newsstands on Monday. 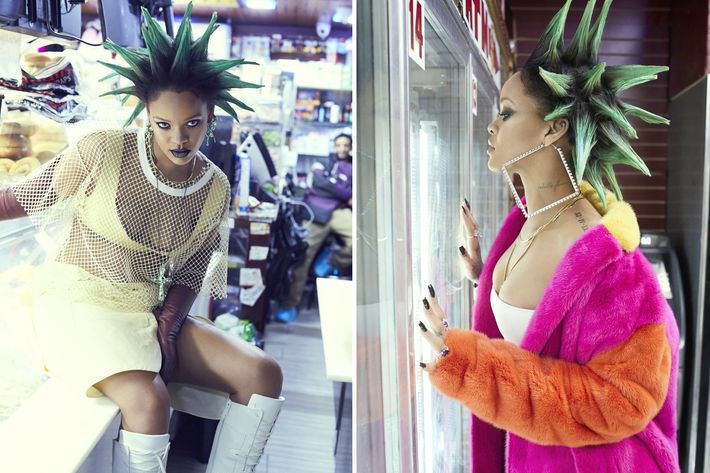 Rihanna Is Lady Liberty in a Bodega for Paper Magazine