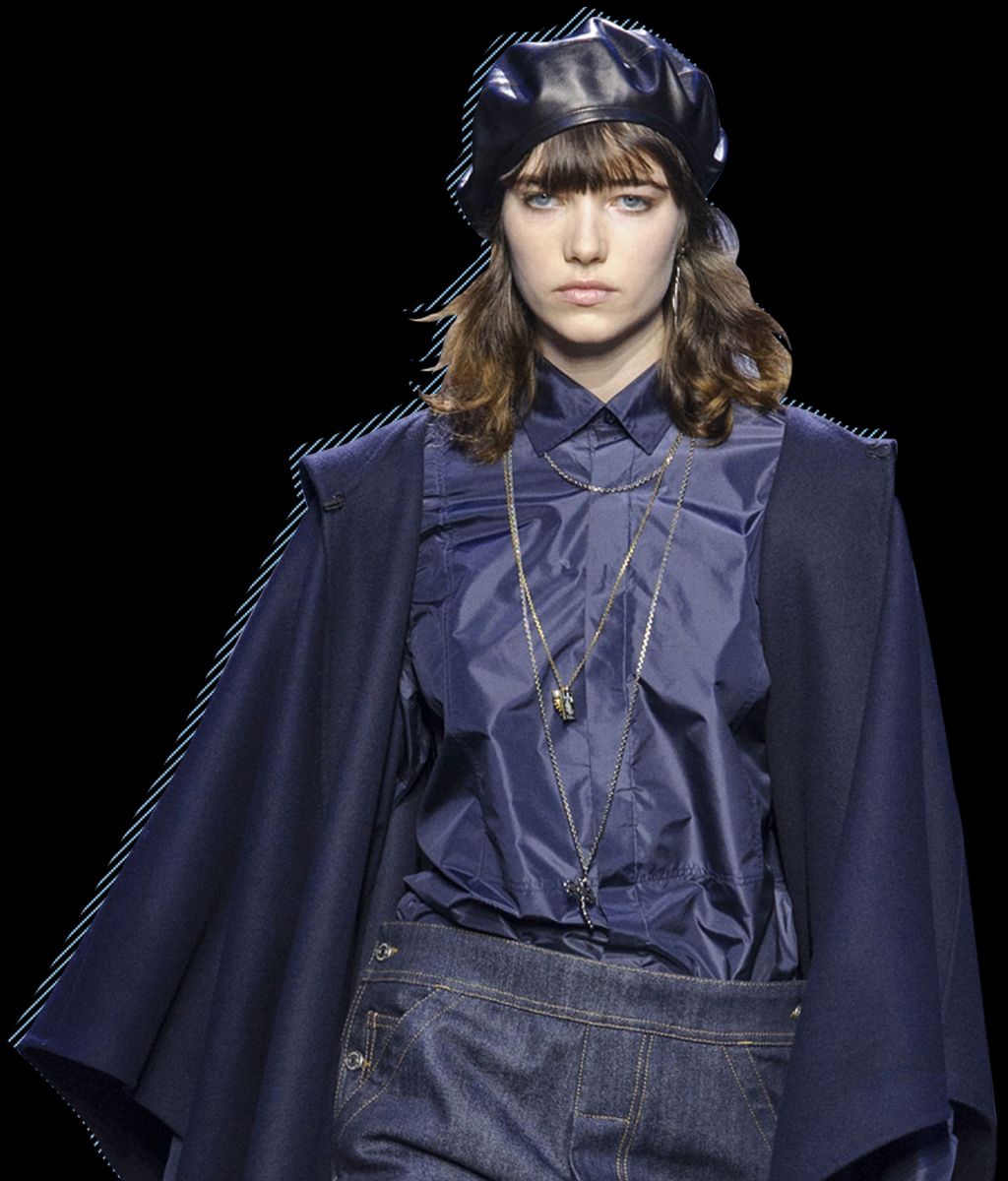 Rihanna entered the Dior show today at the Rodin Museum wearing a cute black leather beret. A few moments later, every model on designer Maria Grazia Chiuri’s catwalk had on the same cute black beret, for all 68 looks.

Really, one was quite enough.

Chiuri does not do things in moderation. She said in her show notes that she was inspired by navy blue, citing various famous artists, and then delivered on her word, showing navy on navy or mixing it with black. There were a few light-blue workwear styles — a jumpsuit, jeans — and later a splash of black and gold, but then Chiuri was back to her navy period. It seemed eternal. Devoting a show to a single hue is hardly new; and black combined with navy is synonymous with Japanese fashion of the late ‘80s and early ‘90s. But Chiuri never made a case, conceptual or otherwise, for using a dominant hue, the way Rei Kawakubo or the artist Robert Ryman would have. She might just as well have chosen red.

Her designs also did not pull weight. This is Dior: A house known for immaculate tailoring, feminine joie de vivre, imagination. But much of what Chiuri has shown at Dior since she became chief designer last year looks not like French high fashion, but instead very nice Italian sportswear. Slacks, knits, utilitarian shoes. One can appreciate that she might want to reinterpret the Bar jacket, just as her predecessors, John Galliano and Raf Simons, did. But today Chiuri took the air out of it; in taffeta, it looked deflated. I wasn’t even sure it was a Bar jacket.

My beef with Chiuri, and why I now question whether she’s the right person to lead Dior, is that she seems exceedingly doctrinaire. If she wants to give the brand a sportier look, there are less generic options than last season’s fencing jackets or this season’s loose workwear style or a crew neck with a sheer, layered skirt. The proportions of her clothes are also very cookie-cutter — the waists of her ubiquitous ballerina dresses never seem to budge. The same with her embroidery: I feel I’ve seen the same, vaguely celestial motifs before. Like Rihanna’s beret.

In short, Chiuri’s collections do not surprise at a level you expect of Dior. That may not matter to her, but it should matter to her bosses.