What cars are to the residents of Los Angeles, tote bags are to New Yorkers: a seemingly bottomless reservoir in which to store all the stuff you might (but probably won’t) need while away from home. Some totes are like shooting stars, passing by you once and then never again, while others are more ubiquitous. Here are seven types of totes you’ll probably spot on your commute home. 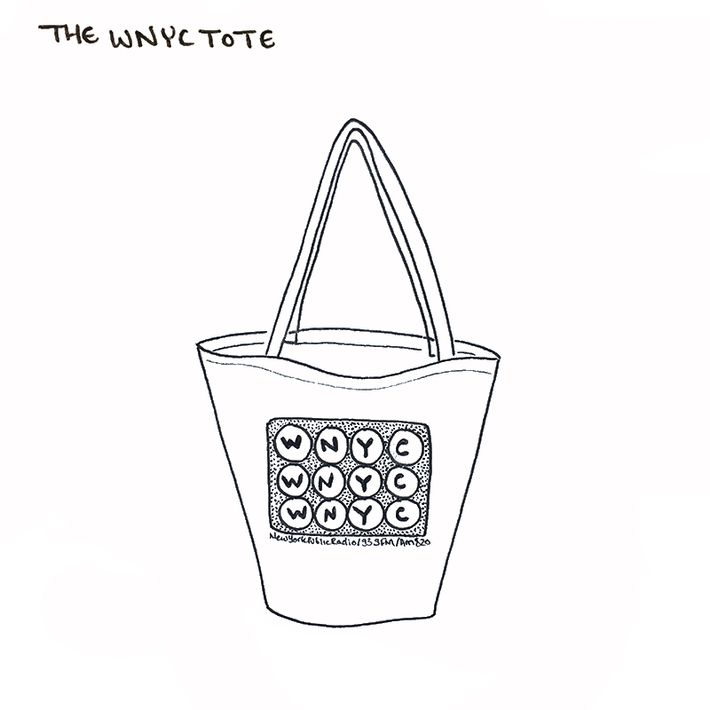 You’ve nailed the “disheveled in an attractive way” look. Your interests include large dogs, recommending podcasts, wearing glasses, and donating to public-radio pledge drives. You still have either a Bernie or a Hillary poster hanging in your window. 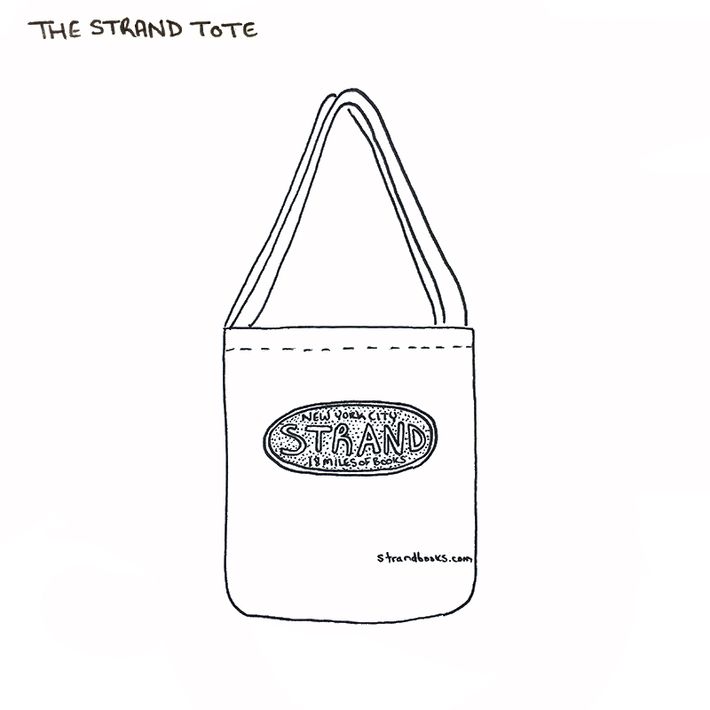 If someone peeked inside this tote bag, they’d find anywhere between one and four Moleskine notebooks. You bought this tote when you were new to New York — maybe as a college student — and were amazed at the sheer number of books the store carries. Now you order everything off Amazon Prime, but still feel guilty about it. It’s just so easy! 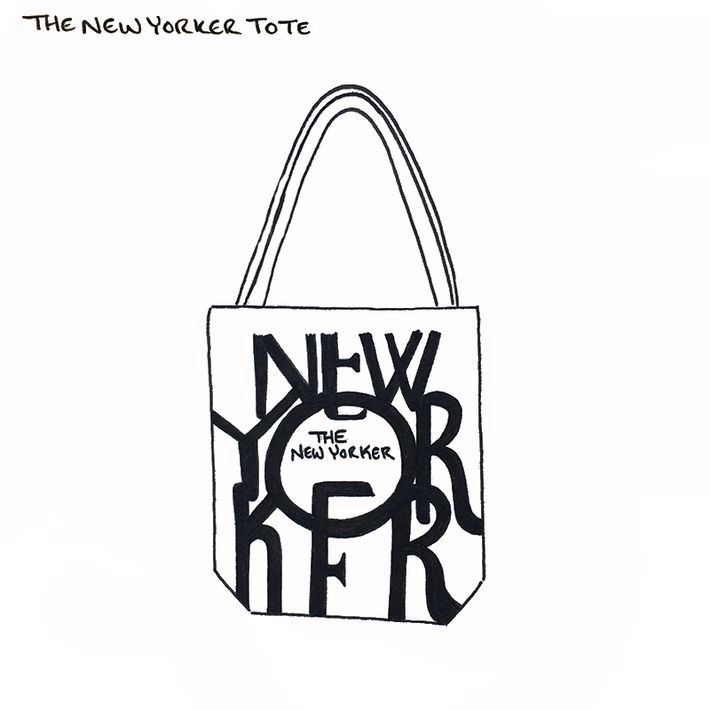 Not only do you laugh aloud at New Yorker cartoons, you clip them out and hang them on your fridge. 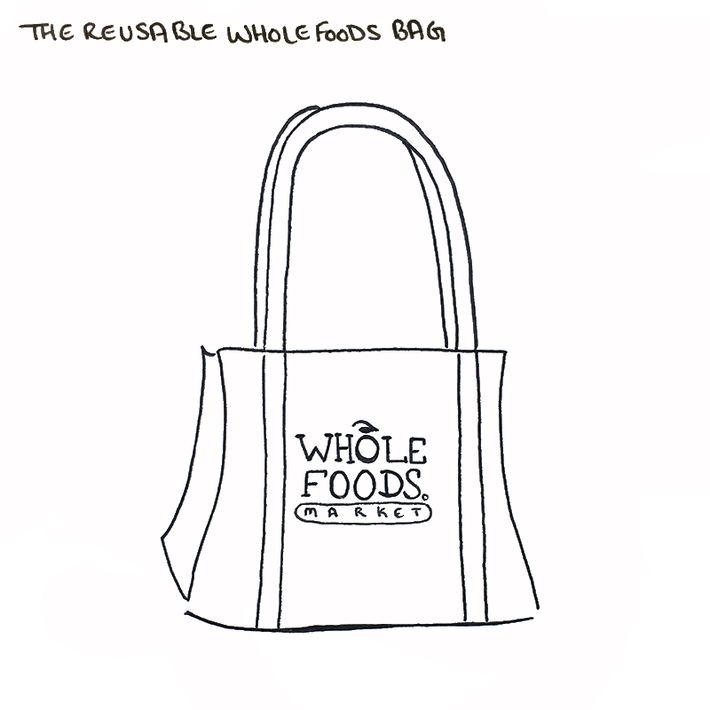 This bag was purchased while waiting in line at Whole Foods, when you realized that you could save ten cents on your $75 of produce if you bought a reusable bag. 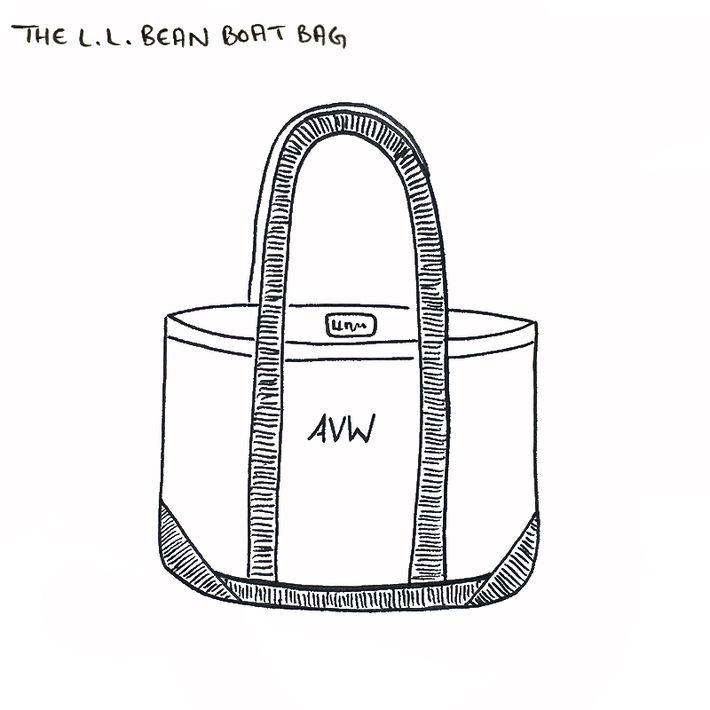 You grew up on the East Coast and were maybe in a sorority. You’re immune to New York cynicism and get unironically excited about Pumpkin Spice Latte season every single year. 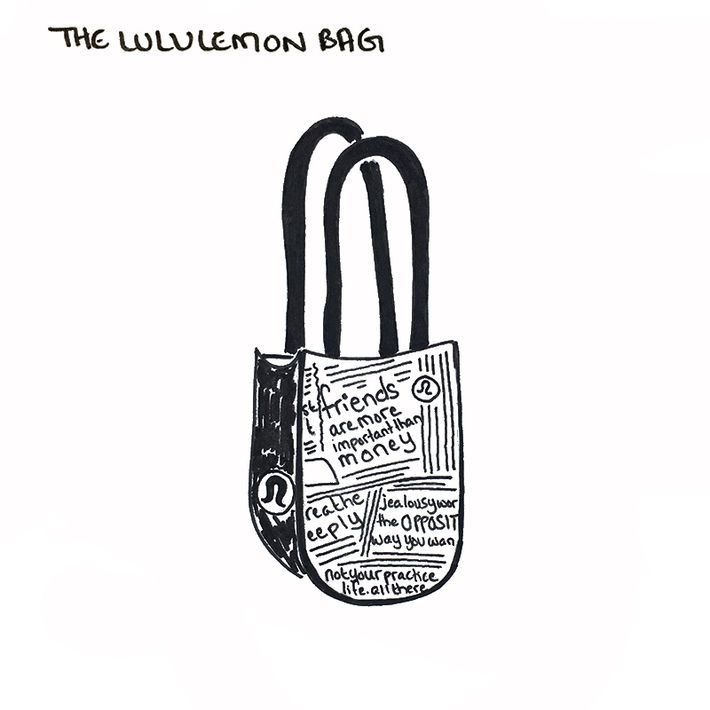 The tiny red Lululemon tote is inevitably filled with a lunch that was meal-prepped, perfectly portioned out, and possibly Instagrammed during the previous Sunday afternoon. Look, you just genuinely love exercise, okay? 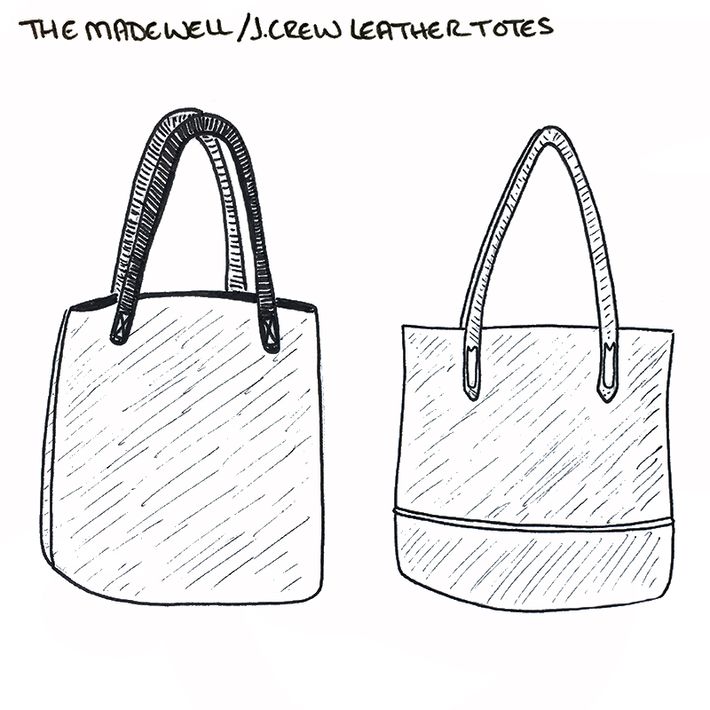 An Illustrated Guide to the Tote Bags of New York

step on me mother 5:00 p.m.
I Love the Scary, Powerful Women of Succession An ode to Shiv, Gerri, Rhea, and the wonderfully terrifying females on this show.
parties! Oct. 15, 2021
The Bestest Party Looks of the Week All hail Jeremy Strong!
terfs Oct. 15, 2021
All the Fallout From Dave Chappelle’s Controversial New Special Amid widespread backlash to transphobic jokes in his latest set, Netflix continues to stand behind the comedian.
friday sales Oct. 15, 2021
18 Things on Sale You’ll Actually Want to Buy: From Ninja to the North Face Including a top-rated nine-in-one air fryer and the tinted moisturizer that’s fit for all skin types.
parties Oct. 15, 2021
These Young Filmmakers Can (Maybe) Finally Quit Their Day Jobs Talking to the winners of the Through Her Lens program.
going green Oct. 15, 2021
Sustainability is … Sexy? Sure, why not.
;) Oct. 15, 2021
Trump Really Wants You to Know He’s ‘Not Into Golden Showers’ Okay, buddy, sure you’re not ;)
are u coming? Oct. 15, 2021
Out With Gabriel Ocasio-Cortez, AOC’s Hot Li’l Bro “Sometimes you have to throw yourself to the wolves.”
By Brock Colyar
celebrity Oct. 15, 2021
What We Learned From the New Brittany Murphy Documentary The murky details surrounding Murphy’s death all point to her husband, who died five months after from similarly mysterious causes.
keeping up with the royals Oct. 15, 2021
Sorry, Was That a Good Opinion From Prince William? The future king says the money being spent on space tourism would be better spent on curbing the climate crisis, and … correct.
finally!!! Oct. 15, 2021
Call Your Therapist, Adele Is Back Her first single in six years, “Easy On Me,” is here.
the law Oct. 15, 2021
Bill Cosby Sued by Former Cosby Show Actress Lili Bernard claims Cosby drugged and raped her in August 1990.
encounter Oct. 15, 2021
Victoria Pedretti Gives Good Despair The You star credits her rise to a “resting existential-crisis face.”
By Casey Mink
¡hola papi! Oct. 15, 2021
‘I Came Out. No One Cares.’ You have to accept that you can’t control how people react to you.
fashion Oct. 14, 2021
Fashion Season Moments That Made Us Go ‘Ahhh’ The Simpsons, egg-shaped heels, and a hair flip to the gods.
fashion Oct. 14, 2021
Kanye West’s Hoodie Is Making People Happy Kanye made something and people aren’t mad.
encounter Oct. 14, 2021
Don’t Ever Count Kyle Richards Out The Real Housewife is returning to her acting roots on top of a very long to-do list.
By Brennan Carley
erotica Oct. 14, 2021
Stanley Tucci Knows Exactly What He’s Doing His latest lesson: how to pick the perfect zucchini ;)
zen men Oct. 14, 2021
Jonah Hill Doesn’t Want to Hear What You Think of His Body No comments, please.
$$$ Oct. 14, 2021
What’s Your Wedding Like When Your Parents Are Billionaires? Jennifer Gates, daughter of Melinda and Bill Gates, is getting married this weekend.
More Stories