The book traces the impact of newly invented designs, like the bikini and the miniskirt, as well as the influence of specific looks throughout history. Developments include Yves Saint Laurent’s Le Smoking suit (which broke the taboo of women wearing pants), Diane von Furstenberg launching her wrap dresses in the 1970s, and Comme des Garçons’ oversized looks, which altered the industry’s standards of beauty and shape.

Click ahead to see illustrations from the book, out today from Smith Books, including sketches of Lady Gaga, Grace Jones, and Debbie Harry. 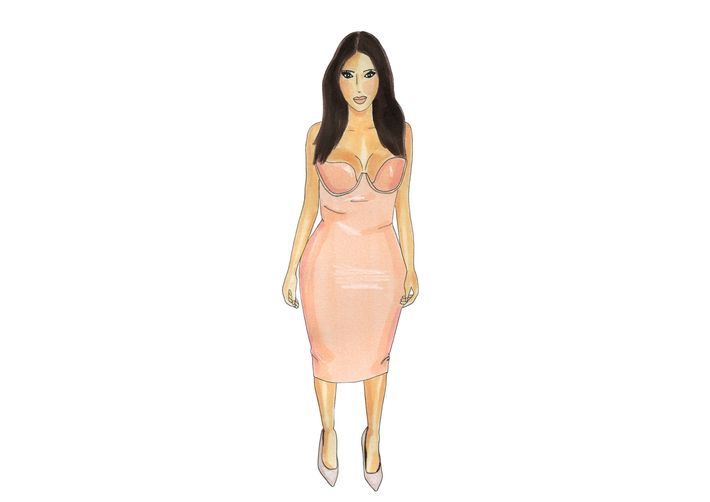 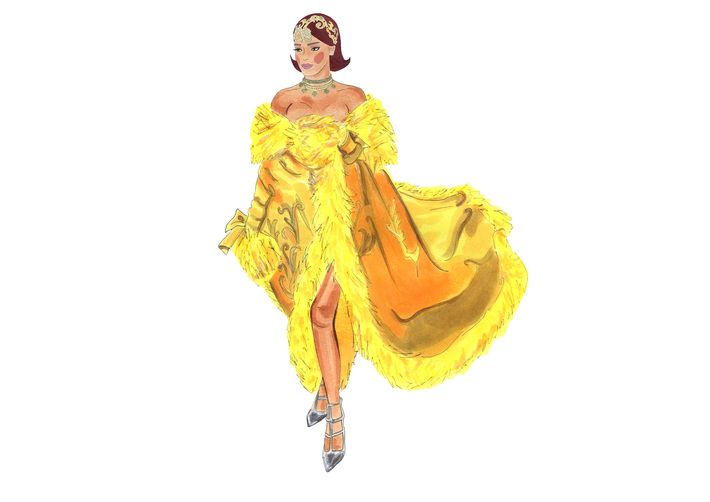 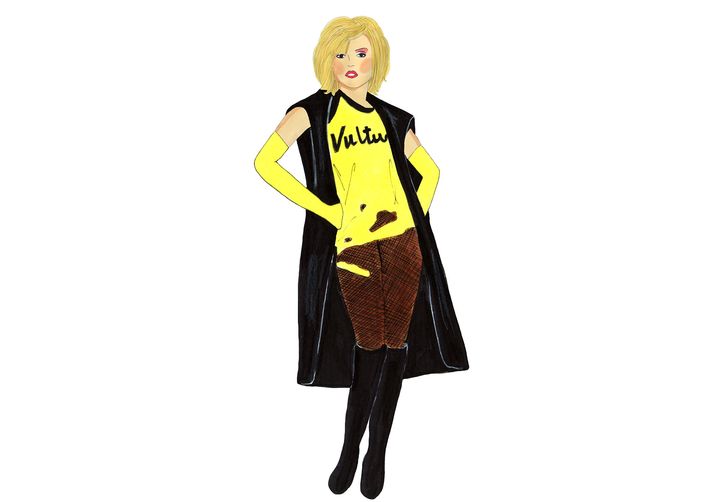 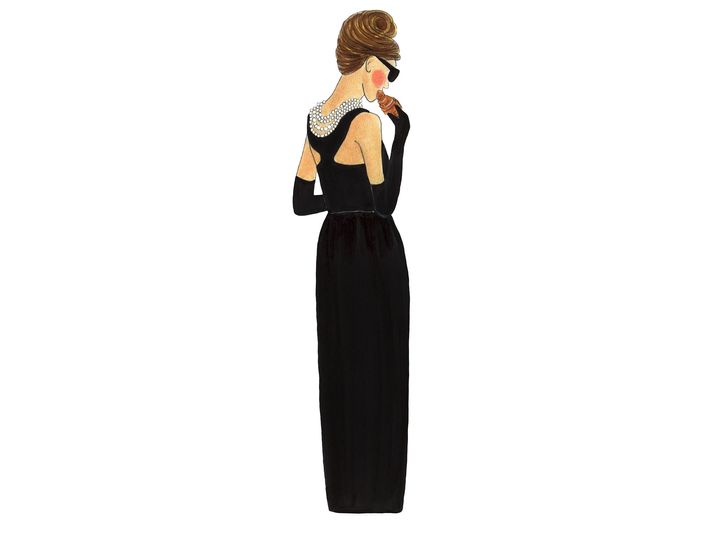 In Givenchy in Breakfast at Tiffany’s. 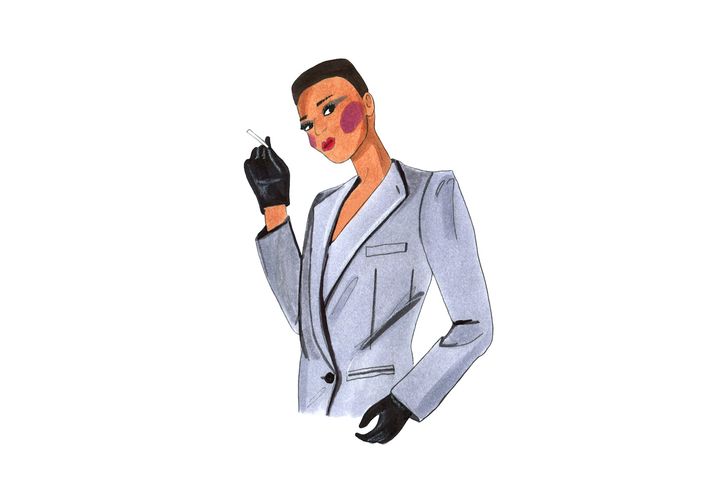 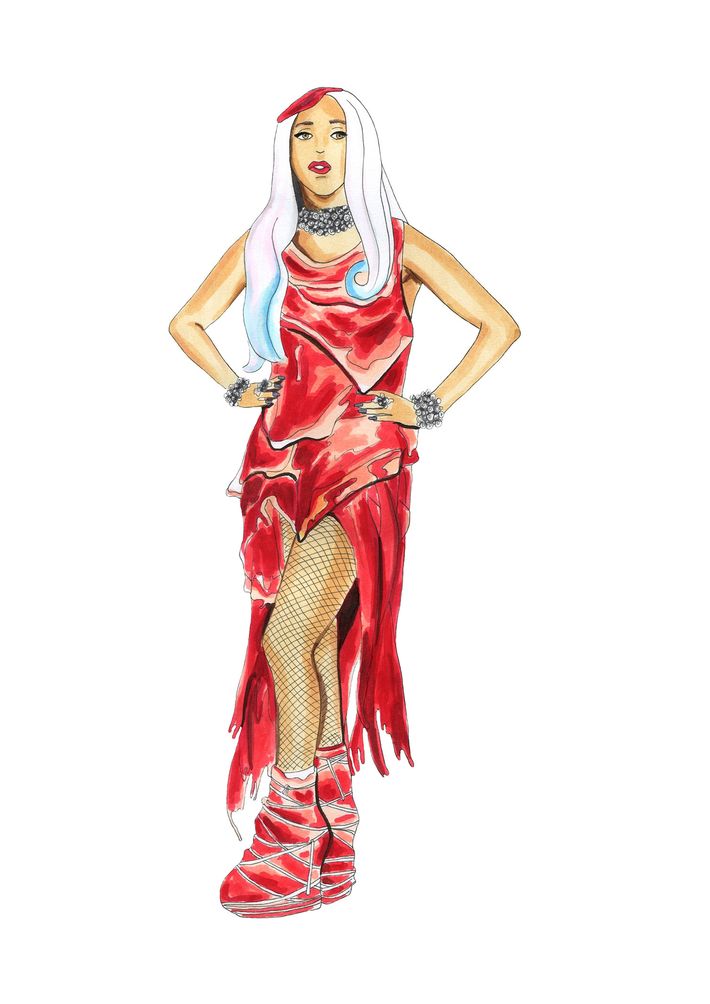 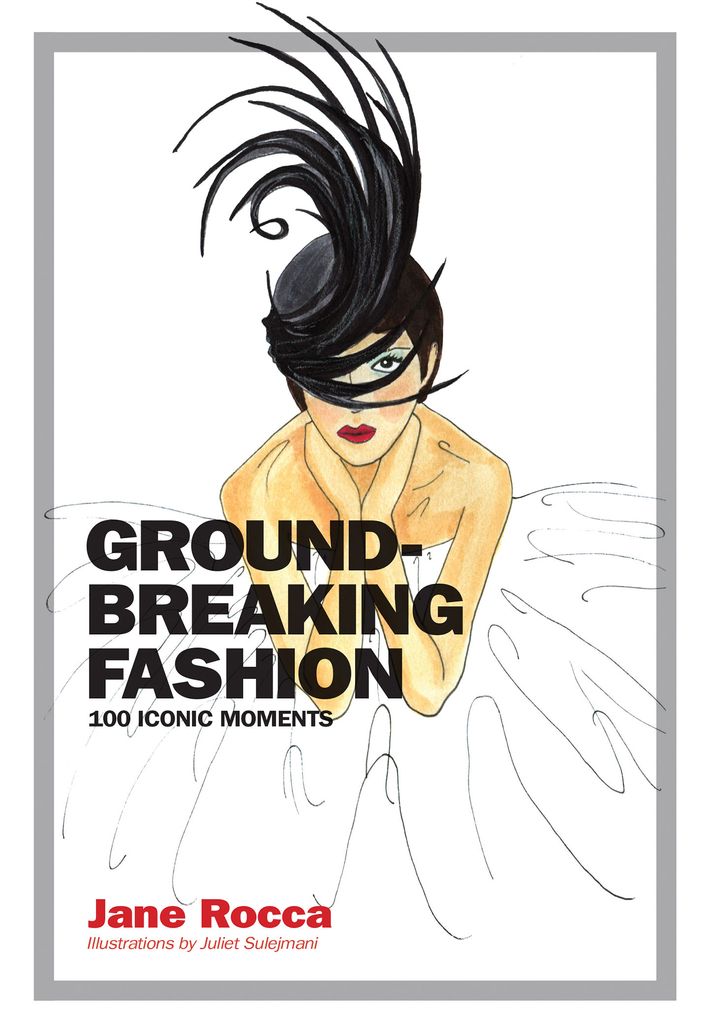 health 10:01 a.m.
Tear Gas Is a Chemical Weapon So why aren’t police banned from using it during protests?
hard pass 8:00 a.m.
I Don’t Need Your Check In Texts Whatever you think I might be feeling because of the news right now, it’s not new for me this week.
protests Yesterday at 9:01 p.m.
How to Support the Struggle Against Police Brutality Organizations to donate to, and other actions to take to help demand justice for George Floyd, Breonna Taylor, and other victims of police violence.
bless his heart Yesterday at 7:32 p.m.
Someone Found Ben Affleck’s Secret Instagram His private account’s username is “positiveattitudehunting.”
crime Yesterday at 4:27 p.m.
Everything We Know About the Killing of George Floyd All four officers involved in Floyd’s death have now been charged.
recommended by experts Yesterday at 4:01 p.m.
How to Protest Safely During a Pandemic If you plan to join a protest for the murders of George Floyd, Ahmaud Arbery, and Breonna Taylor, here’s everything you need to know.
black birders Yesterday at 2:19 p.m.
Black Birding Is About Hope Talking to Corina Newsome, co-organizer of the first-ever Black Birders Week.
space of the week Yesterday at 1:34 p.m.
The Artist Reimagining What Home Looks Like for Black Families Malene Barnett, founder of Black Artists and Designers Guild, is building a virtual concept house that highlights the work of black designers.
By Wendy Goodman
black lives matter Yesterday at 12:47 p.m.
K-Pop Stans Unite to Take Over WhiteLivesMatter Hashtag They’re spamming police surveillance forms and taking over racist hashtags with “fan cams” of their idols.
environment Yesterday at 12:20 p.m.
A Catastrophic Oil Spill in Russia Has Turned a River Red The 20,000 tons of oil could take a decade to clean up.
culture Yesterday at 12:10 p.m.
Someone Really Spent $110,000 on the Robert Pattinson Sex Mermaid? An interview with the mysterious collector who bought her.
pride Yesterday at 12:00 p.m.
Ways You Can Support the Black LGBTQ+ Community For Pride Month and beyond.
By Andrew Nguyen
coronavirus Yesterday at 11:00 a.m.
Everything to Know About the Coronavirus in the United States More than 107,000 Americans have now died from COVID-19.
crime 6/3/2020 at 9:06 p.m.
Minneapolis Police Sued Over Violent Protest Tactics Two lawsuits allege that officers used excessive force against peaceful protesters and journalists.
health 6/3/2020 at 5:15 p.m.
What Is Hydroxychloroquine Anyway? What we know about the malaria drug and the coronavirus.
one stop shop 6/3/2020 at 12:11 p.m.
77 Black-Owned Businesses to Support Right Now From a bookstore in the Bronx to a winery in Vermont.
the body politic 6/3/2020 at 11:24 a.m.
Don’t Call It Rioting Maxine Waters on the history of protest and the language of insurrection.
By Rebecca Traister
influencers 6/3/2020 at 11:20 a.m.
Popular Mommy Vlogger Admits She ‘Rehomed’ Her Adopted Son YouTuber Myka Stauffer is facing backlash after announcing the decision in a new video.
culture 6/3/2020 at 10:06 a.m.
Lea Michele Accused of Racism and Bullying by Glee Castmates “YOU TOLD EVERYONE THAT IF YOU HAD THE OPPORTUNITY YOU WOULD ‘SH*T IN MY WIG!’ AMONG OTHER TRAUMATIC MICROAGGRESSIONS,” Samantha Ware wrote.
power 6/2/2020 at 9:37 p.m.
Minneapolis Public School Board Cancels Police Contract Its unanimous vote will divert $1.1 million from the Minneapolis Police Department.
More Stories