In 1957, two years before her death, Billie Holiday performed for one week at the nightclub Sugar Hill in Newark, New Jersey. Photojournalist Jerry Dantzic freelanced for her record label and spent the week with her, capturing the jazz singer on and off the club’s stage. His intimate photographs were taken at a successful yet precarious time in Holiday’s life — the 42-year-old musician had just performed at Carnegie Hall and released the autobiography Lady Sings the Blues, but she was also struggling with a heroin addiction.

The book Jerry Dantzic: Billie Holiday at Sugar Hill, out April 18 from Thames & Hudson, features Dantzic’s never-before-seen images from that week in Newark as compiled by his son, Grayson Dantzic, with a forward by Zadie Smith. The images show Holiday’s enigmatic stage presence but also provide a rare look into her personal life, behind the scenes of her glamorous career. The singer can be seen washing dishes while visiting a friend’s Harlem apartment, walking home from Sugar Hill alone on dark Newark streets, and applying makeup with her chihuahua Pepi poised on her lap.

Click ahead to see photos of Holiday performing at Sugar Hill, on the street with Pepi, and singing at the Randall’s Island Jazz Festival, where Dantzic photographed her again later that year.

Getting ready at Sugar Hill with Pepi.

Billie at Bill and Maely Dufty’s apartment at 43 West 93rd Street in Manhattan. 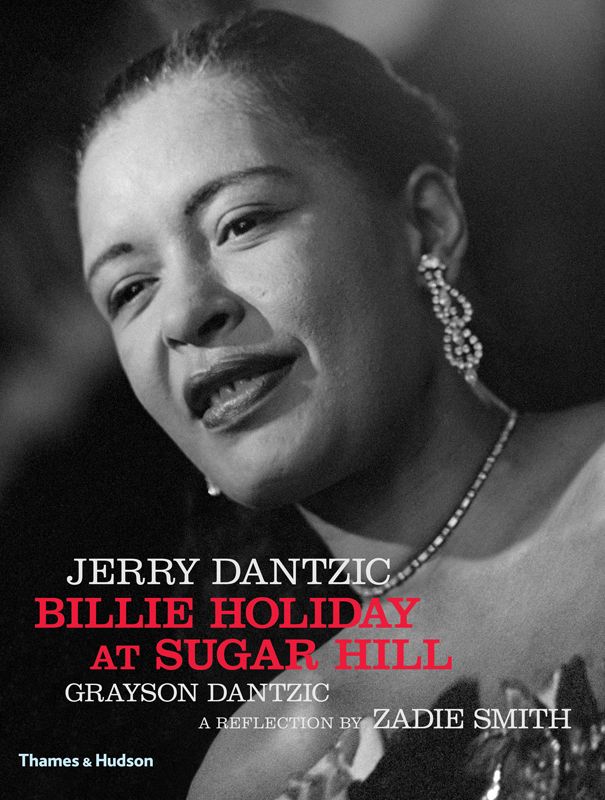