This month, the Cut is digging into acclaimed new novels like Nathan Hills’s The Nix and Elif Batuman’s The Idiot, and rediscovering old favorites like Sharon Creech’s Walk Two Moons. Check out all the books we’ve recommended in past months here. 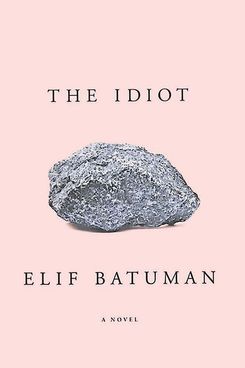 1. The Idiot by Elif Batuman
Elif Batuman’s semi-autobiographical novel is one of the most buzzed-about books of the spring, and it’s not difficult to see why. Following narrator Selin as she navigates the world — from her freshman year at Harvard to a village in the Hungarian countryside — and her first unrequited love is often awkward, always thoughtful, and entirely hilarious. I was genuinely sad to part ways with her at the end. – Gabriella Paiella, Staff Writer 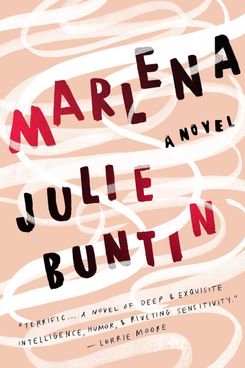 2. Marlena by Julie Buntin
Julie Buntin’s debut novel begins with a dead girl, but its mysteries don’t progress in the ways you might think. Instead, Buntin’s novel burrows inside the mind of the girl who lives, both in teenage sections set in rural Michigan and the narrator’s present day as a sometimes-brooding professional in New York. The novel’s past sections will fill you with rich longing for the kind of faith and fascination friends once inspired, while the present sections will make you crave solitude and a weekday martini. If you can swing it, I recommend meeting a good friend in a dark bar to discuss this book. – Jen Gann, Parenting Editor 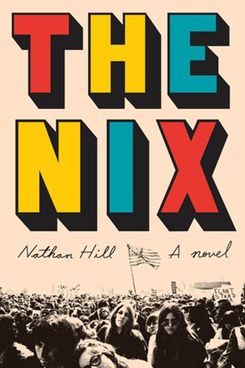 3.The Nix by Nathan Hill
Reviews of The Nix tended to include descriptors like ‘sprawling,’ ‘epic’ and ‘kaleidescopic,’ none of which quite do it justice. Ostensibly a story about a professor reconnecting with his estranged mother after she gets arrested for assaulting a politician, Nathan Hill’s dazzling debut novel inhabits multiple voices and traverses myriad worlds over its 600-plus pages: a plagiarizing college student and computer-game-addicted English professor, a 1960s leftist protestor and a hippie-hating cop, Vice-President Hubert Humphrey and the poet Alan Ginsberg. While his high-wire social satire and rich characterization have garnered comparisons to David Foster Wallace, Thomas Pynchon, and Jonathan Franzen, Hill is an original voice who seems well-poised for entry into the pantheon of great American novelists. I can’t wait to see what he does next. – Anna Silman, Culture Writer 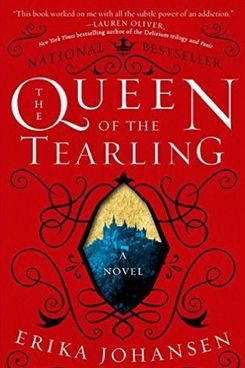 4. The Queen of the Tearling by Erika Johansen
I first saw this book while creeping on Eva Chen’s Instagram stories, but it was the description (a cross between The Hunger Games and Game of Thrones) that really grabbed my attention. What I wound up reading turned out to be completely different and weirdly timely. The premise is like any other postapocalyptic fiction — a girl grows up in a harsh world following a catastrophic incident. Life is especially cruel for the poor, and it’s up to the protagonist to fix it: She’s the queen in a medieval-like society with people out to dethrone (a.k.a. kill) her. As you get further into the trilogy you see flashbacks to an America that is eerily like ours, especially when it comes to women’s rights and the division between the rich and poor. Johansen questions whether utopian ideals can ever be sustainable or if selfish human nature wins in the end. Oh, and there’s some magic too. – Diana Tsui, Senior Market Editor 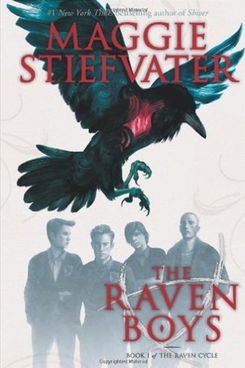 5. The Raven Boys by Maggie Stiefvater
The Raven Boys is the first book in Maggie Stiefvater’s Raven Cycle series, which technically falls under the YA umbrella. But I’ve been carrying this book around unashamed for weeks, despite the fact that its cover recalls my favorite emo boy band. The story — five teenagers’ quest for a mythical Welsh king rumored to be buried in a tiny town in Virginia — is worth it. The Raven Boys is heavy on magic and the occult, and its engrossing characters and overarching sense of mystery nicely drown out the real world. — Claire Landsbaum, Staff Writer 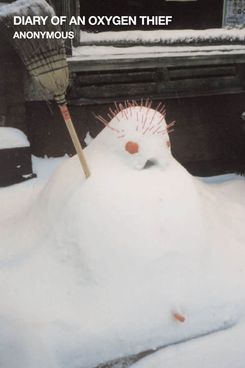 7. Diary of an Oxygen Thief by Anonymous
This book rambles, but it’s easy to follow in the same way that you can keep listening to a heartbroken friend talk in circles. A British man who is a misogynist, an alcoholic, and plagued with an inflated ego discusses all of the women who he’s hurt (with pride), only to then have his heart broken by a New York girl who is a modern-day, Lower East Side “cool girl” version of Lolita. It’s frustrating to watch all the characters navigate the relationships they develop, but a short, good realistic picture of how crazy love can drive people. – Emily Sundberg, Instagram editor 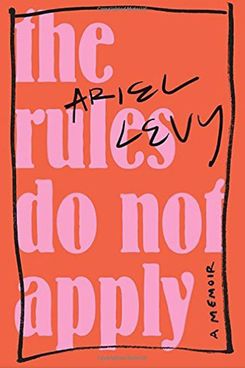 6. The Rules Do Not Apply by Ariel Levy
Ariel Levy’s memoir is the second book this year that has made me sob to the point that I snotted all over everything in my vicinity. (I’m sorry, but it’s necessary to share that image to prove my point: This book will get you to feel!) If you experienced even a modicum of secondhand hurt while reading Levy’s “Thanksgiving in Mongolia” piece from 2013, then do I have news for you: You’re going to snot town. It’s worth it. – Dayna Evans, Senior Writer 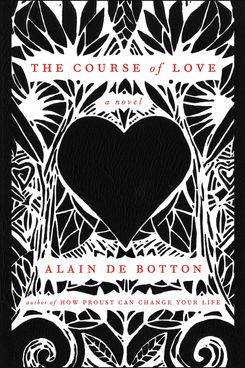 8. The Course of Love: A Novel by Alain de Botton
This book is like a self-help book for dating and relationships, disguised as a novel. (Read his New York Times essay “Why You Will Marry the Wrong Person” first.) It follows one couple from their first date through years of marriage — as they progress, de Botton describes relationship “events” from both points of view: the first time they have sex, their wedding day, their new baby. We understand what each person is thinking and why, with de Botton’s insights sprinkled in. It made me rethink what it means to be happy in a relationship. –Catie L’Heureux, Associate Managing Editor 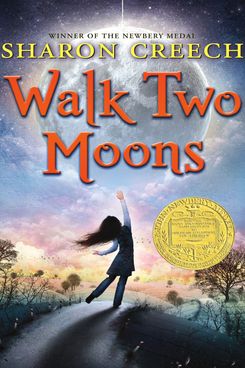 9. Walk Two Moons by Sharon Creech
This is a book I remembered reading as a child, with no actual memory of the plot — just an intense feeling of heavy warmth and a full heart. I couldn’t get it out of my head recently, so I went to the bookstore, because waiting even one more day for shipping, after 20 years, was too much. I’m glad I have no self-control for book buying, because now I know why the feeling has stuck with me all these years. Walk Two Moons is 13-year-old Salamanca’s account of her childhood filled with eccentric characters as she tells it to her grandparents on a road trip from Ohio to Idaho, where she knows her mother is. Her innocent level of emotional blindness and eventual understanding is heart-wrenching. I can tell you nothing more, otherwise you won’t find yourself in your own living room sobbing as the story unfolds. – Raydene Salinas, Photo Editor 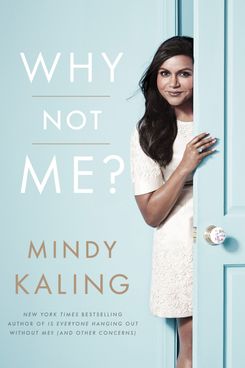 10. Why Not Me? by Mindy Kaling
Like most people who are constantly kidding themselves, I have a stack of “serious” books on my nightstand that I’ve been meaning to get to for some time now. Yet when it comes time to crack open a new book, I’ve found myself reaching for my stash of Famous Funny Lady Memoirs that I’ve acquired over the past few years, as they’ve become popular gifts for Hip Young Millennial Women like myself. (I am very hip, take my word for it. Please.) I do not need to sell you on the fact that Mindy Kaling is good. We all well know by now that Mindy Kaling is extremely good. What I am trying to sell you on is that it is okay to reach past the Maggie Nelson (for now), and seek comfort from this bleak existence in relatable witty anecdotes and wisdom of showbiz’s women most likely to appear in clichéd headlines next to the words “badass” and “feminist.” – Marissa Cetin, Social Media Editor 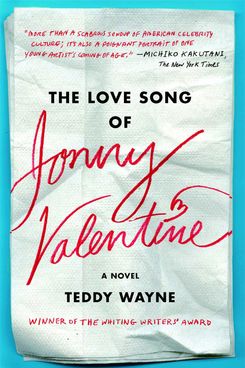 11. The Love Song of Jonny Valentine by Teddy Wayne
Those of us fascinated by Justin Bieber (which I assume is everyone) will enjoy this book. It’s written by Teddy Wayne (I highly recommend his “Unpopular Proverbs“) and I’ll admit, it’s a few years old by now. But it’s a look at an 11-year-old pop star who’s trying to figure out life as a preteen, while grappling with fame, an intense stage mom, and an absent father. It’s a smart and witty read that will make all of us far more sympathetic to the plight of child stars. – Lisa Ryan, Staff Writer