Lisbon-based artist Mónica de Miranda uses mixed media and photography to explore the African diaspora, identity, and geography. Her latest exhibition “Panorama,” which opens May 19 at Tyburn Gallery in London, traces her family’s roots back to Angola, Africa, where she photographed crumbling mid-century modernist architecture. The landscape images juxtapose present-day Angola with the country’s colonialist past, from Portuguese rule in 1482 until 1975, after the Angolan War of Independence. De Miranda was born in Portugal; her parents grew up in Angola.

The exhibition is named after the Hotel Panorama in Angola’s capital city, Luanda, and features photographs of urban spaces in disrepair: a movie theater with rows of broken white chairs, abandoned buildings, and empty swimming pools. By choosing spaces that served as entertainment hubs during colonial rule, and depicting those scenes in decay, de Miranda nods to the country’s history from colonization to independence, gentrification, and globalization. At the same time, she shows strength and optimism in present Angola, capturing young girls and lush greenery that slowly creeps into each frame’s background. Some of the photos are taken in de Miranda’s mother’s home town of Malanje; the sunny images symbolize the country’s reclaiming of itself.

Click ahead to see photos from the exhibition, on view until July 13. 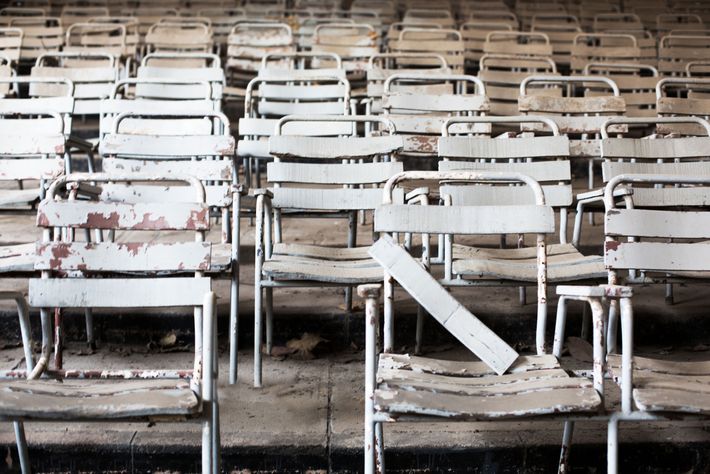 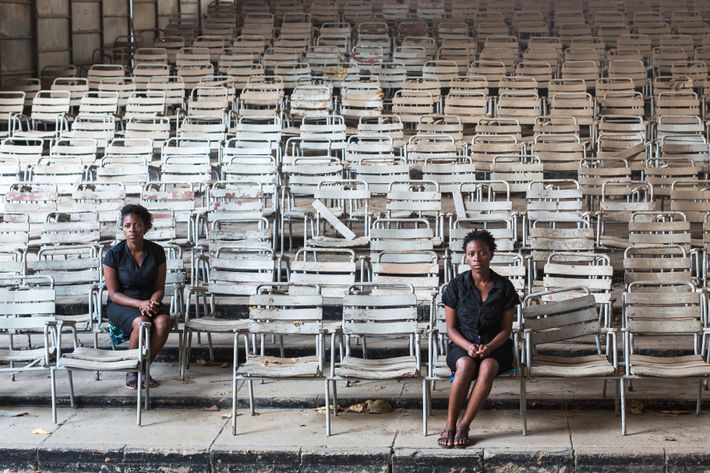 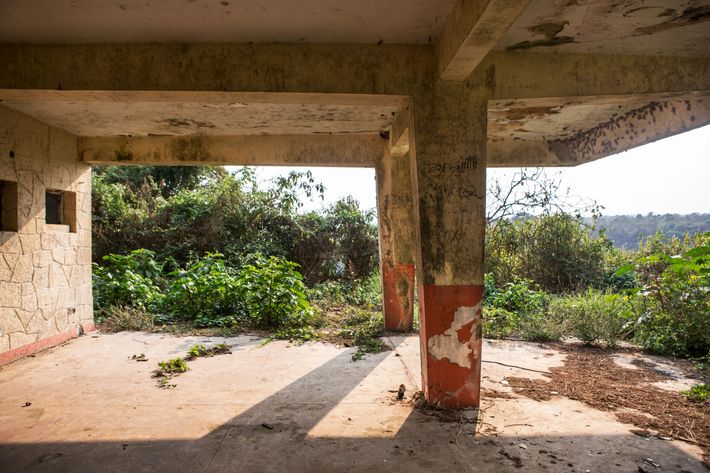 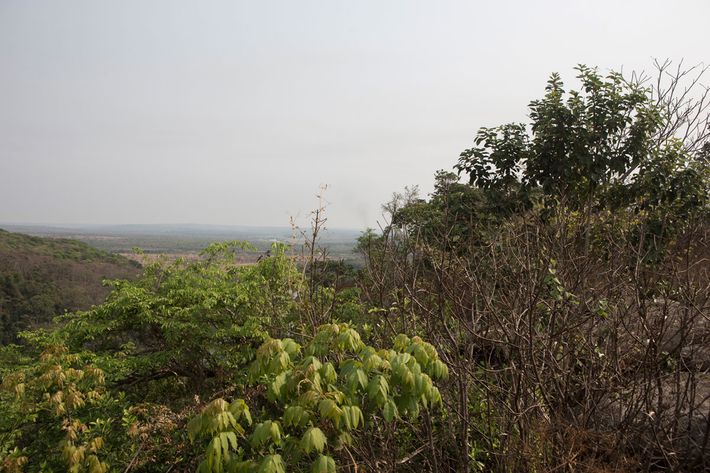 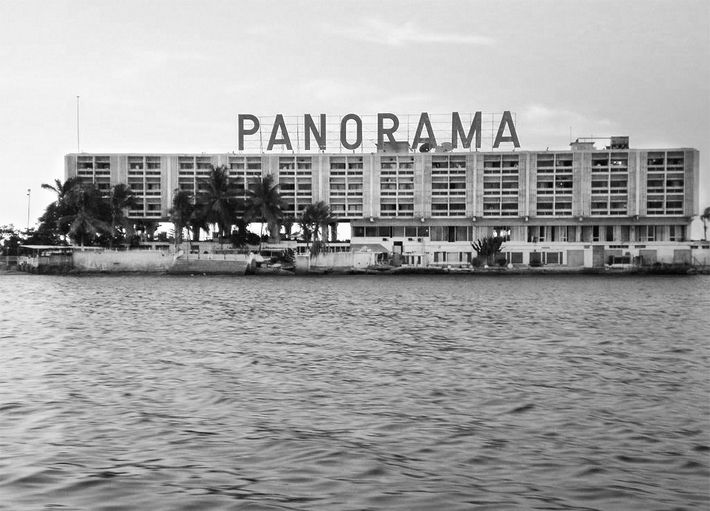 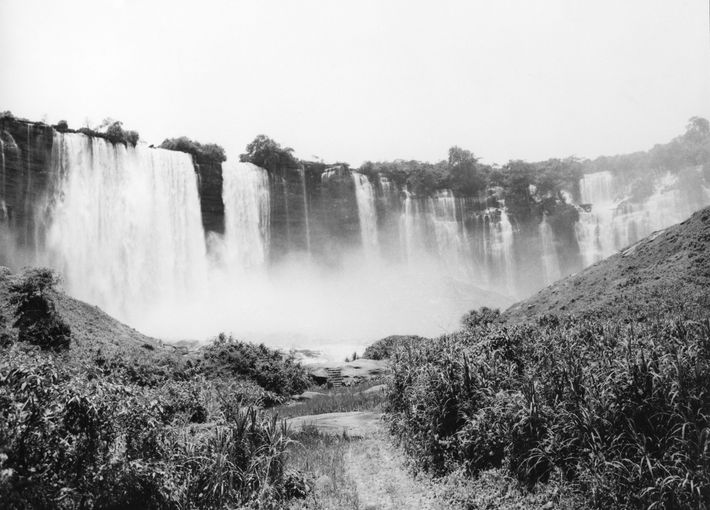 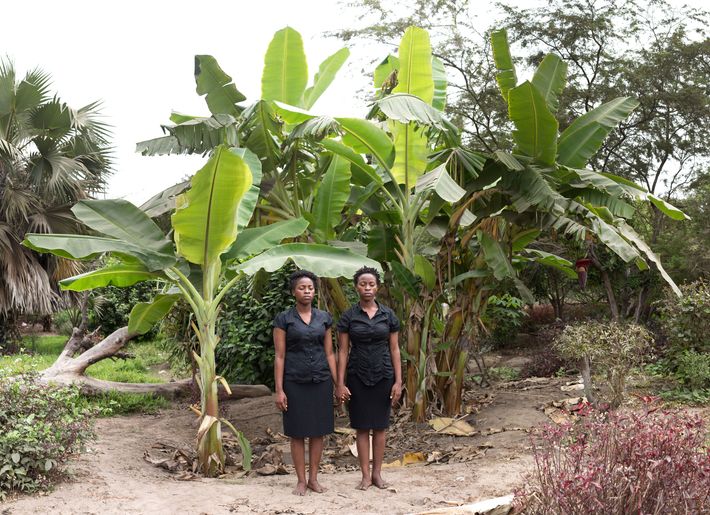 A Photographer Travels to Angola to Trace Her Family’s Roots

very online 4:59 p.m.
Here’s What a Metaverse Rave Is Like, I Guess In fairness, I couldn’t figure out how to make my avatar dance either.
no! 4:33 p.m.
Let the M&M’s Be Hot and Mean A rude corporate rebrand has decided the M&M’s characters should be … progressive?
enough 12:46 p.m.
What Else Can We Put in Space? Apparently, someone is building a movie studio and sports arena out there.
power 12:00 p.m.
Working Through the End Days of Roe The staff at the Jackson Women’s Health Organization is too busy to dread what’s very likely to come.
science 11:22 a.m.
Give Me the Goth Space Diamond Sotheby’s is expected to sell the 555.55-carat black diamond for at least $6.8 million.
my two cents 8:00 a.m.
‘I Was Harassed at Work. Can I Afford to Sue?’ Taking legal action might be more feasible than you think.
By Charlotte Cowles
recap 8:00 a.m.
And Just Like That … Miranda Blows Up Her Life, Again At least Harry doesn’t have penis cancer.
first person 7:00 a.m.
The First Time Was Terrifying. Now, It’s Just Excruciating. My family’s second bout with COVID might be worse.
By Reyhan Harmanci
valentine's day 7:00 a.m.
40 Valentine’s Day Gifts From Target All the heart-shaped products your heart desires.
zodiac seasons 7:00 a.m.
Your Guide to Aquarius Season Now is the time to be inventive and rebellious.
By Claire Comstock-Gay
succession Yesterday at 7:54 p.m.
Let This Brian Cox Quote Be Your Guide The Succession star is “too old, too tired, and too talented,” and, honestly, same.
tv Yesterday at 6:23 p.m.
Here’s Sebastian Stan on Filming With an Animatronic Penis The actor had a one-of-a-kind experience filming Pam & Tommy.
valentine's day Yesterday at 3:11 p.m.
58 Gifts for the Person You Love They deserve the world, but these picks will work too.
celebrity Yesterday at 1:59 p.m.
Finally, Something Bono and I Can Agree On He is apparently embarrassed by “most” of U2’s music.
news Yesterday at 1:56 p.m.
Cardi B Offers to Pay Funeral Costs for Bronx Fire Victims Last week’s apartment fire left 17 people dead and over 60 injured.
self Yesterday at 1:15 p.m.
I’m Tired of Explaining Why I Don’t Drink We have to expand our language beyond “sober.”
By Sarah Wood
remembrances Yesterday at 12:39 p.m.
The Fashion World Remembers André Leon Talley Designers, writers, and celebrities paid tribute to the inimitable fashion icon, who died on Tuesday at 73.
vampires Yesterday at 12:08 p.m.
Megan Fox’s Engagement Ring … Bites? “The bands are actually thorns. So if she tries to take it off, it hurts.”
celebrity Yesterday at 11:03 a.m.
Tracing the Ongoing Feud Between Britney and Jamie Lynn Spears Things spiraled out after Jamie Lynn went on Good Morning America to promote her new book.
style Yesterday at 9:35 a.m.
Anna Wintour Remembers André Leon Talley The Vogue editor mourned her friend and former colleague, calling him “a brilliant and compassionate man.”
More Stories