This month, the Cut is anticipating the arrival of summer by stocking up on beach reads, including Zoe Pilger’s Eat My Heart Out, Goldy Moldavsky’s No Good Deed, Stephanie Danler’s Sweetbitter, and Kevin Kwan’s Rich People Problems (along with, of course, some heavier fare). Check out all the books we’ve recommended in past months here. 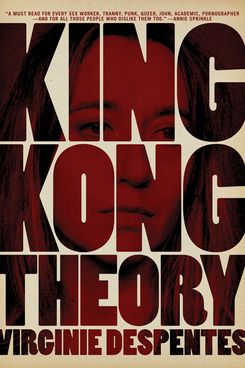 1. King Kong Theory by Virginie Despentes
“Virginie Despentes’s King Kong Theory begins, ‘I am writing as an ugly one for the ugly ones,’ and it’s all uphill (or is that downhill?) from there. A friend loaned me the book after we both read Jessa Crispin’s Why I Am Not a Feminist, and while there was some stuff in King Kong Theory that left me cold, it gave me a lot to think about. Want to read the opposite of Ivanka Trump’s work manual for empowered rich ladies? Try Despentes.” —Dayna Evans, senior writer 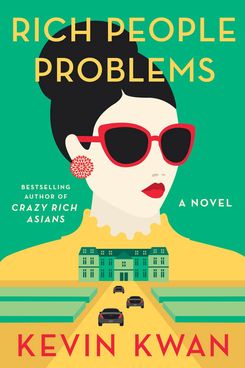 2. Rich People Problems by Kevin Kwan
“I’ve been eagerly anticipating the third book in Kevin Kwan’s Crazy Rich Asians series. Like the first two, it’s an absurd, over-the-top look at an extremely wealthy family in Singapore, where net worth is measured in billions. Our protagonist from the first two books, Rachel, takes a sideline here in favor of some of the other, more eccentric members of the Shang clan. There’s a kidnapping, a failed suicide, and a sex-tape scandal — and that’s just the plot for one character. Add in family secrets dating back to World War II and petty inheritance squabbles, and you have a juicy, pleasurable, and quick beach read.” —Diana Tsui, senior market editor 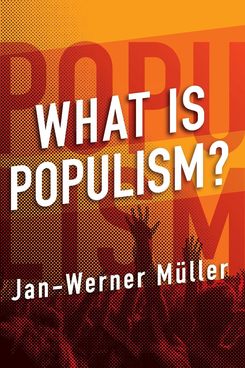 3. What Is Populism? By Jan-Werner Müller
“Oddly enough, I stumbled upon this book through an audio excerpt on SoundCloud (I know, how stereotypically millennial). Regretfully, I read less than I should, but the poli-sci major in me couldn’t resist. Jan-Werner Müller explores the ideology of populism and some of what he calls its misconceptions, arguing that populism creates the illusion of democracy, while at the same time can potentially erode the very foundations of liberal democracy. He also explains how these figures are able to amass such seemingly widespread support through bribery, mass clientelism, and legal manipulation. Usually, these types of texts can be very dense, but his inclusion of current real-world examples puts his theories in a context that hit very close to home.” —Indya Brown, fashion assistant 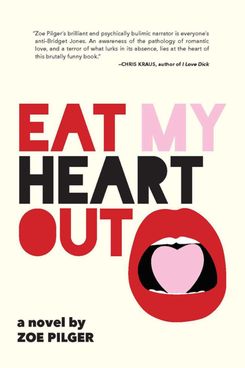 4. Eat My Heart Out by Zoe Pilger
“This was a really bizarre book that had all the components of the perfect commute and/or beach read: It starts with a romance-crazy, Cambridge-educated 23-year-old jumping onto the back of a man she falls in love with at first sight, and follows her and her bohemian friends in London. Her roommate is reminiscent of a young, wealthy Andy Warhol, and her new love interest is a self-absorbed authority on postmodern feminism. By the end of the book, you really don’t like any of the characters, but you certainly laugh and even physically cringe at their sexual encounters, self-destructive behavior in everything from parties to friendships, and masochistic lives.” —Emily Sundberg, Instagram editor 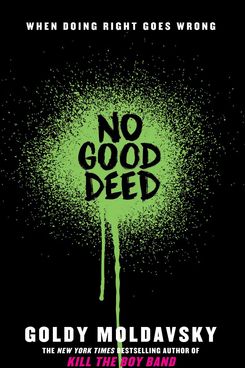 5. No Good Deed by Goldy Moldavsky
“I loved Goldy Moldavsky’s debut novel Kill the Boy Band, which filled the One Direction–shaped hole in my heart, post-hiatus, last summer. No Good Deed (out later this month) follows a Superman-obsessed Brooklyn teen on his first summer at sleepaway camp — and it’s not just any sleepaway camp. This camp is purportedly run by a quasi–Steve Jobs/Mark Zuckerberg figure (Moldavsky’s Silicon Valley shade is delicious) for overachieving activist teens — and, boy, there is a champion for literally every possible cause. (The men’s-rights activist teen is, naturally, a villain.) Things get even weirder when a famous actress joins the campers, and Moldavsky’s writing is never better than when it’s about the bizarre dynamics of modern celebrity. Like last month, I’m still having trouble pushing through books with heavier subject matter, so I’ve been switching between No Good Deed and The Handmaid’s Tale, a strategy I wholeheartedly endorse.” —Marissa Cetin, social-media editor 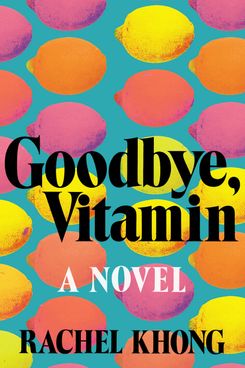 6. Goodbye, Vitamin by Rachel Khong
“This book is written as a series of sparse, thoughtful journal entries by a woman who’s recently broken up with her fiancé and moved back home to help care for her dad, a one-time college professor who now has Alzheimer’s. It’s packed with quietly funny observations and tender moments, though the last bit destroyed me before I realized what was happening.” —Gabriella Paiella, staff writer 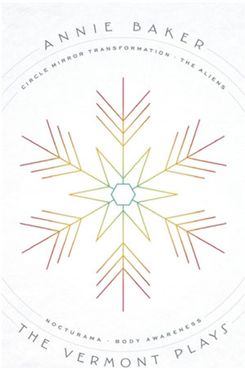 7. The Vermont Plays by Annie Baker
“Last week, I saw The Antipodes, Baker’s new play, at the Signature Theatre. I liked it, but I was surprised to realize I might like reading her plays even more — seeing the way she captures the rhythms of speech on the page is astonishing. All four of these plays take place in (yes) Vermont, but their settings are more forlorn and specific than that suggests: the back patio of a coffee shop, the restored home of a dead poet, an adult-education acting classroom. These are not places you might have believed that you wanted to spend time in, but you will.” —Molly Fischer, senior editor 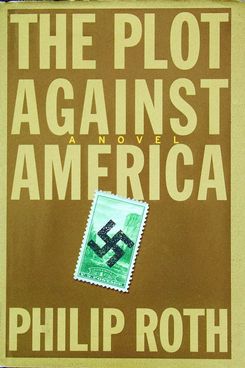 8. The Plot Against America by Philip Roth
“It seems right that I use my platform here to introduce you all to a new talent you’ve probably never heard of. All kidding aside, this decade-old novel has newly attained Handmaid’s Tale–esque relevance in These Our Times, since it’s the story of a populist demagogue who finds his way to the highest office in the land. In Roth’s counter-history, it’s America First–er and famed aviator Charles Lindbergh who becomes president. While the narrative eventually gets wilder and wilder, what struck me about the novel is how “normal” much of it feels, and how it portrays a worsening world that isn’t perceived by many in the country. (For what it’s worth, Roth himself has said that the better Trump-era fable is Herman Melville’s The Confidence Man. Maybe that will be my next read.)” —Véronique Hyland, senior fashion-news editor 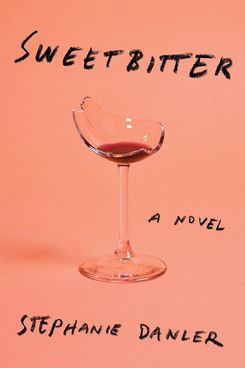 9. Sweetbitter by Stephanie Danler
“I breezed through this coming-of-age novel every night on the subway last week. It’s a fast, enticing read: 22-year-old Tess moves to New York City and gets a job at the city’s most popular restaurant (based on Danny Meyer’s original Union Square Cafe, where Danler worked). People love this book for the inside look at the food industry (sex, drugs, frenetic health-department inspections), but as a former waitress, I loved Danler’s poetry best. Between chapters, she sprinkles staccatolike poems with snippets of overheard conversation that perfectly capture a restaurant’s buzz on a busy night.” —Catie L’Heureux, associate managing editor

the grub street diet 6:00 a.m.
Rachel Antonoff Names Her Pies “I’m like, ‘Do you prefer Bob or Judy?’”
By Rachel Sugar
crime Yesterday at 5:58 p.m.
A Mother Pushing a Stroller Was Shot and Killed in Manhattan Investigators say 20-year-old Azsia Johnson was shot at “very close range” while on the Upper East Side Wednesday night.
5 questions with... Yesterday at 4:43 p.m.
Saucy Santana on the Formula for Going Viral Santana makes viral videos in one take. He does so by staying true to himself.
the body politic Yesterday at 4:00 p.m.
The Abortion Stories We Didn’t Tell How decades of silence left us unprepared for the post-Roe fight.
By Rebecca Traister
pride Yesterday at 2:00 p.m.
‘I’m Trying to Focus on the Joy’ Celebrating 20 years of Pride in St. Petersburg amid Florida’s anti-LGBTQ+ crusade.
By Ashley Dye
that's hot Yesterday at 1:19 p.m.
Paris Hilton Has Her Priorities Straight No president is more important than Britney, bitch.
trendspotting Yesterday at 1:00 p.m.
The Bride Who Didn’t Care Meet the too-cool-for-tradition aesthetic.
By Laura Pitcher
power Yesterday at 12:40 p.m.
Ketanji Brown Jackson Is Officially a Supreme Court Justice She was sworn in on Thursday, becoming the first Black woman to ever serve on the bench.
celebrity Yesterday at 12:40 p.m.
The Investigation Into Meghan Markle Bullying Claims Is Over The findings will not be made public.
life after roe Yesterday at 12:00 p.m.
What Makes People Change Their Minds About Abortion? Pro-choice evolutions can take years, a timeline that feels painfully slow in this post-Roe moment.
life after roe Yesterday at 11:40 a.m.
The Uphill Battle to Codify Roe v. Wade President Biden has called on Congress to make an exception to the filibuster rule so it can reinstate federal abortion protections.
my two cents Yesterday at 8:00 a.m.
How to Find a Financial Adviser And how to know if you really need one.
By Charlotte Cowles
life after roe June 29, 2022
Some Hospitals Have Already Stopped Providing Plan B A health system in Missouri says it has stopped providing emergency contraception until the state’s abortion ban is “better defined.”
don't call it a comeback June 29, 2022
Cameron Diaz Is Coming Out of Retirement With a little help from Tom Brady.
crime June 29, 2022
R. Kelly Has Been Sentenced to 30 Years in Prison “The public has to be protected from behaviors like this,” a judge told the singer.
in sickness and in health June 29, 2022
Travis Barker Has Been Hospitalized He’s reportedly being treated for pancreatitis after a recent colonoscopy.
celebrity June 29, 2022
Lauren Conrad Reveals She Had an Ectopic Pregnancy “I wanted to share my own experience with lifesaving reproductive care.”
abortion June 29, 2022
Meghan Markle Calls On Men to Be Vocal About the End of Roe In a new conversation with Vogue, she spoke about the devastating impact of the SCOTUS ruling.
shopping June 29, 2022
What to Expect From the Nordstrom Anniversary Sale Deals incoming.
skin kare June 29, 2022
Kim Kardashian Is Being Sued Over SKKN A Black-owned beauty brand filed a suit alleging copyright infringement.
More Stories