A male model held a selfie stick aloft at Death to Tennis’s Spring 2018 presentation at New York Fashion Week Men’s, angling for the best shot of himself. Elsewhere, a trio of young men in extravagant rolled pompadour coifs — like a mashup of James Dean and Mildred Pierce — stared intently at their own reflections in a mirrored column.

The clothes themselves — sharp anoraks, three-quarter raincoats, and roomy cropped trousers — receded. What stood out was a print based on New York artist Keith Mackie’s Mystical Peacock. But the bird’s feathers were deconstructed and looked like so many peering, relentless miniature eyes. With that, designers William Watson and William Oshun seemed to say that their modern man was but a virtual-world variation on Narcissus. 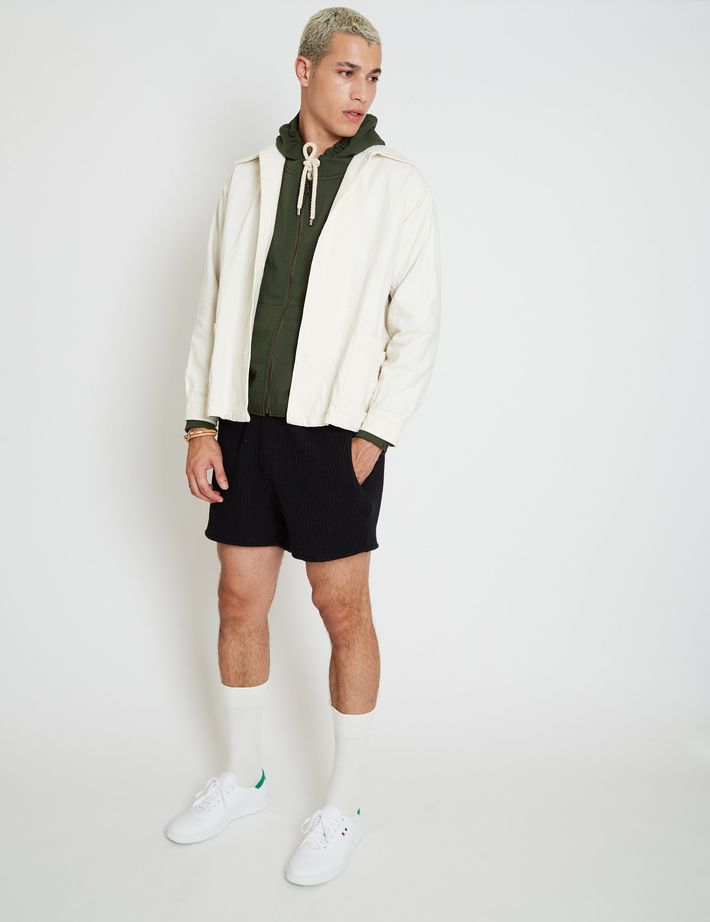 Fortunately, designer Todd Snyder wasn’t looking inward. He livened up his usual classic americana at his crowd-pleasing Monday-night show with bold Moroccan stripes, trendy wide-legged pleated khakis, and shorts. One blue-satin varsity jacket was worn with gray Bermudas and black socks and shoes. He said the black socks were a nod to his dad, but the look also nicely dovetails with what the guys in Brooklyn are wearing these days. But will the sense of irony burgeon beyond the borough? 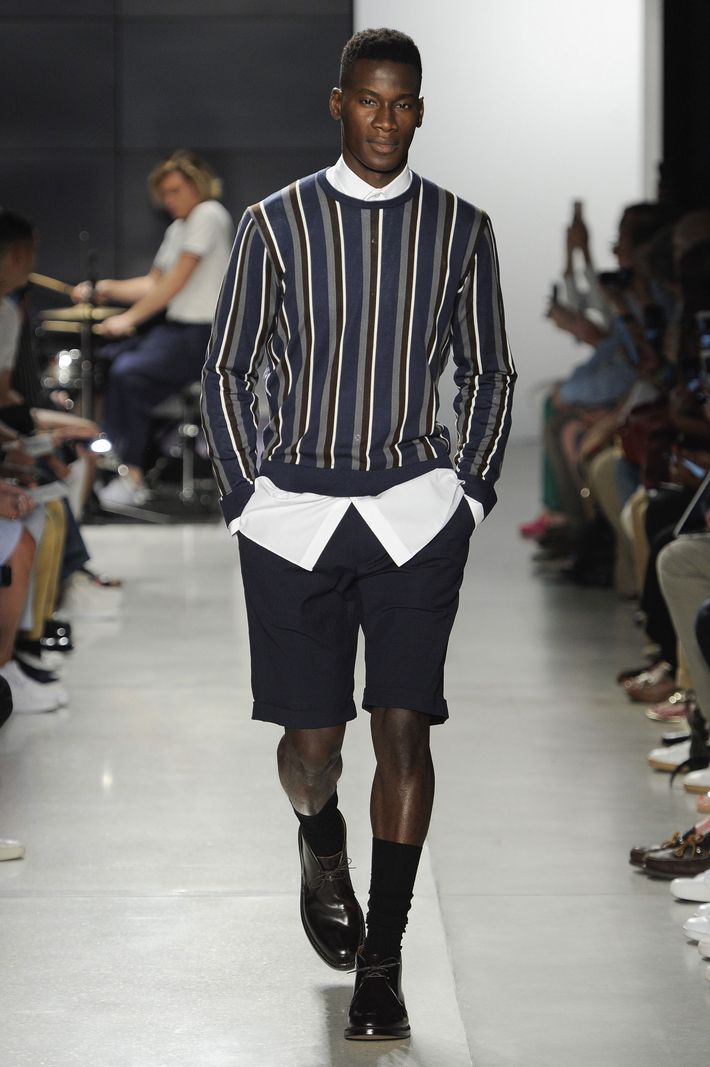 Earlier, David Hart put on a seemingly happy face with a Cuban-themed collection at the NYMD group showings. Known for his deft use of color, Hart’s lineup included a mint suit over a riotous banana-print shirt, a pink guayabera worn with cantaloupe trousers, and an espresso-hued tuxedo that would be a good bet for the upcoming Emmy Awards red carpet.

In truth, Hart was a bit vexed. When the collection was conceived six months ago, he thought it would presage a visit to the isle. “Unfortunately, I won’t be able to go now,” he said, thanks to the new administration. Still, he was pleased to point out that his multicultural cast came from a new model agency, Anti, made up of refugees from Trump Models. 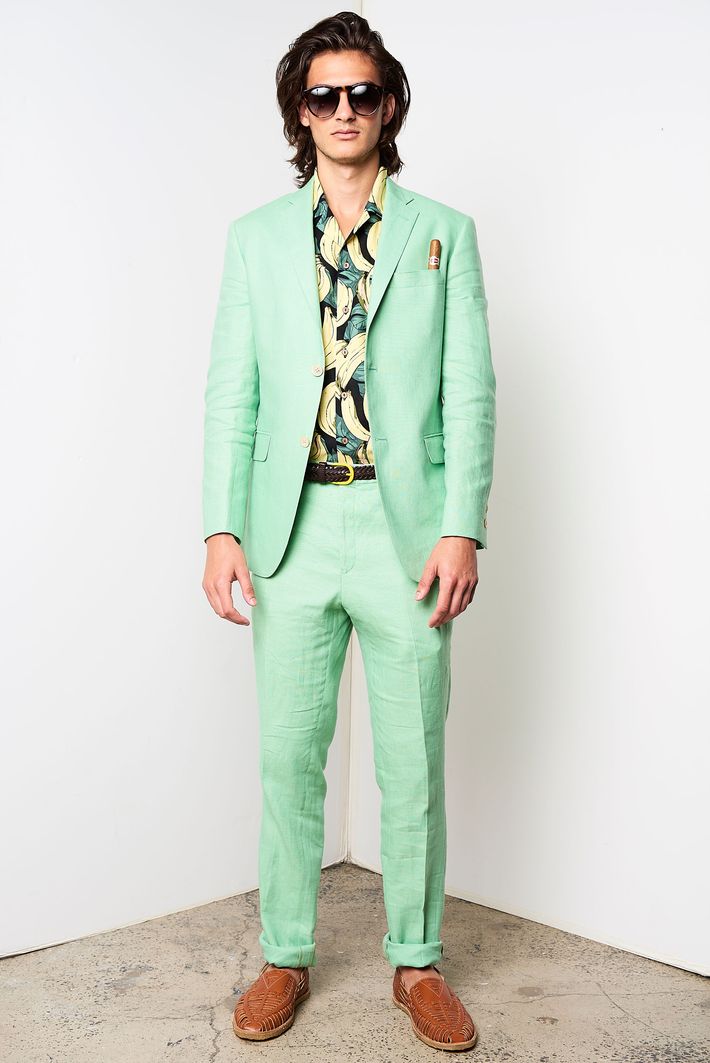 Politics was also on the mind of designer Daisuke Obana of the Japanese line N. Hoolywood. His models strolled out in oversize versions of preppy stalwarts, from recolored tennis sweaters to a heroic tan raincoat to bureaucratic gray suits, while a discordant instrumental of “God Bless America” played. It was an unspoken meditation on an iconic leader from a more considered time. Which one? A blue shirt dropped a clue: a silkscreen portrait of Marilyn Monroe.

For Obana, harkening back to John F. Kennedy was a way of parsing the current malaise. The designer said he looked at Kennedy’s well-tailored suits and easy casual style and “combined these elements to express the energy of a present-day JFK.” 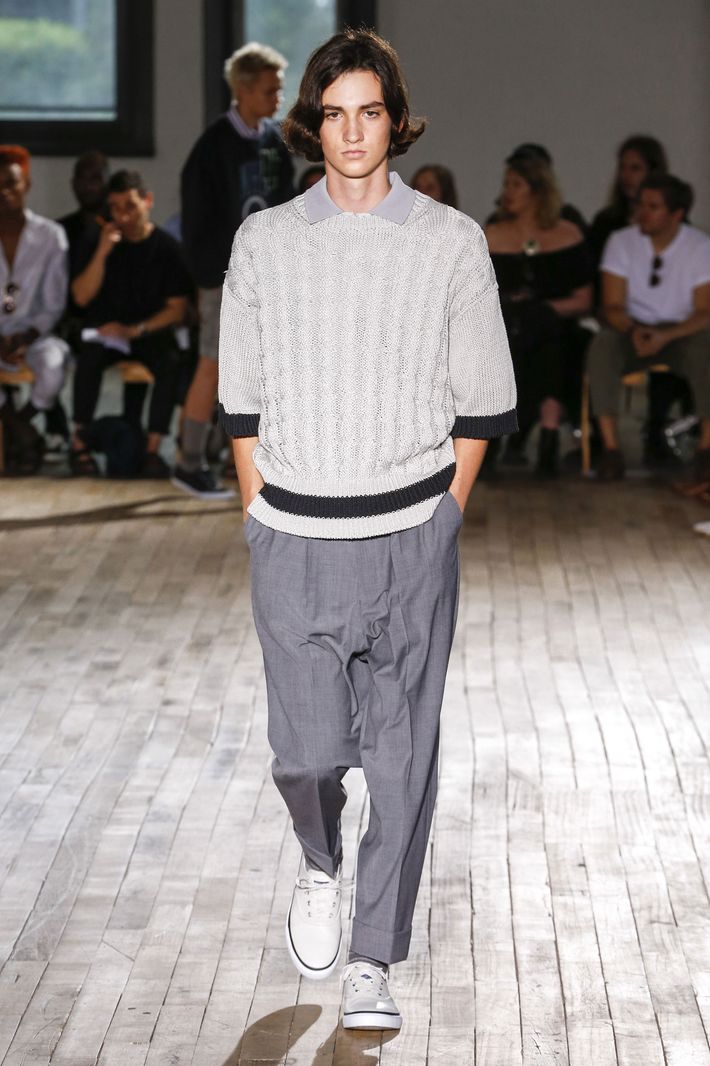 If not the past, then why not look to a skewed vision of the future as New York’s newly claimed fashion supernova Raf Simons did in his Blade Runner–themed show. Raf riffed on layering, with leather trenches, shiny toggled firemen’s macs, sweaters falling off shoulders, and screen-printed tunics. Man and woman alike wore print sou’westers and matching throat coverings, emerging from a fog with umbrellas over their shoulders, boots stomping on the wet pavement. Was this spring? Perhaps if it followed a nuclear winter. 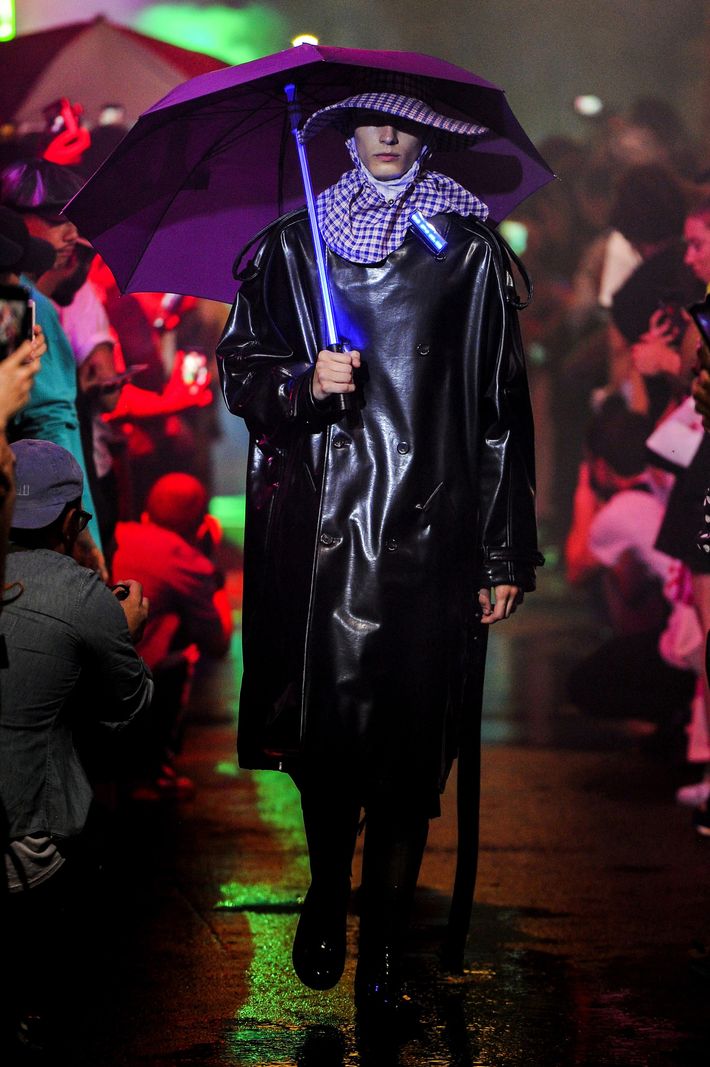 Closer to home, there was a genuine ’60’s-style fashion happening at Bergdorf Goodman men’s store. The renegade designer known as Jahnkoy, a.k.a. Siberian-born Maria Kazakova, brought her intricately embellished and embroidered take on athleticwear to an enthusiastic crowd, many from her adopted neighborhood of Bed-Stuy where her collective of artisans works.

As the designer sat in the middle of the floor painstakingly applying tiny beads to sneakers, a musician played a kora, a West African string instrument. Senegalese hors d’ oeuvres were passed while everyone examined the special capsule collection of repurposed Puma pieces. Jahnkoy’s one-of-a-kind and evermore fantastical pieces were arrayed on mannequins, a men’s version of couture come to life.

“It’s an insane amount of craftsmanship and artistry,” said BG men’s fashion director Bruce Pask, of the designer, a finalist for the prestigious LVMH emerging talent prize this year. “It was something I hadn’t seen for a long time in New York.” 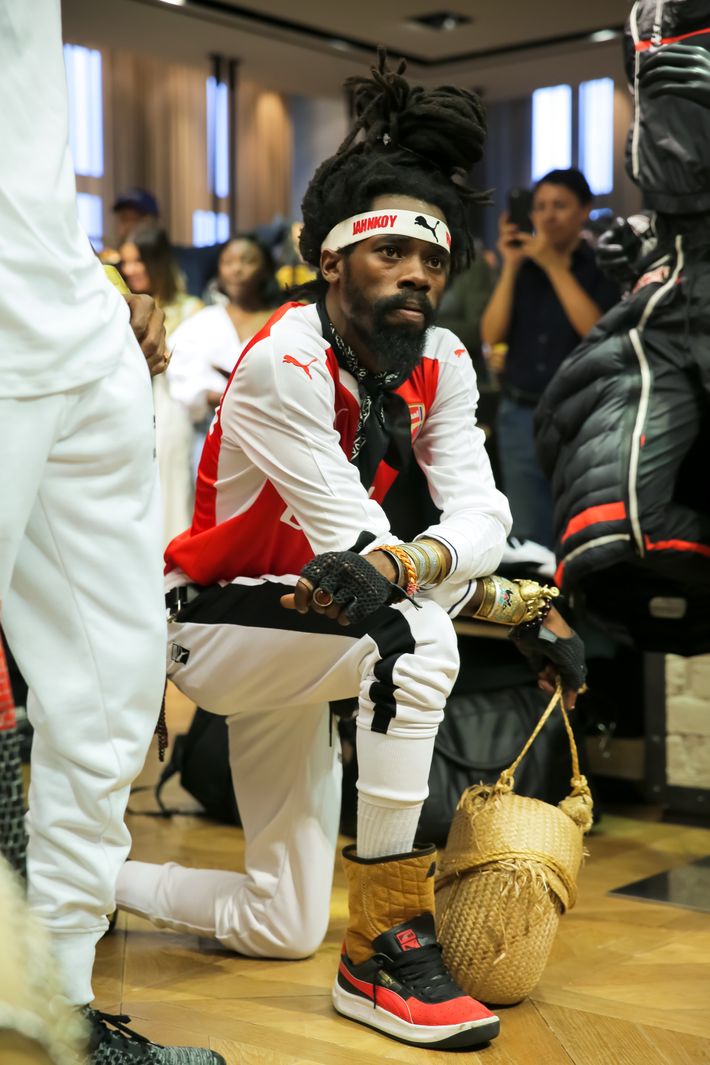