Graffiti meets gallery art in a new show at Pen and Brush, a New York institution dedicated to promoting female artists. Works by the city’s leading women street artists are featured in the recently opened exhibition “Graffiti Summer Vacation,” which invited street-art gurus to cover the gallery’s walls. Joining the artwork, Pen and Brush is hosting a series of workshops focused on politics, feminism, and poetry in efforts to amplify a diverse set of female voices.

The show’s featured artists include Lady Pink (known as “the first lady of graffiti” for her involvement in the early ‘80s subway-graffiti scene), Josephine Barreiro, Michela Martello, and Anna Walinska. Expect floor-to-ceiling spray-paintings of Mayan goddesses and brick fem-bots, which fill the spare space with explosions of color.

The accompanying reading series and writing workshops are led by local writers; each discussion is guided by a text by a contemporary female author. The next weekly workshop, on July 27 at Pen and Brush’s Flatiron space, is led by poet and educator Marissa Anne Ayala. She will ask attendees to consider the politics of oppression, protest, and voice, guided by the critical text Citizen by Claudia Rankine. The event is open to writers, activists, and artists seeking to engage with the power of protest via the arts.

“Graffiti Summer Vacation” is on view until August 5 at Pen and Brush in New York City. 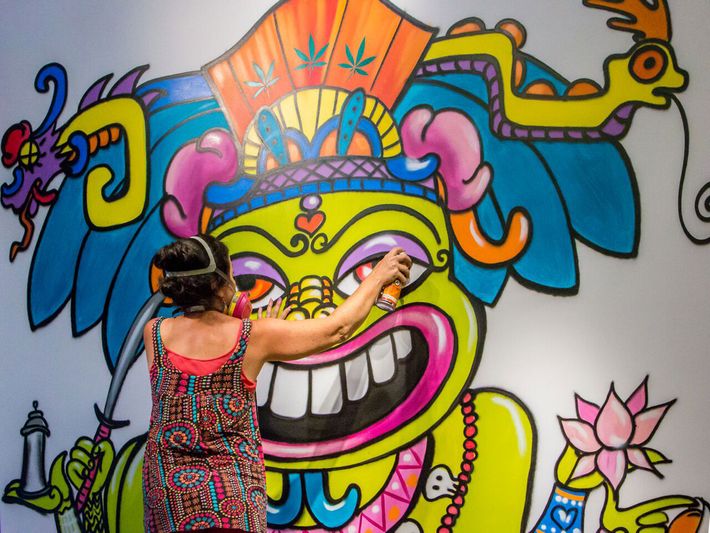 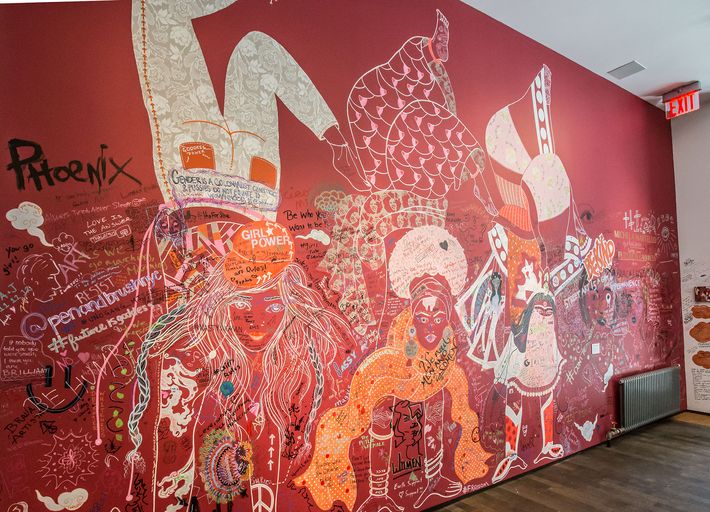 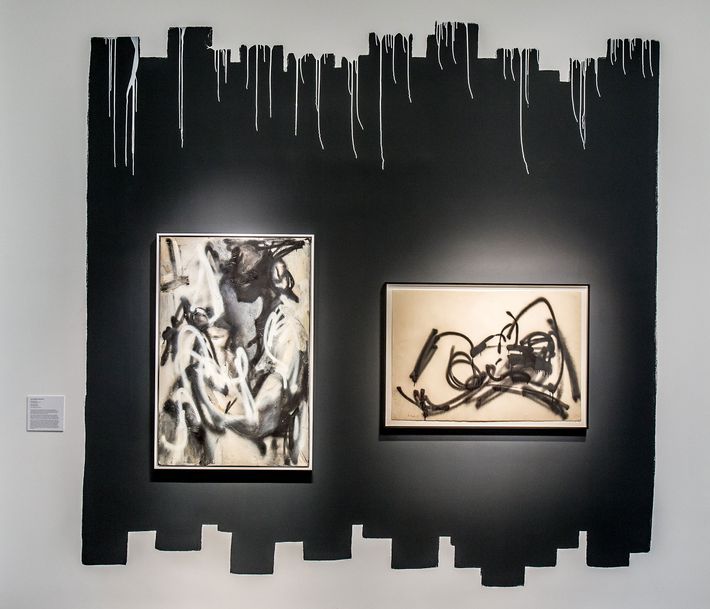 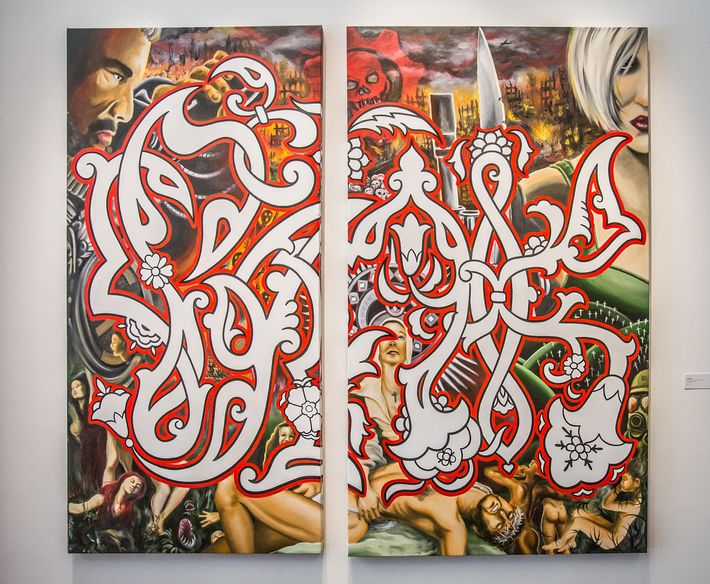 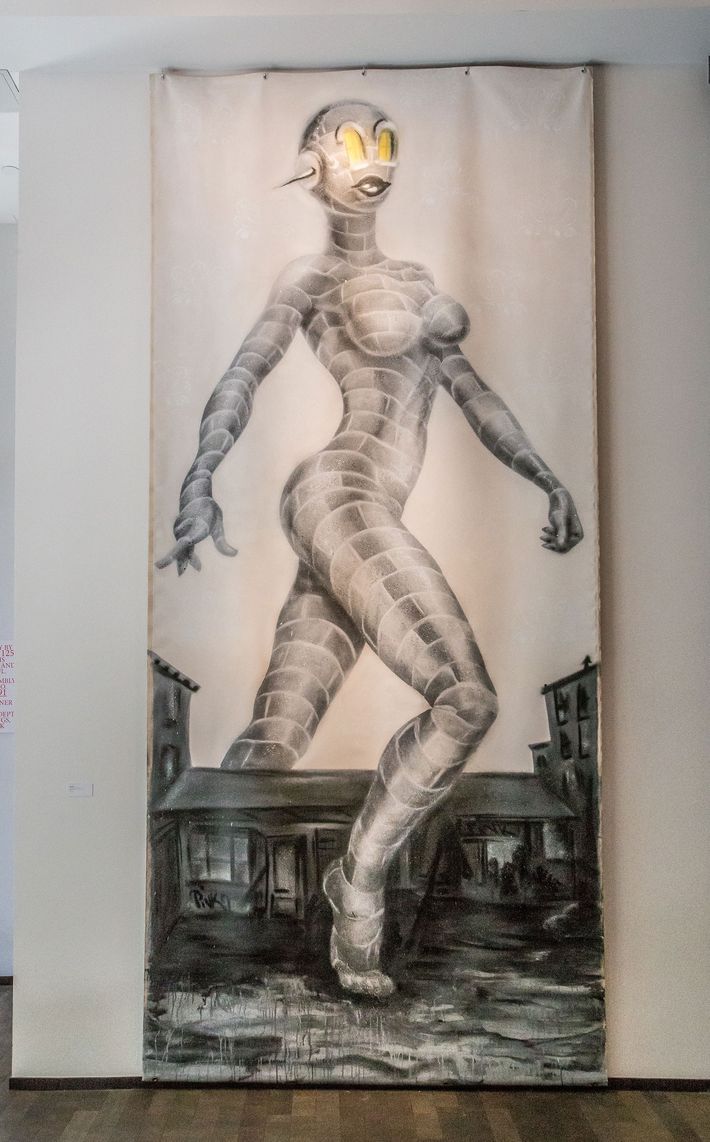 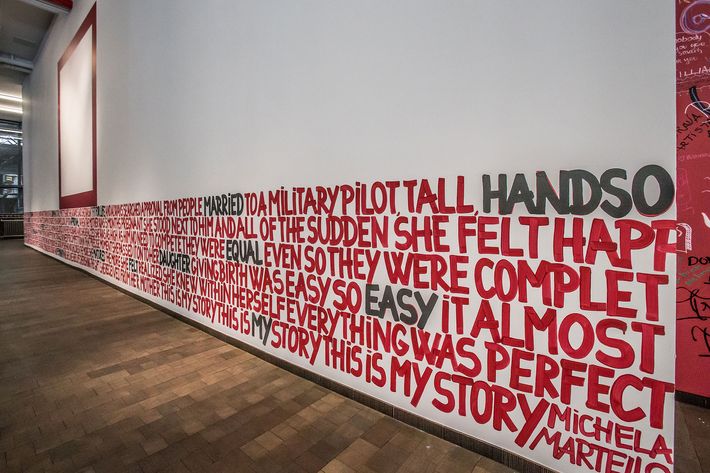 grammys 2023 10:35 p.m.
The Best, Wackiest, and Most Tin Man–Like Looks From the Grammys Red Carpet No, Beyoncé did not walk the carpet, but Cardi B, Harry Styles, Lizzo, and Taylor Swift arrived in their sparkliest outfits.
grammys 2023 10:22 p.m.
Beyoncé Just Broke a Grammys Record Sure, she was late — but now she holds more awards than any other artist, so!
grammys 2023 10:20 p.m.
The 9 Grammys Beauty Looks We Are Re-creating ASAP Want inspiration for your GRWM? Doja Cat absolutely wins in the winged-eyeliner category.
grammys 2023 10:14 p.m.
The Most Can’t-Miss Moments From the 2023 Grammys From waiting for Beyoncé to Kim Petras’s historic win.
sex diaries 8:00 p.m.
The Tokyo Woman Flying to Milan for a Former Co-worker This week’s sex diary.
grammys 2023 5:11 p.m.
Every Look From the 2023 Grammys Beyoncé, Taylor Swift, Harry Styles, Lizzo, Bad Bunny, Adele, Doja Cat, Jack Harlow, Mary J. Blige, Sam Smith, and more.
By Brooke LaMantia
astrology 8:30 a.m.
Madame Clairevoyant: Horoscopes for the Week of February 6 A full moon in Leo brings long-simmering feelings to the surface.
By Claire Comstock-Gay
parties! Feb. 3, 2023
Pauline Chalamet, Tessa Thompson, and More of the Bestest Party Pics This Week Partying with Guerlain, Marni, and more.
life after roe Feb. 3, 2023
The Future of Abortion Pills Is on the Line One Trump-appointed judge holds the power to effectively ban medication abortion even though the U.S. approves its use up to ten weeks into pregnancy.
spring fashion Feb. 3, 2023
Ella Emhoff’s Other Plus One Her always-present Secret Service detail.
style Feb. 3, 2023
At Marc Jacobs, a Generous, Life-Enhancing Fashion History Lesson The designer’s latest show, “Heroes,” celebrated the the late Vivienne Westwood.
in memoriam Feb. 3, 2023
Paco Rabanne Has Died The revolutionary fashion designer was 88.
spring fashion Feb. 3, 2023
11 Spring Bags, From $7 to $7,900 This season’s most compelling bags, from Forever 21 to Hermès.
best in class Feb. 3, 2023
16 of the Very Best Water Bottles Always be hydrating.
By Emma Wartzman
valentine's day Feb. 3, 2023
The 21 Best Last-Minute Valentine’s Day Gifts Where and when to get them.
friday sales Feb. 3, 2023
20 Things on Sale You’ll Actually Want to Buy: From Klorane to Patagonia Including a heart-shaped mini waffle maker, our favorite cream-blush stick, and a moisturizer packed with snail mucin.
valentine's day Feb. 3, 2023
19 Nontraditional Valentine’s Day Gifts Give something unexpected this February 14.
spring fashion Feb. 3, 2023
Mei Kawajiri’s Very Extreme Nails  Her completely over-the-top talons landed her features in magazines and gigs backstage for Marc Jacobs, Tom Ford, Miu Miu, and Moschino.
By Maya Allen
fashion Feb. 3, 2023
Do Not Show Up Late to the Marc Jacobs Show Lourdes Leon was apparently denied entry for arriving after the doors closed.
keeping up with the royals Feb. 3, 2023
Will Harry and Meghan Get to Go to the Coronation? Sources suspect they’ll be invited; whether or not they accept is another question.
More Stories