Look at all the different beauty looks that you made Taylor Swift do. Swift premiered her new video for “Look What You Made Me Do” at tonight’s 2017 MTV VMAs, which featured roughly 11 “new” versions of Taylor Swift. Each new version was a familiar archetype or stereotype of a pop star, ending with the “death” of all of Swift’s previous incarnations. See below for all of the beauty looks ranging from the smoky eye in “Walking Dead” Taylor to the “Diamonds are my bubble bath” Taylor to one of the best glossy red lips ever seen in a music video.

“Zombie” Taylor — Who somehow has beachy, wavy hair, even from the undead. 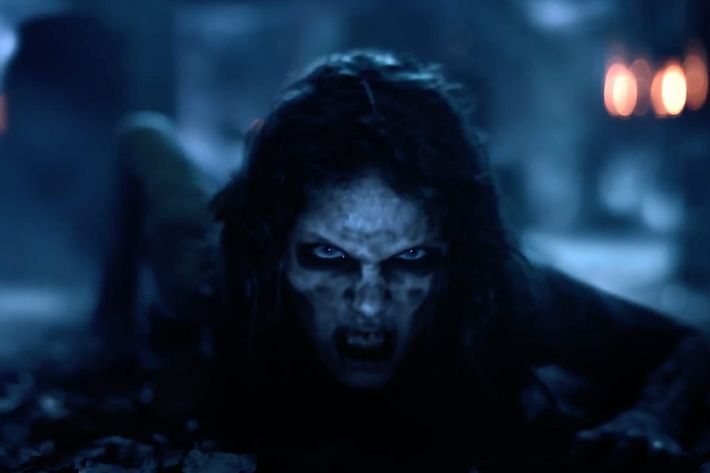 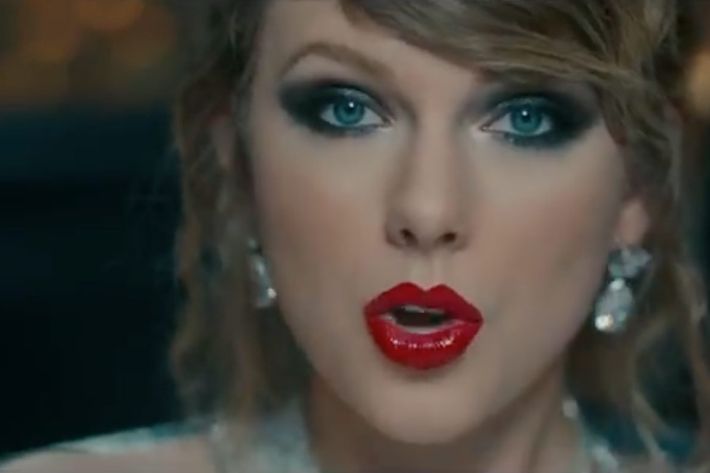 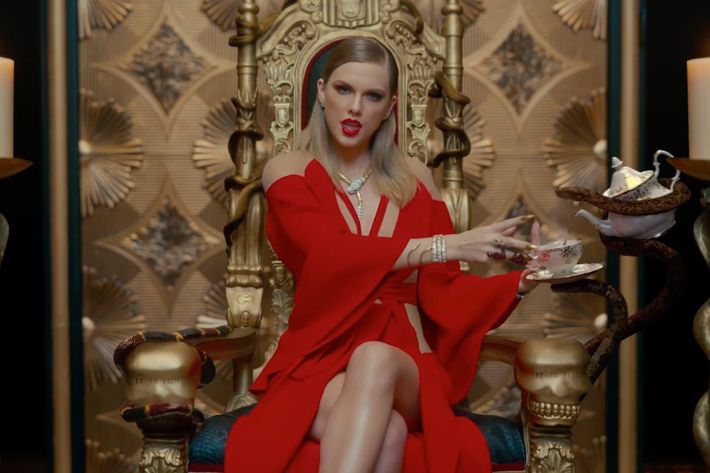 “Self-Destructive Pop Star” Taylor — She’s a pop star who won a Grammy but just got into a car accident, with a pink, sparkly lip. 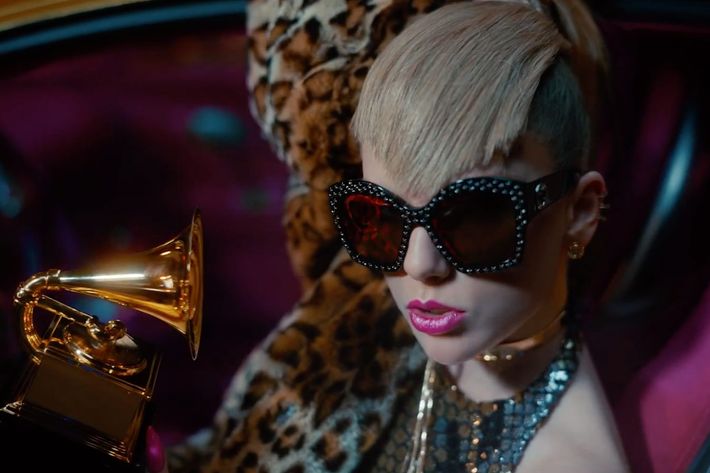 “Can’t Be Tamed” Taylor — The “pop star trapped in a birdcage” music-video trope. 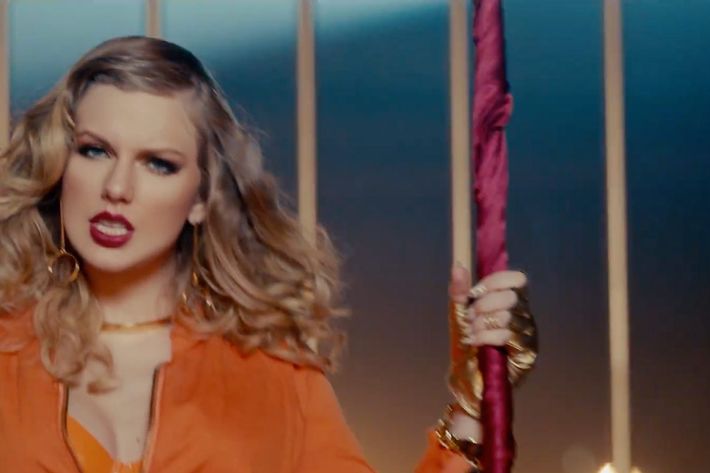 “A Bunch of Kittens Is Called a Litter” Taylor — Taylor and a bunch of her friends rob a very low-stocked bank vault like a kitten Suicide Squad. 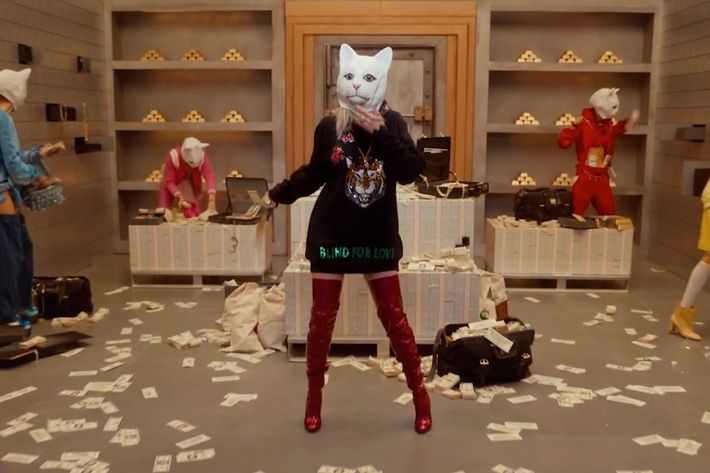 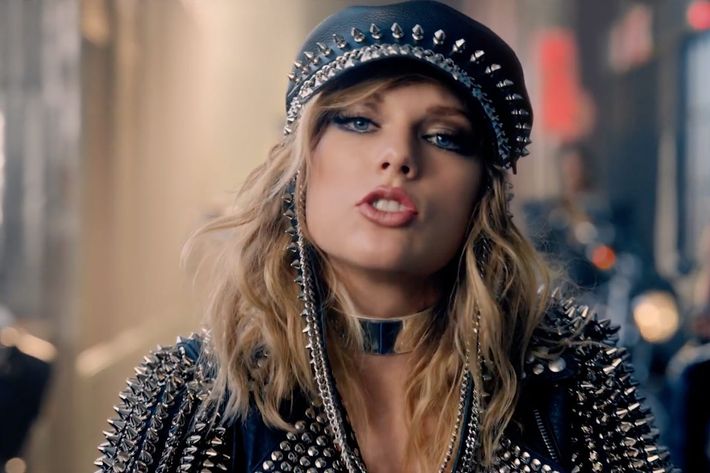 “Looking for Some Subs” Taylor — Mistress Taylor and so much latex, slicked finger waves, and heavy lashes. 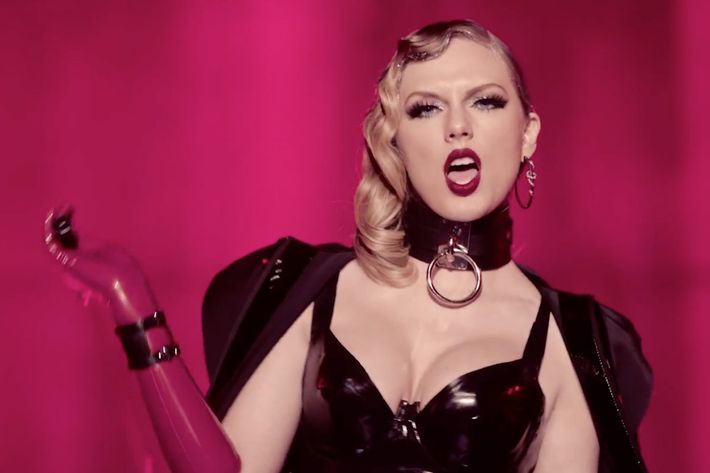 “Beyonce-like” Taylor – A gentrified “Formation” with a plum lip and mussed hair. 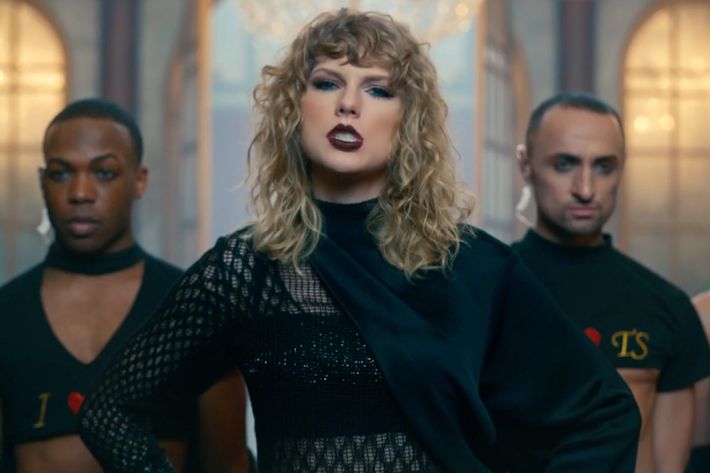 “The Crow” Taylor — Taylor rising from “the dead” with a slight bird-crest pompadour (and using the opportunity to shill her merch). 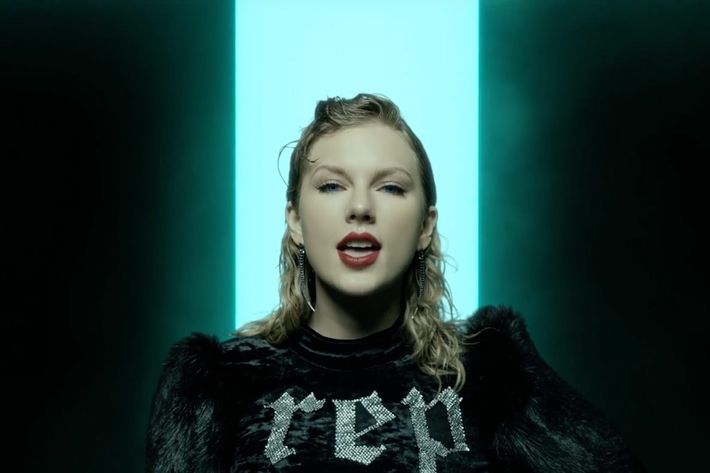 “Leopard Is a Neutral” Taylor – Taylor and her “Real Housewives” ponytail walk a leopard. 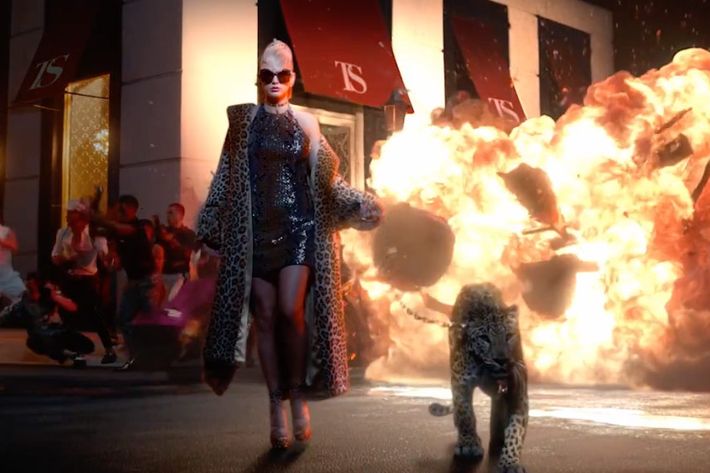 All the Looks From Taylor Swift’s New Video

work 1:00 p.m.
My Breakup With Those 3 Little Words: ‘Happy to Help!’ The phrase defined my ambitions — then those ambitions changed.
"wellness" 12:00 p.m.
The Improbable Return of the Cleanse Why food deprivation continues to thrive — and did even in quarantine.
health 11:57 a.m.
What We Know About Monkeypox So Far While the strain in circulation is mild, President Biden has said current outbreaks are something “everybody should be concerned about.”

celebrity 10:00 a.m.
Chris Pratt and Katherine Schwarzenegger Had Another Baby Her name is Eloise Christina Schwarzenegger Pratt.
first person 9:00 a.m.
My Life Revolves Around Breastfeeding As the formula shortage continues, keeping my daughter fed is a full-time responsibility. And I’m one of the lucky ones.
By Jen Wieczner
quitting 8:00 a.m.
Did the Great Resignation Save Your Life? To make their lives better, millions of people left their jobs last year — and no, they don’t regret it.
fashion 8:00 a.m.
Inside the Louis Vuitton and Nike ‘Air Force 1’ Exhibit by Virgil Abloh One of his last projects before his death.
lawsuits Yesterday at 6:32 p.m.
Producer Says Johnny Depp Derailed His Own Career And more testimony from the Amber Heard v. Johnny Depp case.
exes Yesterday at 5:46 p.m.
Kate Moss Will Testify Wednesday in Johnny Depp’s Trial Depp’s team is also planning on calling him back to the stand later this week as a rebuttal witness.
celebrity Yesterday at 5:23 p.m.
Florence Pugh and Will Poulter Sure Seem Friendly They were recently spotted “hanging out” on a beach in Ibiza.
father's day Yesterday at 5:13 p.m.
21 Father’s Day Gifts for the Fancy Man Fancy gifts for fancy dads.
street style Yesterday at 5:07 p.m.
People-Watching at Frieze New York See the best street style from the art fair.
By Maridelis Morales Rosado
fashion Yesterday at 3:08 p.m.
Balenciaga Took Over New York City. Here Is What Happened. For the first time in nearly 20 years, the French fashion house brought its sharp tailoring to the city.
celebrity Yesterday at 3:05 p.m.
Please Watch Kendall Jenner Try to Walk Up These Stairs The dress she wore to the Kravis wedding made it difficult to move.
i tried it Yesterday at 3:00 p.m.
Can Golden Hour Fix Your Brain? For a week, I attempted to find out.
lawsuits Yesterday at 2:03 p.m.
Bill Cosby Is Back on Trial In 2014, Judy Huth filed a civil suit against the comedian, alleging child sex abuse. Now, the case is going to court.
apologies Yesterday at 1:50 p.m.
Courtney Love Regrets Weighing in on Depp v. Heard “I want nothing to do with contributing more online bullying,” she wrote.
fashion Yesterday at 1:03 p.m.
At Balenciaga, Gloss Kapitale Demna uses money and kinky sex to sell a perfectly good suit.
By Cathy Horyn
beauty Yesterday at 12:00 p.m.
Honey Pot Meltdown Explained “It’s hard to think that we’re going to use capitalism to do radical things.”
productivity Yesterday at 12:00 p.m.
The Unreasonable Pleasure of To-Do Lists The Unreasonable Pleasure of To-Do Lists
More Stories
Our commenting system is currently undergoing maintenance. Please check back later.