Dior wants to reach them, but doesn’t know how. Plus: Lanvin’s decline, and deft touches at Margiela and Dries. 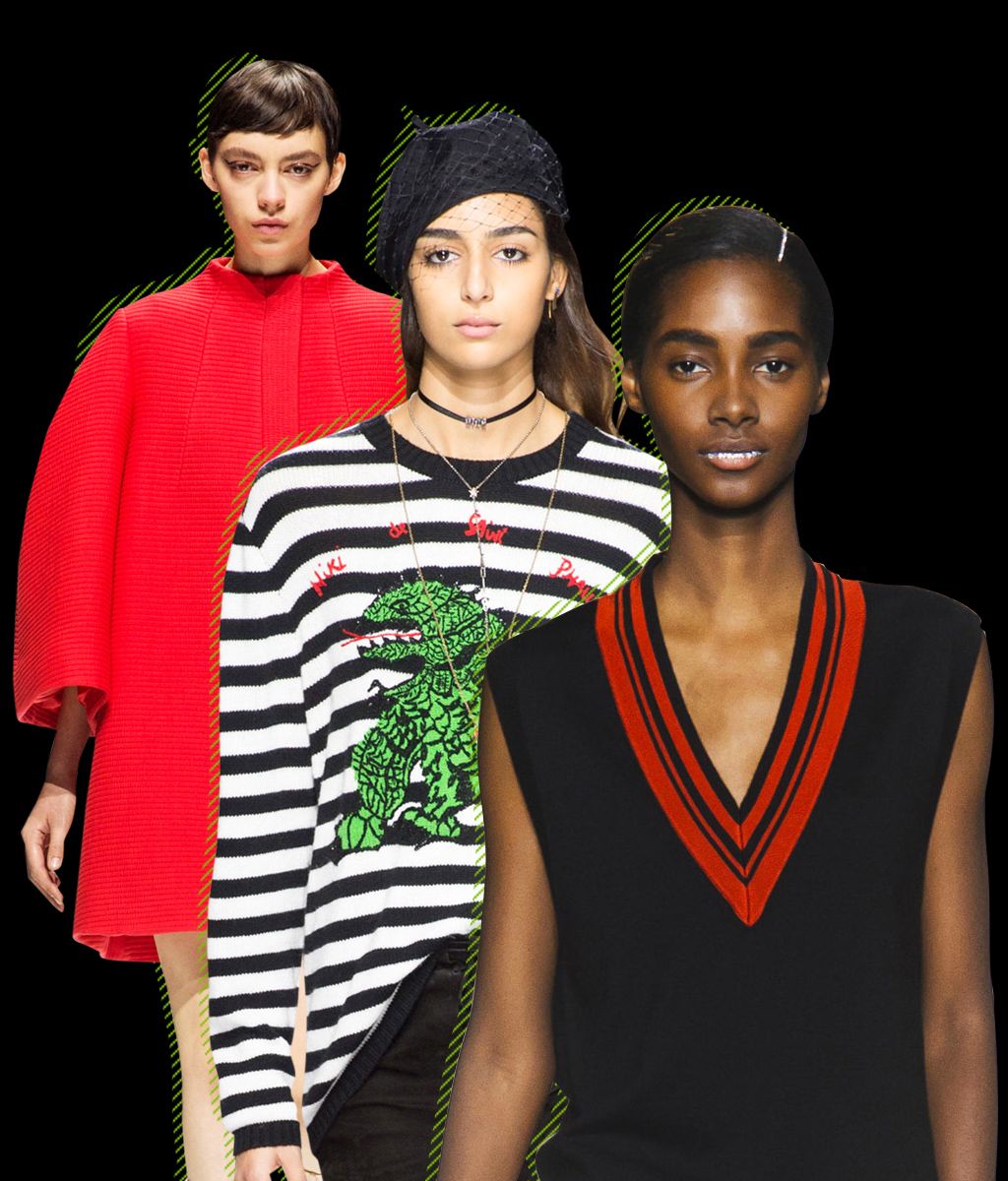 In 1968, France finally paid attention to its youth culture. It had no choice after the student revolution in May, but it didn’t like the idea. “France has never been a nation that encouraged its young to show that they were more free and alive than anyone else,” Gloria Emerson, a Paris correspondent for the Times, observed at the time. Girls didn’t get sweet 16 parties in France back then, and boys didn’t get cars.

But one of the first bellwethers of change was fashion. By 1965, a flock of cool boutiques had opened on the Left Bank, like Dorothée Bis. Yves Saint Laurent was revolutionizing haute couture with his Mondrian and baby-doll dresses. Even earlier, in 1960, he had rattled the old guard by showing a luxe motorcycle jacket at Christian Dior.

I’ve been thinking about the difference between then and now because the Paris spring 2018 collections began with a lot of talk among fashion cognoscenti about what the millennials want. A general concern over how to reach this new generation has been in the air for the last couple of years, but it seems to be reaching a crescendo lately. Everyone wants to skew younger, but what does that mean exactly? The question seemed most urgent at Dior, where Maria Grazia Chiuri filled her runway with jeans, mary janes, sparkly minidresses, and tulle skirts opening in the front over underpants that people afterward said were for millennials.

The clothes were certainly cute, and, in my opinion, this was Chiuri’s best collection since she became creative director of the 70-year-old house a year ago. She won on sheer variety. All those Desperately Seeking Susan skirts were charming, yes, but more interesting were the one-off looks, like a pair of gold Chinese pajamas, a patchwork granny skirt, a sleek red leather coat, and a boxy, Amish-looking pantsuit shown with a skipper. Chiuri is the fourth or fifth designer this season to base her collection on an artist — Niki de Saint Phalle, known for her bulbous sculptures and mirrored mosaics — and, as she has done a couple of times at Dior already, Chiuri attempted to call attention to the inequality of women. She opened the show with a model in a top with the words: “Why have there been no great women artists?” It’s also the title of a scholarly essay by Linda Nochlin which was left on every seat for guests to read at their leisure.

I wish Chiuri would dispense with the feminism on the runway; it’s just a commercial gloss, so it has no meaning. But my main beef is with the assumption that these kinds of clothes speak particularly to millennials. To me, nautical striped sweaters and tulle skirts layered over underpants are merely Chiuri’s idea of what Dior’s young customers might want to wear. The sensibility doesn’t feel authentic, as it did when Saint Laurent brought out his baby-doll, or Azzedine Alaïa put women in black leather and leggings in the ’80s, or Nicolas Ghesquière did his batwing tops and skinny pants at the turn of the new century.

It doesn’t feel authentic because it isn’t. Chiuri is now in her 50s, and those other designers made their mark at a much younger age. Youth alone doesn’t make someone a reliable avatar, of course. And presumably Chiuri has designers on her team of varying ages and backgrounds who challenge her ideas. But it’s hard to disguise a sensibility that feels more like a bombardment of targeted product than something real.

In the ’60s, fashion anticipated the changes that young people were about to make in the culture at large; designers like Saint Laurent took their inspiration from the street, not social media. That eye for what’s next made it all the way through to the ’90s in designers like Martin Margiela — next spring, the Palais Galliera will have a retrospective of Margiela’s fashion, and I bet it will not only provide a window into his genius but also make people question what’s missing today.

Now it feels as if brands are chasing desperately after an inchoate idea of a generation they don’t really understand or relate to. I don’t think Chiuri or the executives at Dior are at all cynical, but designing for a “young customer” — without a clear idea of who that group is — feels more like a fallback position rather than a clear strategy. Besides, why is a brand like Dior, with its golden legacy and prestige, aiming at such a low imaginative bar? Why not aim for design that is stylistically fresh? Or does the general fashion-industry chatter and concern over how to “reach” the global millennial have Dior on the run?

Frankly, I wish the millennials would just get some more designers of their own. That is the industry’s looming catastrophe — the dearth of original, demanding talent in their 20s and 30s, who can interpret their generation now and also be around later to lead big houses.

Lanvin’s big idea for the debut of Olivier Lapidus was raising the catwalk. The only effect was to put the banality of the clothes farther away from the audience. Lapidus, who has been involved in fashion for several decades (he is the son of the late couturier Ted Lapidus), joined Lanvin in midsummer, succeeding Bouchra Jarrar, who got the ax after barely a year. Granted, Lapidus didn’t have a lot of time to organize things, but surely the Lanvin team could have stitched up some slip dresses and tulip skirts that didn’t look cheap. When you think that it was only a few years ago that the Galliera held its sublime show of Jeanne Lanvin’s work — curated by Alber Elbaz, who brought the brand back to relevance in the first place — it’s staggering how fast the wheels popped off. It should make others think twice before deposing a top designer on the assumption that he or she can easily be replaced.

At Maison Margiela, John Galliano applied the label’s techniques to the glamour of airports. Well, travel is the easiest theme to exploit — and, predictably, the baggage-tag details (RUSH, VIP, etc) wore thin. At least Galliano made the glamorous street clothes, and purses that resembled rolled-up blankets, look offhand. Best in show were the opening trench dresses and coats, some layered with a portion of a red-riding cloak. They looked swiped from an early Galliano show at Dior. Nice touch.

“You want your collection to talk to people and what attracts people,” Dries Van Noten said this morning in his busy showroom, the day after his lovely show. He meant that you don’t try to focus on one group or what’s “youthful.” In its citrus and garden hues, its restful and easy silhouette, and its occasional spritz of glitter, this collection stood apart: Lots of women will be able to relate to these clothes. And Van Noten’s handling of scarf prints — a seemingly shopworn idea — was deft. Pencil skirts had a side-swish of prints, or an elegant black summer dress came with a panel of printed silk. Either way, the timing of the look felt right.