The surfer/raver clothes at the singer’s Fenty x Puma show were pretty terrific, too. Plus: Victoria Beckham, Public School, and more. 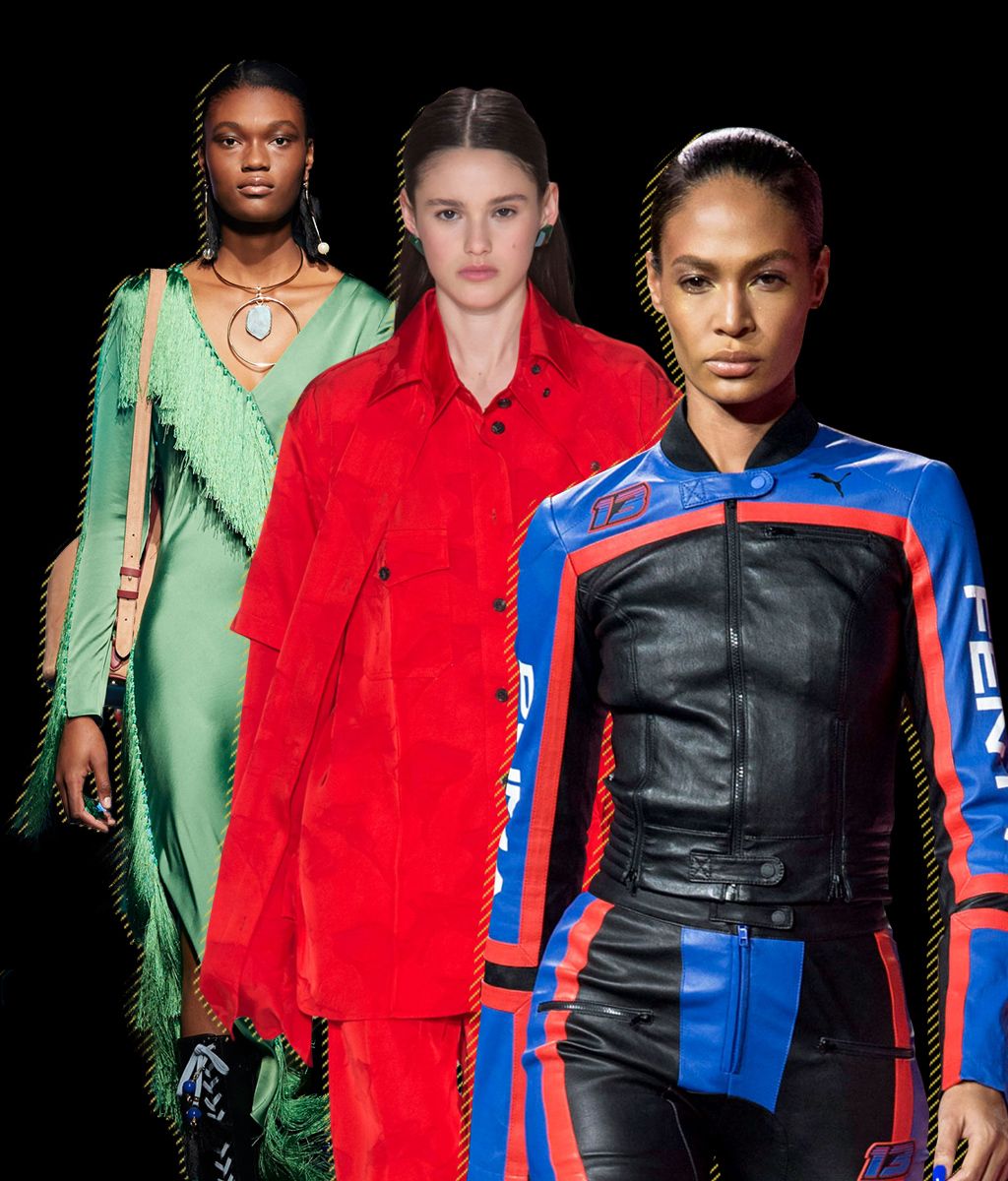 There are many ways to stage a fashion show. You can fill a bus with supermodels and drive them around town, as Alexander Wang did earlier at this New York Fashion Week. You can dangle axes over your runway, as Raf Simons did, and freak the bejesus out of everyone. And you can hold a lawn party, like Tory Burch, or recall the heady days of ocean travel with Victoria Beckham at the Cunard Building.

Or you can hire a bunch of motocross riders to fly off a ramp and do tricks over some bright-pink sand dunes, as Rihanna’s Fenty x Puma brand did last night at the Park Avenue Armory.

Which would you prefer?

No wonder so many New York designers have either moved their shows to Paris or hidden in their showrooms. How can even the most accomplished designer compete with a pop star taking a spin as the Evel Knievel of fashion? Well, they can’t. And it’s pointless to complain that fashion has sunk to a tacky show-biz level, with little craft or integrity. Sister, that ship has sailed.

Besides, the Fenty x Puma show — produced by the pros at Prodject — was a blast. Even if you noticed the ramps near the sand piles before the performance, the roar of the first bike before the models appeared still came as a total surprise. It’s not often that you get to see screaming motorbikes sail through the darkness of the Armory and do 360-degree spins before landing on an opposite ramp. It was silly and thrilling.

And then there were the clothes. They were terrific. A blend of surfer and biker, many of the looks recalled early-’90s rave fashion, especially the neon pieces, cropped tops, soupy nylon pants, and bib-front overalls, also in nylon. Skintight scuba minis and maillots with track shorts are hardly new, but the Fenty x Puma team did such a deep dive into the style, with fat sneakers and work boots, that it all looked tempting. Rihanna capped things off with a pinion spin on the back of a bike around her pink sand piles, which might have been subliminally messaging her new beauty line.

With the exception of Victoria Beckham, the rest of the Sunday shows were tedious. Public School was an unedited rampage of athleisure. There were so many fussy-dressy bits in Jonathan Saunders’s collection for Diane von Furstenberg — fringed satin, handkerchief hems, new “technical” fabrics, high lace-up boots — that it seemed disconnected from the brand’s cool, relaxed roots. Where were the simple summer dresses? A bathing suit? (Again, that’s why Fenty x Puma stood apart.) Prabal Gurung seemed to be promoting diversity and feminism, with Gloria Steinem in the front row and some curvy models in the cast, but it was just a gloss. That’s partly because the clothes needed to reflect more diversity in ages and lifestyles (and professions). Shorty shorts, corseted coats, and sheer dresses have a limited audience.

Beckham has moved away from her ultrafitted dresses, signaling that she and her team know how to adapt to new attitudes. The appealing elements of this show were the breezy day dresses in silk or crêpe (some with a subtle frill), the big cotton shirts (a trend this season) and slightly oversize blazers, and the fresh pastels mixed with sand and chalk tones.