As far as we’re concerned, the best, biggest, juiciest trend at New York Fashion Week this season was hamburgers.

The week began with “beefcake” male models at Tom Ford serving beef patties, and ended with a classy Ralph Lauren Polo Bar burger. In the meantime, Philipp Plein offered his own, “limited edition” branded burger, and Alexander Wang, who arguably started the Fashion Week fast food trend, had Shake Shack to appease the crowd at his “guerilla” show in Brooklyn.

Fashion and food connoisseur Aziz Ansari was in the crowd that night. He said that although he hadn’t had an Impossible Burger before, Shake Shack had to be his favorite New York beef spot. “It’s just so consistent,” he said.

When we asked what his preferred Fashion Week food was, however, Ansari replied: “Wine.” Noted for next year.

Below, we rated all the best burgers of New York Fashion Week in the name of journalism. Read on to find out their scores and see which ultimately racked up the most points.

Taste: 6/10
﻿We were too busy ogling to taste, but rumor has it the Los Angeles designer brought In-N-Out to New York.

Necessity: 7/10
A consolation prize for waiting in the cold.

Presentation: 1/10
Some ended up smushed on the sidewalk.

Taste: 6/10
They were Shake Shack, and everyone likes Shake Shack. Little lukewarm, though. 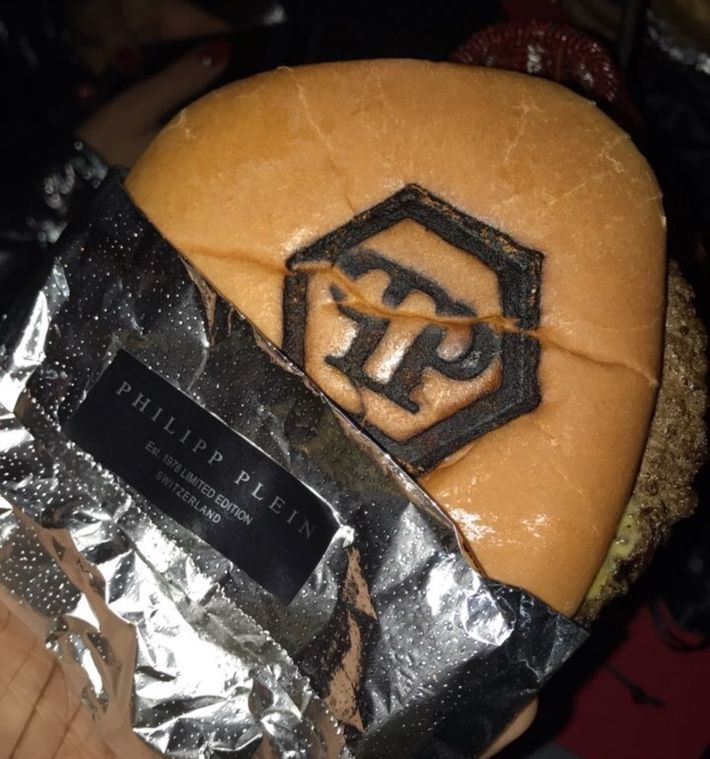 Necessity: 3/10
Dinner before a show; not necessary, but a nice touch.

Taste: 7/10
﻿The Impossible Burger is just that: It’s vegetarian but it BLEEDS!!!

Necessity: 6/10
After traveling two hours to Bedford for the show, guests definitely deserved dinner and dessert.

Presentation: 7/10
Dinner was served in Ralph Lauren’s garage amidst his million-dollar car collection.

All the Burgers at New York Fashion Week, Ranked