After a woman was raped and murdered on her college campus, in 1973, the Cuban-American artist Ana Mendieta reenacted the crime in an art performance to raise awareness of the trauma of rape. In other performances, she glued a friend’s beard to her face, pressed her bare chest against glass plates, and covered her legs in chicken blood. Mendieta constantly used her body as a medium to challenge sexual threats in her photographs and video works. She joined artists like Lygia Pape and Liliana Porter, who pioneered experimental approaches to art-making in the early 1970s.

Mendieta is one of 120 female artists from Latin-American countries who are featured in the exhibition “Radical Women: Latin American Art, 1960-1985,” which opened today at UCLA’s Hammer Museum. This fall, the Getty is launching the five-month festival Pacific Standard Time: LA/LA across more than 75 art institutions in Southern California, all of which will feature work by Latin-American artists.

Though the festival was planned long before Trump took office, its theme is especially timely, given the administration’s move to end DACA and an upcoming L.A. city-council meeting about adopting “sanctuary city” status. Museums participating in the Pacific Standard Time festival will showcase radical art projects created by Chicano and Latin-American artists whose works address citizenship status and the U.S./Mexico border, among other immigration issues.

In a 1985 performance titled Habito/Habitante, Brazilian artist Martha Araújo wore a cartoonishly large, half-moon-shaped dress tethered to the wall behind her. “I always wanted to tie myself up to then untie myself and feel freer,” she once explained. Araújo’s work, which exhibit organizers say has not yet received the attention it deserves, uses physically constrictive garments to symbolize familial and social pressures.

Organized thematically rather than chronologically or by geographic location, many artists in the exhibition (like Puerto Rico–based artist Zilia Sánchez, and Colombian sculptor Feliza Bursztyn) have rarely exhibited their work abroad. “Ironically, the qualities that have been celebrated in twentieth-century art — an anti-establishment stance, experimentalism, originality, nonconformity — often do not apply when it comes to female artists,” art historian Cecilia Fajardo-Hill writes in the exhibition catalogue. Instead, she explains, it was more common for critics to deride female artists’ work as kitschy or poorly constructed or overly abstract. “Through daring and creative explorations of the poetics of the body,” she writes, these women “disrupted patriarchal structures to radically change art.” 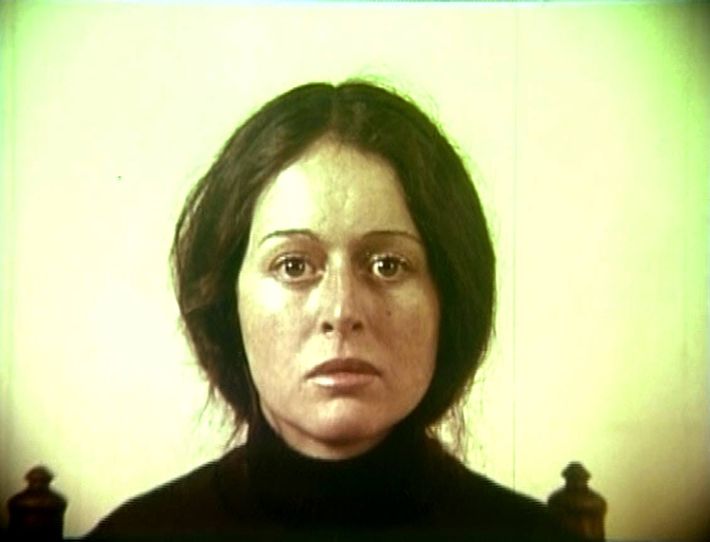 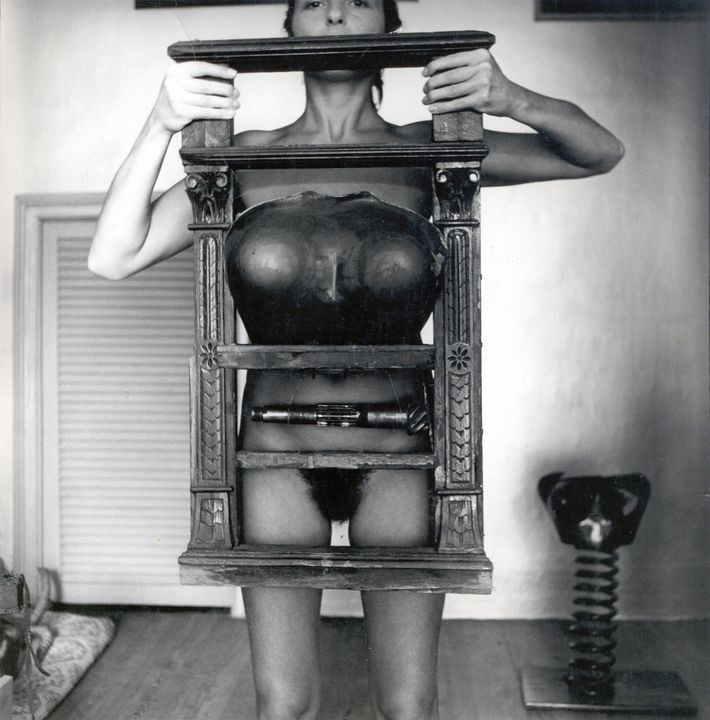 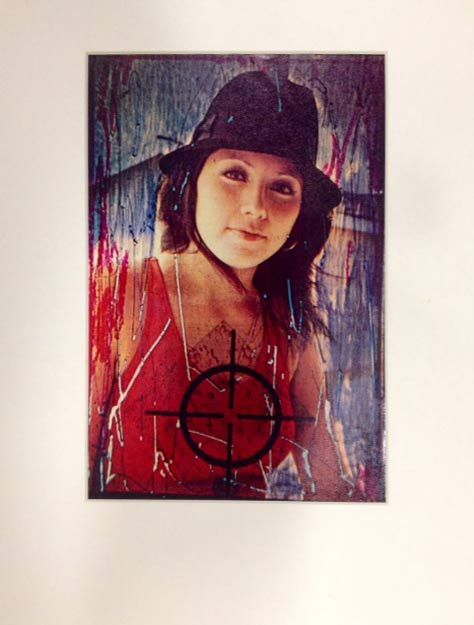 Isabel Castro, from the series Women under fire, 1980 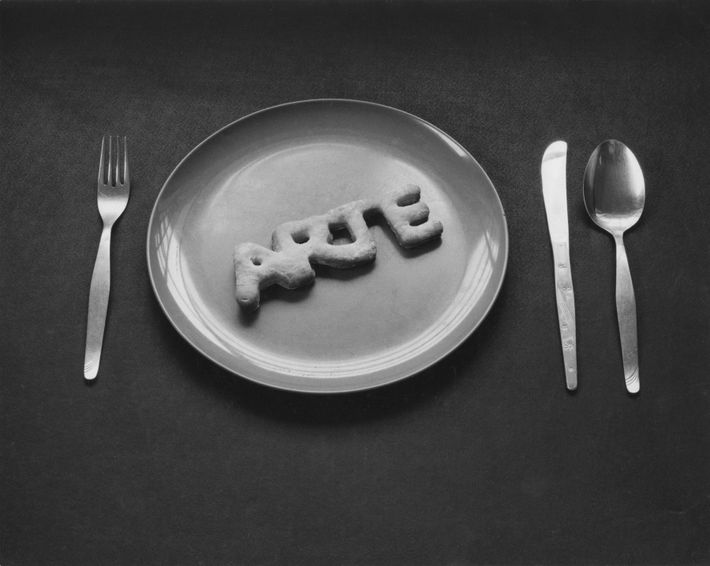 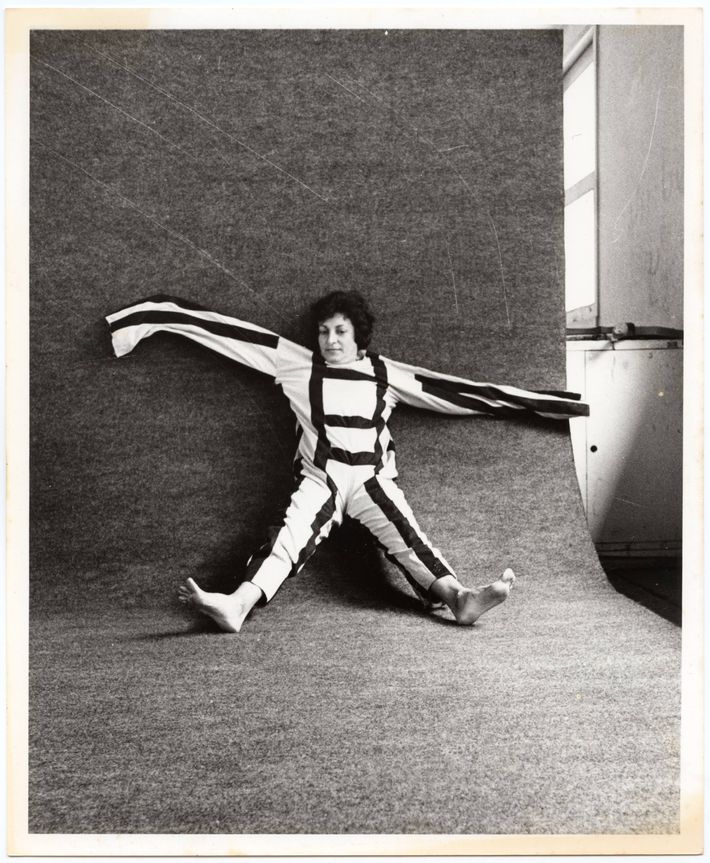 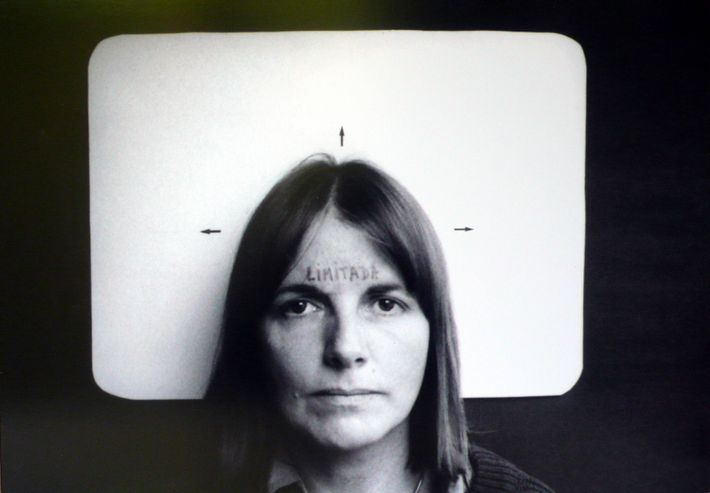 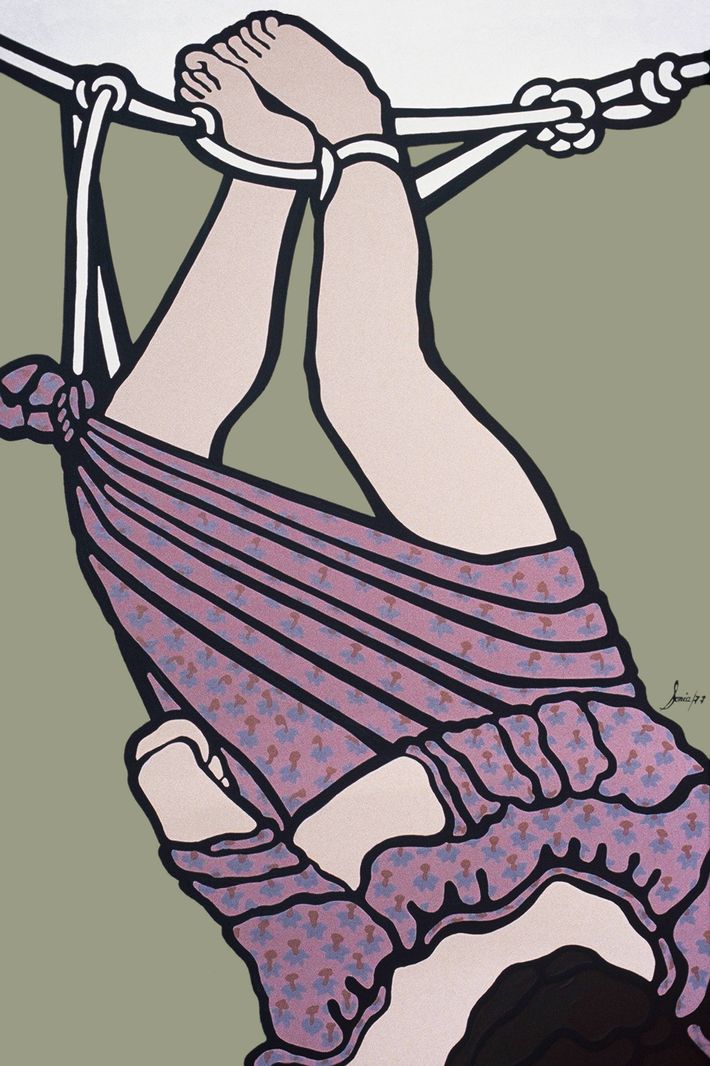 Sonia Gutiérrez, Y con unos lazos me izaron (And they lifted me up with rope), 1977