According to designer N Baranes, we have eight senses. It’s not just your standard five (sight, smell, touch, sound, and taste) plus what some psychics consider the sixth — intuition. She likes to throw in humor, and common sense to complete the eight. It’s this playful interpretation which lends the name for her boutique, The Eight Senses.

The newly opened shop sits on the prime retail strip of Soho’s West Broadway. It’s a place for inner Zen and getting down to the basics: the store has a minimal color palette and stone motifs are apparent throughout. That same philosophy translates into the brand’s aesthetic too. All of the clothes are pieces that you could theoretically dance in, down to the dressy gowns which are just as breathable and flexible as the tunics and cardigans.

Baranes’s designs were created to be intentionally modest and as low-maintenance as possible. She notes that most of her pieces have built-in pockets to erase the need of a handbag or wallets. But the real standout? The coats — from their packable down puffers to their faux-fur chubbies.

Scroll ahead to check out more photos of the space and images from their look book. 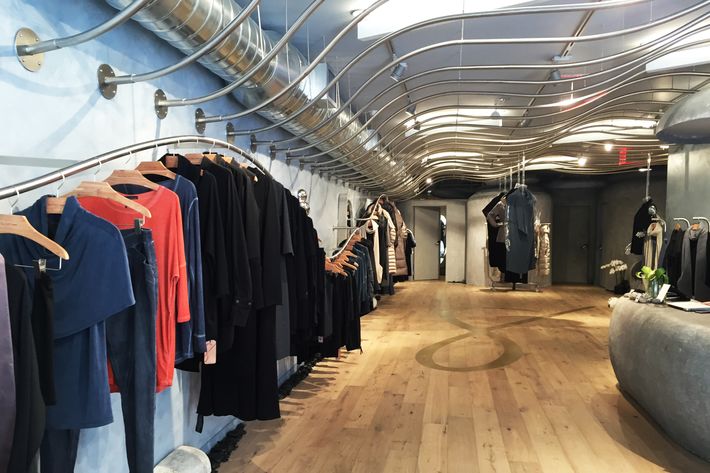 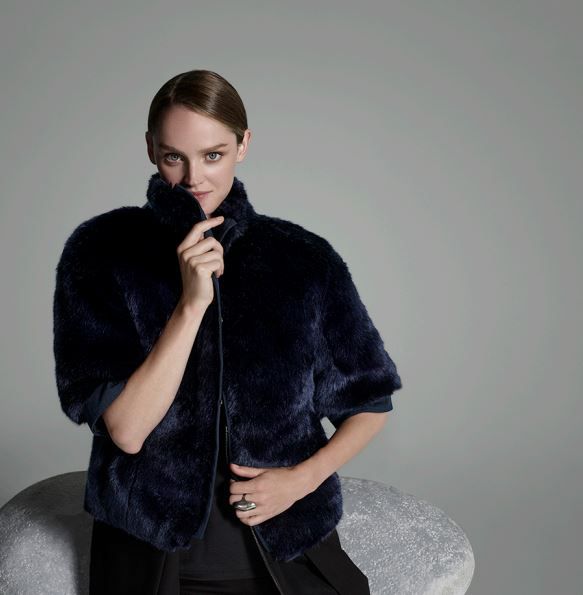 celebrity 10:28 a.m.
How Many Weddings Are Kourtney and Travis Going to Have? Kravis reportedly got legally married over the weekend.
celebrity 10:18 a.m.
Someone Sneaked a Phone Into Jesse Williams’s Broadway Debut Nudes from the show — leaked without the actor’s consent — are circulating on Twitter.
book excerpt 10:00 a.m.
How to Call the Whole Thing Off The day after breaking my fiancé’s heart, we attended his best friend’s wedding together. It didn’t go well.
By Alyssa Shelasky

encounter 8:00 a.m.
Would You Time Travel Back to Your Sweet 16? In Emma Straub’s latest, the novelist uses fantasy to revisit the past. It all happened in real life, too.
By Kate Dwyer
how i get it done 7:00 a.m.
How Frieze L.A. and New York Director Christine Messineo Gets It Done She’s the first person to oversee both art fairs and is currently gearing up for New York’s tenth edition.
By Liam Freeman
astrology Yesterday at 8:30 p.m.
Madame Clairevoyant: Horoscopes for the Week of May 16 It’s Gemini season, but don’t let that scare you. Give the twins a chance.
By Claire Comstock-Gay
sex diaries Yesterday at 8:00 p.m.
The Woman Wondering If She’s Bisexual Enough to Come Out This week’s sex diary.
culture May 13, 2022
At the New Museum, Faith Ringgold and Women in the Workforce Rebecca Traister, Kimberly Drew, Paola Ramos, and Isolde Brielmaier kicked off a new speaker series from the Cut and the New Museum.
fashion May 13, 2022
Grimes DJs the Apocalypse at Louis Vuitton A billowing metallic dress with a high neckline was a natural starting point for the silhouettes that followed: boxy, oversize, and sculptural.
always shopping May 13, 2022
18 Weekender Bags That Aren’t Ugly From a luxury leather carryall to the Amazon find that costs less than $30.
the glow up May 13, 2022
This Week in Beauty News From new launches and Bratz wigs to major sales.
parties! May 13, 2022
The Bestest Party Looks of the Week  Bury me in Dove Cameron’s Saint Sintra skirt.
fashion friend May 13, 2022
Hey Fashion Friend: I Want to Go to the Beach, But I Don’t Want to Get a Wax Swimwear solutions to help you avoid grooming this summer.
big vegetable May 13, 2022
Does Kendall Jenner Know How to Cut a Cucumber? If this clip from The Kardashians is any indication … no.
extremely online May 13, 2022
It’s ‘Hot-Girl Walk’ Season TikTok’s least intimidating workout obsession isn’t really about working out at all.
5 questions with... May 13, 2022
Tierra Whack Hates Mushrooms (Not the Drug Type) The rapper is embarking on a new journey designing jewelry.
power May 13, 2022
Everything to Know About the WNBA Star in Russian Custody Russian authorities have extended Brittney Griner’s pretrial detention by another month.
abortion May 13, 2022
Why Were There Fetuses in Her Refrigerator? How a radical abortion opponent ended up dumpster-diving for remains.
By Sofia Resnick
seeing someone May 13, 2022
‘Why Isn’t Anyone Sliding Into My DMs?!’ This isn’t about you ‘not being hot’ on Instagram.
By Randa Sakallah
celebrity May 12, 2022
Chrishell Stause Is Having a Ball Coming Out on Social Media G Flip’s new music video “Get Me Outta Here” has arrived.
More Stories