A 4 a.m. conversation at the legendary New York City nightclub Studio 54, in 1977, spurred designer Calvin Klein to create his iconic line of blue jeans — a rare choice at the time for an acclaimed fashion designer. He advertised the denim provocatively, and famously: “You want to know what comes between me and my Calvins?” a young Brooke Shields murmured in that 1980 ad. “Nothing.” Then came a 1993 Obsessions fragrance campaign starring a nude Kate Moss, and Christy Turlington Burns’s sultry underwear ads. With ready-to-wear collections he created the ultimate cool-girl style — and now he’s written a book about it.

The designer, 74, released Calvin Klein this week, his first book, which clocks in at 480 pages. It highlights moments from the brand’s 1968 start to when he sold the company 34 years later. Published by Rizzoli, the tome features campaign photographs by the likes of Irving Penn, Richard Avedon, and Bruce Weber. Klein’s private insights and behind-the-scenes stories accompany each image, highlighting the sexy, minimalist couture, jeans, fragrances, and underwear that he became known for. Click through for a preview.

All proceeds from the book go to God’s Love We Deliver, a meal-delivery service for those with life-altering illnesses in New York City. 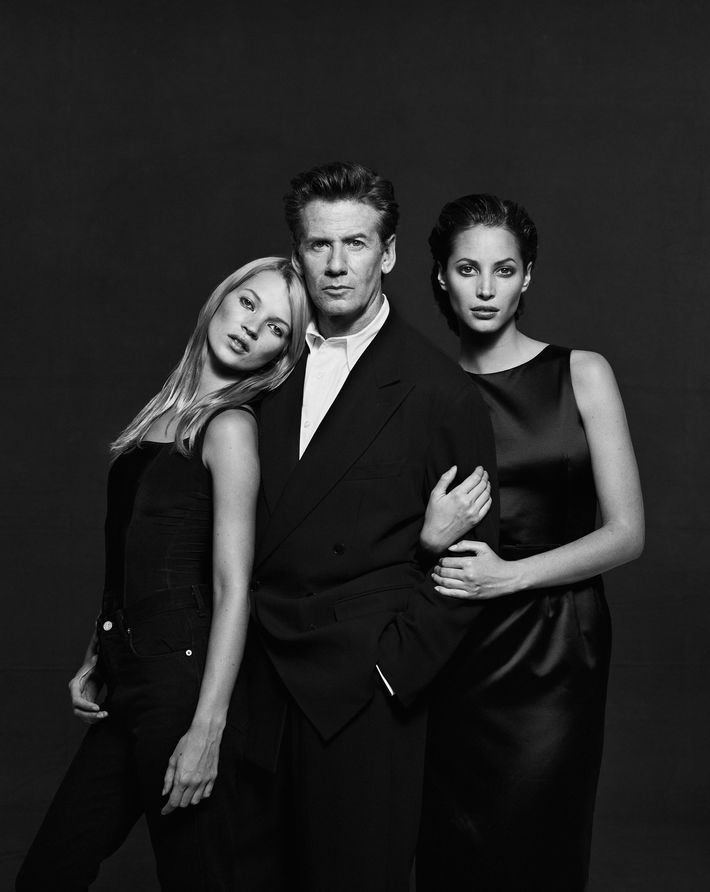 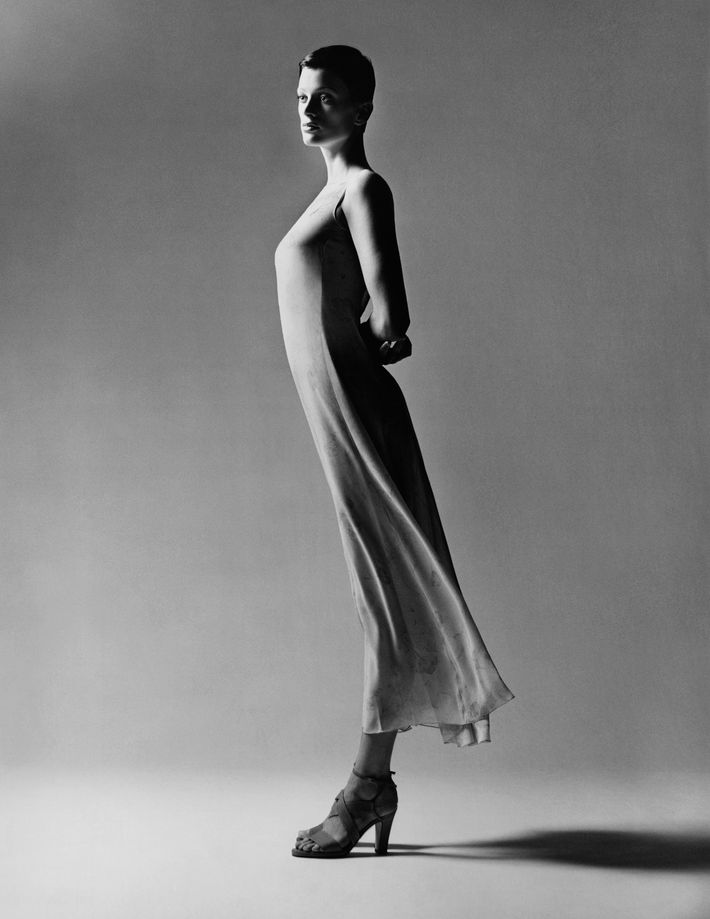 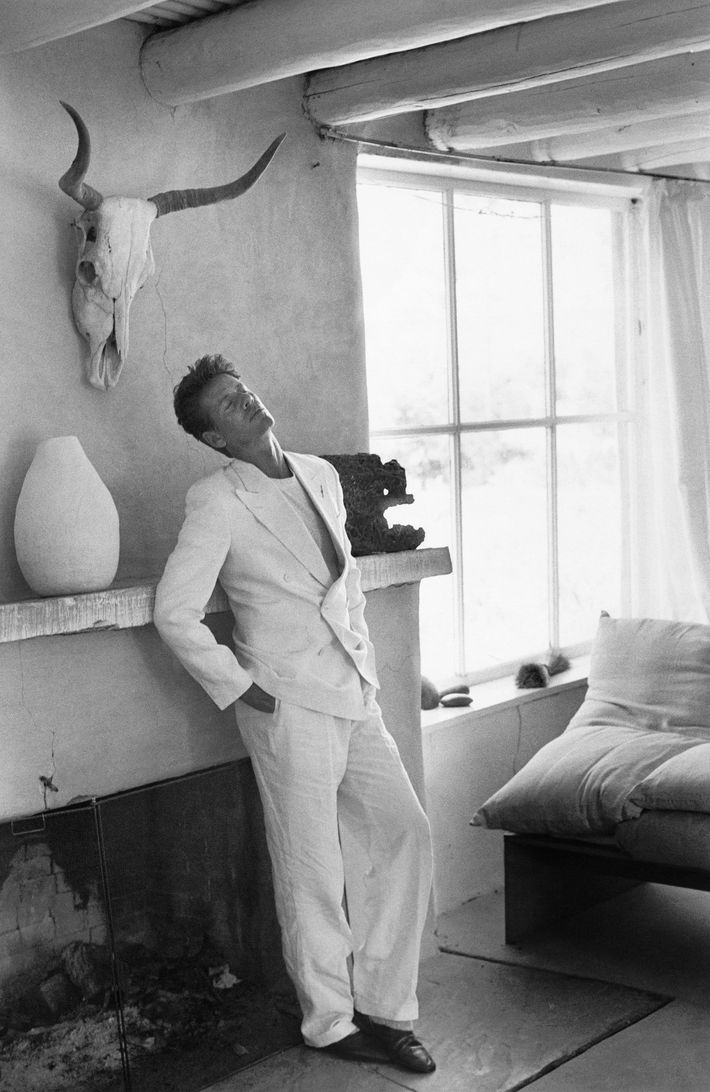 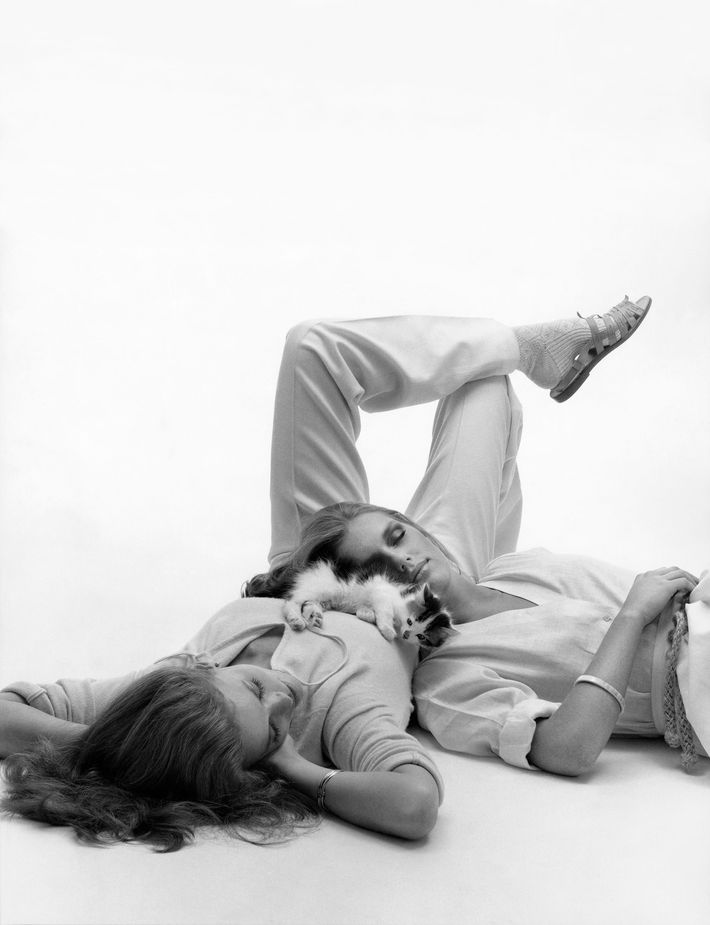 The Icon-Making Power of the Calvin Klein Ad

first person 7:00 a.m.
The First Time Was Terrifying. Now, It’s Just Excruciating. My family’s second bout with COVID might be worse.
By Reyhan Harmanci
valentine's day 7:00 a.m.
40 Valentine’s Day Gifts From Target All the heart-shaped products your heart desires.
zodiac seasons 7:00 a.m.
Your Guide to Aquarius Season Now is the time to be inventive and rebellious.
By Claire Comstock-Gay
succession Yesterday at 7:54 p.m.
Let This Brian Cox Quote Be Your Guide The Succession star is “too old, too tired, and too talented,” and, honestly, same.
tv Yesterday at 6:23 p.m.
Here’s Sebastian Stan on Filming With an Animatronic Penis The actor had a one-of-a-kind experience filming Pam & Tommy.
valentine's day Yesterday at 3:11 p.m.
58 Gifts for the Person You Love They deserve the world, but these picks will work too.
celebrity Yesterday at 1:59 p.m.
Finally, Something Bono and I Can Agree On He is apparently embarrassed by “most” of U2’s music.
news Yesterday at 1:56 p.m.
Cardi B Offers to Pay Funeral Costs for Bronx Fire Victims Last week’s apartment fire left 17 people dead and over 60 injured.
self Yesterday at 1:15 p.m.
I’m Tired of Explaining Why I Don’t Drink We have to expand our language beyond “sober.”
By Sarah Wood
remembrances Yesterday at 12:39 p.m.
The Fashion World Remembers André Leon Talley Designers, writers, and celebrities paid tribute to the inimitable fashion icon, who died on Tuesday at 73.
vampires Yesterday at 12:08 p.m.
Megan Fox’s Engagement Ring … Bites? “The bands are actually thorns. So if she tries to take it off, it hurts.”
celebrity Yesterday at 11:03 a.m.
Tracing the Ongoing Feud Between Britney and Jamie Lynn Spears Things spiraled out after Jamie Lynn went on Good Morning America to promote her new book.
style Yesterday at 9:35 a.m.
Anna Wintour Remembers André Leon Talley The Vogue editor mourned her friend and former colleague, calling him “a brilliant and compassionate man.”
in memoriam Yesterday at 8:33 a.m.
André Leon Talley Has Died The former Vogue creative director and editor passed away unexpectedly this week at the age of 73.
culture Jan. 18, 2022
There Really Is a Coordinated Online Attack on Meghan Markle A new analysis found that the Duke and Duchess of Sussex were the targets of a strategic, monetized social media campaign against them.
euphoria Jan. 18, 2022
8 Pieces You Can Shop From Episode 2 of Euphoria By Kim Shui, Réalisation Par, Nodaleto, and more.
fashion Jan. 18, 2022
All Signs Point to a Big Year Ahead for Aimé Leon Dore The cult menswear brand has a New Balance collection in the works and LVMH money in its pocket.
engagements Jan. 18, 2022
What Is Machine Gun Kelly Hiding? The story of his proposal to Megan Fox isn’t adding up.
the grammys Jan. 18, 2022
The Grammys Are Back On The awards show has been pushed to April — and will now take place in Las Vegas.
health Jan. 18, 2022
Everything to Know About Rapid At-Home COVID-19 Tests Americans are finally eligible to receive free rapid tests.
More Stories