Clare Waight Keller returns the brand to tailoring, promisingly. Plus: Gvasalia goes his own way at Balenciaga, and Philo gets personal at Céline. 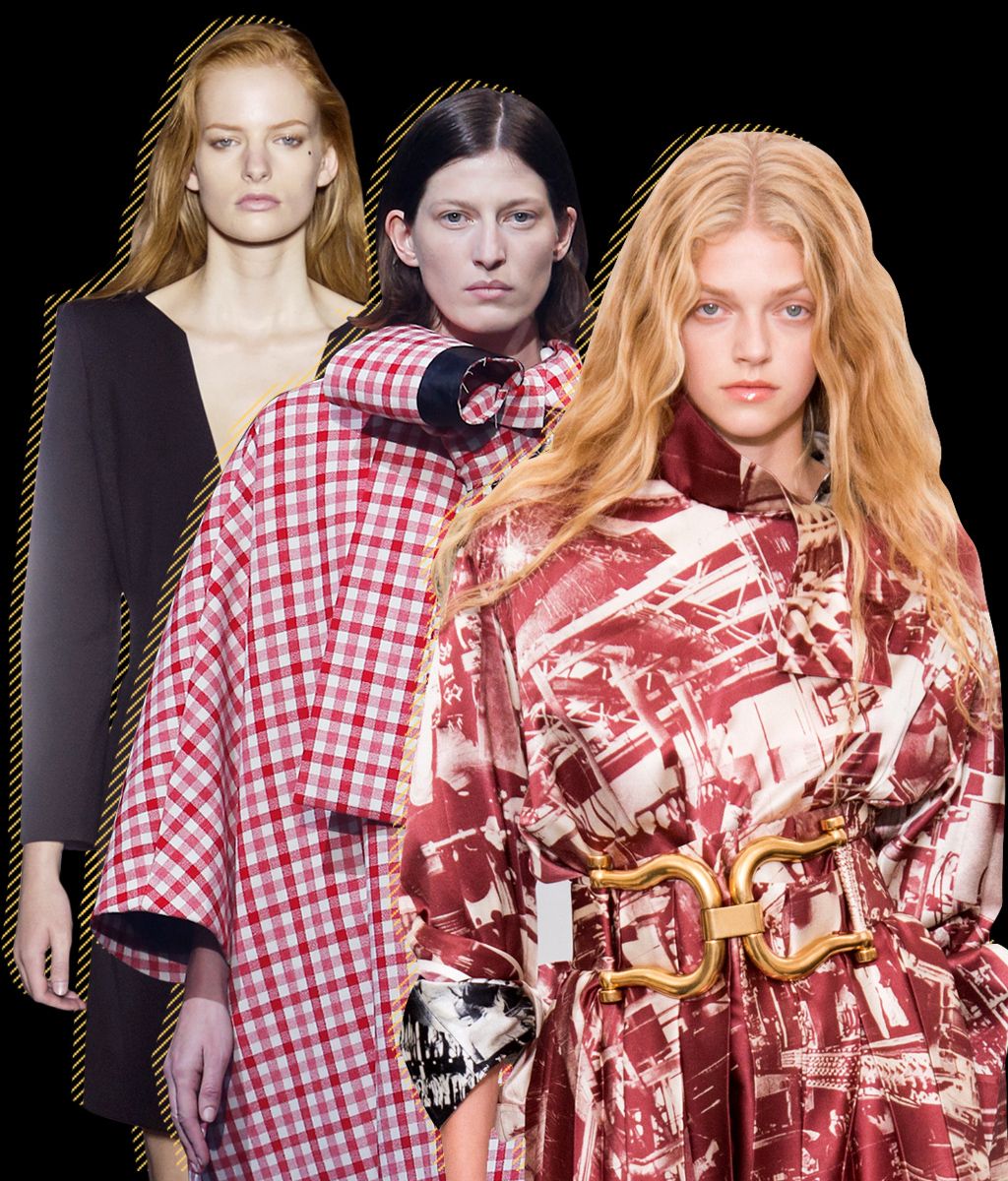 The fashion business has changed a lot since 2005, when Riccardo Tisci staged his first show for Givenchy — a chaotic if memorable series of tableaux vivants held in the couture house. I remember Tisci made a whole story around one gorgeously crafted white cotton shirt. He followed the British showmen John Galliano and Alexander McQueen, who often spoke ill of his brief time at Givenchy, and his bosses at LVMH.

Tisci stayed 12 years. But while he managed to give the brand an aggressive sex appeal — relieved by the feathery, second-skin dresses he did for his small couture presentations — Givenchy’s place in the fashion universe has never been as clear, or as important, as Chanel’s or Dior’s. The Audrey Hepburn connection overshadows everything else, but Hubert de Givenchy’s achievements include the Bettina blouse, and it was probably the house, after Balenciaga, for coats and suits.

The four “revivals” of Givenchy since the mid-’90s have not felt as impactful, in my opinion, as Phoebe Philo’s at Céline or Demna Gvasalia’s quick takeover of Balenciaga last year. The reason is twofold: Givenchy doesn’t have an image to play with, apart from tailoring and good taste, and the vision of the creative director has either been lacking, or strong but somehow out of step with the times.

Clare Waight Keller showed her first collection for Givenchy in the imposing Palais de Justice — the old courthouse, not the new, Renzo Piano–designed building. Despite the majestic setting, the luster of A-list actresses (including Cate Blanchett and Rooney Mara), and press notes that harped on “transformation,” the show came off more as a professional effort to refocus a luxury brand for the next decade than a grand reinvention.

Waight Keller doesn’t have Philo’s innate feeling for luxury that looks tossed off, and she certainly doesn’t have Gvasalia’s capacity for jokes about bourgeois ladies. However, she does seem to have a grasp of her times. Fashion, like any form of information and commerce, has to be processed quickly, so it can’t be complicated. It has to be youthful, but not so much that it shuts out a segment of buyers.

What Waight Keller does have, from her time at Chloé and at Pringle, is experience digging into a brand and breaking it down to the essence. For Givenchy, she extracted two key elements — the tailored jacket and the feminine ruffle — and did a lot with both. The opening mini coat with razor-sharp shoulders was stunning. This is not a big season for tailoring, but Waight Keller lobbied for it. She offered a look that no other brand has, based on the shoulder line, and which would look unquestionably right on a woman today.

Waight Keller worked pleats into some of her skirts (as did Philo at Céline) for more movement and volume, but where the technique worked best was in her relatively simple evening looks, like a belled-sleeve red dress overlaid with pleated chiffon and a subtle frill at the waist and another slightly framing the face. Her loose-fitting evening dresses, with bare shoulders and lace swirled through cream or black silk, were beautiful. They also caught the more relaxed attitude here in Paris this season.

Apart from the surreally grand setting, did her debut show produce excitement? No, but Waight Keller isn’t that kind of designer. She wasn’t at Chloé, and it would be unfair to expect her to suddenly change. She’s smart and deliberate, with an eye on results, and that may be what Givenchy needs now.

Demna Gvasalia had wanted to show Balenciaga in a Paris street, but the police said no, so he settled for a darkened, mist-filled soundstage and the doomy “Angel” by Massive Attack. Explaining his purpose, Gvasalia, wearing an FBI cap that was no doubt a fake, said, “It’s a dangerous time.”

Stella Tennant was the first model out, and her green tartan skirt over sunset-hued tights with a men’s pinstriped shirt and punk spiked heels should have been enough of a clue that Gvasalia had moved on from the archive-inspired collections that characterized his first 18 months at the brand. It didn’t take him long, did it? Backstage, he told reporters he was starting to feel constrained by the effort to reimagine a Cristóbal Balenciaga shape, like the draped-back suits that became puffy sports jackets. “I need to do what I know and like,” Gvasalia said.

Fair enough. Like his Vetements shows, this one had a dark, street edge, with a bourgeois lady nominally at the center. Her fusty plaid skirt gave way to slacks composed of three tiers of fabrics, and a big, draped-back shirt in pinstriped cotton or what looked like crisp plastic, with the logo printed across the back. Dresses came with attached coats — a twofer that Gvasalia has done before. There were sweeping coats tied at the neck, à la Cristóbal, and of course all those rich-lady gags, like Croc platforms, the cash prints and tights printed with the word “Montaigne” down a leg, and bags with matching covers, like a tea cozy or a birdcage cover.

Did the show produce a feeling of dread? Did it comment on the times? Not really, despite the atmospherics. I think a thematic idea helps Gvasalia’s thought process, but it’s also true that he and his team are extremely product-oriented. The money prints aren’t the only cash cows in this collection.

The Céline show was held inside an inflated white nylon bubble at the Tennis Club de Paris. Some guests wondered if this was a camping trip. Colorful duvets were placed on the benches. But no, Phoebe Philo said afterward, “I just wanted to be optimistic.” The nylon bubble was meant to suggest “whiteness and lightness,” the duvets were for comfort.

Philo also directed her thoughts to the bourgeoisie in the form of Céline ads from the ’70s that featured an Avenue Foch type of lady. She looked at fashion from the ’80s — mainly, she said, for its sense of freedom. Asked if her motives were personal or a reaction to current fashion, she paused and said, “It certainly felt personal.”

That will always be the difference between Philo and her peers. She consistently makes things so personal — eccentric or unusual in scale or proportion — that they’re hard to quantify. She also avoids irony, unlike Gvasalia (and, say, Marc Jacobs), so that the lady theme is freer to enter new territory.

The most striking features of this collection were the more generous cuts of jackets and coats (especially in the shoulders and sleeves) and some of the caftans, and the knowing way that Philo used rich materials. She said backstage that she feels her job at Céline is to offer “an elevated product, by making things as beautifully as we can.” That might be a bag with a place for a woman to slide her fingers, in order to keep them warm or hold the bag closer to her body. Or it might be deceptively plain-looking ponchos or anoraks done in drab camping tones that happened to be super-soft leather. She did the same thing with a mock-turtleneck black, sequined dress, popping it over khaki slacks.