The same industries that exploit us turn around and sell our exploitation back to us. 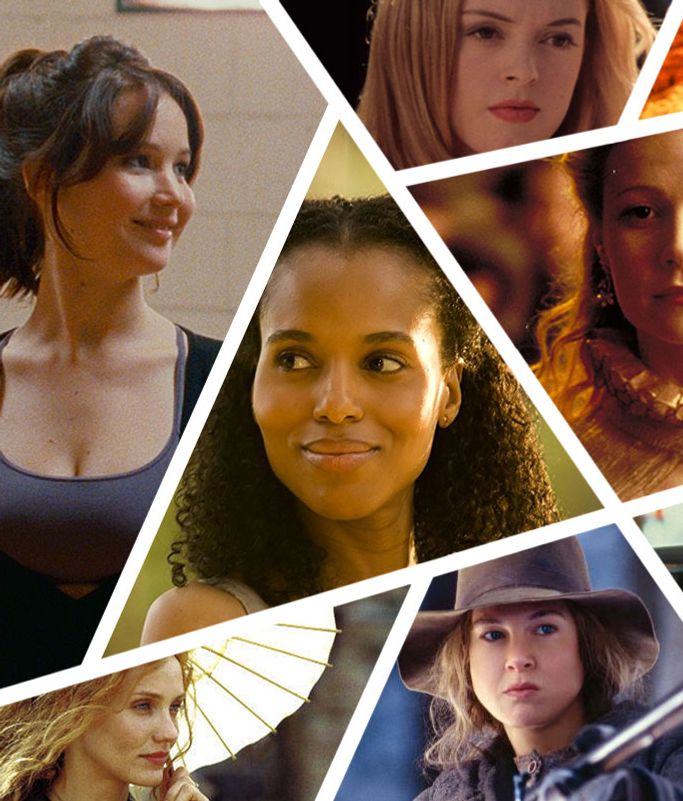 The many sexual harassment scandals of the past year (including Roger Ailes, Donald Trump, and now Harvey Weinstein) have sparked a wider conversation in all professions. But since celebrities are our royals, the media has directed special attention to Hollywood, and day by day, more actresses come forward — Jennifer Lawrence, Reese Witherspoon, Lupita Nyong’o — with stories of abuse, humiliation, and outright assault.

Bringing these stories to light is critical; stopping and punishing rape is urgent. But we need also to recognize that many wealthy and powerful moguls who dehumanize women in private, treating them like consumable goods to be used for their pleasure — like products — are the very same people responsible for the commodified images of womanhood that bombard us everywhere: in movies, on television, online, in magazines, etc. The gaze the moguls train on women in private is also the gaze with which they frame them for our public consumption.

Popular culture tells us who we are, it fosters and perpetuates our values. And so regardless of our level of feminist awareness, most of us consume, normalize, and to some degree internalize the limited images of womanhood presented to us. It’s a circle, a round-robin of a system in which we all take part. We are accustomed to a pop culture universe — to film and TV plots, advertisements and fashion shoots — in which men “do” and women mostly “are” — are pretty, are looked at, are victimized, are desired, are dressed and undressed.

For a classic illustration of this, recall the most famous scene in Weinstein’s 1999 Shakespeare in Love: when Joseph Fiennes undresses Gwyneth Paltrow by pulling on a long strip of cloth that binds her breasts. As Fiennes unwinds the fabric, Paltrow turns slowly round and round, like an unraveling spool of ribbon. The scene is vivid and erotic, and Paltrow won an Oscar for her role. But it also depicts a man literally unwrapping a woman as if she were a gift. She is bared and enjoyed as a delectable treat for her onscreen lover and all of us in the audience. Today Paltrow is among Weinstein’s many accusers, all of whom share stories of being regarded by him as lovely packages he felt at liberty to unwrap.

Weinstein himself reportedly acknowledged the connection between his repellent hotel-room demands and the typical onscreen requirements for actresses. He allegedly advised aspiring actress Tomi-Ann Roberts that she might as well bare her breasts for him in private since she’d likely be called upon to do topless scenes on camera. Similarly, Vietnamese actress Vu Thu Phuong alleges that Weinstein, wearing only a towel, helpfully offered to “teach” her how to do an onscreen sex scene.

Weinstein built his fortune by assessing, grooming, and presenting participants in the endless parade of young beauties that pass before our eyes daily. Yes, these women are also very talented. And yes, Weinstein sometimes cast older actresses, such as Judi Dench. But let’s face it, the majority of female stars, working for Weinstein or others, are young, slim (but bosomy), white (usually), and conform to conventional facial standards of model-esque good looks.

These images of women don’t remain on the screen or in magazines; they enter our minds and bodies and permeate our consciousness. They provide the criteria we use to assess, groom, and present ourselves, the examples we emulate or react against as we craft our own self-presentation, our appearance, our wardrobe choices.

Harvey Weinstein was long associated with fashion through his wife, designer Georgina Chapman, and her company, Marchesa. He was a presence at runway shows, seated beside Anna Wintour, who often put his stars on the cover of Vogue. (She has since repudiated him.) Completing this circle of influence, Weinstein is known to have arranged for “his” actresses to wear Marchesa gowns at award ceremonies. With cascading ruffles and oversize satin bows, these gowns make women look like very expensive, gift-wrapped packages, literalizing the motif of actress-as-commodity.

From childhood, most women live in some kind of relationship with the glamorous women of popular culture and fashion — the stars, the actresses, the models. As both consumers and the consumed, we come to absorb what society expects from us by watching movies and following fashion. Whether we comply or resist, wear ruffles or tracksuits, we all grapple with the imagery and standards presented to us, judging ourselves against them. This is the one-two punch of how the entertainment industry and the fashion world intersect.

What’s more — and this is harder to say — there’s pleasure to be found in this system as well. I admit to loving beautiful clothes, glossy fashion magazines, shopping, and even talking — or writing — about these things. There’s pleasure in contemplating images of beautiful women — for gay and straight women alike — the pleasures of identification, of yearning, of aspiring, even of nostalgia. And the complicated art of self-presentation — all the self-care, the arrangement of clothes, hair, and makeup, the concerns of diet and exercise, are all part of a tradition that still connects women to one another across generations and social class, a form of social bonding not unlike sports for men.

That is the flip side of exploitative commodification, of the “gift-wrapping” of women in popular culture: for some, there may be real delight in being the gift, the desired object, and at times there is also real career advancement to be gained. These are the unspoken truths.

Weinstein and Fashion, a Special Relationship

This week, amid all the #MeToo’s of social media, I found myself remembering not only times in my life when I had been sexually harassed (many), but also times when I was pointedly not, when I was passed over by a powerful man whose inappropriate attentions were clearly benefiting some other woman. At moments like those, I admit to having wondered: Why not me? Was I not pretty enough to be a target? Had I done or said the wrong thing? I am certainly not proud of this, but I doubt I’m alone. I was not longing for exploitation but validation. It’s simply proof I too have internalized this culture, that I’m caught in its circle and its power imbalances, subject to its rewards and penalties.

No one wants to be abused or exploited. No one ever should be. Assault is a crime that must be prosecuted. But we cannot fix the destructive, violent, abusive part of the culture without recognizing how its tenets and premises make themselves felt throughout the rest of the culture, until we recognize that the “tool-kit” for women’s self-presentation — the rules, norms, dress codes, available pleasures, the prized characteristics, etc. — often come to us from the same industries that seem so especially guilty of exploiting and demeaning women.

Fashion, Hollywood, media culture in general, and arguably now even the White House, all besiege us with nonstop images of commodified women, dressed up, made up, coiffed, assessed, slim in some places, plumped in others, pouting, posing, seducing. Let’s begin acknowledging the dollhouse we live in.