Warm collections by McQueen and McCartney, along with some stellar exhibits, remind us that it’s not just technology that draws people to fashion. 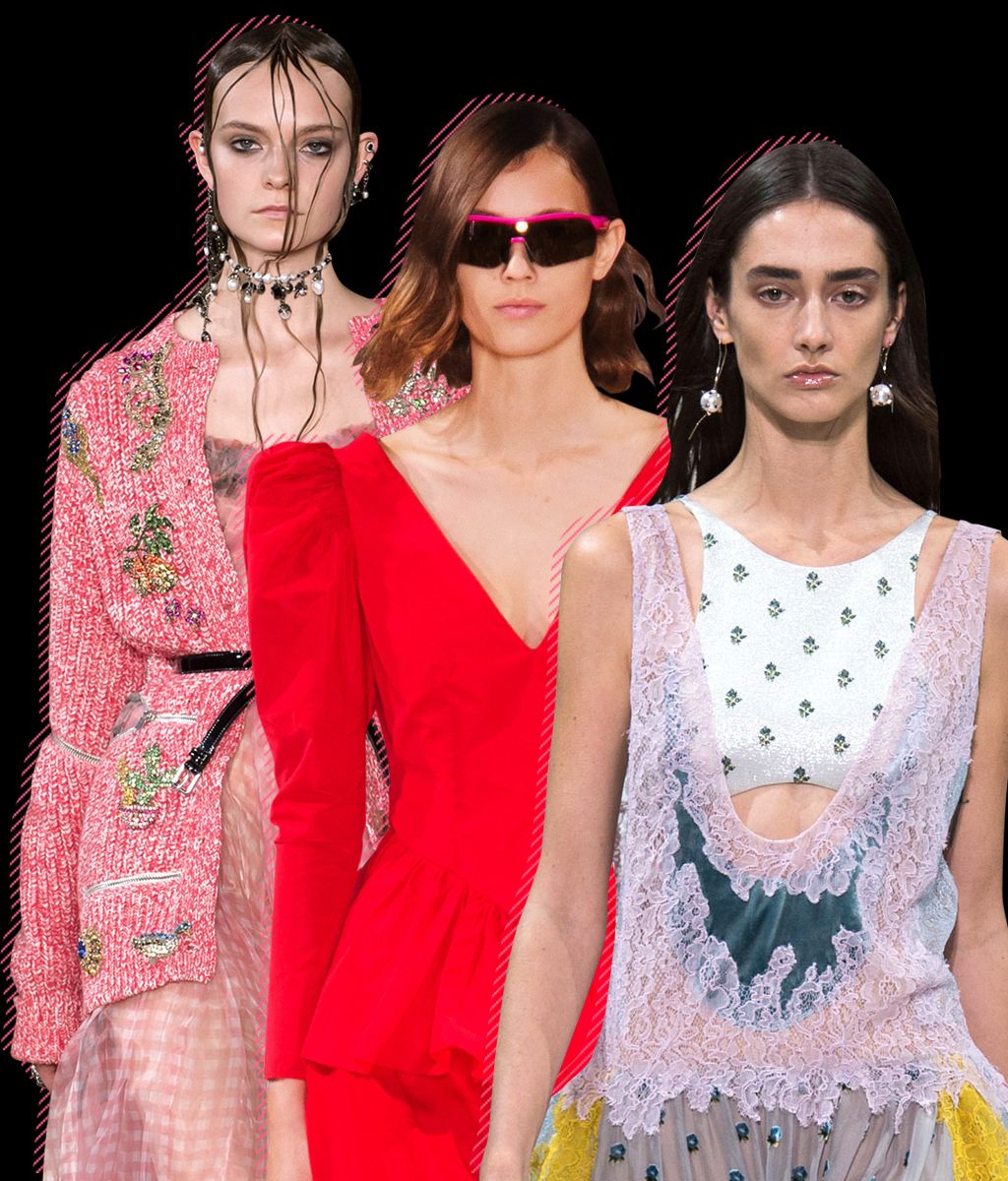 Last night, on my way across the Seine for a quick preview with Sarah Burton before the McQueen show, I noticed a crowd beginning to gather outside the new Louis Vuitton store in Place Vendôme. They had come to watch guests arrive for the VIP party and, more, to stare at the huge metal sun with radiating gold bars that Louis Vuitton had been allowed to attach to the 17th-century façade. I don’t know if executives regard Louis the brand as the new Sun King, but the building already seems to be a tourist attraction.

Driving around Paris, often stuck in traffic between appointments and shows, it’s easy to feel a little jaded and cynical about fashion — and to forget how deeply fascinated people are by it. The ticket line for the Dior exhibition, at the Musée des Arts Décoratifs, was immense on Sunday. On the same day, 3,700 people visited the new Saint Laurent museum in the couturier’s former maison, some waiting in line more than three hours to view his designs and original studio. And there’s a very affecting exhibit at Galerie Azzedine Alaïa, where photographs by the artist Richard Wentworth explore Alaïa’s process and the relationship between his fashion and sculpture. If that sounds highfalutin, it isn’t at all. It’s one of the most illuminating — and simply installed (images are nailed on plywood) — exhibitions I’ve seen in some time.

Wentworth has known Alaïa for several years, and he was able to see things in Alaïa’s occupation, and the house where he lives and works, that others have not seen. One of those qualities is the human aspect of fashion. We take it for granted that models parade in a line — up and down the runway! But, as Wentworth reminds us in the text that accompanies the Alaïa exhibit, a procession is as old as the Greeks. It’s ceremonial. And because there’s so much talk around the fashion industry of technology — from lasers to influencers with big Instagram numbers — it’s easy to minimize the human element in the design and making of clothes.

This was the takeaway from the McQueen show. Burton’s main inspirations were the famous flower gardens at Great Dixter, in East Sussex, but she was also thinking of English country-house life: The worn-and-torn tulle couture frock; the Barbour field jacket now done in waxed brown leather with checked sleeves; an impeccably cut riding coat in black wool, but now with a subtle corseting effect of two panels of tattersall check, and a long check panel down the back (this was one of the outstanding designs of the Paris collections); the frumpy, decidedly tatty old granny cardigan, now pinned with brooches.

Burton didn’t go crazy with the flower theme. She largely confined it to the rose and peony colors, the antique floral handkerchief prints that hemmed denim skirts, and some lush rose embroideries. Mostly she captured the seemingly chaotic sense of a garden — the riot of blooms, the crush of new growth and decaying nature. I was also struck during my preshow visit with Burton, as the models were lining up, their heads looking rain-drenched, that she several times referred to Lee McQueen designs. One was a floral tapestry swing skirt, now in woven paper, that referenced a look from his 1999 spring show (the one in which Shalom Harlow was spray-painted by a robot). The tartans were another McQueen marker.

That Burton is circling back to a moment in time, while still moving on, is also very human.

Small floral prints, breezy shapes, and relaxed tailoring keep turning up at the Paris shows. Pierpaolo Piccioli reprised some of the floaty, minimalist shapes from his standout couture show in July, along with a vivid palette of bright red, blush pinks, and beige — nearly all in lightweight fabrics. Piccioli said he wanted to give new perspective to familiar things, but silk bombers overlaid with plastic sequins looked belabored. More convincing were skimmy tank dresses in a mélange of silk floral prints. The best of the evening looks were a one-shoulder dress in red bias-cut silk, and up-to-date versions of ’80s Valentino gowns — now chopped down to cute red or black strapless minis with a bow discreetly at the back.

Between the comfy, amplified proportions and easy shapes, Stella McCartney’s clothes also had a human touch. She, too, showed bombers and trousers with drawstrings, but hers felt natural. There were terrific cotton jumpsuits (a McCartney specialty) in spice and acid green, cute off-the-the shoulder dresses in batik prints, and oversize T-shirts in a sharp-looking Japanese jersey, which she let completely fly with long, full skirts. This was a great collection for fans looking for McCartney classics that feel especially right for a casual spring — like most of those big tees, the loose-fitting cotton dresses, and the terrific one-shoulder red dress with a flounced neckline that closed the show.