On the streets of Marrakech and Casablanca, fashion has become a hybrid of traditional styles and young internet trends. 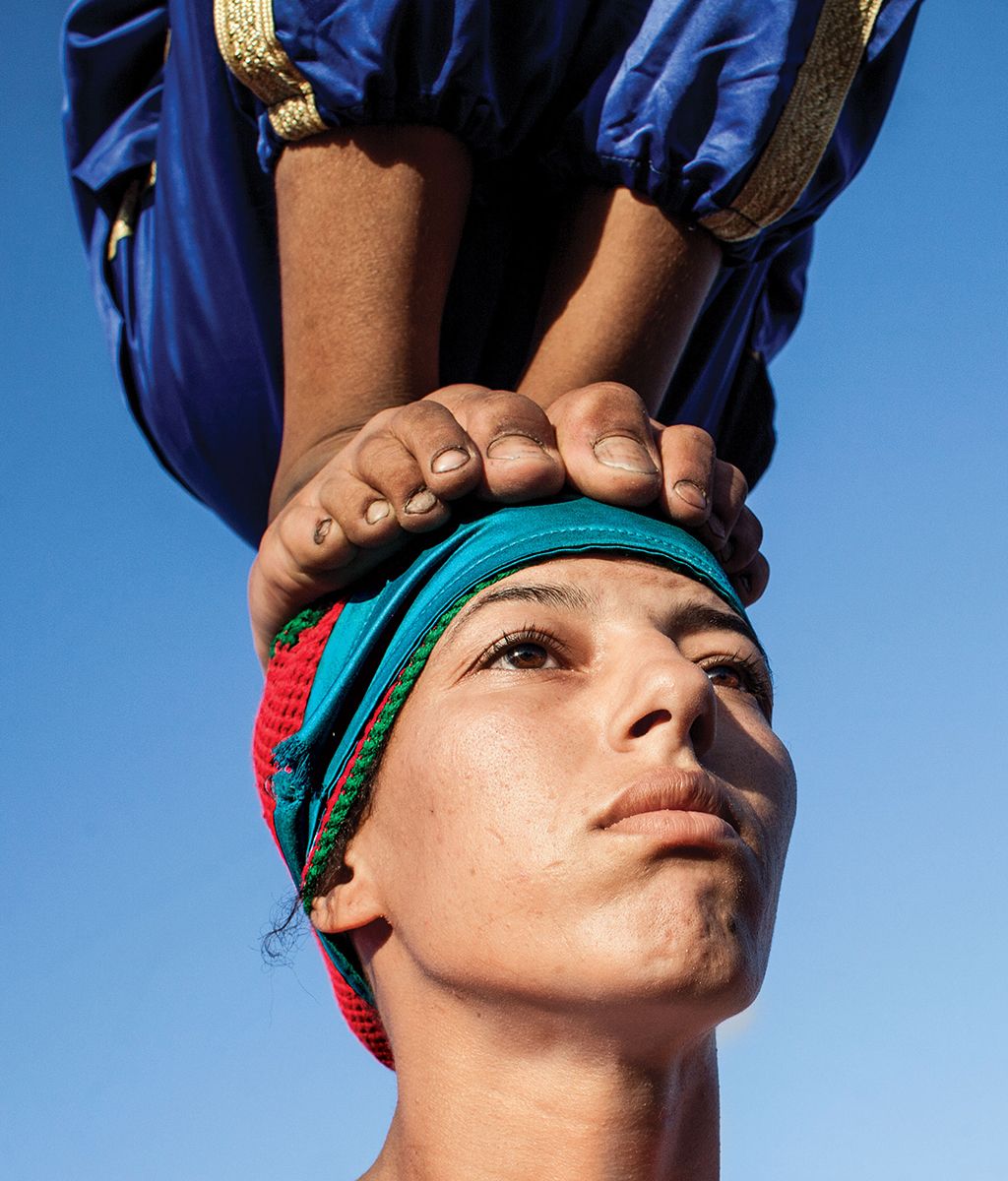 The fashion world and Morocco have long had a love affair. (Witness that world’s flocking to the opening of the new Yves Saint Laurent museum in Marrakech.) But fashion, as it’s actually lived and breathed in Moroccan cities, is rapidly changing. “Now, if you walk down the streets of Marrakech, you will see a guy in a local djellaba wearing sneakers that he got through a cousin who lives abroad,” explains Amine Bendriouich, a designer and creative director who divides his time mostly between Marrakech and Casablanca. “It’s not only about the guys who can afford the most fashionable items; it’s more about Mr. Everybody.” Bendriouich breaks down Morocco’s street-style scene into three categories. First, there are the people who are “far removed from fashion,” like his mother, aunts, and neighbors. Then, there are the kids who “want to look exactly like what they see on the internet,” with the latest graphic T-shirts, sneakers, and jeans. Finally, the most interesting category, in Bendriouich’s opinion, is made up of those who are “hybrids” of the two groups — like the girls in hijabs who still want to look Instagrammable. “They’re the ones doing something really different.”

The influence of the internet goes both ways, of course, and international brands are also taking notice of what’s happening on the streets of Morocco. Traditional babouche slippers, for example, can be found on the Gucci runways. “When this happened, Moroccans started laughing,” says Bendriouich. “On the internet, people are comparing a Moroccan babouche with a Gucci babouche and saying, ‘Look what happens when a Moroccan babouche goes to university and gets fancy.’ ” —Emilia Petrarca

*This article appears in the November 27, 2017, issue of New York Magazine.

In Morocco, Traditional Styles Mix With Internet Trends
please clap 12:05 p.m.
Gisele Stays Winning She wishes her newly retired ex the best of luck in all his future endeavors [prayer-hands emoji].
spring fashion 12:00 p.m.
Starting Over With a Divorce Registry “We don’t see these things as gifts.”
By Kathryn Jezer-Morton
beyonce 10:11 a.m.
Are You Ready for the Beyoncé Ticketmaster Bloodbath? Hope you’ve been saving for Renaissance tour tickets.
spring fashion 10:00 a.m.
Introducing Nico Parker Meet the breakout star of The Last of Us.
By Iana Murray
how not to f*ck up your face 9:00 a.m.
Dear Beauty Marketing: Stop Telling Me How to Look Younger Understand what you’re buying. Plus: solving a red-eyelid mystery.
my two cents 8:00 a.m.
Saving Money Is Ruining My Social Life Don’t lecture your friends on their finances. If they want to change, they will.
By Charlotte Cowles
problem solving 8:00 a.m.
The New Rules How to text, tip, ghost, host, and generally exist with others in society today.
By
i have questions Yesterday at 8:59 p.m.
We Need to Talk About David Harbour and Lily Allen’s Bathroom Why is there carpeting around the bathtub?
oh no Yesterday at 5:59 p.m.
Is This the End of Bed Bath & Beyond? The retailer is closing 87 locations and could be headed toward bankruptcy.
in her shoes podcast Yesterday at 3:43 p.m.
In a World Dominated by Filters, Paulina Porizkova Is Embracing Her Age  On this week’s episode of the Cut’s In Her Shoes podcast, the former supermodel talks aging, betrayal, and her career.
By the Cut
society pages Yesterday at 3:29 p.m.
The Whitney Art Party Gets Horn-y Go inside the museum’s astrology-themed event with Ashley Graham and Tracy Anderson.
healthcare Yesterday at 3:25 p.m.
Florida Wants to Force Student Athletes to Share Their Menstrual History The move raises concerns about potential legal repercussions for students suspected of having abortions.
obsessive tester Yesterday at 2:31 p.m.
30 Makeup Brushes Every Part of Your Face Will Enjoy Soft brushes at every price point.
academy awards Yesterday at 1:39 p.m.
Unpacking Andrea Riseborough’s Controversial Oscar Nomination Why are people so worked up about the actor’s grassroots campaign?
your next move Yesterday at 12:52 p.m.
‘I Hate My Cushy Job. Should I Suck It Up or Just Quit?’ The answer is right there in the question.
q&a Yesterday at 12:34 p.m.
Bethann Hardison Looks Back on Her Life With a New Documentary The activist and model spoke to the Cut about premiering Invisible Beauty at Sundance and why she refuses to use the term “Black excellence.”
finally Yesterday at 12:09 p.m.
Do I Feel Sad for Tom Brady Now? Having lost everything to football, the quarterback is finally retiring for real.
health and wellness Yesterday at 12:07 p.m.
Naomi Watts Wants You to Talk About Lube “What kind of Dry January have you had … Dry AF … am I right?”
marketing? Yesterday at 12:03 p.m.
Lingerie Ad Compares Bra to … Ryan Reynolds? Harper Wilde has pulled a truly bizarre endorsement (?) of their product.
spring fashion Yesterday at 12:00 p.m.
Everyone’s Dissolving Their Pillowy Filler Faces The filler era has ended. Now, everyone’s scooping out their face.
By Sangeeta Singh-Kurtz
More Stories