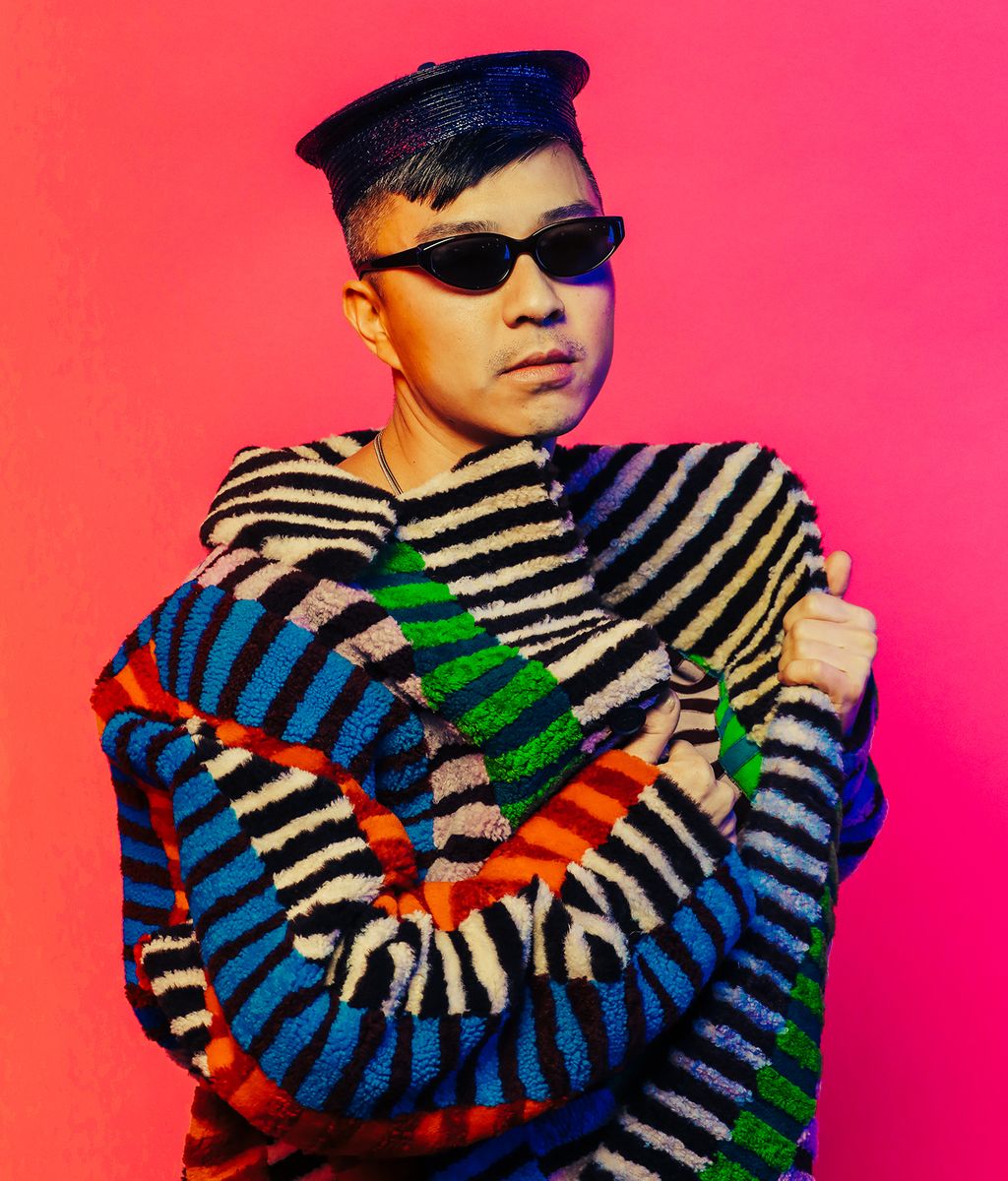 To hear makeup artist Stevie Huynh tell it, he and his friends (a half-dozen-strong crew of fashion-forward queer Asians) just wanted to go out. “I don’t care if you’re going to a bar in the East Village or Bushwick or Hell’s Kitchen or Chelsea, you walk in and you just feel different,” says Huynh, 33. “There is no Asian nightlife in the city — literally none.” So he and his friends, artists Nicholas Andersen and Vivianne Yi and designers Pedro Vidallon, Paul Tran, and Karlo Bueno Bello (who performs as Bichon), decided to create their own roving monthly dance party catering to creative Asians in the Williamsburg-Bushwick-Greenpoint triangle.

It’s called Bubble_T (after the Taiwanese drink), and since it began in May, it’s become a fashionable party (Opening Ceremony co-founder Humberto Leon has hosted several times; Solange appeared at a December party) as well as a monthly exercise in genre-mixing: beefy Tom of Finland types, New Wave Asian goths, high-concept drag artists. They call themselves the “Slaysians.” As these things tend to go, the party’s become more diverse as its profile has risen; in one night, you can overhear an Asian partygoer griping about too many non-Asians right before eavesdropping on a (clueless) white attendee asking, “Why are there so many Asians?” Bubble_T’s mission is unequivocal, though: It’s here for the Slaysians. “People will tell me, ‘It’s a new experience to see attractive faces that are like mine, and not feel like the only one,’” says Andersen. “That’s a great thing. We want to take this energy and make it more than a party.”

+Comments Leave a Comment
Meet the Creatives Behind New York’s Queer Asian Dance Party
celebrity Yesterday at 9:13 p.m.
Britney Spears Just Wants Some Privacy The star confirmed police were called to her home by fans.
celebrity Yesterday at 7:08 p.m.
Ziwe and Lisa Rinna Brought RHOBH to Paris Fashion Week They were “ready to own it” in Mugler.
power Yesterday at 6:11 p.m.
Harvard Students Walk Out on Professor Accused of Assault Over 100 students continued to protest the reinstatement of John Comaroff, who has been accused of sexually harassing and assaulting female students.
couture spring 2023 Yesterday at 5:20 p.m.
Seduction and Suiting at Couture Fashion Week Shows from Chanel and Gaultier by Haider Ackermann were fresh.
identity Yesterday at 2:22 p.m.
The Monterey Park I Remember Spending family time in the Asian-majority city helped me proudly embrace my identity.
sex toys Yesterday at 12:33 p.m.
27 Best Sex Toys You Can Buy Online Reviewers don’t lie.
elvis Yesterday at 11:48 a.m.
Austin Butler Finally Gives Credit Where It’s Due The Elvis star admitted that his ex Vanessa Hudgens was the “friend” who manifested his biggest role.
kardashian kids Yesterday at 11:07 a.m.
North West Is Making Her Hollywood Debut The 9-year-old will lend her voice to a character in the Paw Patrol sequel.
my two cents Yesterday at 8:00 a.m.
‘Do I Need to Attend All of My Boyfriend’s Friends’ Weddings?’ Start by examining your priorities.
By Charlotte Cowles
how not to f*ck up your face Yesterday at 8:00 a.m.
In Defense of ‘Good Enough’ Aging When good enough is plenty good. Plus, are you dealing with thinning lashes?
celebrity Jan. 25, 2023
Gisele Bündchen and her Jujitsu Instructor Are Riding Horses Now Meanwhile, Tom Brady is still considering his retirement.
celebrity Jan. 25, 2023
Julia Fox Has a Mice-Friendly Apartment She mentioned her rodent roommate during an apartment tour on TikTok.
ask a beauty editor Jan. 25, 2023
Should I Worry About UV Damage While Getting a Gel Manicure? A recent study found that exposure to a UV nail-polish dryer led to cell deaths. We spoke to experts about how to protect yourself.
weight loss Jan. 25, 2023
Chelsea Handler Says She Didn’t Realize She Was on Ozempic “My anti-aging doctor just hands it out to anybody.”
where did you get that? Jan. 25, 2023
Aleali May on Vintage Shopping, Jordan 1s, and Cargo Pants She shares her wardrobe essentials and styling tips.
school shootings Jan. 25, 2023
A 6-Year-Old Shot His Teacher — Now What? The teacher’s lawyer claims the school administration was warned three times that the 6-year-old had a gun.
obsessive tester Jan. 25, 2023
The 23 Very Best Foundations for Your Skin Whether you want to look airbrushed or like you’re not wearing makeup at all.
power Jan. 25, 2023
What to Know About the New Brett Kavanaugh Documentary After debuting at Sundance, Justice filmmakers say they’re already getting new tips.
why is your skin so good Jan. 25, 2023
How John Legend Gets His Skin So Good He and his wife, Chrissy Teigen, often share their skin-care products.
power Jan. 25, 2023
Esmé Bianco Settles Sexual-Assault Lawsuit Against Marilyn Manson The Game of Thrones actress agreed to settle “in order to move on with her life and career,” her lawyer said in a statement.
More Stories