Phoebe Philo and the Death of Leisure Time

Philo is a designer for a slower era. 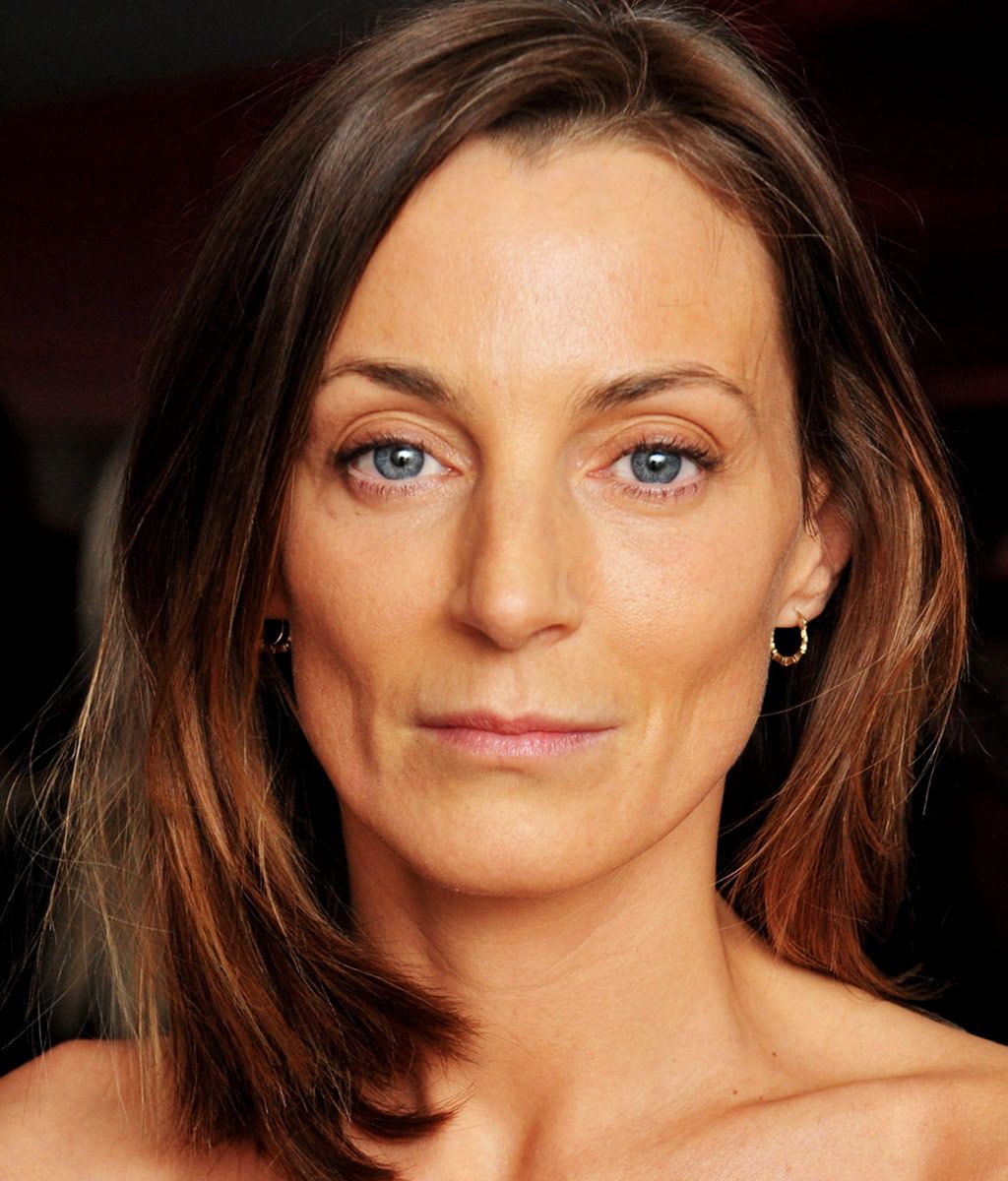 Why does someone who has the fashion world at her feet decide, at 44, to put those feet up, perhaps for good? Phoebe Philo is leaving Céline after nearly a decade as creative director of the Paris brand, apparently with no plans to join a rival.

The simple answer to that question is: because she can. She’s probably earned enough money to be able to afford a long break, even retirement. And no one who’s followed her career over the past 15 or so years can be surprised by this decision. In 2006, Philo left Chloé to spend more time with her family, in London, a break that lasted two years before LVMH wooed her to Céline. She’s also been dropping hints, mostly in her shows. In October 2015, she created a giant nylon tent on an earthen runway, the models in almost dowdy linen dresses, or evening slips that had been intentionally creased, as if they had been worn straight out of a suitcase. If the clothes made you think of drinks by the sea or a tramp in the English countryside, that was the idea, Philo said afterwards: “It’s where I long to be, more and more.” Lately, the designer hasn’t even said that much, dodging ritual backstage interviews.

But it’s hard not to feel disappointed. Philo is one of the most interesting and elusive designers of the past generation, and by elusive I mean the peculiar effect of her designs, especially at Céline, was difficult to pin down. In writing about her collections, I never felt that I nailed one to my satisfaction — a sense I don’t have with shows by Miuccia Prada or Rei Kawakubo or Nicolas Ghesquière. In each of those cases, there’s at least one or two seasons where I felt the review properly conveyed what was fulfilling (or maddening) about the collection. With Philo, I batted zero. And it wasn’t because I didn’t spend personal time with her in her studio, as I do with many designers, chatting about their process. With Philo, that was never really an option; she was not so accessible, and her infrequent interviews were so guarded or circumspect that they usually weren’t worth the trouble to read.

No, I was okay with the distance and the silence, in fact I preferred it. It left me free to imagine. Because Philo’s clothes were not just simply for women; they were also about women — their distractions, their routines, the way they stuff a bag under an arm or concoct an outfit out of a dress and trousers, their sideways longing for red-lipped glamour, their disdain for basics, their love of uniforms, their wisdom and maturity. It was all there, every season, expressed in the clothes.

One interview that did shed light on the essential elements of Philo’s talent was conducted by Penny Martin for the spring/summer 2010 issue of The Gentlewoman. In it, Martin noted that guests at Philo’s first Céline show, in October 2009, received a book of grainy images whose content had more in common with ’70s-era Penthouse than a bourgeois French brand. That season, Philo showed fine leather tees with cotton-twill minis, white-poplin shirts, a modified khaki army jacket, and sharp-looking linen trousers with long-sleeve tops that made me think of a young Joan Didion’s leotards. Their bodies still tan from summer, the models wore wooden-sole platform sandals.

In hindsight, I can now see that the spirit of the collection had far more in common with Penthouse than I realized at the time; and that if many of us at the show instantly wanted to be that person in the cool mini and sandals, with the long bare legs, it was because we were connecting not so much to the clothes as to a sense of freedom and uncomplicated style they represented, whose essence Philo had boiled off those images. That was Martin’s point, I believe, in bringing up the booklets, which became a regular thing for Céline. These weren’t just random images pretentiously offered to editors and other guests. Nor did it matter that their connection to the clothes and accessories often remained obscure. The important thing to understand was that they were a primary resource for Philo — more than words or music or social-media data. As she told Martin, “I surround myself with images for their emotional qualities. I get an energy from their tenderness, strength, and glamour that I’m very responsive to.”

That wondrous energy is what kept Céline fans informed, and perhaps even made them feel special. They could relate not merely to Philo’s notion of an ever-evolving wardrobe — the trouser suits and raincoats that remained, the poplin shirts that evolved into an oversize style or a dress — but also to her abrupt shifts of mood, as if sick of the direction her designs (or life?) had taken. I remember the delight I felt at seeing her spring 2013 show, perhaps my all-time favorite Céline show, held in a fancy home on the Avenue Foch. The models trooped out in Céline’s sleeveless tees, now in silk with a twist in front, and soft trousers flopping over furry slides. I got the feeling that Philo would rather be in Big Sur. Sitting on my ridiculous gold salon chair, I wanted to shout, “Take me with you!”

But beyond a few statements, she never really explained how she honed in on those “emotional qualities” and turned them into new objects that rarely felt retro or trendy. (It must be said the process wasn’t fool-proof: she occasionally got caught copying other designers.) Someone like Miuccia Prada, when intellectually engaged by an interviewer, can speak for hours about her concepts. Not Philo. And, anyway, it isn’t the explanation we will miss but, rather, her uncanny sensitivity.

Will Philo return to fashion one day? My guess is probably not. And I don’t think she’s taking a breather in order to gird herself for a bigger brand, like Chanel or Dior. Around the time that Raf Simons left Dior, there was some casual speculation about what a Phoebe-designed Dior would look like. It would look amazing. But, then, so would a Phoebe-designed country house or apartment. Perhaps she’ll up and move somewhere like Los Angeles. I can see her turning her energy to other ventures. And it doesn’t follow that a woman who convinced the honchos at LVMH to build a London studio for her and the Céline staff would now want to spend more time in Paris, which she’d have to do for a brand that produced ready-to-wear and couture. Céline was truly niche.

Philo often insisted, especially of late, that all her design choices were personal, and that’s how I judge this decision. I don’t see it as a sign of a punitive fashion system, in part because Philo had advantages that her peers did not have, like a studio close to her home and no shows in far-off locales, as LVMH’s other brands do. But I do think that her departure is part of a watershed moment in fashion. Going forward, we will see less intuitive design, less design that is respectful of the wide range of feminine emotions, experiences and ages. This change is part of a larger societal shift in how we work and value our time, indeed how people view leisure time — which has always been essential to shopping and the pursuit of beauty and fashion. (I recommend reading Ginia Bellafante’s excellent piece in the Times, on the proposed sale of Lord & Taylor’s flagship on Fifth Avenue, and the demise of real leisure time; the readers’ comments are worthwhile, too.) Céline has only recently begun selling its products online, where people now spend much of their time. That’s akin to a department store keeping its stamp-collecting department — and, as far as I know, none has.

Yes, there’s a sting in Philo’s news today, and it’s the realization that something more than great fashion is going away.

+Comments Leave a Comment
Phoebe Philo, Céline, and the Death of Leisure Time
society pages Yesterday at 2:36 p.m.
Where Art Thou, Adam Driver? Inside New York Film Festival’s Campari-drenched White Noise party.
By Sangeeta Singh-Kurtz
review Yesterday at 9:47 a.m.
At Loewe, Blurring Reality in a Digital Era Jonathan Anderson questions shape and silhouette in a modern way.
By Cathy Horyn
fashion Yesterday at 9:23 a.m.
How Bella Hadid’s Spray-on Dress Was Made We were just as confused. So we found out.
parties! Sept. 30, 2022
Microdosing Opulence at the Hermès Block Party The Parisian fashion giant celebrated the opening of its new flagship store in New York.
how does it fit? Sept. 30, 2022
We Tried Ganni’s Top-Selling Pieces on 3 Different Bodies Are we #GanniGirls?
society pages Sept. 30, 2022
Martha Stewart and a Big Fish Stopped by the Tin Building Opening Jean-Georges Vongerichten’s South Street Seaport food hall celebrated its opening with a themed culinary funhouse.
q&a Sept. 30, 2022
Hiam Abbass on Playing Ramy’s Matriarch, Maysa We spoke to the Ramy star about the show’s ambitious third season.
fashion Sept. 30, 2022
Is There Trouble Between Anna Wintour and Edward Enninful? A new report from the Daily Beast hints at unrest between the Vogue editor and her protégé.
always shopping Sept. 30, 2022
Winter Gloves to Buy Before It’s Too Late We spoke with experts to get their favorite pairs.
parties! Sept. 30, 2022
Dua Lipa, Amal Clooney, and More of the Bestest Party Pics This Week Some of our favorite looks from the New York Ballet Gala, a Chanel launch, and other glam events.
power Sept. 30, 2022
Protests In Iran Continue Over Death of Mahsa Amini Despite a brutal crackdown, women continue to take to the streets in defiance of government orders.
the most fertile man Sept. 30, 2022
Nick Cannon’s Quest to Populate the Earth Continues Cannon just welcomed his third child with Brittany Bell.
celebrity Sept. 30, 2022
Trevor Noah And Dua Lipa Sure Look Cozy The pair was spotted kissing in New York City this week.
pfw spring 2023 Sept. 30, 2022
At Rick Owens, an Ancient Muse Plus more from Paris Fashion Week, including a new energy at Schiaparelli.
By Cathy Horyn
friday sales Sept. 30, 2022
20 Things on Sale You’ll Actually Want to Buy: From Disney to Neutrogena Including K-beauty must-haves and a great pair of mom jeans
get it together Sept. 30, 2022
7 Light Therapy Lamps to Help With Seasonal Affective Disorder How to use SAD lamps and how they work, according to psychologists.
By Amanda Arnold, Amanda Svachula, and Brooke LaMantia
action item Sept. 30, 2022
How to Help Those Impacted by Hurricane Ian As of Friday, nearly 2 million people in Florida were still without power.
always shopping Sept. 30, 2022
15 Classic Wool Coats Under $400 Because it’s getting cold out there.
By Andrew Nguyen, Devine Blacksher, and Bianca Nieves
health Sept. 30, 2022
The Myth of Adrenal Fatigue The “condition” touted by the wellness industrial complex could explain everything you’re feeling — if only it were real.
By Annaliese Griffin
holiday gifts Sept. 30, 2022
35 Gifts for Literally Any Man in Your Life Foolproof options, whatever the occasion.
By Andrew Nguyen and Chinea Rodriguez
More Stories