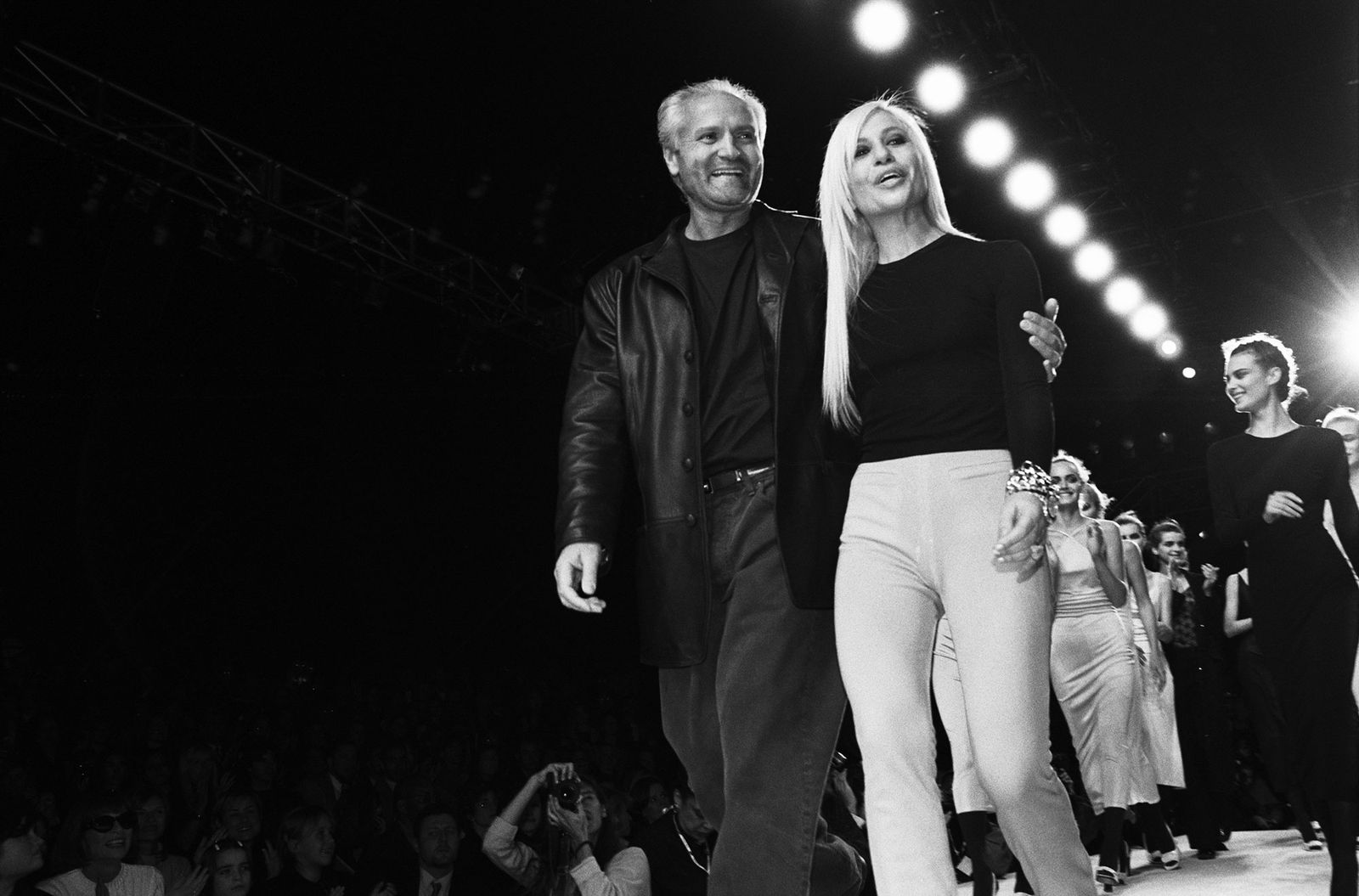 ‘The Assassination of Gianni Versace’ Gets the Versace Family All Wrong

It misses all the fun.

The Assassination of Gianni Versace: American Crime Story, on FX, opens with the act itself. We see the designer Gianni Versace leaving his Miami Beach mansion by the front gate to buy some magazines at a café down the street. We see the preppy-looking murderer, Andrew Cunanan, watching from a park across the street and then approaching the designer as he returns to the front steps. We see the gun, the look of bewilderment and horror on Versace’s face, and then the narrative of July 15, 1997 is set in motion.

The opening scene was taut enough, and visually accurate enough, to hold my interest. The fact that the producers were able to film inside the mansion (now a hotel) was a bonus. It lent the episode a documentary quality. In August of 1996, I spent a weekend visiting Donatella Versace and her family — husband, Paul Beck, and kids, Allegra and Daniel — at the mansion, for a profile of Donatella in Vanity Fair. So I recognized details of the Spanish-style house — the interior courtyard, the marble dining room where we had lunch and Donatella yakked on the phone with Elton John. Gianni was not there, but we spoke later about his sister and their relationship. And, of course, over the years I saw him during the shows in Milan, and on at least one occasion interviewed him at his palazzo in the Via Gesu.

On the morning of the murder — actually within an hour of it — Vanity Fair began receiving requests from media outlets to interview me about the family. The Donatella piece was in the June issue. At the same time, my colleague Maureen Orth, who had been reporting a story about a gay serial killer and whose book served as the basis for the show, had a hunch that Cunanan was the murderer. I met her in Miami to help with the reporting. Cunanan was still on the loose. It was a strange few days. The fashion industry had never known such a crime — and, as I wrote later, “The murder had thrown a weird light on a world people knew very little about.”

The curious thing about The Assassination of Gianni Versace is that, despite its assured opening, it feels like the people involved did not take the trouble to learn anything about him and his siblings, or their world. Twenty years has not brought more insight into his family dynamics, his sensibility, or into how an extremely creative individual might behave. It’s as though no one really cared to explore these qualities.

Instead, Gianni and his sister (you would hardly know there’s an older brother, Santo) are presented as cardboard figures who symbolize the most clichéd values: power, glamour, celebrity. For instance, the episode asks viewers to believe that Donatella (Penélope Cruz) could put aside her grief on the day of her brother’s murder and arrive via limo at the mansion’s bloodied front gate — before a crowd of news trucks and spectators — as if attending a red-carpet event. There was a back door to the house, but, hey, if she used that, you wouldn’t get to see her scowl and adjust her sunglasses.

Cruz is actually fascinating as Donatella. She totally sounds like her, without the staccato delivery. Ramírez physically resembles Gianni but lacks his authority — you felt Gianni’s presence in a room. And the few scenes that show Gianni at his craft are embarrassingly lame, as most fashion films are. They never properly convey a designer’s hand motions or obsessiveness. (I haven’t seen Phantom Thread, so I’m holding out hope.) Anyway, the guy who once scandalized Milan with his bondage dresses behaved far more decisively — and playfully — than what you see on the screen.

With Cruz, I often had the feeling that she was basing her portrayal on the later Donatella, the hard-boiled Donatella who emerged after Gianni’s death. The woman who I first met in 1996 was much less sure of herself. In a way, Gianni’s enormous talent and drive functioned as a protective shield for her, allowing her to be the little sister who flounced around with her big diamonds. Sure, Donatella was tough, they all screeched like cats at each other, but there was also a vulnerability about her then, and a sweetness. I remember her taking me around the house, showing me Gianni’s private quarters and the guest room where Jack Nicholson once slept. She took everything in stride, like someone who had nothing to lose.

It’s that innocence or naïveté that you don’t see in the show, which is too bad, since it would have contrasted with the horror of Gianni’s murder. Another thing missing is the family’s sense of humor and fun, captured in photographs from the ’80s and ’90s. They seemed to thoroughly enjoy their lives, over-the-top or not, and nothing was more emblematic of that spirit than the vivid fabric prints that decorated the mansion.

But you see almost nothing of that in the series. The mansion might have been the real thing, the scene of the crime, but it’s just a shell.

FX’s New Versace Show Gets the Famous Family All Wrong
lawsuits 5:18 p.m.
Amber Heard Says She Thought Johnny Depp Would Kill Her A makeup artist explained how she covered Heard’s bruises.
shopping 5:05 p.m.
14 Brands Getting Plus-Size Swimwear Right Here’s where to shop.
closings 4:51 p.m.
Bye-Bye, Bite Beauty After a decade in business, the brand is shutting down.