Style has always been notoriously difficult to define. In exploration of the inexact chemistry behind it, fashion director Rebecca Ramsey visited a few stylish women we admire and asked them about their influences, work, and how they present themselves. As a result, the Cut and Tiffany & Co. present Two Minutes of Style, a four-part fact-finding mission about great style. 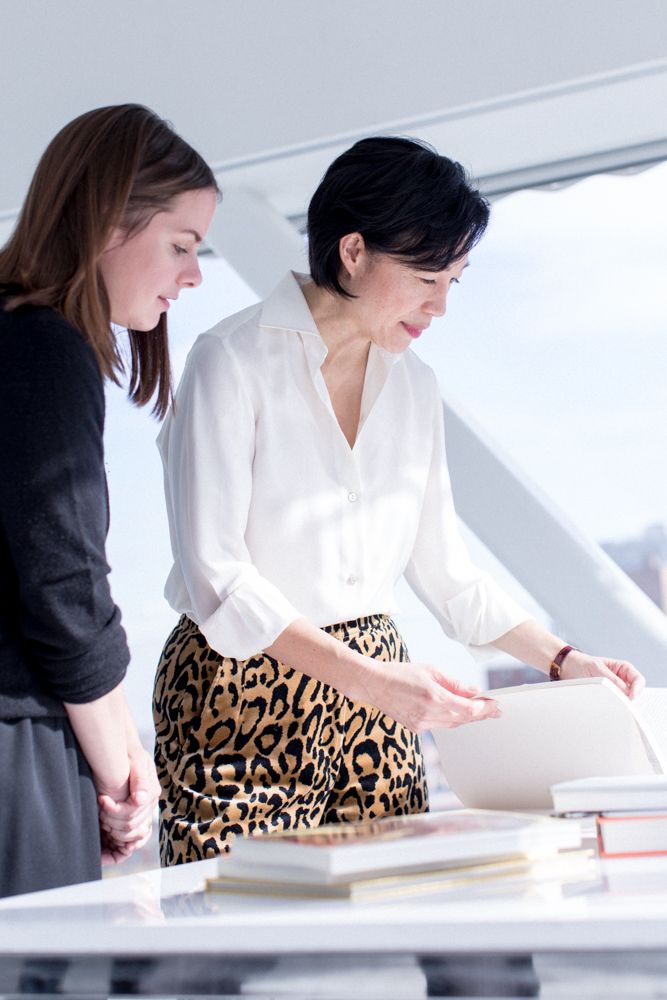 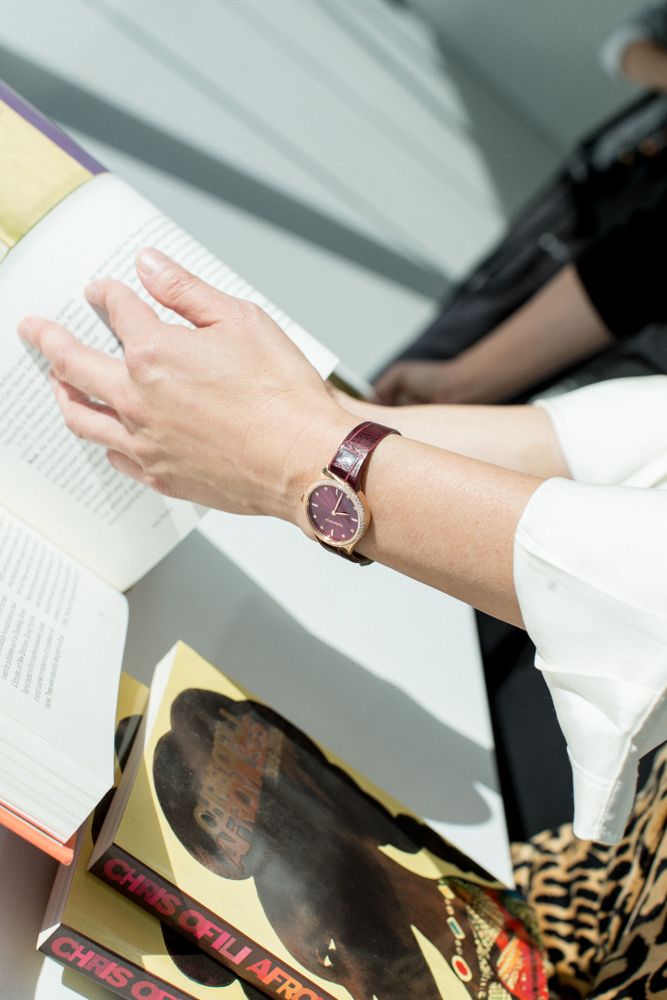 Having grown up in small-town North Carolina, Karen Wong says being part of one of the few Asian families in the community had a lasting impact on her concept of identity. Now, as deputy director of the New Museum, she’s known for inventing and spearheading platforms for new art and ideas. Taking Rebecca Ramsey on a personal tour of the museum’s current exhibits – including “Trigger: Gender as a Tool and a Weapon,” which investigates the role of gender in current art and culture at a volatile social and political moment – Wong opened up about the homemade clothes she grew up in, her formative years in London, and more. 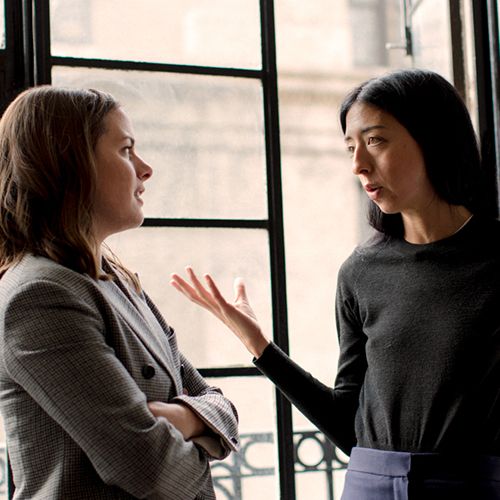 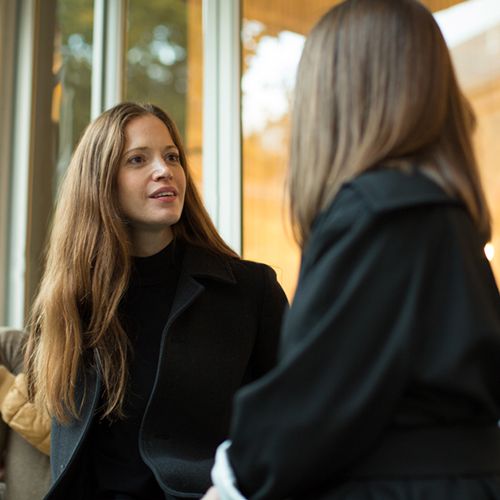 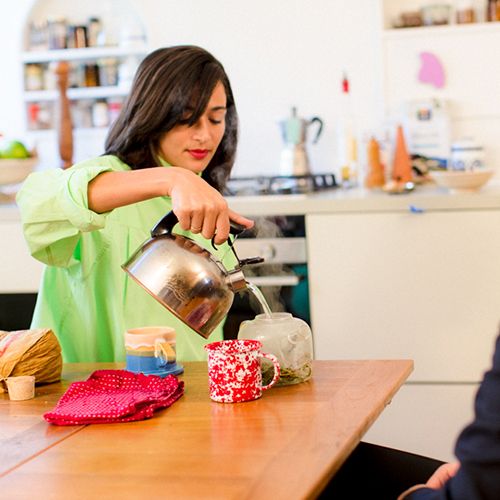 Special thanks to New Museum. Exhibitions featured include: “Trigger: Gender as a Tool and a Weapon,” “Helen Johnson: Ends,” and “Petrit Halilaj: RU.”

This is How the New Museum’s Director Approaches Fashion
culture 26 mins ago
The High Price of El Sueñito In the Heights made me feel heard in the discomfort my family and I have faced on the way to achieving our dreams.
the bigger picture 9:00 a.m.
A New Kind of Sports Photography Alice Mann’s award-winning series showcases a South African subculture: drum majorettes.
By Olivia Evans
pride essentials 8:00 a.m.
Frank N. Furter Blows Mae Martin’s Mind The star of Netflix’s Feel Good on the art that shaped them.
the law Yesterday at 8:23 p.m.
Harvey Weinstein Is Finally Getting Extradited to Los Angeles The decision came after more than a year of delays.
thank you Yesterday at 7:13 p.m.
Zoë Kravitz Got Channing Tatum to Stop Wearing Crocs “I totally loved Crocs for a hot second, and in one hang she was like, you can’t ever do that again.”
hm! Yesterday at 5:11 p.m.
Seems Like Angelina Jolie and Her Ex Have Been Hanging Out Not Brad Pitt, to be clear.
recaps Yesterday at 3:20 p.m.
The Scariest Moment You Missed on The Bachelorette Last Night No, it wasn’t the mud wrestling.
fashion Yesterday at 3:02 p.m.
Are Isabel Marant Wedge Sneakers Really Back?? Even our fashion exes are coming out of the woodwork.
why is your skin so good Yesterday at 2:36 p.m.
How Your Favorite Auntie Gets Her Skin So Good “I know that if I was on a plant-based diet, I would have like the skin of a goddess. I get that, but I also love nachos.”
politics Yesterday at 2:25 p.m.
Marjorie Taylor Greene Has Learned About the Holocaust After spending the last month comparing mask mandates to Nazi gas chambers, she now believes there is “no comparison.”
swellness Yesterday at 12:40 p.m.
Is Lip Balm Actually Bad? Turns out, there’s some truth to the rumors.
ask a boss Yesterday at 12:00 p.m.
‘I’m Afraid I’m Terrible at My New Job’ A lot of jobs take around six months to even start feeling comfortable. And that’s just feeling comfortable, not mastering the role.
encounter Yesterday at 11:34 a.m.
How Melissa Barrera Came Full Circle In the Heights took its star back to where she first found the inspiration to pursue her dreams.
bullying Yesterday at 9:01 a.m.
What Exactly Happened With Courtney Stodden and Chrissy Teigen? Teigen has posted a lengthy apology, one month after old tweets resurfaced in which she encouraged Stodden to kill themself.
style Yesterday at 8:30 a.m.
The App That Will Help You Get to Know Your Boobs Because no one really knows their bra size.
bullying Yesterday at 8:24 a.m.
Designer Michael Costello ‘Traumatized’ by Alleged Chrissy Teigen Bullying “She told me that my career was over and that all my doors will be shut from there on. And wow, did she live up to her words.”
chomp chomp June 14, 2021
Post Malone Now Has Million-Dollar Vampire Teeth Sparkly and expensive, just like his barrettes!
the cut podcast June 14, 2021
In Her Shoes: Rachel Bloom Stella Bugbee talks to Rachel Bloom about living life as a musical and surviving in a writers’ room for the Cut’s limited-series podcast.
By the Cut
hoot hoot June 14, 2021
I Want What They Have Salma Hayek and her owl reportedly meditate together, which … very soothing.
in the heights June 14, 2021
Lin-Manuel Miranda, Jon M. Chu and Film’s Actors Address In the Heights Colorism “In trying to paint a mosaic of this community, we fell short.”