The One Runway Show Where All the Models Are Happy

Talking to the talent at Chromat. 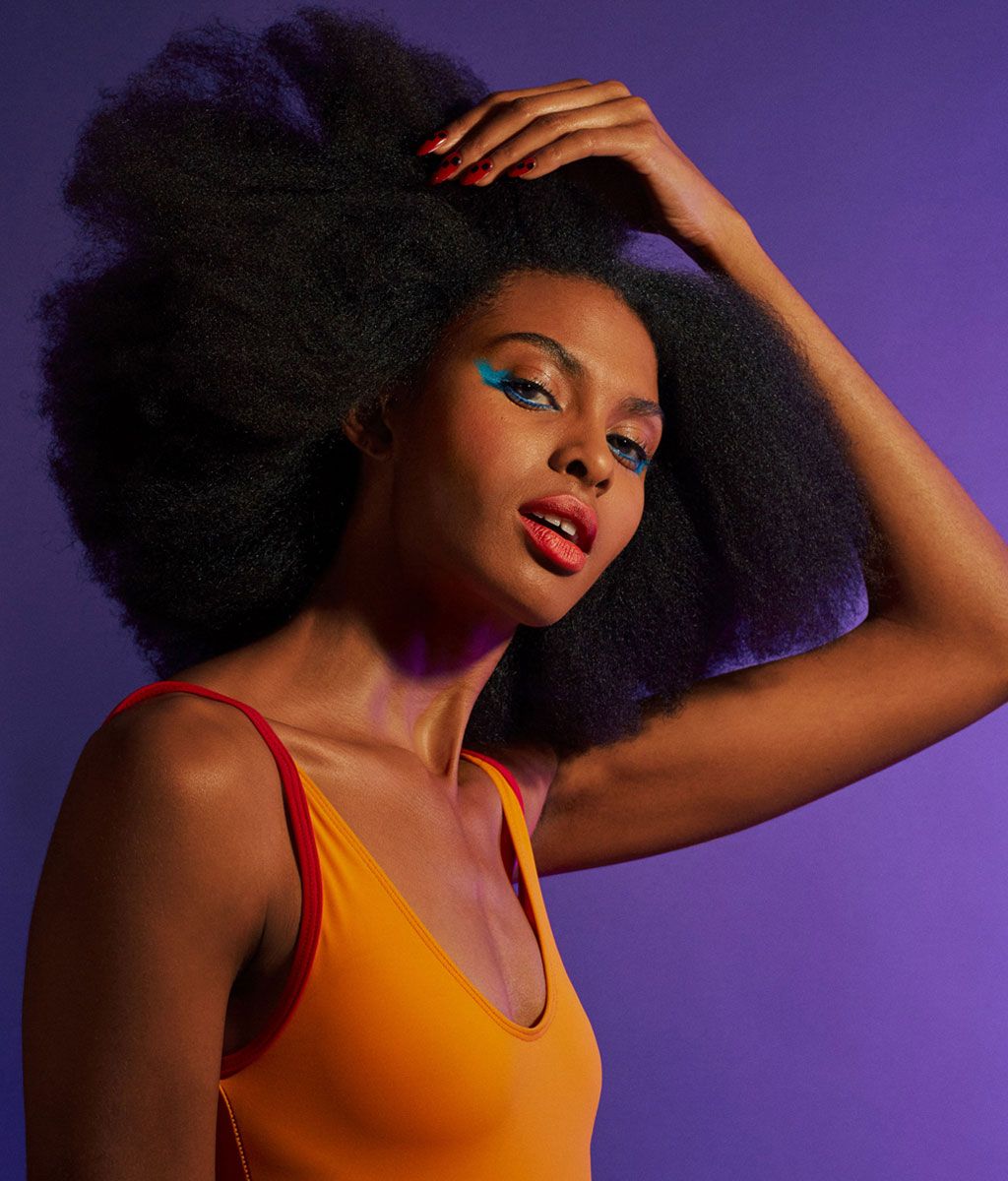 Whoopi Goldberg has been to a lot of New York Fashion Week shows, but Chromat on Friday blew her away. “This is the best show I’ve seen, ever,” she said backstage after the show. “I saw everyone represented and it doesn’t get better than that.”

Chromat, a swim- and athleticwear brand designed by Becca McCharen-Tran, has been working with a wide range of models since long before diversity became a fashion-industry buzzword. Not only is her runway a celebration of models of all races, sizes, and abilities, but all of them seem to be having a great time.

“Everyone loves coming to this show,” said Emme, a 54-year-old model and body activist. “We all love being in it. There’s nothing like walking in a Chromat show. The moment that you turn the corner there’s an effervescence and excitement.”

Many of the models backstage talked about McCharen-Tran as a sort of surrogate mother, with Chromat as an extended family. Models tend to return three, four, or even five seasons in a row. Denise Bidot walked in a Chromat show for the first time back in 2014. “I was their first-ever curvy girl.” Back then, she opened the show, just like she did on Friday.

McCharen-Tran describes her casting process as “organic and natural.” Sometimes, it’s literally impromptu. Viktoria Modesta is a Latvia-born pop singer and amputee known for her collection of visually stunning artificial legs. She and McCharen-Tran had been friends for a while and she happened to be in town. Explained the designer, “So I was like, ‘Well, you should come to my show. Wait, you should walk in the show!’”

Ericka Hart, a breast-cancer survivor and activist, reached out a week before the show, so McCharen-Tran invited her, too. The audience cheered while she walked down the runway.

In fact, many of the models were cheered as they made their way down the catwalk. Tierra Benton, 27, who has walked in multiple shows in her time, was elated after she stepped off the Chromat runway. “This feels like punk, it feels like hip-hop, it feels like a party,” said the New York–based model. “I feel like that’s what separates the Chromat show from other shows.”

It’s possible that it’s simply more fun to stomp down the runway in a neon neoprene bathing suit while singer Slayrizz belts out her empowerment anthem “Salvaje” than it is to walk in more standard shows. But the positive energy also comes from the level of comfort models feel — a rare occurrence during the high-stress, cutthroat marathon that is New York Fashion Week.

On Friday, it was hard to ignore the excitement. The models couldn’t, the audience couldn’t, and Whoopi certainly couldn’t. As she stood backstage after the show, stepping in her zebra-print clogs to avoid Cheetos strewn across the floor (they were thrown in celebration by McCahren-Tran and the models after the show), she praised McCahren-Tran on a job well done. “If it doesn’t come from you, it’s not going to happen,” Goldberg commended the designer. “This is a reminder that we are all fashionable.”

student loans 7 mins ago
How to Get Your Student Debt Canceled Applications for student-debt cancellation should be available in early October. The sooner you file, the better.
culture 11 mins ago
Did Olivia Wilde Just Make Jordan Peterson Cry? Don’t worry, incels — Peterson’s got your back.
action item 3:17 p.m.
How to Help Those Impacted by Hurricane Ian At least 2.6 million people in Florida are currently without power.
obsessive tester 2:51 p.m.
27 Best-Smelling, Bubbliest, Most Soothing Bath Products According to someone who takes two baths a day.
By Jane Larkworthy, Erica Smith, and Kathleen Hou
style 1:55 p.m.
Hey Fashion Friend: How Do I Dress for the Weather Right Now? Try a short-sleeved mock neck before a turtleneck.
By Emilia Petrarca
holiday gifts 1:39 p.m.
31 Gifts for a Bunch of Super-Specific Life Phases From the friend posting their sonogram to the sibling stumbling through their Saturn return.
By Erica Smith and Chinea Rodriguez
oh no no no 1:27 p.m.
Drew Barrymore’s Pizza Salad Is an Abomination People are having very strong reactions to her latest TikTok.
pfw spring 2023 1:22 p.m.
The Row: An Antidote to Too-Muchness in Paris Plus, Cher headlines the Balmain festival.
By Cathy Horyn
society pages 1:01 p.m.
Beyoncé and Ms. Tina Cheered on Solange at the Ballet Last Night Inside the tenth anniversary of the Fall Fashion Gala.
By Emilia Petrarca
"try everything" -shakira 12:53 p.m.
Bye, Guy Ned Fulmer, one of four Try Guys, is “working” on his marriage after his “consensual workplace” affair went viral.
divorce 12:29 p.m.
Marjorie Taylor Greene’s Husband Files for Divorce He calls his 27-year marriage to the Christian nationalist congresswoman “irretrievably broken.”
power 12:17 p.m.
Republicans Have a Dad Problem Conservative fathers explain why the fall of Roe is motivating them to vote for Democrats in November.
By Angelina Chapin
how i get it done 11:59 a.m.
How Stylist Zerina Akers Gets It Done During Fashion Week “There’s industry hours and then there’s New York City hours.”
By Joanna Nikas
divorce 11:28 a.m.
MacKenzie Scott Is Divorcing Her Science-Teacher Husband Scott, a billionaire philanthropist and the ex-wife of Jeff Bezos, married Dan Jewett in 2021.
keeping up with the kardashians 10:30 a.m.
Khloé Says She Turned Down Tristan’s Marriage Proposal “I said I’m not comfortable accepting this right now, because I’m not excited to tell my family.”
5 questions with... 9:15 a.m.
Billie Eilish on Her Style Changes and Smelling Like a Christmas-Tree Lot We have the exclusive on her second fragrance, Eilish No. 2, which is woodsy and spicy.
look book 8:00 a.m.
The Look Book Goes to We Met IRL  We talked to singles at the speed-dating series for people of color, whose tickets tend to sell out minutes after they go live.
money talks 8:00 a.m.
3 Women on How Much It Cost to Get Married in 2022 “My sense of money got so warped that it stopped being real to me.”
By Charlotte Cowles
grief 8:00 a.m.
‘Nature Has Its Own Way of Ending Life. I’m Changing the Manner and the Time.’ Days before her grandfather-in-law was set to fly to Switzerland for a voluntary assisted death, Rachel Handler called him to say good-bye and more.
By Rachel Handler
obits Yesterday at 9:14 p.m.
‘Gangsta’s Paradise’ Rapper Coolio Dead at 59 A legend of ’90s hip-hop.
More Stories