Fashion Has an Image Problem

Glamour is predicated on transgression. 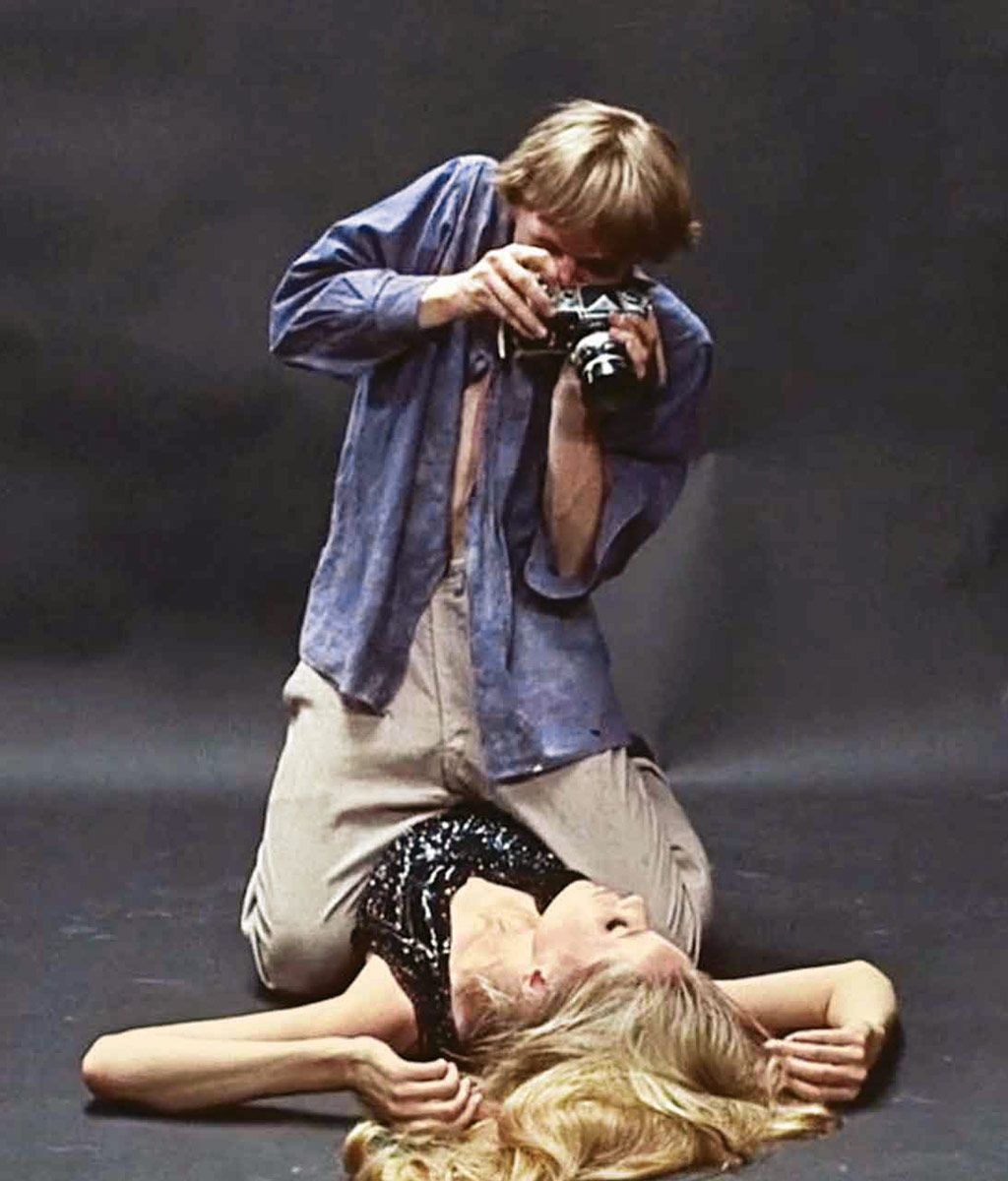 Suddenly, fashion photography seems stale. But not just stale — also cruel. The recent allegations of sexual abuse by Bruce Weber and Mario Testino suggest that the tension that gives most fashion imagery its charge might come at a very human cost. This should have been obvious all along — just look at the images, suffused by a vernacular of degradation, pain, and suffering. As “casting couch” practices persisted in Hollywood, the idea that a model was a mirror for a photographer’s dark urges seemed too obvious to interrogate. Or perhaps too discomforting, given that our desires were reflected in those images. Objectification was the price of admission to a supposedly glamorous world. All along the fashion food chain, everybody benefited, so long as the models kept their silence.

New York is inundated with pictures of style, but do you have any idea how to make sense of them or how they came to be? I did not, until many years ago, when I worked as a creative director making fashion ads. The library at the company where I worked contained thousands of magazines. For months on end, I combed through old issues looking for references to use in upcoming advertising campaigns. During this process, I became familiar with the worst visual clichés of the genre: people jumping for no reason, models staring into the middle distance with slightly parted lips, every kind of “native” juxtaposed with tall, skinny blondes. (See also: naked people in trees, gratuitous lesbianism, white couples on permanent safari, bodies splayed on a floor as if they were boneless dolls.) The formula for a fashion shoot seemed to hinge on pinpointing taboos, then pushing right up to their limit and often beyond. If the fantasies depicted didn’t trigger a little flicker of absurdity or distaste, the images didn’t seem to be doing their job.

Sometimes, when critiquing a mood board, my boss, who was high up on a magazine masthead, would say, “It’s not fashion.” As far as I could tell, that meant that if a model looked healthy, happy, or strong, then it was a “lifestyle” image. “Fashion” meant something provocative, fraught. We used the word twisted a lot, with scant irony or concern for morality. We needed to trigger a twinge of desire — the frisson of the unfamiliar. We used the word sick as a compliment.

In this quest for transgression, the obvious place to look for inspiration was the ’60s and ’70s, when photography kept pace with the sexual revolution. Playing with sexual tension was an easy way to seem edgy. Netflix’s The Crown recently captured that Zeitgeist with its depiction of Lord Snowdon, the infamous libertine who married Princess Margaret. In those decades, photographers like Snowdon, David Bailey, Helmut Newton, and Guy Bourdin published groundbreaking work, and no topic was off-limits: Even S&M could sell shoes.

By studying such photos, I began to see fashion as a kind of sexual preference of its own, one that fetishized the fantasy in images over everything else. Photographers could hide behind the excuse that they were just pushing us into uncomfortable places in order to challenge norms. They were doing that. And often, as in the case of Bruce Weber in the ’80s and ’90s, it worked. Weber’s most iconic photos for Calvin Klein celebrated the health and vitality of the American male — but it was also the middle of the AIDS crisis, when gay men in reality were facing tremendous risk and marginalization.

Weber’s photos fascinated me, since he is married to his agent, Nan Bush. The lack of clarity around his sexuality made his images even more compelling; it wasn’t a straightforward case of “hetero sex sells.” Larger than life, the shirtless male torsos that lit up Abercrombie & Fitch were subversive because they smuggled homosexual longing into American malls. For the most part, we’re still living in that mode of image-making — relying on unspoken sex taboos to do all the work of selling.

Before the world turned against Terry Richardson, when models accused him of assault on- and off-set, I had been able to disassociate from thinking much about the experience of the models in fashion photographs. To my knowledge, nothing bad ever happened on any set I was on, so I assumed it was so on most sets. I was fine looking at the images as long as I didn’t have to think of the people in them as victims — or even, really, as young, relatively powerless people with feelings. If I’m honest, I think some part of me assumed their beauty gave them immunity from the ugliest parts of life. How naïve.

So what do we do now, those of us who care about fashion and photography, who want to show new clothing on bodies in interesting ways?

If we accept the premise that to make a fashion-forward image requires some small measure of cultural friction, and that such cultural friction itself is often valuable, what norms might fashion challenge in 2018? One obvious observation to start with: Transgression looks and feels very different depending on who’s doing the talking. So let’s tear down the old process that let a few gatekeepers choose virtually all the images we saw. Open the doors for more diversity of race, age, size, and gender in the industry at every level — that’s already happening with the rise of “influencers” on more democratic platforms like Instagram, but less so in legacy media. Whatever happens, it can’t be a Band-Aid and it shouldn’t be just an eat-your-vegetables kind of aesthetic duty — that won’t produce interesting work. Condé Nast has suggested creating an independent governing body to oversee the safe creation of fashion images, and I’m curious to see if that’s possible. More to the point: Can the fashion world find those images interesting?

*A version of this article appears in the February 5, 2018, issue of New York Magazine.

Can Fashion Ever Be an Ethical Business?

+Comments Leave a Comment
Fashion Has an Image Problem

See All
second acts Yesterday at 5:30 p.m.
25 Famous Women on Getting Older Diane Keaton, Maya Angelou, Helen Mirren, and more women on aging.
By Julie Ma
screen time Yesterday at 5:07 p.m.
I Can’t Wait to Dress Like I Shop at Party City Deck me out in marabou feathers and fringe.
second acts Yesterday at 4:20 p.m.
Niecy Nash Makes Me Want to Define My Own Career Like the actress, I didn’t want to be told I could only do one thing.
By Doree Shafrir
pfw fall 2021 Yesterday at 4:19 p.m.
Who Says the Runway Is the Best Way to Look at Clothes? Some of the best shows this week weren’t really shows at all.
By Cathy Horyn
tastemakers Yesterday at 4:13 p.m.
The Denim CEO Making Cute and Sustainable Jeans Sarah Ahmed wants to offer an alternative to fast fashion.
a beautiful life Yesterday at 4:09 p.m.
Miranda Kerr Built Her Beauty Brand From the Ground Up Talking to the model turned CEO who started a skin-care company before it was cool.
By Erica Smith
keeping up with the royals Yesterday at 4:08 p.m.
The Attacks on Meghan Markle Could Not Be More Transparent U.K. tabloids are horrified by the prospect of the duchess expressing herself freely.
new faces of things Yesterday at 3:41 p.m.
Nina Dobrev’s Face Has a New Job The actress is being promoted to fragrance ambassador for Parfums Christian Dior.
tiktok vs influencer Yesterday at 2:40 p.m.
TikTok Joins Together in Roasting Controversial Influencer WeWoreWhat opened a TikTok account last week. TikTok was none too pleased.
power Yesterday at 2:34 p.m.
Cuomo Accuser Says He Is a ‘Textbook Abuser’ In a new interview, former aide Charlotte Bennett says the governor “let his temper and anger rule the office.”
television Yesterday at 1:25 p.m.
I Used to Live in Wanda’s Sitcom World The show understands how powerful pop culture can be when you’re an outsider.
fashion Yesterday at 1:11 p.m.
Another Ugly Fashion Lawsuit Rears Its Head Dolce & Gabbana has sued fashion watchdogs Diet Prada for defamation.
celebrity shopping Yesterday at 12:20 p.m.
Model Adwoa Aboah’s Favorite Journal Is This Drugstore Notebook “Its simple lined pages are all the prompt my mind needs to go in any direction I feel like going in.”
second acts Yesterday at 12:12 p.m.
How My Life Changed (and Didn’t) After Writing a Book You can have all the second acts you want, but you’ll always be yourself.
By Anonymous
culture Yesterday at 12:05 p.m.
Sexy Cartoon Bunny’s New Look Divides the Nation People have a lot of thoughts about Lola Bunny’s makeover in the new Space Jam.
culture Yesterday at 11:26 a.m.
Apes at the San Diego Zoo Got COVID Vaccines (Don’t freak out, it’s a special animal-only jab.)
friday sales Yesterday at 10:53 a.m.
22 Things on Sale You’ll Actually Want to Buy: From Everlane to Veja Including a Patagonia fleece, Adam Selman bike shorts, and a Le Creuset grilling pan.
hot bod Yesterday at 10:05 a.m.
Trying a New Exercise, Just Once, Is Crazy Good for Your Bod Moving in a way you never have before has outsized benefits.
keeping up with the royals Yesterday at 9:31 a.m.
What You Should Know About Meghan & Harry A brief primer ahead of their tell-all interview with Oprah.
By Sangeeta Singh-Kurtz
style Yesterday at 7:00 a.m.
The Fashion Industry Can’t Seem to Get Enough of Carlos Nazario The stylist did 14 covers in 12 months.
By Emilia Petrarca
More Stories