Die-hard sneaker fans go to extreme lengths to get their hands on limited-edition drops. But no amount of lining up or trawling the resale market will help if you happen to have small feet. Should you wear anything below a men’s size 6 (which is, significantly, a women’s size 8), it’s nearly impossible to find the really good stuff, unless you’re able to pursue releases in Asia, which often come in smaller sizes. Thankfully, Nike has finally realized that women are just as willing to spend money on sneakers as their male hypebeast counterparts.

The brand just announced Nike Unlaced, a new concept geared toward female sneakerheads who are as heavily invested in the next Virgil Abloh x Air Jordan I as any Mercer Street loiterer. Launching online on March 27 with physical locations to follow this summer, Unlaced will feature curated selections from creatives and stylists. Their first collaboration partner is street-style star Julia Sarr-Jamois.

In addition, the brand will offer highly coveted drops like the new Epic React Flyknit running shoe and the second iteration of The 1 Reimagined collection, which will come in saturated shades. The store will also offer same-day delivery, plus early access to the really limited-edition stuff.

Scroll ahead to check out some images from Nike’s event during Paris Fashion Week. If this is a preview of what the actual store will look like, it sounds like it’ll be a pretty cool new space. 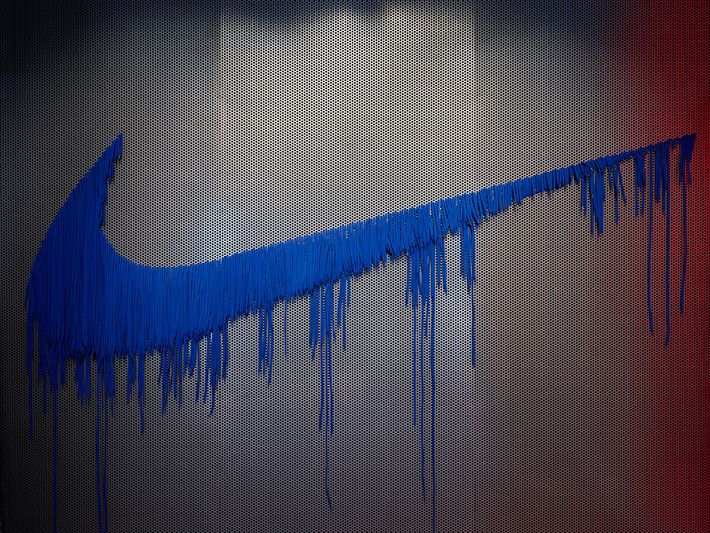 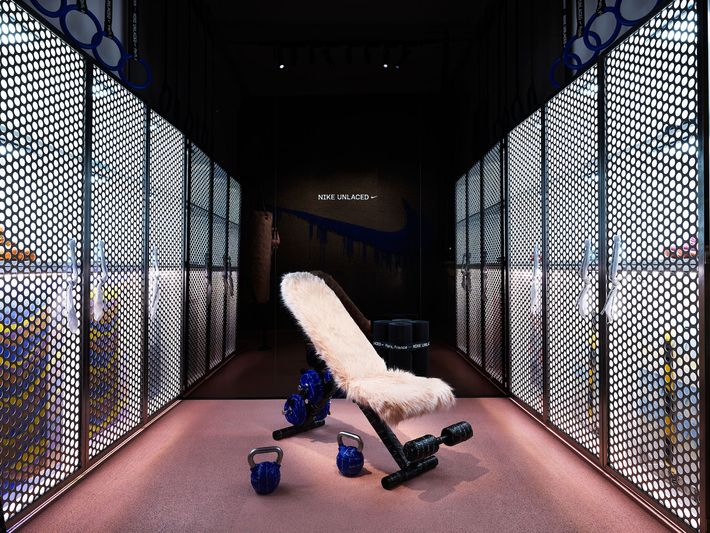 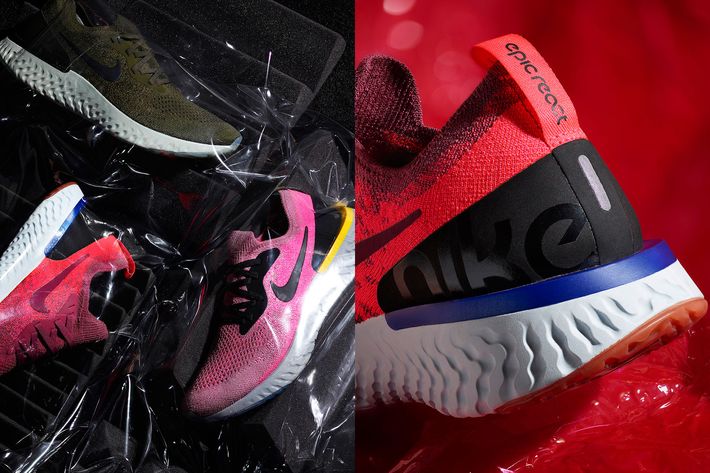 celebrity weddings 11:20 a.m.
Bennifer Is Getting Married (Again) The follow-up party to their small Vegas wedding is happening this weekend in Georgia.
celebrity 11:03 a.m.
Amy Schumer’s Mental-Health Parody Did Not Go Over Well She has since clarified that she did not intend to mock Tom Holland.
the internet 11:00 a.m.
The Beginning of the End of Millennial Discourse No one is talking about what they think they’re talking about.
By Michelle Santiago Cortés
divorce 10:50 a.m.
Alexis Bledel and Vincent Kartheiser Are Getting Divorced The couple met on the Mad Men set in 2012.
fashion friend 10:00 a.m.
Hey Fashion Friend: I Want to Shop Sustainably and Affordably Here’s how to spend less while shopping sustainably; brands include Everlane, Lacausa, Girlfriend Collective, and more.
sustainability 8:00 a.m.
Nadya Okamoto Wants to Talk About Periods The 24-year-old founder of sustainable period-care brand August breaks down the stigma about periods and the importance of sustainability.
mental health Yesterday at 7:49 p.m.
Jonah Hill Takes a Break From Press Tours Due to Anxiety He directed and starred in an upcoming documentary, Stutz.
lawsuits Yesterday at 5:24 p.m.
Unpacking Angelina Jolie’s Lawsuit Against the FBI Jolie is suing the agency for allegedly withholding records from its 2016 investigation into Brad Pitt.
hot goss Yesterday at 4:53 p.m.
Rachel Bilson Misses What About Bill Hader? At least she’s honest.
polio Yesterday at 4:49 p.m.
Here’s What We Know About Polio in New York Experts say this could mean hundreds of cases circulating, but the risk to vaccinated people remains low.
By Katie Heaney
celebrity Yesterday at 4:25 p.m.
How Many Tattoos for Your Wife Is Too Many? Brooklyn Peltz Beckham is trying his hardest to find out.
santa can you hear me? Yesterday at 3:01 p.m.
Mariah Carey Is Feuding With Her Fellow Christmas Queens They have not taken kindly to her attempt to trademark “Queen of Christmas.”
shopping Yesterday at 1:55 p.m.
25 Sweatpants If You’re Not A Fan of Hard Pants Long live elastic waistbands.
in her shoes podcast Yesterday at 1:01 p.m.
Put Tamera Mowry-Housley in All the Hallmark Christmas Movies  The actress and host joins this week’s episode of In Her Shoes.
By the Cut
your next move Yesterday at 12:44 p.m.
‘I’m Homesick. How Do I Convince My Boss to Let Me Move to Another City?’ If you truly want to keep this job, you need to determine what may make your boss nervous about you working remotely and address those concerns.
where did you get that? Yesterday at 12:27 p.m.
Michelle Li’s Faves Include a Chopova Lowena Skirt and a Loewe Flamenco Bag The stylist shared with us her strategic approach to dressing.
hair Yesterday at 12:10 p.m.
Behold, America’s Finest Mullets The kids’ division of the USA Mullet Championships is your fall hair inspo.
conscious consumption Yesterday at 10:00 a.m.
Gen Z’s Favorite Stylist Has Advice for How to Dress Sustainably Allison Bornstein teaches us how to shop our closets, define our style in three words, and treat fashion as wellness.
5 questions with... Yesterday at 10:00 a.m.
Devery Jacobs Is Taking Control of the Narrative The Reservation Dogs star talks writing a personal episode of the series.
sustainability Yesterday at 8:00 a.m.
How Interior Designers Make the Most of Facebook Marketplace All you need is a little patience and lots of scrolling time.
More Stories