Raf Simons Goes to the Movies

The Calvin Klein designer thinks like a director in his most complete show for the brand so far. Plus: Vaquera and Monse. 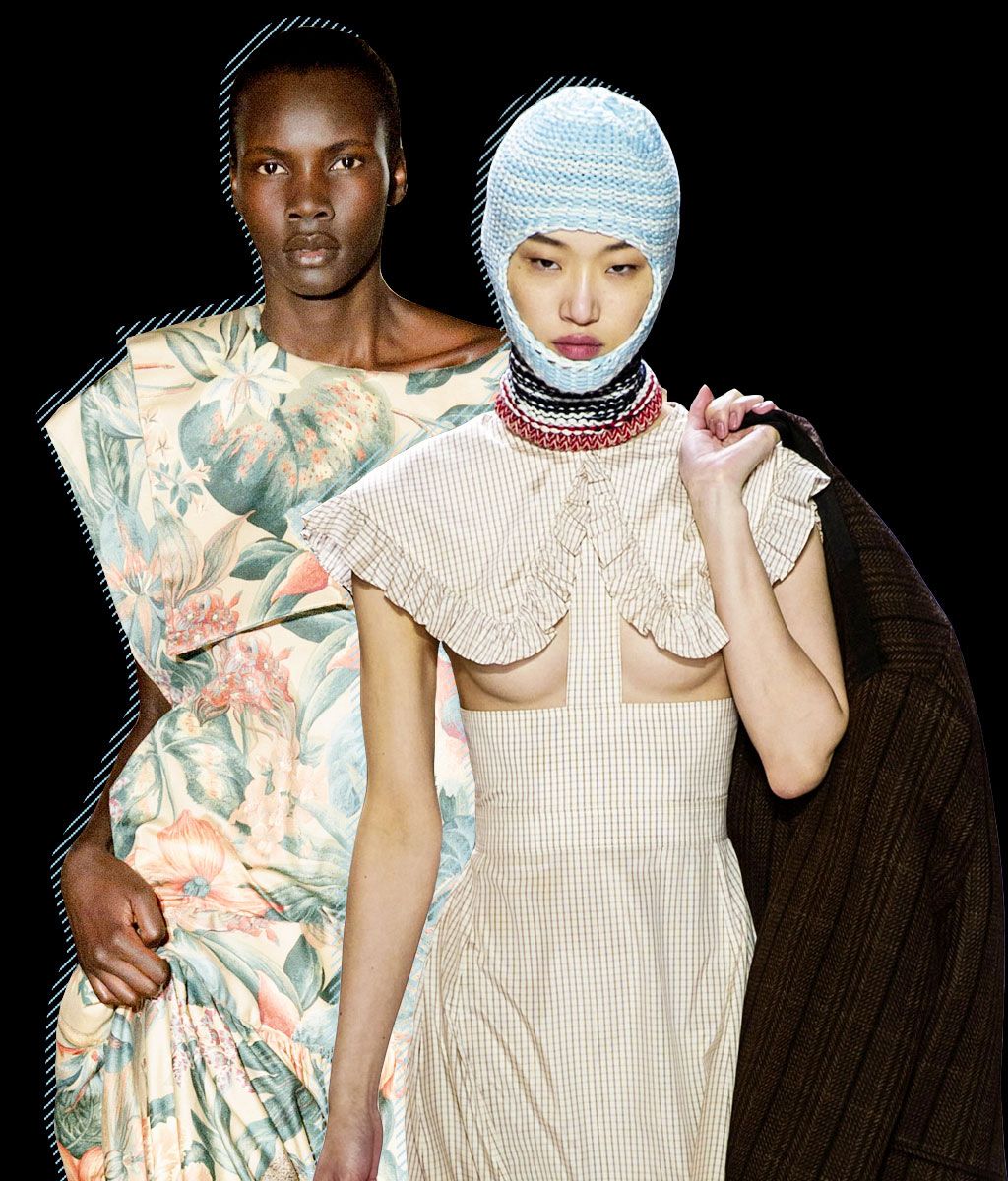 For his third show for Calvin Klein, Raf Simons created a snowy landscape dotted with big, friendly barns. Except the barns were only fronts, like a Western movie set, and the snow was popcorn, trucked in from Chicago and spread on the floor of the American Stock Exchange. Lots of designers love the movies — Ralph Lauren, for one — but Simons loves how movies work and he uses their narrative and structural devices to tell a meatier story about American fashion.

This was Simons’s most impressive collection since he left Europe 18 months ago and became chief creative officer of Calvin Klein. While his first two shows were equally thought-provoking, this one felt more complete and wearable. In terms of newness and imaginative scale, it dwarfs every other brand this week — not that that takes much at the moment. Some friends and colleagues of Simons have suggested to him that he should escape the cheap circus of NYFW and show instead in Europe. But, aside from being inspired by his new home, Simons knows he has the American culture to draw upon. For him and his design team, led by long-time collaborator Pieter Mulier, it’s as irresistible as new snow. And it gives him a scope that other big-name designers simply do not have or anyway haven’t seized.

It is also true that success creates success. After the show, as celebrity guests like Nicole Kidman and Laura Dern were trodding through the crumbling corn and posing for selfies, I saw Emanuel Chirico, the chairman and chief executive officer of PVH, which owns Calvin Klein. He described what Simons has done with the brand as “transformative,” and added that he has been gratified to discover that Simons is as practical in his business sense as he is creative, recalling a recent trip they made to Macy’s to discuss retail space.

Still, said Chirico, “Let’s face it, if business were tougher, we’d have to be more thoughtful and maybe say no more times to his requests. But it’s been very positive from that perspective.” Chirico said growth has been strong in all divisions of Calvin Klein: “Look, I think American fashion is crying out for more creativity and he just brings it to the table.”

If last season Simons was conjuring a tale of American horror, with Warhol car-crash images and rubbery materials that evoked body bags, the mood this time was more pastoral. The shift didn’t feel as abrupt or calculated as it sounds. For one thing, Simons expanded on elements from the spring collection, including quilts (now as long, slender dresses in muted log-cabin patterns and generous stoles with Mylar backing), and styles loosely based on civic or industrial uniforms, like firefighters’ orange jumpsuits, Mylar coats and capes, and stiff jackets with reflective taping. Those pieces, Simons told me later, were very much a nod to the heroic efforts recently of Southern California firefighters. Yet surely they were also an acknowledgment of the routine way that tragic events enter our lives through news images.

I was glad that Simons dispensed with photo images on his clothing, as well as overt art references. He has done both for a while, and he had some images in his fall Raf Simons men’s collection, but the idea has run its course. And while some guests I spoke to saw in the models’ strange-but-cute knitted hoods, striped sweaters, and utility gloves a clear reference to the dystopian Todd Haynes movie, Safe, I had the sense that Simons was thinking more generally about the composition of movies — the chopped-up scenes, the blunt use of fakery — as well as how they haunt us.

But what I loved most was that he showed a unique combination of silhouettes and textures. Planted in the corn were masculine coats — at once Calvin and Raf in their minimalist heft — over long, flounced dresses in pale neutral hues that evoked something rural and hippie; a festival or maybe a farm. There were also semi-sheer dresses layered over more fitted plaid styles; the effect was rather like a female figure seen through a window curtain (or, if your thoughts run darker, a shower curtain). And Simons included a pair of sweaters based on Wile E. Coyote and the Road Runner — because he often feels, he says, that he’s charging after stuff only to have it blow up in his face. Well, not lately.

There is definitely a craving at the New York shows to capture a wider range of reality and identity. The four designers of the up-and-coming label Vaquera — David Moses, Claire Sully, Bryn Taubensee, and Patric DiCaprio — gave successful chase to that idea yesterday in a manic show at the Ukrainian National Home on Second Avenue. Gambling was the nominal theme as the designers tweaked notions of dressiness, sin, and money. Models in choppy-looking floral dresses or a flaring teal coat over a matching dress with a roulette diagram flew down the runway like addicts trying to catch the last bus for Atlantic City. Among the sharpest looks was a white cotton “christening” dress with ties, pieces kissed with lurid bows, and polo-shirt dresses with the faces of fashion gods like Vivienne Westwood and Miguel Adrover planted like brooches above the heart — a nice bit of appropriation with feeling.

Fernando Garcia and Laura Kim also had a terrific collection for Monse. They skipped a show in favor of a short film (on YouTube and their Instagram), and that directness was plain in their clothes as well. Among the best looks were a coat artfully layered in poplin and menswear check, a sculptural black cocktail dress in silk, and deconstructed knits that were simply done but deliver a big punch. 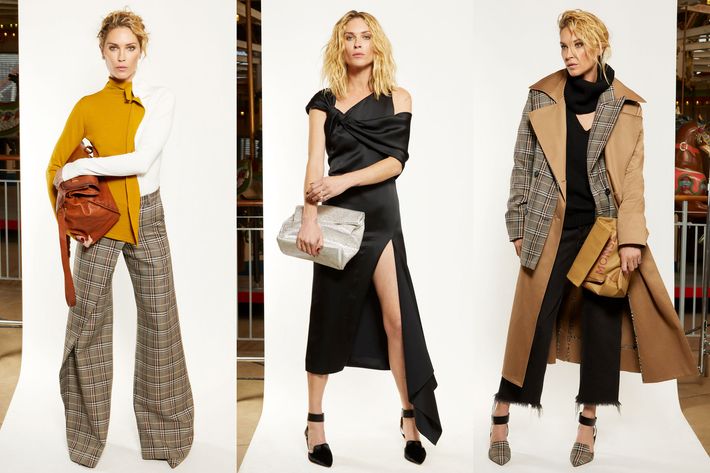 +Comments Leave a Comment
Raf Simons Goes to the Movies