Photographers and Editors on How to Save Street Style From Itself 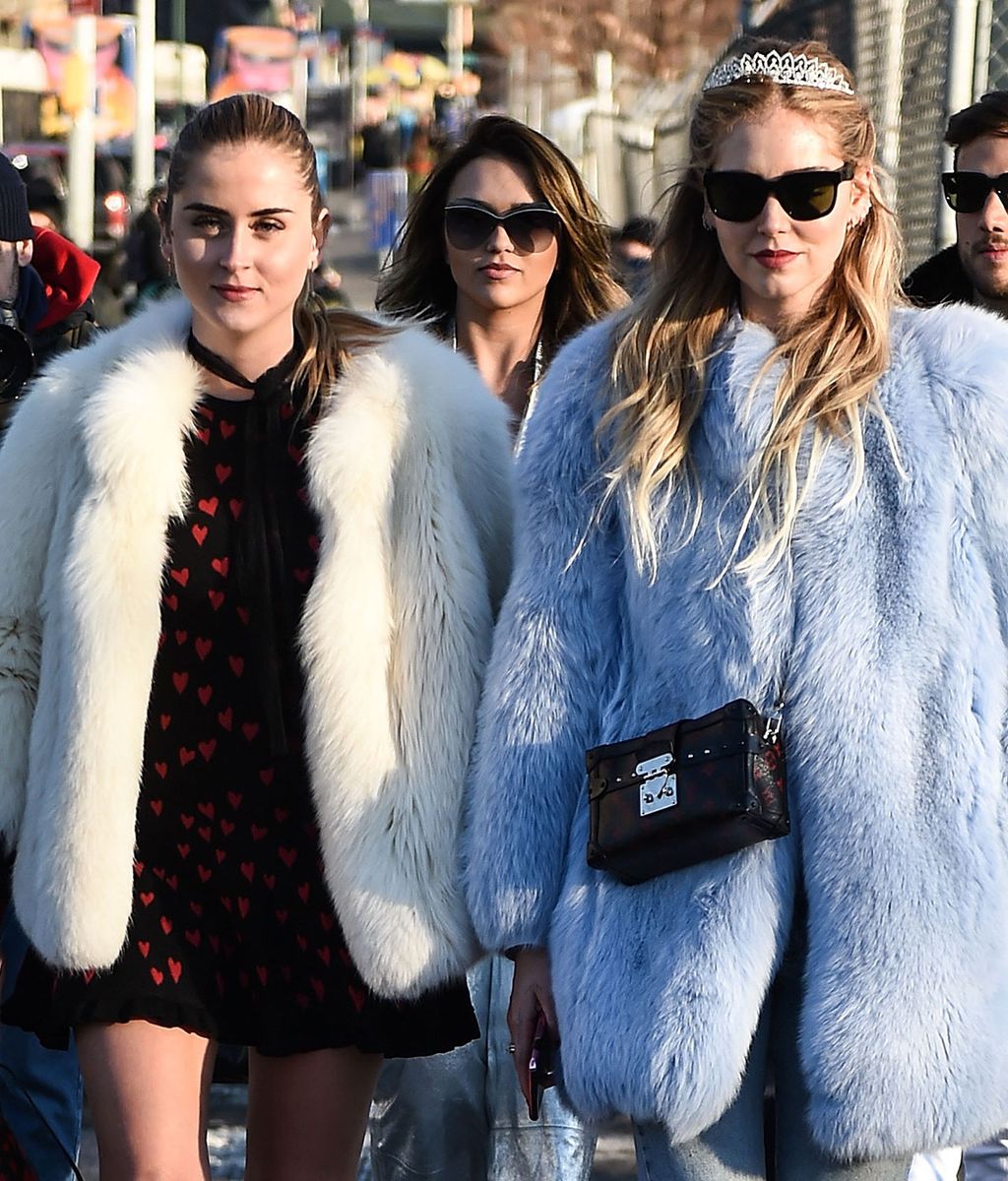 A few weeks ago, I wrote an essay about how street style was killing itself with its narrow focus on thin white women. It has essentially become a red-carpet event, with the same faces in each picture. I knew I was making a bold argument, and it elicited a range of strong reactions. I received many messages of support from people who felt the same way, as well as defensive notes from photographers.

Some of the people who contacted me were ones I had reached out to for the initial story; others were people who read it and wanted to add their perspective. Given the response, I thought it would be good to follow up with those who felt passionately about the issues. We all benefit from having uncomfortable conversations about racism, sizeism, and fashion’s biases.

Does being shot by a street-style photographer really matter in the grand scheme of things? It’s a fair question, but I believe it does. While writing this, I was reminded that I was once a girl in Wisconsin, reading fashion publications like this site and not seeing any women who looked like me. I love fashion and I deserve to be represented. I know that fashion thrives on exclusivity, but if we only reward a specific beauty standard, we do harm to people who don’t fit that mold.

I spoke to dozens of editors and photographers to find out if anybody sees a way out of this mess. Mostly people I spoke with acknowledged the issues, and agreed with me that there’s not enough diversity in street-style photography — not enough women of color, or those who wear larger than a size 6. But until we stop playing the blame game and start demanding better representation, we’ll never save street style.

Read on for opinions from 14 photographers and photo editors.

Everyone in Fashion Is at Fault

“Historically, fashion has always been racist and size-ist. Street style become like fashion paparazzi in many ways. There’s an inherent bias in the air that says the thinner and whiter, the better and safer person to shoot.” —Melodie Jeng, photographer

Actually, Magazines and Agencies Are to Blame

“Photographers tend to photograph what the magazines and agencies require, so they’re taking pictures of whoever is wearing the bigger brands, not necessarily new tendencies and interesting people in fashion.” —Valentina Ranieri, photographer

“On the circuit of four major Fashion Weeks, there is a max of five of us black street-style photographers going to everything. I don’t know any black photographer who shoots street style for any of the major publications, apart from Nabile who used to shoot for you guys at New York Magazine. During New York Fashion Week, I can easily get 30 well-dressed non-white influencers a day, but photographers never shoot them unless they’re one of the top three black girls. It’s only the group of photographers of color that shoot them — no one else makes an effort. On top of that, most of the brands don’t invite many WOC influencers in Europe. At the big shows, you’re going to have the same white women, but those shows are where you want to be as a photographer.” —Anonymous, photographer

Photographers and Editors Are Equally Complicit

“Every single level is guilty. If I’m pulling street-style photos and presenting them to my directors, it’s my job to present them with diversity; but after I pass along my selections it’s out of my hands. Sometimes photographers don’t even give me the diverse content to work with. I’ll admit we should be asking for it, but they should be shooting it regardless of if we ask or not.” —Larisa Kline, Photo Editor at Esquire & Cosmoplitan

None of This is Good for the Audience

“Just thinking from a business perspective, if everybody’s operating off of the same list, and they’re all standing in the same spot, you end up getting the same indistinguishable pictures that create fatigue for the viewers.” —Emily Shornick, Senior Multimedia Editor at InStyle

“In a perfect world, I would just photograph the people who I like, who I think have good style, but in reality, a lot of times, publications just want to run big names, like Chiara Ferragni. Those are the people that are in the most demand.” —Michael Ip, Photographer

If Editors Don’t Demand Plus-Size Women in Slideshows, We’ll Never Get Them

“What people don’t understand is that this is a paycheck and most agencies have a list of street-style subjects organized by race so that they can sell photos easily. Until editors tell photographers to include plus-size women in slideshows, it’s not going to happen.” —Anonymous, Photographer

Editors Could Easily Solve This Problem

“Once the editors say, ‘Your photos are amazing but they need to be more diverse in race and size,’ the problem will eliminate itself because we’re going to shoot what the editors want.” —Sean Williams, Photographer

Maybe Clothes Are More Flattering on a Certain Size

“I haven’t seen that many plus-size women that inspire me but I want to try and change that. I do tend to find clothes more flattering on a thinner person than a bigger person. I would love to see women of different sizes dressing up at shows — maybe they are and we’re just horrible people and aren’t photographing them.” —Anonymous, Photographer

It’s All a PR Game

“If you are complaining about a street-style photographer’s choice of women to photograph, you are a little late to the party. By the time a woman who wants to be photographed arrives at a show, she has been pretty well vetted: the designer must have invited her, a brand must have provided her with the newest styles, and the PR must not have relegated her to the standing section and other influencers must have already befriended her.” —Tim Regas, Photographer

The Diversity Just Isn’t There to Begin With

“I really wish we had seen the many size 6+ women of color at New York Fashion Week. Where were they? We certainly did not see them, and we scan the crowd all day. Despite all the time pressure and chaos outside the shows, we are eager to photograph anyone fashionable.” —Marcy Swingle, Photographer

I’m Just Shooting What I See

“I shoot what catches my eye, but that’s going to give you a pretty accurate idea of what the fashion industry looks like. If you’re going to Ulyana Sergeenko’s show you’re going to see a lot of rich, white, Russian women which is her clientele thus, the photos from that show are going to be predominately that demographic. Unfortunately this creates a toxic and inaccurate set of photos that show, yeah, predominantly white people.” —Adam Katz Sinding, Photographer

“A lot of people have been brainwashed by this industry to actually believe that being fashionable and beautiful means being tall, thin, white, young, with shiny hair, in $500-dollar sunglasses. And within the fashion industry, the street-style photographers often resemble the production arm (sad but true) and rarely are able to bring their own perspective into their image making. They are reflecting the rules and guidelines they’re been taught about what works, what sells, and inevitably, what and who is valuable. We need to ask who is sitting in rooms making these decisions? What factors are informing what they value?” —Piera Gelardi, Co-Founder and Executive Creative Director at Refinery 29

The Whole Industry Needs to Change

“There has to be a revolution in the fashion industry. It’s a ridiculous argument to say there aren’t stylish women of all sizes at shows. There have been many times when I’ve had batches of images of plus-size women and editors refused to take them. After a while a lot of photographers say, ‘They’re cutting these images of plus-size women, so I don’t need to shoot them.’ People have to open their eyes and realize that fashion is for everyone.” —Devon Kaylor, Photographer

These interviews have been edited and condensed.

+Comments Leave a Comment
Photographers Try to Explain Why Street Style Is So White
astrology 8:30 p.m.
Madame Clairevoyant: Horoscopes for the Week of January 24 Mars, Venus, and Mercury will all be in level-headed Capricorn, and Venus retrograde comes to an end.
By Claire Comstock-Gay
sex diaries 8:00 p.m.
The Art Teacher Quarantining With a Fling Who Gave Her COVID This week’s sex diary.
celebrity 6:18 p.m.
Bella Hadid Says She’s Not Drinking Alcohol Anymore Here’s why.
the de armas cut 4:34 p.m.
Ana de Armas Was Edited Out of Yesterday, So Fans Are Suing Before you ask, this was not the work of the Ana de Armas Updates stan account.
power 4:18 p.m.
New Zealand PM Jacinda Ardern Cancels Her Wedding Due to Omicron “I am no different to, dare I say it, thousands of other New Zealanders.”
celebrity couples 2:11 p.m.
Ye and Julia Fox Are Going Full Britney and Justin Every red-carpet debut deserves matching denim.
fashion Yesterday at 8:00 a.m.
The Invention of André Leon Talley The longtime editor worked on shoots, interviews, and fashion pages. But his greatest creation may have been himself.
By Matthew Schneier
in memoriam Jan. 21, 2022
André Leon Talley Turned His Dreams Into Fashion Fantasies From bespoke suits to caftans, his aesthetic symbolized power and grace.
book review Jan. 21, 2022
Jamie Lynn Spears’s Book Is a Sad, Unsettling Read Despite writing extensively about Britney, she never pauses to consider what her life has actually been like.
power Jan. 21, 2022
A Woman Says She Was Groped While Napping on a Plane She says she woke up to another passenger touching her breast mid-flight.
friday sales Jan. 21, 2022
22 Things on Sale You’ll Actually Want to Buy: From Samsonite to Studs Including our favorite lounge shorts for men and the Shiatsu massager that’s “better than my boyfriend.”
we tried this Jan. 21, 2022
Sorry, But I Tried the Bologna Face Mask Feast your eyes upon my meat!
self Jan. 21, 2022
The Couples Code Is sharing phone passwords a sign of a healthy relationship? But what if you really, really don’t want to?
celebrity Jan. 21, 2022
Have Anna Kendrick and Bill Hader Been Secretly Dating? We may have a new unexpected couple on our hands.
abortion Jan. 21, 2022
What’s Next for the Extreme Texas Abortion Ban? The Supreme Court is now walking back on its own ruling, allowing S.B. 8 to stand and rejecting providers’ petitions.
fashion Jan. 21, 2022
My Time With André Knowledge, coupled with his wit and amazing sense of game, should be André Leon Talley’s lasting legacy.
self Jan. 21, 2022
Will We Ever Escape ‘Before’ and ‘After’ Photos? I’m already preparing myself for the deluge of January “weight-loss transformations” on Instagram.
By Alex McElroy
sorry to this man Jan. 20, 2022
That Time Martha Stewart Refused to Date a (Fictional) Cannibal Martha Stewart once dated Anthony Hopkins, but it didn’t last long.
fashion Jan. 20, 2022
Virgil Abloh’s Last Show Louis Vuitton memorialized the late designer for fall/winter 2022.
very online Jan. 20, 2022
Here’s What a Metaverse Rave Is Like, I Guess In fairness, I couldn’t figure out how to make my avatar dance either.
More Stories