180 Minutes With Desmond Is Amazing

He’s a 10-year-old drag performer, and he’s cooler than you. 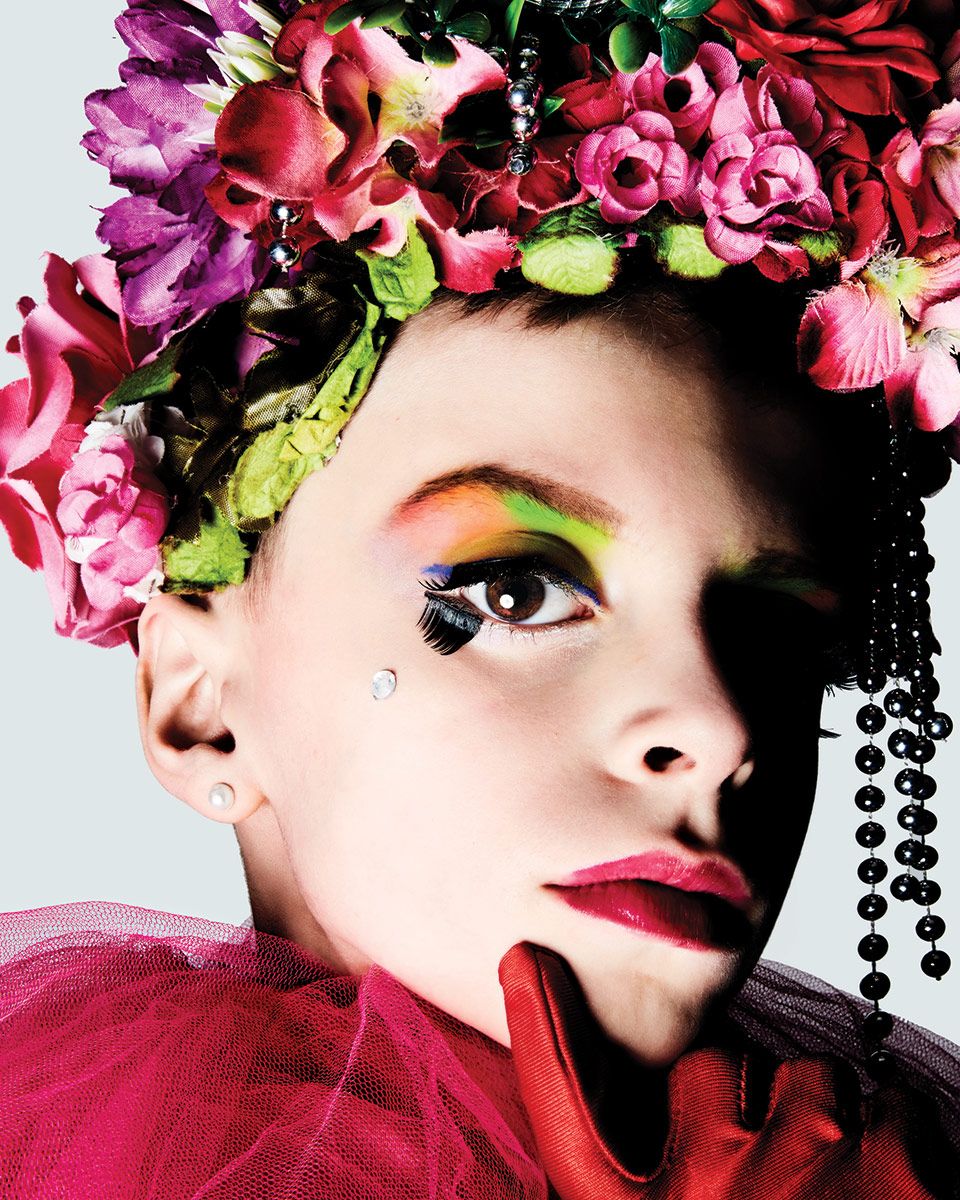 So far in his ten years of life, Desmond Napoles has cultivated one defining talent, and it’s his ability to work a runway. It’s the thing that inspired his drag name, Desmond Is Amazing. And it’s the reason he’s visiting the Phluid Project, a gender-neutral clothing store near NYU, the week before it opens. The “Ph” in “Phluid,” the owner explains, stands for the balance of masculine and feminine, “where we find perfection and harmony.”

So it takes about two minutes for Desmond to notice the platform in the center of the store, built to display mannequins. He heads straight to it, turns to his mom, and says, in a high-pitched squeak, “Look, Mommy, I’m walking the runway!” And takes off.

When he’s standing still, Desmond looks like an anthropomorphized baby tree — tiny and twiggy, four feet three — but in his walk, the pipsqueak becomes the height of performed femininity. His face settles into a soft fierceness, jaw taut, lips pouty beneath big, red, heart-shaped glasses. His shoulders roll, and his arms hang light and loose as his hips swing. All this in platform boots covered in rhinestones that must weigh at least a quarter of his 51 pounds. This morning, he did all his own makeup, apart from the fake eyelashes that his mom, for now, has to help apply.

Desmond, who usually goes by Desi, has 36,000 Instagram followers. Many of those people discovered him via a viral video of (what else) a breathtakingly self-assured walk he took, voguing his little soul out on Fifth Avenue during the 2015 Pride parade. That was followed by a recent turn at Fashion Week, where he became the only thing anyone who had seen him could talk about. He’s now working on his own social network where drag kids can connect. It’ll be called Haus of Amazing.

This all started when he was about 2, watching the first season of RuPaul’s Drag Race with his mom. Soon, he was rummaging through her closet to dress up. One day, he ran off in Century 21, heading straight for the high heels. At 7, he danced on a bar in Drag Race winner Jinkx Monsoon’s “The Bacon Shake” music video. His dad, Andrew, tells me that Desmond listens to the club-kid designer Richie Rich’s “I Love You a Million!” at least once a day. At Phluid, the owner introduces Desmond to Richie via FaceTime as he clutches his mom’s arm, paralyzingly starstruck.

A couple of years ago, his supportive but admittedly concerned parents saw a therapist. “The doctor said, ‘You realize you’re raising a gay kid, right?’ ” Andrew recalls. They responded, “Yup,” and moved on. (He’d told his parents he was gay in kindergarten.) Desmond was born in the Village (which he thinks gives him street cred, though he no longer lives there), and he goes to a city music-and-arts public school where the kids know only that he’s up to something in fashion.

It’s a school holiday, so his dragager mom, Wendylou, has a day of appointments booked. Andrew, a laid-off software engineer, also helps run his son’s career. Leaving Phluid, we walk to the Children’s Museum of the Arts. Desmond is there to offer ideas for the Pride Cultural Festival, which he does with the confidence of a planner who’s organized at least three celebrity weddings. His first idea: a mini vogue ball. “It wouldn’t be a competition, right? We don’t do that here,” says Michelle López, the museum’s community program director. “No, just a similar concept,” Desmond concedes.

He flicks off more ideas from his list: practicing runway walks, creating outfits based on those by his favorite designers (Alexander McQueen, John Galliano), an arts-and-crafts station where kids write compliments to one another on bits of paper to chain together and hang up, Kabuki face paint, a lip-sync dance party. And then he says “LGBTQIA herstory.”

“No, you put herstory,” his dad jumps in.

Desmond’s last idea is for a discussion of how to stop bullying, and it’s here where López just can’t help asking him, “Where do you get all your strength?”

“What do you mean?” Desmond says, as though he doesn’t understand.

“Where do you get the self-confidence — your inner strength to be you?”

This time Desmond gets it: “From my fabulousness.”

There have been four moments in Desmond’s ten years when the world learned of this fabulousness. The first time was when that video went viral in 2015. A Facebook page followed (and the family began experiencing its first taste of hate — “They love to say they’re going to put a millstone on my neck and throw me in the sea,” says Wendylou), as did an Instagram account. Desmond is allowed on Instagram only after his mom checks every message, which is partly how he came up with the idea for Haus of Amazing. Drag-kid followers from Holland to Mexico had been messaging him, and as Desmond began setting up group chats, he found that Instagram limits them to 15 people. Haus of Amazing will be a protected space where they can all connect.

The second public moment came at the kickoff of RuPaul’s DragCon last fall, when Desmond was invited to cut the pink ribbon with Ru himself. DragCon turned out to be big. “He wasn’t used to that sustained attention, so it was really overwhelming. We were away from everyone a lot,” remembers his dad. Still, Desmond attended panels, hosted a kids’ runway walk, and, shortly thereafter, got an agent. The third was last month, when Gypsy Sport, the rebellious unisex sportswear line, asked him to model. He walked in a Victorian-blazer-and-ruffled-collar look, telling everyone he had watched old Anna Sui videos for practice. After that, he was written up in Vogue.

But Desmond’s brightest moment in the spotlight was last June, during the NYC Legacy Ball at the Brooklyn Museum. He wore Keith Haring–ish pants and a tank top, with a skirt designed to be flung off mid-runway. “When he came out, everyone gasped,” said Sydney “UltraOmni” Baloue, a ballroom historian who was hosting. “Desi just served.” But it was a competition night, and he was knocked out after the first round.

The teams at these events are known as Houses, and later that night, Kevin “Omni” Burrus, co-founder of the House of Ultra Omni, stepped to the stage to accept an award. “Where’s that child!” he called out. “Bring that child back!” Desmond walked onstage. Kevin put his medal on Desmond and said, “Just keep doing what you’re doing. Part of being a good winner is being a good loser.” Later on, Leggoh, from the competing House of Labeija, called for Desmond again, “Bring him back up! And come on, Dad.” Desmond ended the evening walking the runway once more, this time with his father, the room in tears.

*This article appears in the March 19, 2018, issue of New York Magazine. Subscribe Now!