The 23-year-old photographer Arielle Bobb-Willis rarely shows a model’s face. “I want their egos to be taken away,” she says. Her fashion photographs are kinetic, snapped as models twist and manipulate the bright color-block clothing that contains them. Without a face, she says, every element in a photograph’s composition has equal play: the clothes, the setting, and the model tell a single story.

For this fashion shoot, Bobb-Willis went to New Orleans, where her mother is from, with a box of our fashion editors’ favorite looks from the spring 2018 runways. She photographed women who live in the city wearing colorful dresses, accordion pants, and plastic knee-high boots, all while contorting on sidewalks and in abandoned fields. “The colors and the composition of the city have always inspired me,” she says. “There’s just this heaviness to it. It’s so vibrant, but there’s a spooky undertone that runs through.”

Bobb-Willis developed an abstract, dissociative style while struggling with anxiety and depression, using photography as a form of therapy. “I felt like my body was something I was renting more so than something that was given to me,” she says. “When I’m shooting, I’m focusing on what’s in front of me and nothing else.” 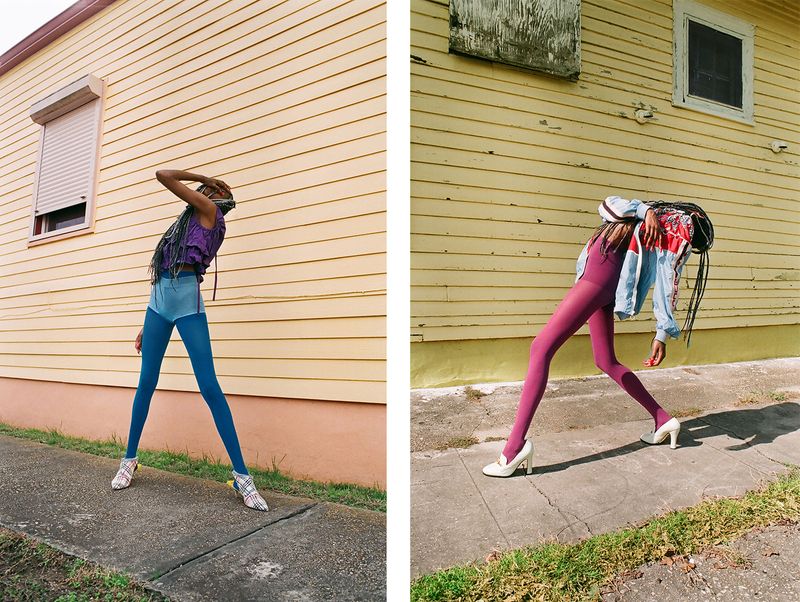 +Comments Leave a Comment
Spring Fashion Captured by a Photographer Who Hides Faces
breakout 16 mins ago
Meet Sally Rooney’s New Leading Lady Alison Oliver auditioned over Zoom. Next thing she knew, she was on set with Joe Alwyn.
power Yesterday at 6:02 p.m.
The Normalization of White Male Violence What happened in Buffalo on Saturday is our nation’s natural state. Black anxiety is mine.
By Brittney Cooper
lawsuits Yesterday at 5:38 p.m.
Amber Heard Says She Thought Johnny Depp Would Kill Her Heard also testified that Depp sexually assaulted her with a liquor bottle during a brutal fight.