Once again, she proves she’s a worthy adversary for Trump. 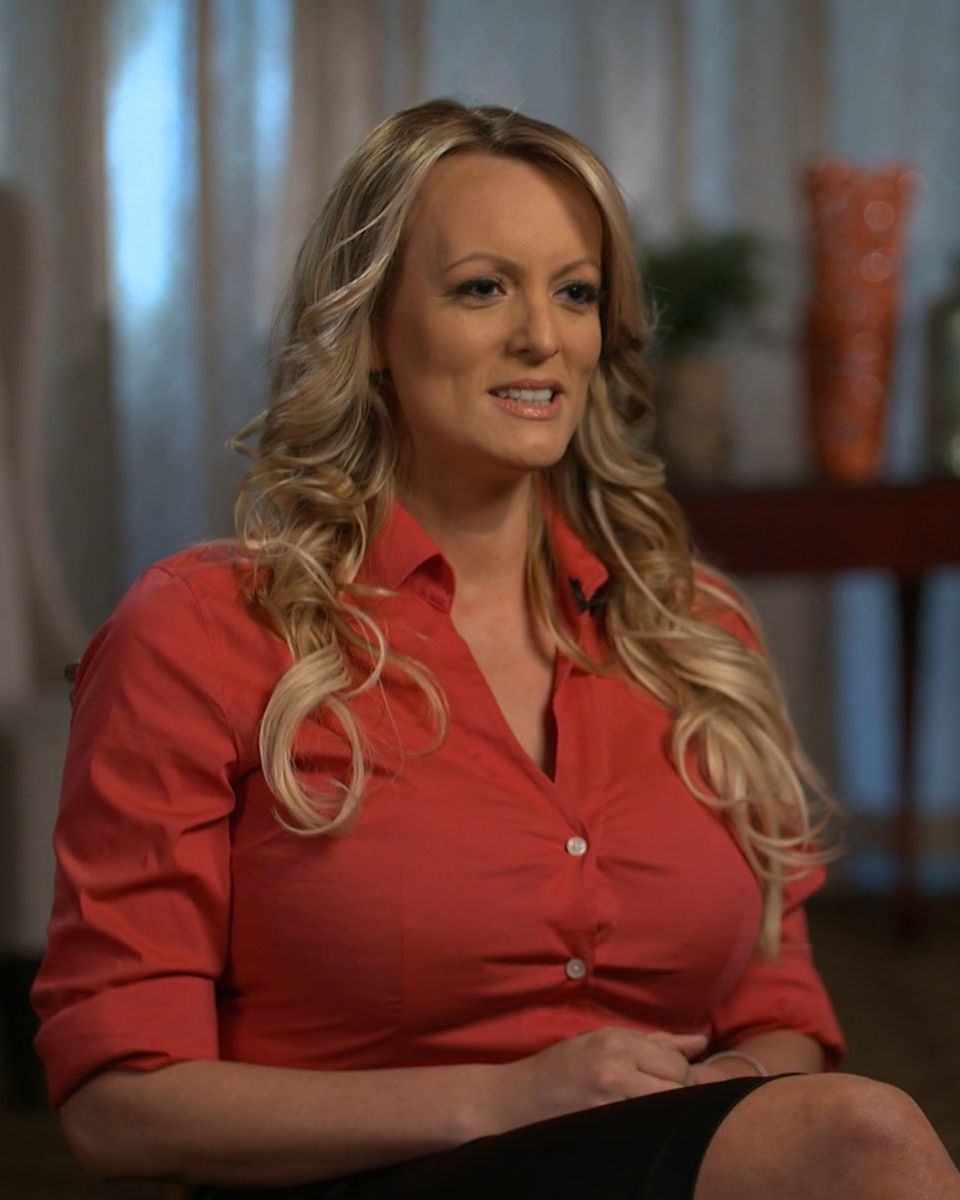 Last night’s 60 Minutes interview with Stormy Daniels set off so few fireworks, with so little new information, that it would be tempting to dismiss its importance. As Slate put it, “If you were hoping for a TV event that would do serious damage to the Trump presidency … [it] was a let down.” Let’s not be hasty here, though. Buried within the interview’s vanilla blandness lay some lessons worth pondering — if we want to save our republic. But the important parts were easy to miss.

To be fair, little could have lived up to the hype that preceded the broadcast, created mostly by Daniels’s bulldog of an attorney, Michael Avenatti. Lured by his hints of big revelations, some viewers approached this interview as they might the Super Bowl, gathering in watch parties, even serving themed drinks — Dark and Stormy cocktails, of course.

But in her conversation with Anderson Cooper, Stormy mainly rehashed details she’d offered before: how she met Trump; how he compared her to Ivanka (still not that shocking, folks); and how he’d strung her along by “dangling” (the very word she’s used before — evoking atrophied flesh) the hope of an appearance on The Apprentice.

She did elaborate, though, on the most profoundly disturbing element in all this: the alleged personal threat made to her (to keep silent and “leave Trump alone”) in 2011. The story she told of being menaced by a thug in a parking lot while with her infant daughter was chilling but also, sadly — given what we already know about the world of Trump — not that shocking, and entirely credible.

In fact, Stormy was entirely credible in every way. Calm, clear-eyed, and direct, she telegraphed competence and clarity of purpose. She answered questions quickly and without hesitation, never averting her gaze, lowering her eyes, or even pausing. Her words were simple and devoid of rhetorical flourishes. When asked, for example, whether she understood the $130,000 she’d accepted was “hush money,” Daniels’s firm “yes” flew from her mouth nearly before Cooper could finish his question. She offered this kind of swift, emphatic, and monosyllabic response several times.

Everything about this interview screamed legitimacy. 60 Minutes is the 50-year-old doyenne of broadcast journalism, a network show watched by grandparents and Trump supporters (and apparently even Trump himself). This was Stormy’s chance to take her case to the widest American public, to clear her name and tell her truth, even at the risk of being penalized for breaching her non-disclosure agreement (and possibly even at risk to her personal safety).

This quest for legitimacy made for dull television. For prime time, Stormy toned down her makeup (false lashes but no visible shadow, pink not red lips), and buttoned up her shirt (although admittedly, the buttons were straining). But she also muted her personality, showing far less of the brash and witty side we’ve seen in other interviews and on her Twitter feed. The sharp-tongued woman with the off-color sense of humor all but disappeared last night. (It returned briefly when, proving she’d not sold her story, she quipped to Cooper, “I don’t have a million dollars. You didn’t even buy me breakfast”).

And while she still owns her adult-film career proudly, Daniels showed a more vulnerable side when detailing how she’d felt obliged to have sex with Trump — unprotected! — even though she felt disinclined, simply because she’d gone alone to his hotel suite. Her explanation for this conjured a retrograde notion of women’s sexual obligations to men and even a whiff of self-abnegation: “I had it coming for making a bad decision … I just heard the voice in my head, ‘Well, you put yourself in a bad situation … so you deserve this.’”

But this more demure, less flashy Stormy did offer one new and potentially useful twist on a previously known salacious detail. It turns out her decision to spank Trump with that magazine featuring him on its cover was actually an attempt to shut down his narcissistic bragging:

[The conversation] started off all about him just talking about himself: And he’s like, ‘Have you seen my new magazine?’ … And so I was like, “Does this normally work for you? … does just … talking about yourself normally work? … Someone should take that magazine and spank you with it. … And I’ll never forget the look on his face … I was like, ‘turn around, drop ’em.’ … I just gave him a couple swats. and from that moment on, he was a completely different person. He quit talking about himself and he asked me things … it just became … more appropriate.

According to this, Daniels was able to achieve the impossible: She broke through Trump’s delusional solipsism, literally slapping him into awareness of another person. And she did it by refusing to play along with his self-vaunting monologue. By questioning the effectiveness of Trump’s boasting, she stopped it. We can all learn from this.

In effect, Stormy changed the channel on Trump, tuning out his ceaseless need for ego gratification. She forced him out of the one-man show he normally performs, and that is why we should take note. That show is what has been keeping us all blind and distracted. In all the chaos, the circus, that is the Trump presidency, we careen from one outrage to another, one scandal to another — but we are always, always talking about him. Stormy — in her telling — was able to shut down the carnival and redirect the conversation — from monologue to dialogue.

This is precisely what the nation needs to do. And last night, Stormy showed us how, by demonstrating what resistance to Trump’s domineering egotism might look like (Congress would do well to emulate Stormy). But there was a subtler aspect at work in Stormy’s appearance as well: Beyond describing how she defused Trump’s mania for self-absorption, she also managed to defuse our absorption with Trump, our Trump-mania. For in the end, the very dullness of this 60 Minutes piece, its contrast with all the hoopla leading up to it, was a refusal to feed the Trump media frenzy.

The heightened expectations surrounding this interview betray our addictive hunger for the sensational, for all that the Trump presidency peddles to us. “Stormy is no bomb cyclone,” noted Mark Geragos on CNN — acknowledging the tameness of the interview (and making yet another weather-related joke). But why did she need to be? If we can stop and recognize our addiction to this kind of media ‘bomb,’ we will have taken an important step toward ending the carnival — leaving us the time and clarity, perhaps, to focus on the many serious but less splashy catastrophes of domestic and foreign policy currently roiling our country.

We love our outrage. We are addicted to it. The media is fueled by it. When we stop chasing and/or disapproving of outrageous details, we may get better at seeing the plainer truths, at considering, for example, the terribly disturbing issues of Daniels’s alleged treatment by the Trump campaign.

Yes, last night, Stormy Daniels was a bit of a letdown — and maybe that is exactly what we needed her to be.

This article has been corrected to show that Daniels alleges she was threatened in Las Vegas in 2011, rather than shortly before the 2016 election.

Stormy Daniels Is the Anti–Donald Trump