Raise Your Son to Be a Good Man, Not a ‘Real’ Man 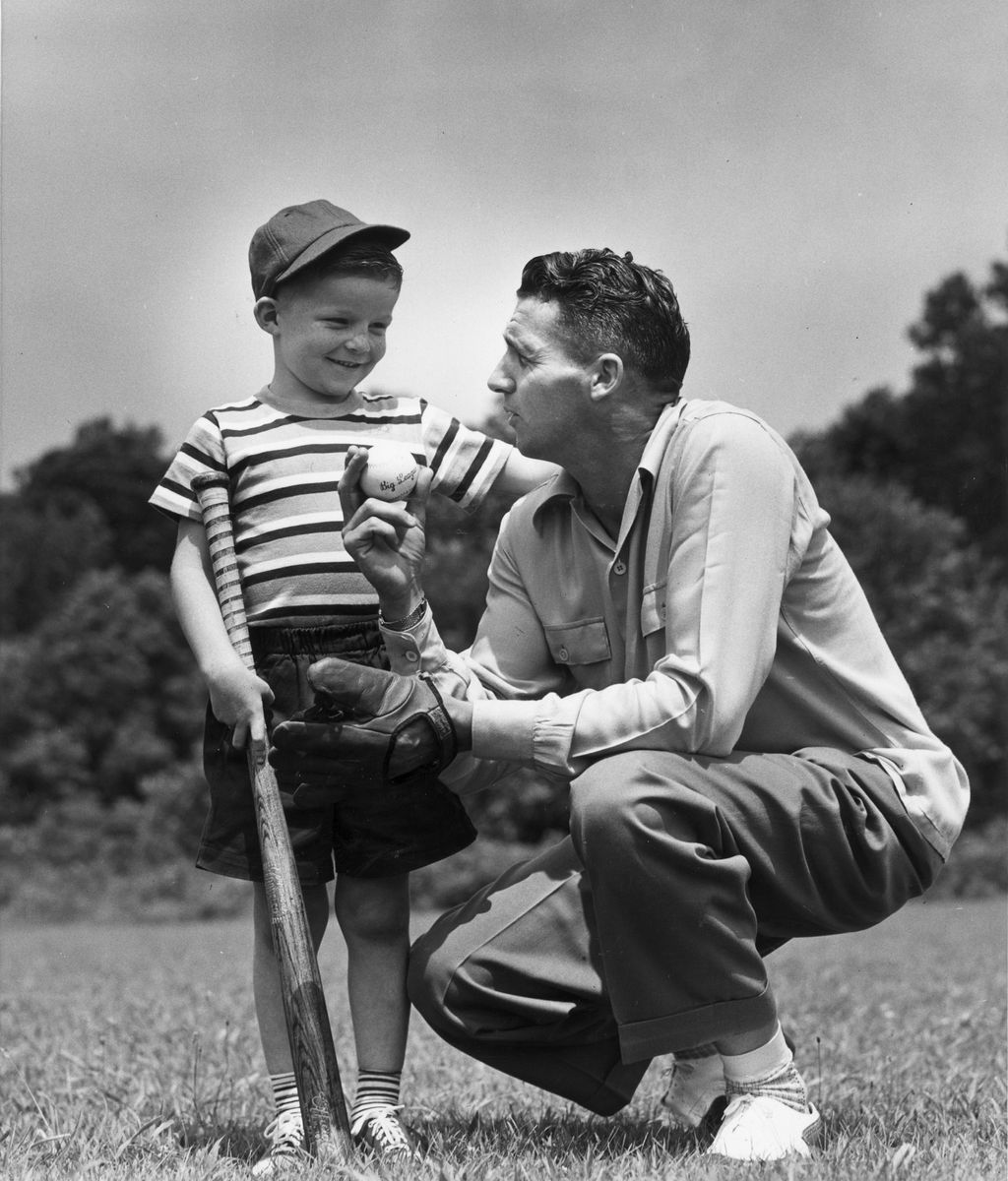 How to Raise a Boy is a weeklong series centered around this urgent question in the era of Parkland, President Trump, and #MeToo.

Instead of scolding our sons about “toxic masculinity,” let’s invite them to try this little thought experiment: Ask yourself, “What does it mean to be a good man?” Imagine waking up in the morning and looking in the mirror and saying to yourself, “You are a good man.” Imagine your funeral. You’ll want it said of you, “He was a good man.”

I have asked this question of several thousand young men and boys around the world, from single-sex schools in Australia and a police academy in Sweden to former soccer stars at FIFA and cadets at West Point. Their answers rarely vary. Here is what men believe it means to be a good man:

Integrity
Honor
Being responsible
Being a good provider, protector
Doing the right thing
Putting others first, sacrifice
Caring
Standing up for the little guy

Boys and Girls on Emotion

“Okay, fair enough,” I say. “Now tell me if any of those ideas or words or phrases occur to you when I say, ‘Man the fuck up! Be a real man!’”

The guys look startled. “No, wait, that’s completely different!” they shout, almost instantly, and almost as one.

I ask what it means to be a “real” man, and this is a short list of what they say:

Here is what they say, in order:

If they mention women at all — and they rarely do — it’s “Mother.” And she comes in at about No. 6 or so. They sometimes even say “Teacher” before they say Mother.

What Should I Teach My Sons?
7 Insights From Social Science on Raising a Boy
Teenage Brothers on Sex, Social Media, and What Their Parents Don’t Understand

Being a real man isn’t something “internal,” but something performed — for other men. Masculinity is “homosocial” — meaning it’s other men who judge whether we’re doing it right. We want to be a “man’s man,” not a “ladies’ man.” A “man among men.”

And here is the lesson I hope that men will draw from this exercise: There are times in every man’s life when he will be asked by other guys to betray his own values, his own ethics, his own idea of what it means to be a good man in the name of proving that he is a real man. Proving that we are “real men” to other men will push us — no, require us — to sometimes do the wrong thing, fail to stand up for the little guy, behave dishonorably.

If this is true — and every man reading these words knows exactly what I am talking about, because we have all had some experience in which we were asked to betray our own values to prove our masculinity to other guys — then this is the story we must tell our sons. That we have been there, that we know the pressures they face.

I would far prefer to tell my son how awesome I am. But the truth is that I, like every other guy, have betrayed that idea of being a good man.

For me, it was in eighth grade, when some bigger, more athletic, and more popular guys were bullying the kid whose locker was next to mine. I knew what to do, what you are supposed to do, when someone is being bullied. You’re supposed to stand up for him, to intervene. There’s good research that says that if a single person stands up against bullies, they often back down.

At that moment, though, my shoes became so strangely fascinating that I couldn’t take my eyes off them. I looked down at my shoes for what felt like an hour. I moved my feet this way and that, never taking my eyes from the ground.

In short, I did the wrong thing. I turned away, betrayed the boy next to me — and betrayed myself. I was afraid that the other guys would come after me if I stood up for him. I may have been right, but I knew I was doing the wrong thing. I was too frightened to do anything else.

That night, I was ashamed of myself. For days afterwards, I avoided the kid who had been bullied.

Fathers: If you want a story to tell your sons, tell that story, the time you did the wrong thing because you were scared. That’s the story we grown men must tell our sons. We must tell them for their sake, because it can help them acknowledge the ways that they, too, may feel pulled between their own values and those of others. But we must also tell them for our own sake, so that we can finally acknowledge the damage done to us, done to our hearts, our souls, by the demands of trying to deny our humanity and be real men.

The good news is, they’re already way ahead of us. In a sense, it’s time for dads to follow their sons as much as lead them. Younger men are far more gender-equal than previous generations. They’ll do more housework and child care than any generation of American men. They’ll have more cross-sex friendships than any generation ever. And they’re playing by completely new rules in the workplace.

My generation expected our workplaces to look like the set of Mad Men, where the men had all the offices with windows, the women were gathered in the center like a corral, and sexual access to them was considered a perk of the job. Young guys know better. Last fall, a survey asked men ranging in age from 18 to 60-plus about what constitutes appropriate workplace behaviors. Nearly half of the men 30 and under said it was unacceptable to comment on a woman’s attractiveness, but more than three-quarters of the older men said it was just fine.

I don’t think we’re leading the younger generation anywhere. We have a lot to learn from them. We just need to get out of the way, and let them lead us home.

Michael Kimmel is SUNY Distinguished Professor of Sociology at Stony Brook University. His new book is Healing From Hate: How Young Men Get Into—and Out of—Violent Extremism.

*A version of this article appears in the March 5, 2018 issue of New York Magazine.

What Should I Teach My Sons?

+Comments Leave a Comment
Raise Your Son to Be a Good Man, Not a ‘Real’ Man

5 questions with... Yesterday at 5:10 p.m.
Taraji P. Henson Wants to Move to Spain, Italy, or the South of France “Yeah, ’cause … I don’t know about this place anymore.”
celebrity Yesterday at 5:04 p.m.
Chris Pratt, Noted Bible Quoter, Says He’s Not Religious “I’m not a religious person,” says the man who posts Bible verses on Instagram.
gone sale-ing Yesterday at 4:15 p.m.
Ulta Beauty Is Doing a Sale It’s Never Done Your favorite hair products are on sale thanks to its Summer of Hair Love Event.
maxwell trial Yesterday at 2:42 p.m.
Ghislaine Maxwell Sentenced to 20 Years in Prison The judge ruled that Maxwell “directly and repeatedly and over the course of many years participated in a horrific scheme” of sexual abuse.
life after roe Yesterday at 2:40 p.m.
Major Retailers Are Rationing Morning-After Pills Purchase limits on Plan B are the latest ripple effect of the SCOTUS ruling overturning Roe.
gone sale-ing Yesterday at 2:22 p.m.
Your July 4 Sale Shopping Guide That NuFACE you wanted? It’s on sale.
immigration Yesterday at 1:39 p.m.
46 Migrants Were Found Dead in a Truck Near San Antonio Officials suggested they had overheated in a tractor trailer after being abandoned by the truck’s driver.
abortion Yesterday at 1:18 p.m.
Laura Prepon Recalls Her Choice to Terminate a Pregnancy “Everyone has their own story for seeking out this medical procedure.”
drugs Yesterday at 1:00 p.m.
Tripping Down the Aisle Mushroom microdoses are the new signature cocktails.
By Jenni Avins
abortion Yesterday at 12:10 p.m.
Another GOP Candidate Fails to Understand Rape, Possibly Also Sex Yesli Vega claimed that rape rarely results in pregnancy because “it’s not something that’s happening organically.”
ask a boss Yesterday at 12:00 p.m.
‘The New Hires at Work Are Driving Me Up a Wall’ Clarifying for yourself what you do and don’t need to act on will help make the situation more bearable.
huh! Yesterday at 9:58 a.m.
Ghislaine Maxwell Reportedly Offered Yoga Lessons in Prison A letter written by a fellow detainee characterized the convicted sex offender as “genuine and kind.”
life after roe Yesterday at 9:30 a.m.
How to Protect Yourself When Seeking an Abortion Learn your legal risks and take control of your digital privacy.
life after roe Yesterday at 9:30 a.m.
How to Get Help for Your Abortion The abortion mutual-aid network getting patients the funds, travel, and child-care assistance they need.
life after roe Yesterday at 9:30 a.m.
Don’t Trust the DIY Abortion Advice You See on TikTok These are the risks involved.
life after roe Yesterday at 9:30 a.m.
How to Have a Medication Abortion Where to find the pill and what to expect.
life after roe Yesterday at 9:30 a.m.
The Crisis Pregnancy Center Trap And how not to fall for it.
celebrity June 27, 2022
Jodie Sweetin Won’t Let Police Brutality Stop Her From Protesting The actor spoke out about the viral video of police pushing her to the ground during an abortion-rights protest.
celebrity June 27, 2022
Machine Gun Kelly Reveals He Attempted Suicide in New Documentary He was on the phone with Megan Fox at the time.
power June 27, 2022
Everything to Know About the WNBA Star in Russian Custody After her months in detention, Brittney Griner’s trial will begin on July 1.
More Stories