Watch out, ladies — Donald Trump Jr., an alleged adulterer who has some strong opinions about Disney princesses, will soon be on the market. Though he and his soon-to-be ex-wife, Vanessa, only just confirmed they filed for divorce a mere two weeks ago, the Trump boy is already preparing for the #singlelife by hitting the gym and finally chopping off his mullet.

Jr. has always loved a CrossFit sesh, but according to his Instagram story, he went especially “hard” this weekend. Though it’s impossible to know how objectively difficult the CrossFit class was, the boy has visible sweat stains on his shirt and an extremely dewy face in his selfie — signs that he certainly exerted himself! 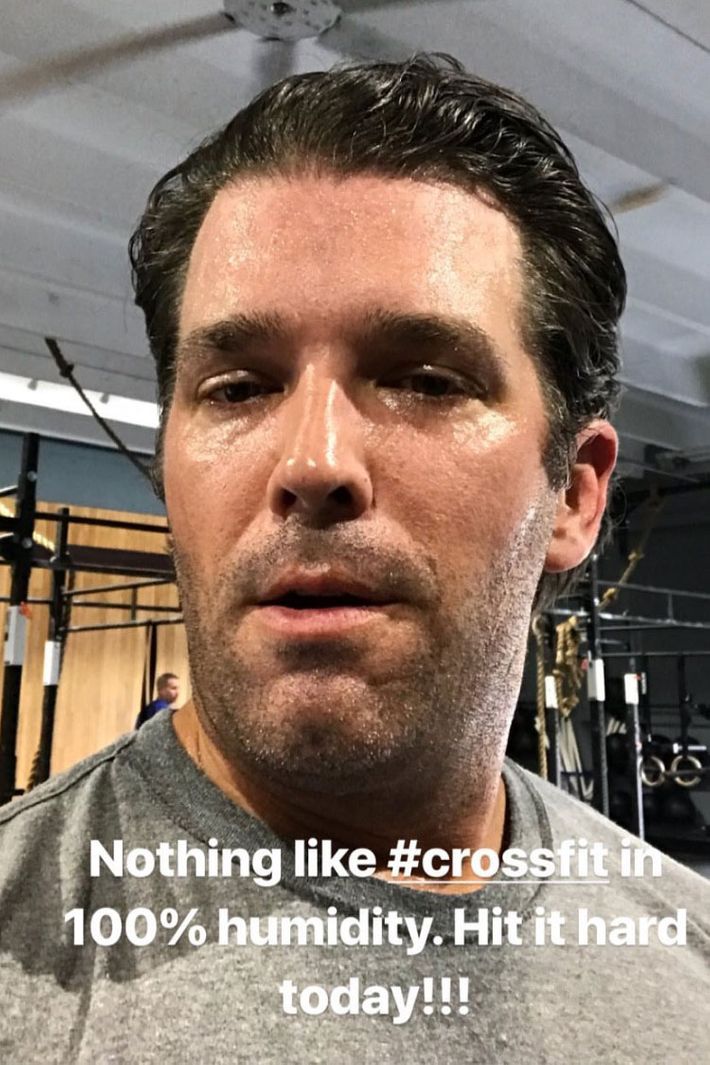 Amped up on endorphins, Jr. also decided it was time to take care of his neglected mullet this weekend. Again, on his Instagram story, he snapped a mirror selfie on himself wearing a barber’s gown while getting a haircut. Someone must have given him the heads up that the ladies are not loving mullets right now. 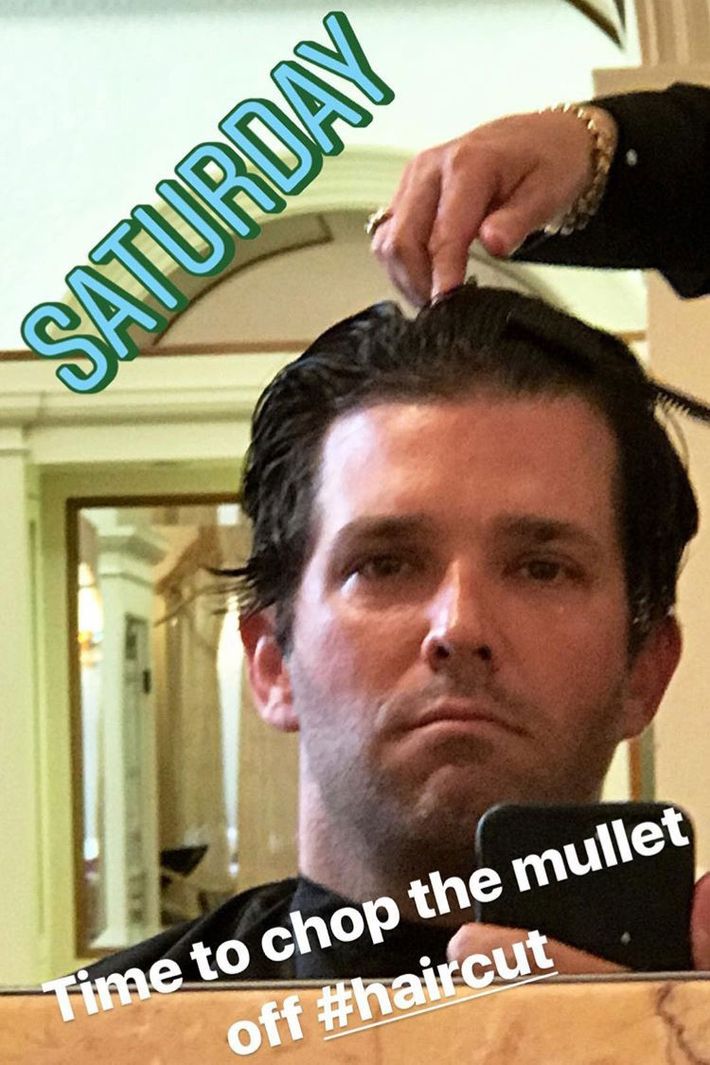 Now all he has to do is update his dating profile with some fresh pics of his new no-mullet look.

What Would Donald Trump Jr.’s Dating Profile Look Like?