This month, New York Magazine helped the New York City Mayor’s Office select five critically acclaimed finalists for the city’s One Book, One New York summer reading program. Three of the books are by women, and all five are set in New York City. Throughout April, you can vote here to help choose the winner.

Here, we present a brief reader’s guide with each book’s opening line, a one-sentence plot summary, and some cool facts about these talented authors. See which one you like best. If you’re in New York: 5,000 copies of all five books will be available in libraries throughout the five boroughs. 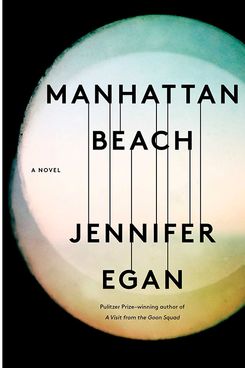 First sentence: “They’d driven all the way to Mr. Styles’s house before Anna realized her father was nervous.”

About the author: Pulitzer Prize winner Jennifer Egan dated Steve Jobs and once worked as a private secretary to a countess. This is her fifth novel.

Behold the Dreamers by Imbolo Mbue 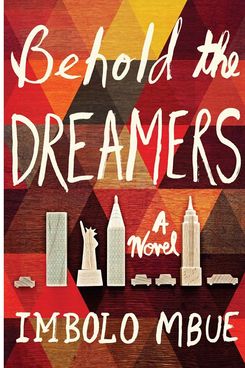 The story: Cameroonian immigrant Jende Jonga lives in Harlem with his wife and 6-year-old son while working as a chauffeur for a financial executive with dark secrets.

First sentence: “He’d never been asked to wear a suit to a job interview.”

About the author: Mbue, who also immigrated from Cameroon to the U.S., received a $1 million book deal for her manuscript. The book became a best seller and an Oprah’s Book Club pick.

When I Was Puerto Rican by Esmeralda Santiago 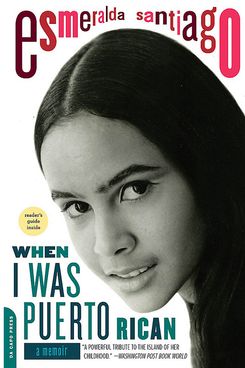 The story: This first volume of a three-part memoir trilogy follows Santiago’s childhood, moving from rural Puerto Rico at age 13 to New York City, where she helped translate for her mother in welfare offices, to college.

First sentence: “There are guavas at the Shop & Save.”

About the author: The oldest of 11 siblings, Santiago studied part-time at community colleges for eight years before receiving a full scholarship to Harvard. Now she’s a decorated author, documentary filmmaker, and an activist.

The Moonlight Director’s Next Film

If Beale Street Could Talk by James Baldwin 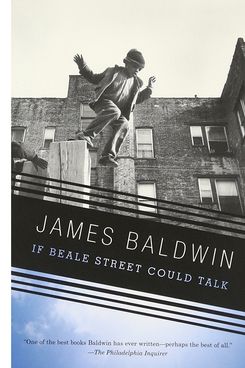 The story: A love story set in Harlem in the early 1970s, starring a 19-year-old girl named Tish and a young sculptor, Fonny, who have a child together.

First sentence: “I look at myself in the mirror.”

About the author: Baldwin is a legend, one of the most important voices on race, class, and sexuality in mid-20th-century America. Moonlight director Barry Jenkins is adapting Beale Street into a feature film. 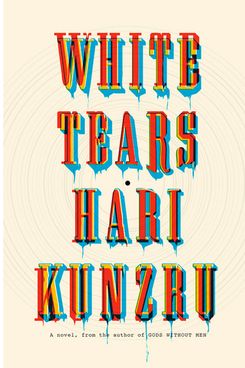 The story: Two white music producers record a blues singer in a park and fake it online as an antique track, launching a murder-mystery thriller that examines racial discrimination and appropriation.

First sentence: “That summer I would ride my bike over the bridge, lock it up in front of one of the bars on Orchard Street and drift through the city on foot, recording.”

About the author: The award-winning British novelist, journalist, and former music editor also received a $1 million book deal for his first novel (in British pounds). He grew up in Essex, the son of a Kashmiri Pandit father and British mother.

power 1 min ago
A Woman Says She Was Groped While Napping on a Plane She says she woke up to another passenger touching her breast mid-flight.
friday sales 12:32 p.m.
22 Things on Sale You’ll Actually Want to Buy: From Samsonite to Studs Including our favorite lounge shorts for men and the Shiatsu massager that’s “better than my boyfriend.”
we tried this 12:29 p.m.
Sorry, But I Tried the Bologna Face Mask Feast your eyes upon my meat!
self 12:00 p.m.
The Couples Code Is sharing phone passwords a sign of a healthy relationship? But what if you really, really don’t want to?
celebrity 11:59 a.m.
Have Anna Kendrick and Bill Hader Been Secretly Dating? We may have a new unexpected couple on our hands.
abortion 9:37 a.m.
What’s Next for the Extreme Texas Abortion Ban? The Supreme Court is now walking back on its own ruling, allowing S.B. 8 to stand and rejecting providers’ petitions.
fashion 8:00 a.m.
My Time With André Knowledge, coupled with his wit and amazing sense of game, should be André Leon Talley’s lasting legacy.
self 8:00 a.m.
Will We Ever Escape ‘Before’ and ‘After’ Photos? I’m already preparing myself for the deluge of January “weight-loss transformations” on Instagram.
By Alex McElroy
sorry to this man Yesterday at 9:13 p.m.
That Time Martha Stewart Refused to Date a (Fictional) Cannibal Martha Stewart once dated Anthony Hopkins, but it didn’t last long.
fashion Yesterday at 6:12 p.m.
Virgil Abloh’s Last Show Louis Vuitton memorialized the late designer for fall/winter 2022.
very online Yesterday at 4:59 p.m.
Here’s What a Metaverse Rave Is Like, I Guess In fairness, I couldn’t figure out how to make my avatar dance either.
no! Yesterday at 4:33 p.m.
Let the M&M’s Be Hot and Mean A rude corporate rebrand has decided the M&M’s characters should be … progressive?
celebrity Yesterday at 3:47 p.m.
Tracing the Ongoing Feud Between Britney and Jamie Lynn Spears Jamie Lynn released private text messages she says she sent Britney in 2020 about the conservatorship.
enough Yesterday at 12:46 p.m.
What Else Can We Put in Space? Apparently, someone is building a movie studio and sports arena out there.
power Yesterday at 12:00 p.m.
Working Through the End Days of Roe The staff at the Jackson Women’s Health Organization is too busy to dread what’s very likely to come.
science Yesterday at 11:22 a.m.
Give Me the Goth Space Diamond Sotheby’s is expected to sell the 555.55-carat black diamond for at least $6.8 million.
my two cents Yesterday at 8:00 a.m.
‘I Was Harassed at Work. Can I Afford to Sue?’ Taking legal action might be more feasible than you think.
By Charlotte Cowles
recap Yesterday at 8:00 a.m.
And Just Like That … Miranda Blows Up Her Life, Again At least Harry doesn’t have penis cancer.
first person Yesterday at 7:00 a.m.
The First Time Was Terrifying. Now, It’s Just Excruciating. My family’s second bout with COVID might be worse.
By Reyhan Harmanci
valentine's day Yesterday at 7:00 a.m.
40 Valentine’s Day Gifts From Target All the heart-shaped products your heart desires.
More Stories