Melissa Barrera Is New in Town

On Vida, the telenovela veteran explores a Mexican-American L.A. community. 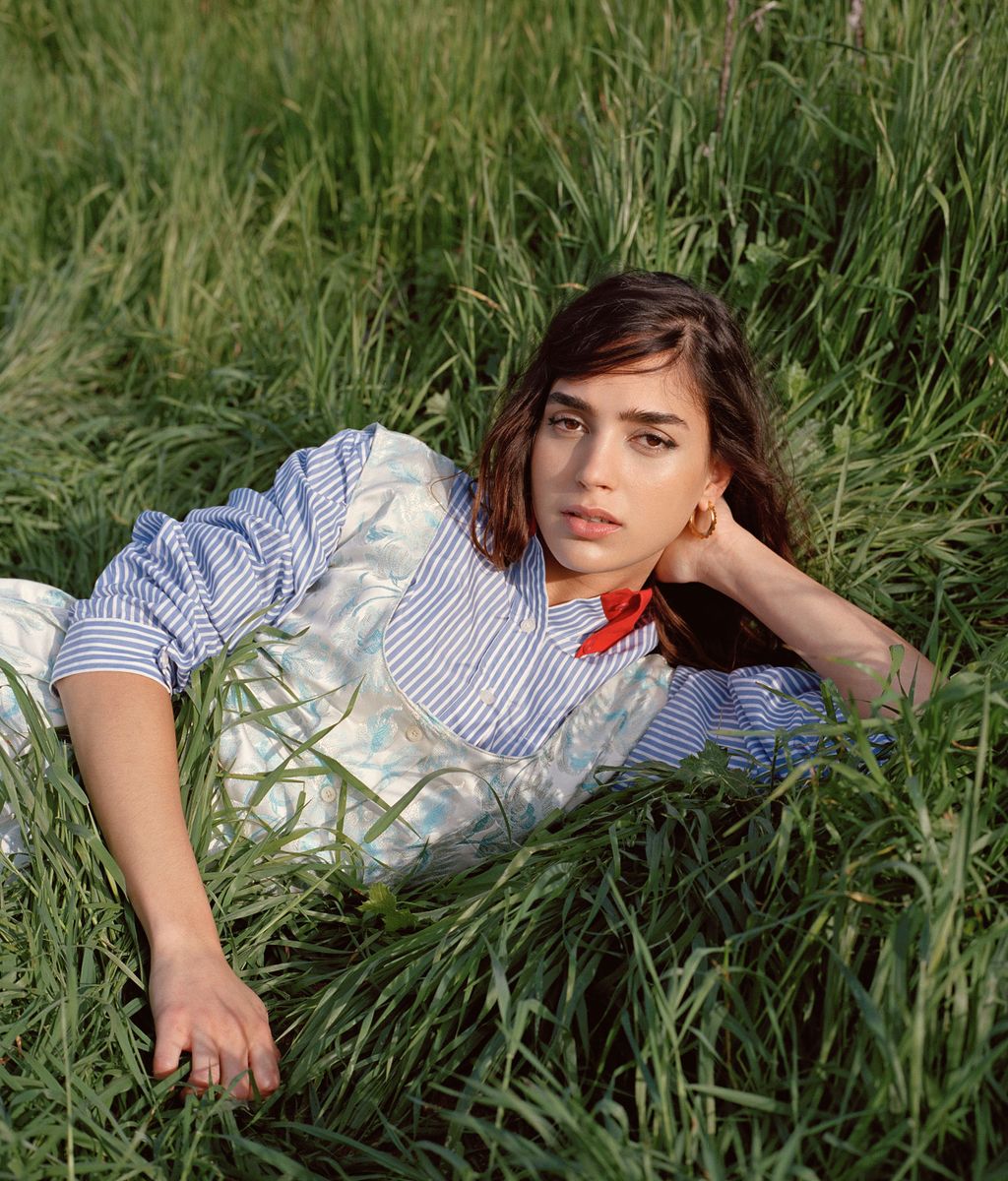 Melissa Barrera isn’t from here. While she now lives in Los Angeles, she was born and raised in Monterrey, Mexico, went to NYU for college, then returned to Mexico to pursue her acting career. So, when she was cast as one of the leads in the new Starz show Vida — in which East Los Angeles also plays a very prominent role — she made a point to try to get a sense of the neighborhood by wandering around and saying hi.

“Everyone was so friendly,” Barrera, 27, told me when we met in a Los Feliz café early one sunny weekday morning. “When I stopped to ask a few men for directions to this famous raspado place after lunch — in Spanish, obviously — they were like, ‘Mija! Si, claro!’ They gave me directions, and one of them was like, ‘I’m going in that direction. Do you want a ride?’”

I should add here that Barrera is alive and well. “Tanya [Saracho, the show’s creator], was like, ‘Why would you get in the car with someone you don’t know?’” she recalls. This was also my first question. But for Barrera, the moral of the story is that “the spirit of the Mexican community is that we just stick together. If you feel like you have something in common with someone, it’s like, ‘I got your back.’” Not only did she get a ride to the raspado place in a red Corvette, but she got invited to a family barbecue where she met the guy’s grandparents, parents, aunts, uncles, and little nieces and nephews. Then someone figured out she’d been on the popular Mexican soap Ventaneando and everyone wanted to take a picture with her.

Barrera studied musical theater in college, so it’s fitting that her career in Mexico began with the musical reality show La Academia. After three months on that show, she landed her first telenovela, which she thinks of as her actor’s boot camp. “Everything is fast,” she said. “You go from crying to laughing to being angry to running to crying again. It’s crazy. You get to learn how to control your emotions a lot more, and by controlling, I just mean manipulating.” And because the soaps would only shoot until 5:00 p.m., she’d do theater in the evenings: “Theater always was like my fuel. It kept me sane.”

Vida is set in a community that’s rarely depicted as a community, rather than a place to escape from. Barrera plays Lyn, the younger of the two sisters, who both return to Los Angeles after their mother’s death. The neighborhood they find is not the one they left — it’s being rapidly gentrified, for one thing, and has pockets (including their mother’s bar) that are openly queer. Emma and Lyn learn that their mother was in debt, and predatory developers swoop in to take her property off their hands for cheap — but the pair decides not to sell.

Saracho told me she initially envisioned Lyn as someone with “long, beautiful hair, cinnamon skin — a goddess with an ‘it’ factor that you can’t buy.” Barrera has lighter skin, and had shorter hair and a sportier style when she first saw her, but otherwise revealed herself to be perfect. “I was trying to go for a more indigenous Lyn — but I got the best Lyn!” Saracho says. She describes Barrera as “a joy to work with,” fun and insightful. “And her work ethic is amazing,” Saracho says. “She grew up doing telenovelas — they shoot 80 scenes a day, they have to know their lines. She never complains.”

Still, Barrera says, her first day on-set was daunting. “Traffic was stopped across four lanes and there was [a] huge crane that had a little — I don’t even know what it was. So many things that I’ve never seen before in my life. I’m like, ‘Wait, is that … is all that for us?’”

As the first primetime cable show told from the point of view of queer Latinas, Vida has a lot of stereotypes to contend with, as well as a heavy burden of representation — starting with the issue of what makes a person or neighborhood Mexican, and what counts as Mexican enough. Barrera is the only member of the cast who is Mexican but not American. Meanwhile, her character is the only one who doesn’t speak Spanish. “I kind of like that,” she says. “I think it’s important to expose the fact that the language is being lost in second-, third-, fourth-generation Latinx-Americans. There was an inherent shame that came with whoever, your grandparents, that came over. They wanted the best life for their kids and that meant being fully American. That meant speaking English perfectly so that they weren’t ostracized or they didn’t feel like an outsider. I’ve talked to so many people that I run into that are Mexican-American or Cuban-American or Puerto Rican-American and they tell me that in their house, they weren’t allowed to speak Spanish. Their parents were like, ‘No. You have to talk in English.’ So, they lost it.”

“We’ve always been stereotyped,” Barrera says. “But these stories and these voices that have been put to the side are now the center of a story.” She describes the experience of making Vida as eye-opening — there’s a feeling on the set that the project is greater than any one of the careers involved. “I feel like, you move to L.A. and you get your first job and you’re like, ‘Oh my God.’ You’re so excited for yourself. But for me, I couldn’t even think about that. I was like, ‘Okay, this is a responsibility. I am representing a community that I feel a part of but I don’t actually belong to.’” As Barrera points out, it’s very different to be a Mexican than it is to be a Mexican-American; a designated other in both cultures, an exile at home in the hybrid. “But in the end, we share that history and that culture and the traditions because everything that you see on the show, the señoras, the food, the words, the slang, the language, everything … I feel like it’s mine.”

+Comments Leave a Comment
Melissa Barrera Is New in Town