When it comes to dressing well, a common learning curve is the transition from accumulating flashy, fast-fashion buys to curating quality, staple pieces. Eventually, many of us learn to hunt for items that will earn their keep stylistically. Creative producer Taj Reed (who also dabbles as a photographer, on-camera talent, and podcaster) is familiar with this lesson. “I regularly edit my closet,” he says, “so it’s important to have some forever pieces to maintain consistency in my look.” Overall, he says his style embodies a “contemporary timeless” approach, but he’s open to taking risks in moderation.

For the foundational clothing that centers Reed’s wardrobe, MR PORTER offers a stylish solution: The retailer’s Mr P. label consists of “future classics inspired by well-dressed men, past and present.” Seasonal capsules include sharp yet easy-to-wear essentials, designed with thoughtful cuts and details. “The attention to fabric and fit allows anyone to adopt these pieces into their own look,” says Reed. Below, the multi-hyphenate shows off four future-proof looks that make the most of these closet MVPs. 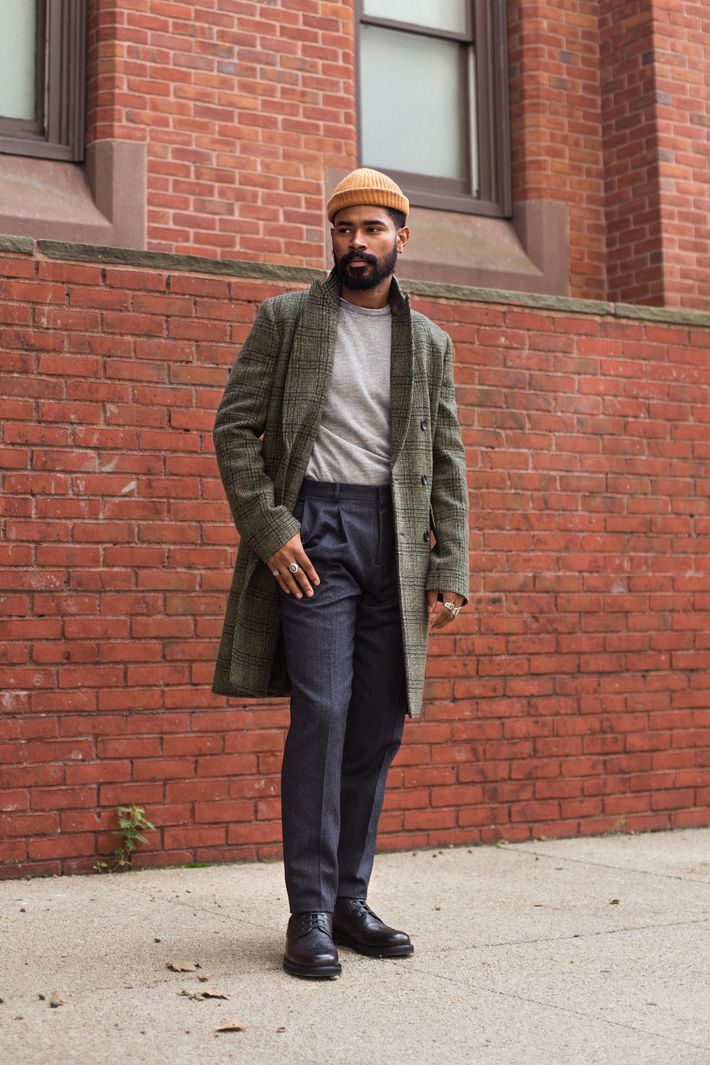 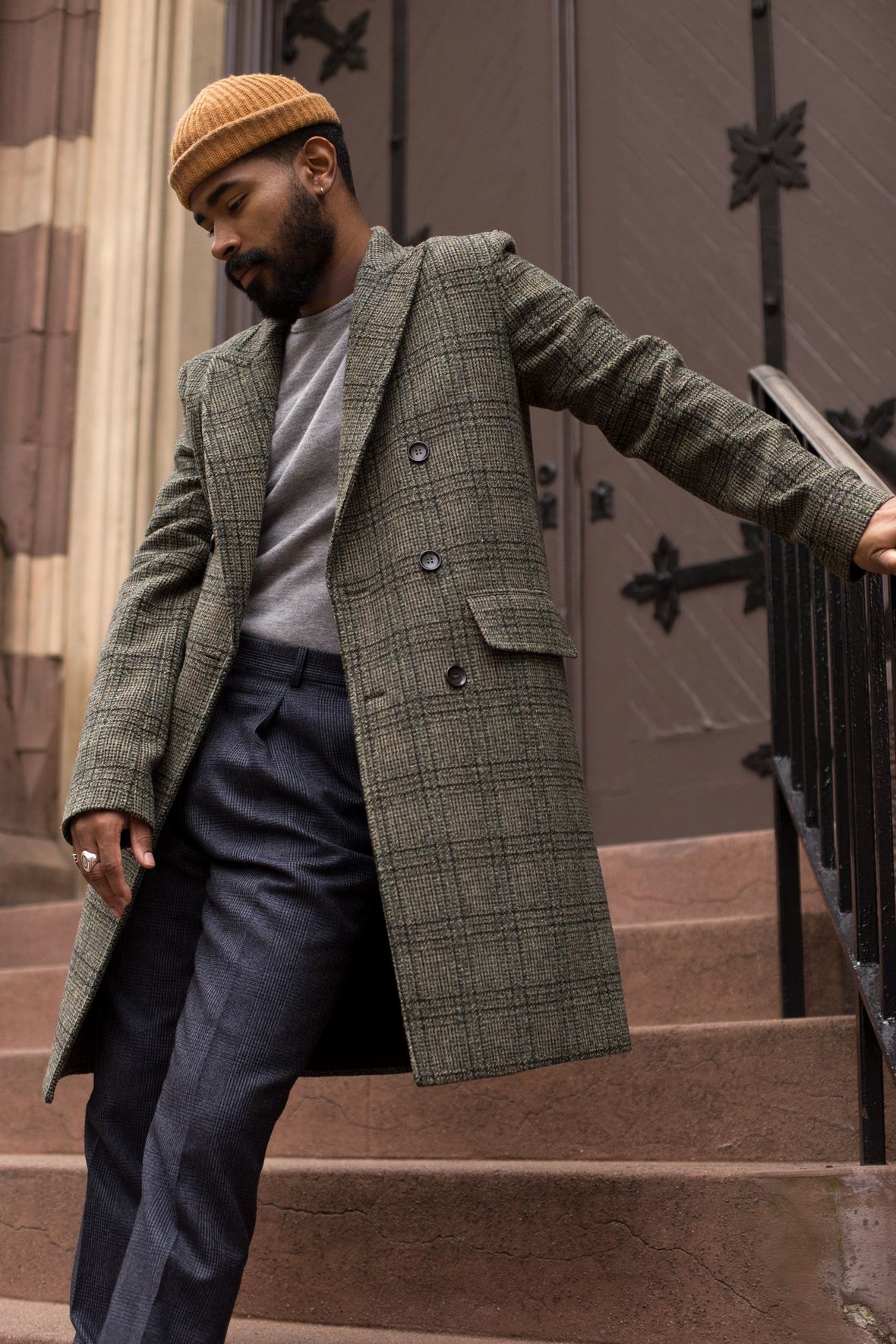 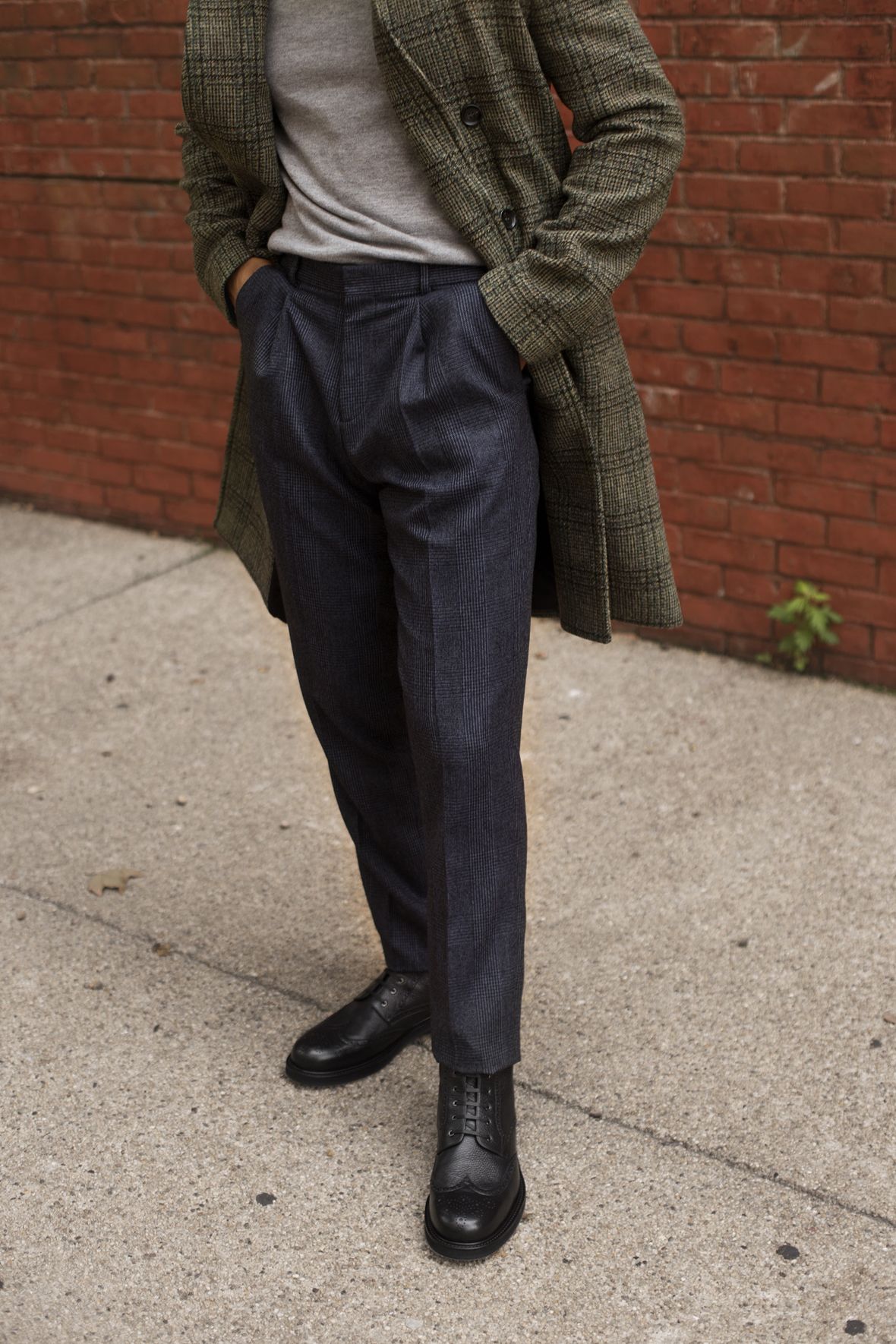 “Long coats have been en vogue since before Prohibition,” says Reed. “They’ll always look good and are versatile enough to work with different styles and trends.” For that reason, he likes to make them the star of an outfit: “I like that this overcoat has a longer sleeve, giving it a more contemporary vibe. Pairing it with the leather brogue boot completes the look in a way that’s sophisticated but still chic, because, you know, sometimes chic is necessary.” 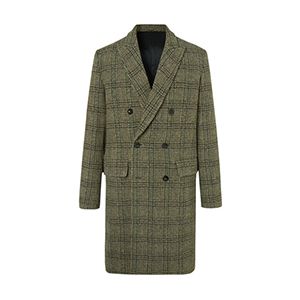 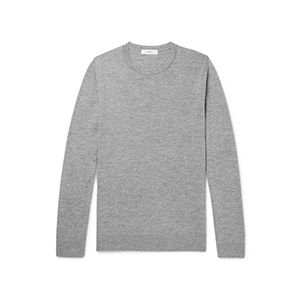 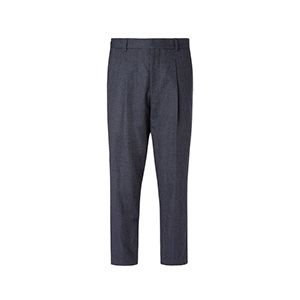 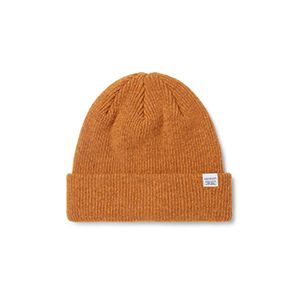 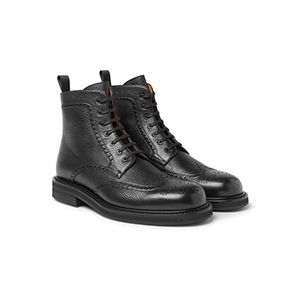 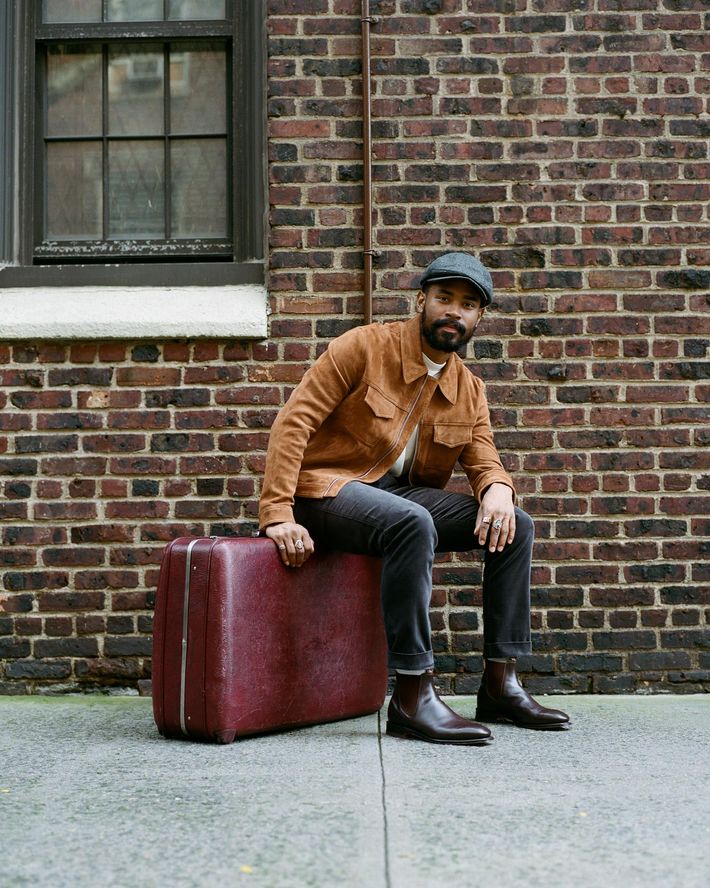 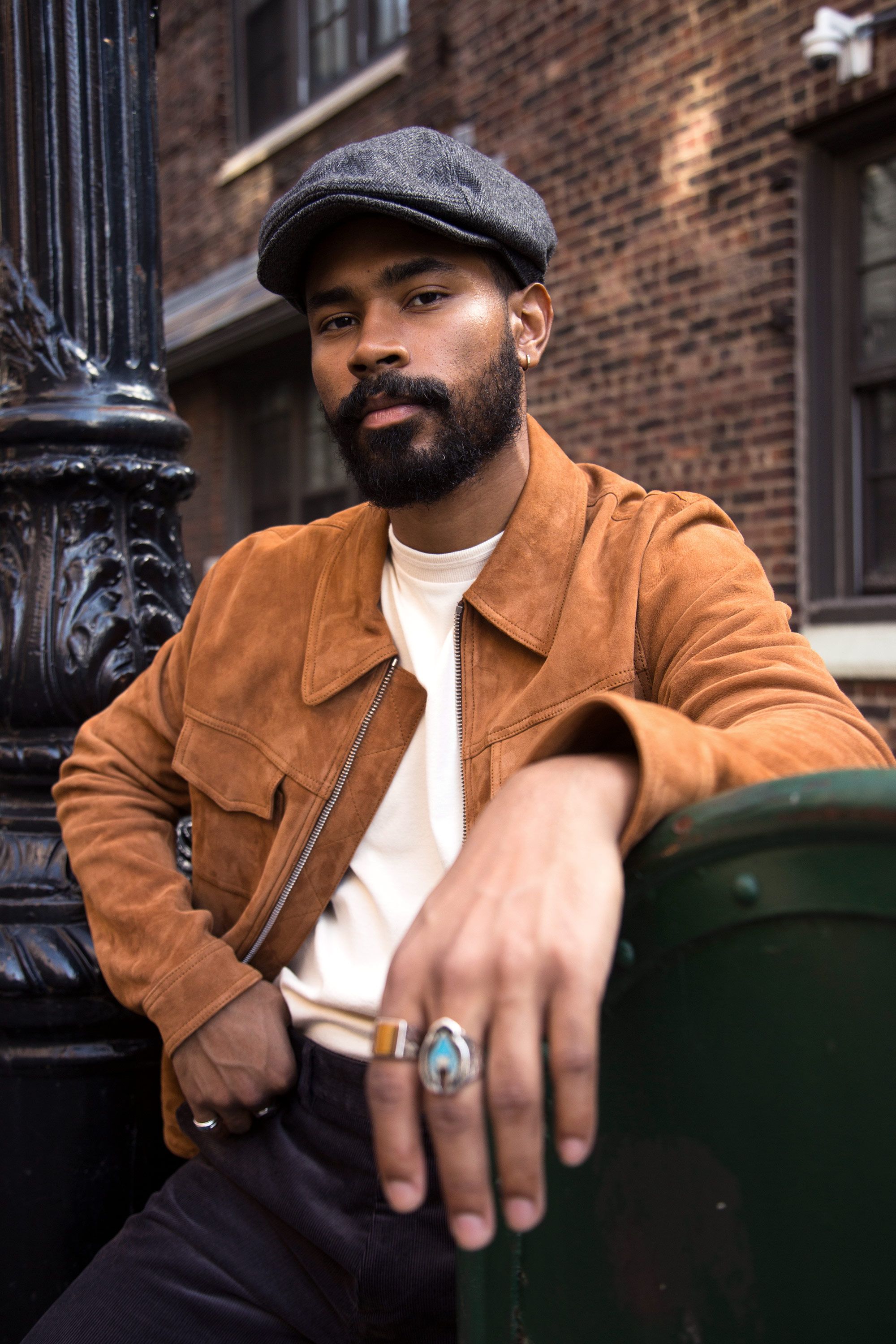 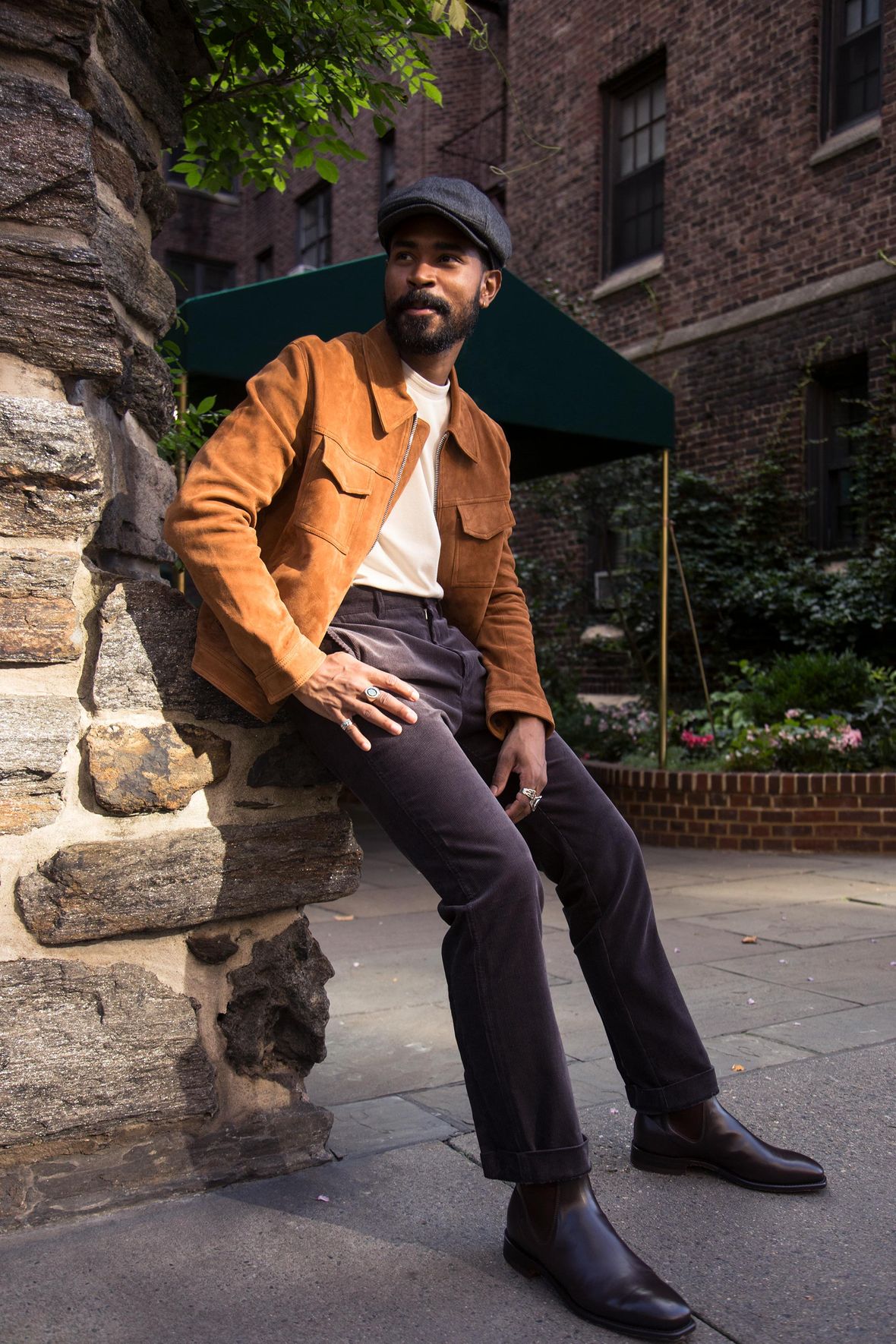 “Suede and corduroy were made to be worn together,” says Reed. “I don’t actually know that to be a fact, but the combo has never let me down.” He adds: “Mixing really luxurious fabrics is a simple way to elevate a color-blocked look, and this suede Western jacket is pure butter.” Acknowledging the mix of references and accessories shown here, he says it’s important, when considering personal style, to prioritize self-expression over trends. “Be brazen in adding touches that are you, or you’ll look like the archetypal flavor of the era.” 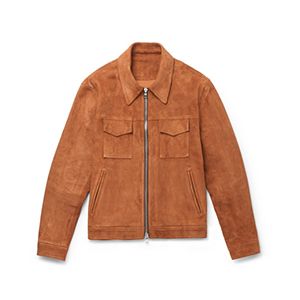 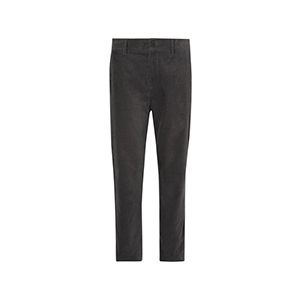 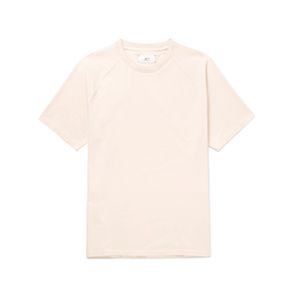 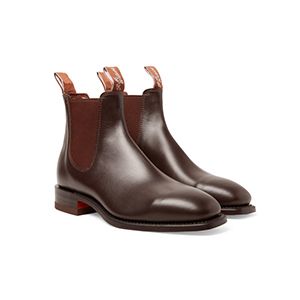 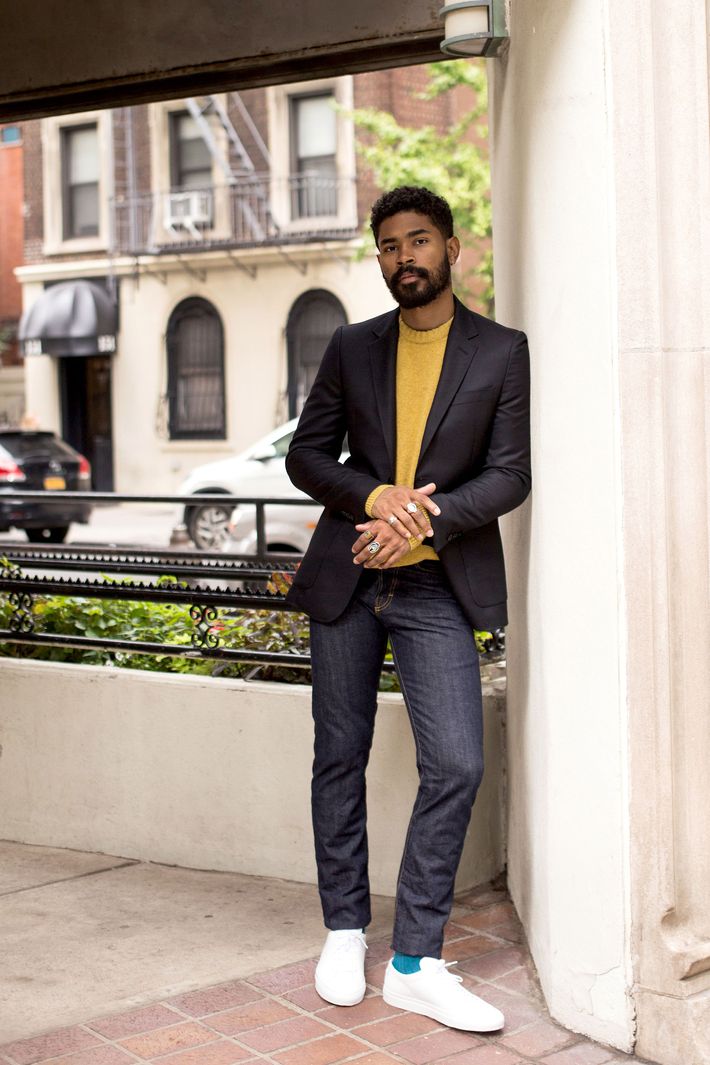 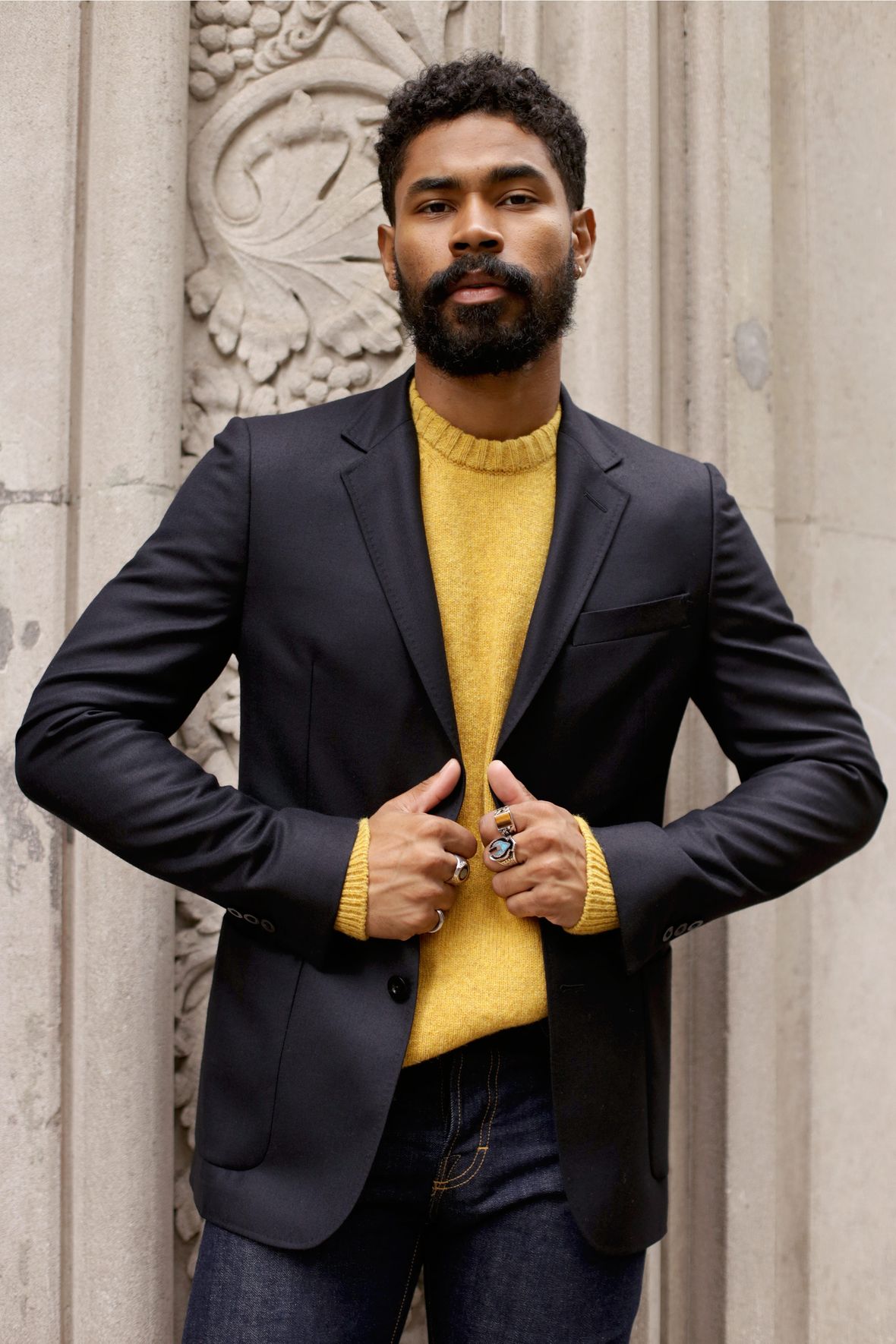 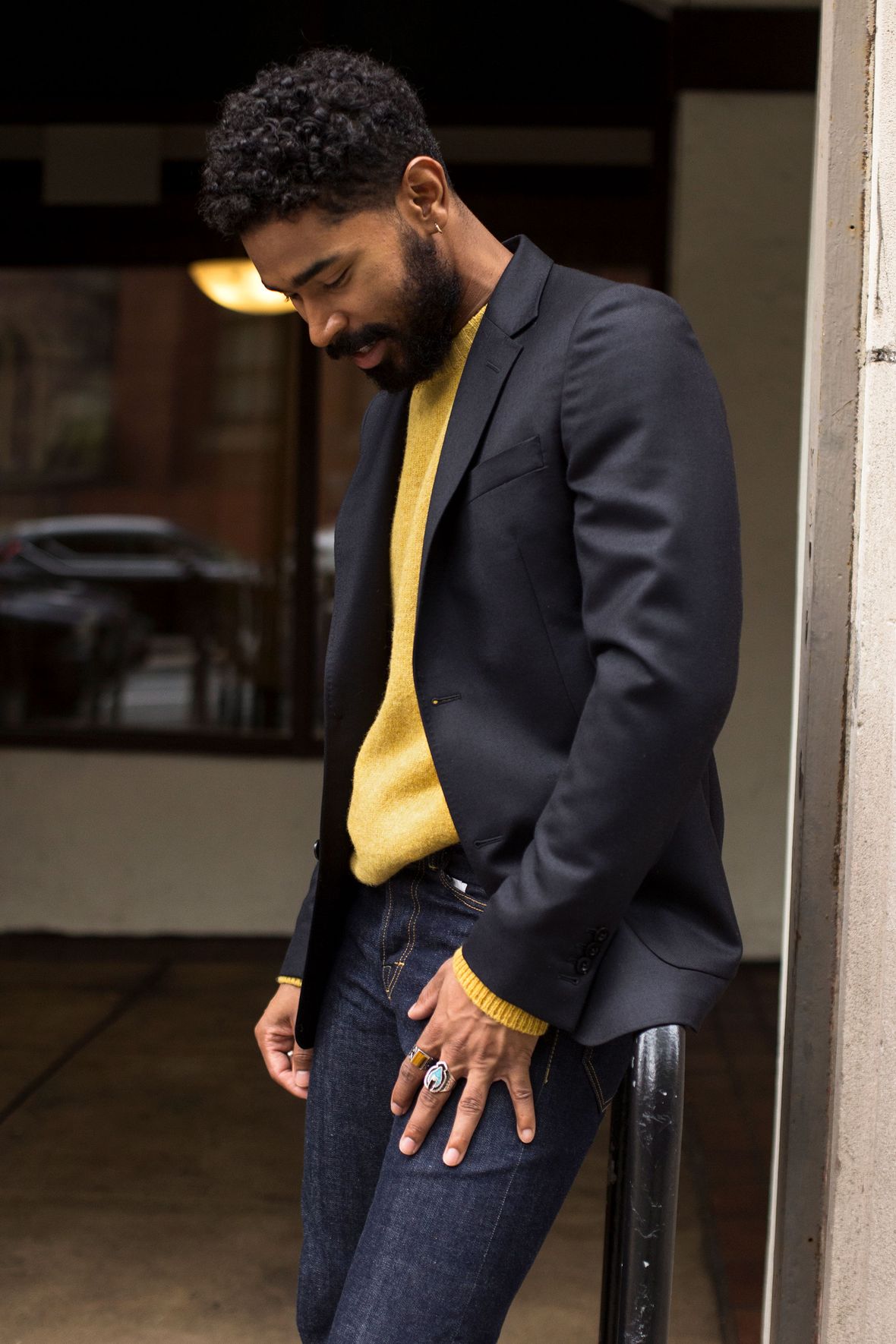 Reed says he’s developed his style by absorbing diverse inspiration: “My observations are varied and largely unbiased, which has informed the eclectic way I dress.” Fear of bright color, therefore, is a non-issue. “Pops of color can work really well around classic formulas, like jeans and a blazer,” he says, referring to the golden sweater and teal socks that shine here. The unexpected brightness updates a straightforward — but still polished — look. 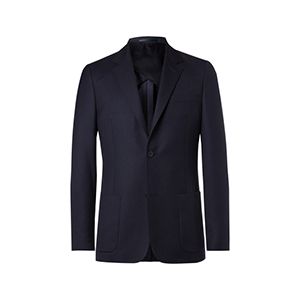 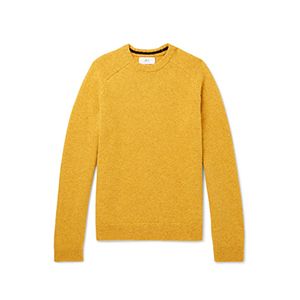 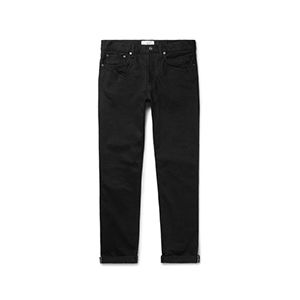 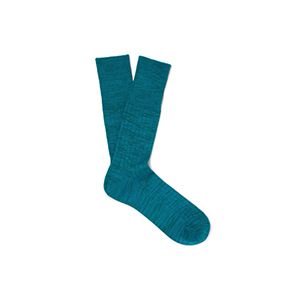 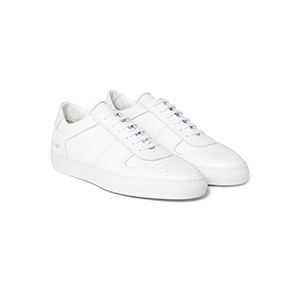 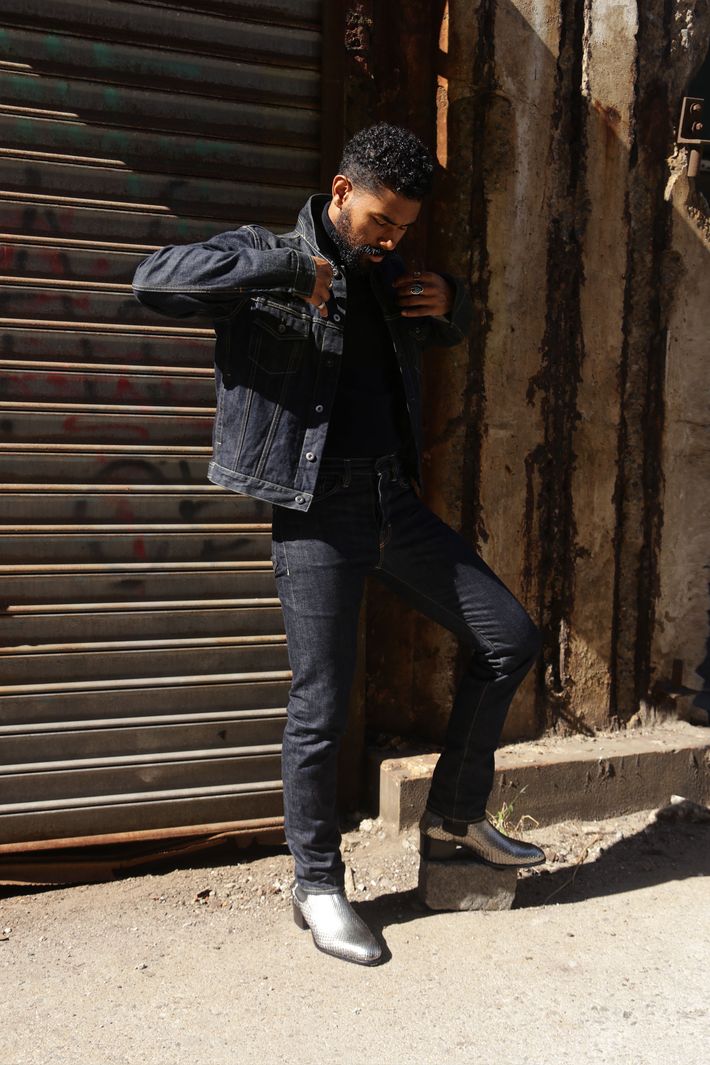 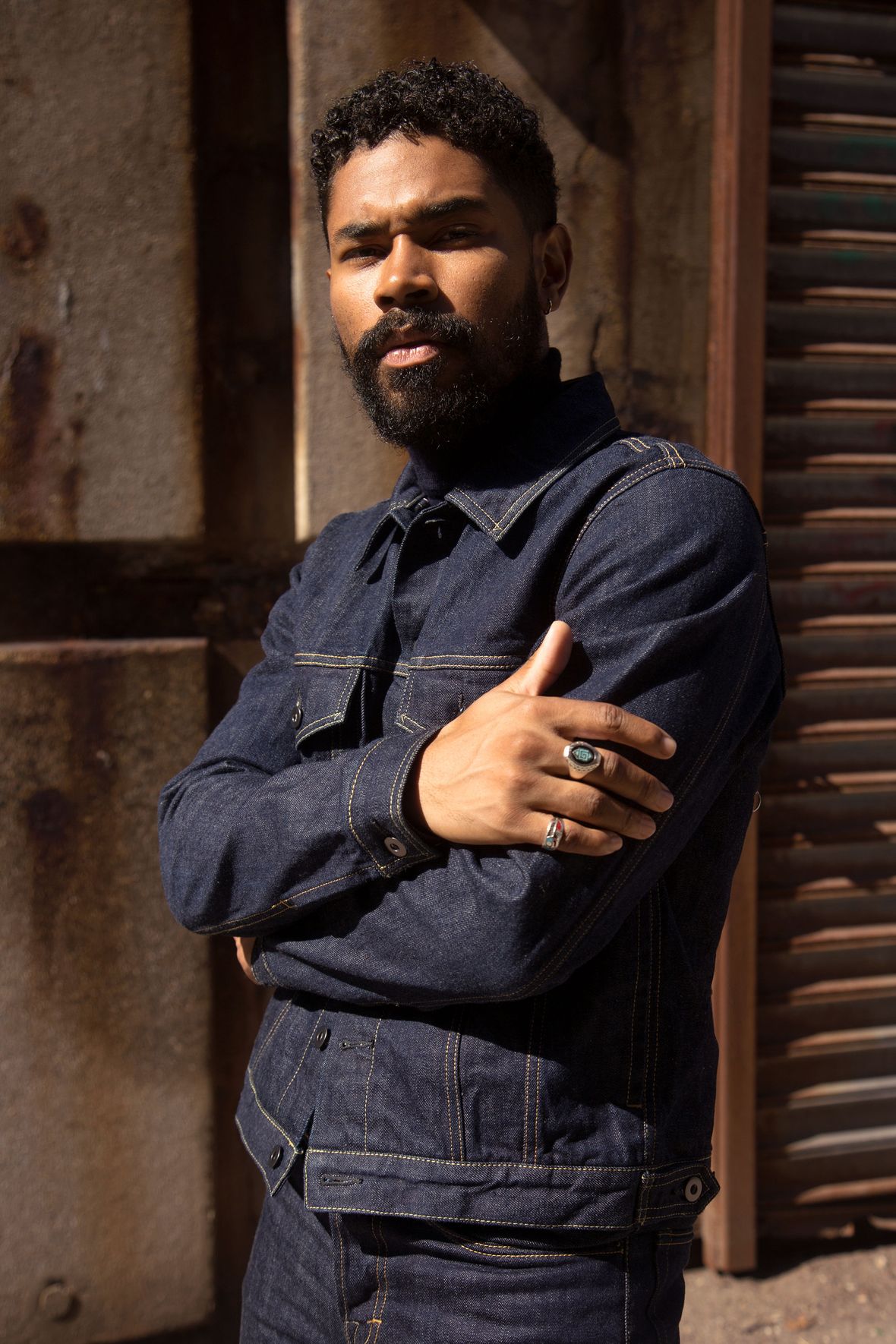 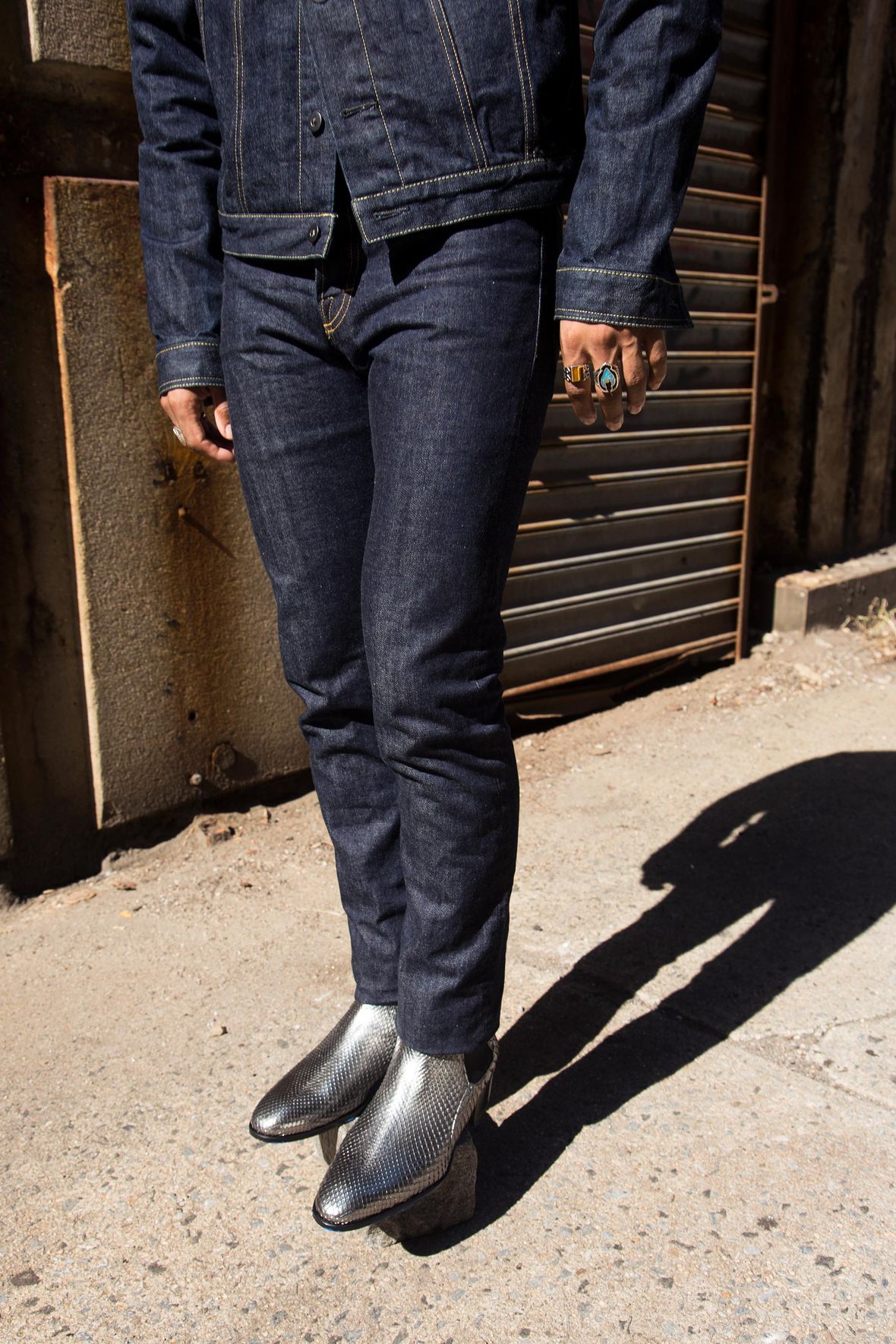 Reed says his look has matured from the accessory-heavy, boho-rocker phase of his early 20s, but he’s still inclined toward an eccentric touch here and there — hence the silver python boots. Today, he thinks denim-on-denim is for everyone: “Pairing the look with a collared shirt or a sweater like this merino rollneck adds a layer of sophistication. I turned 30 this year, so that’s suddenly important.” As for assembling the “tux,” he advises making sure the top and bottom are complementary, as with a traditional penguin suit. 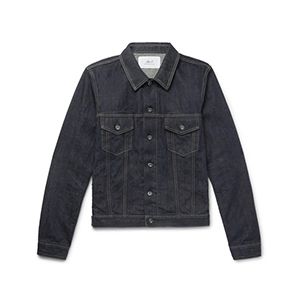 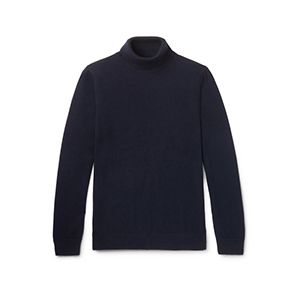 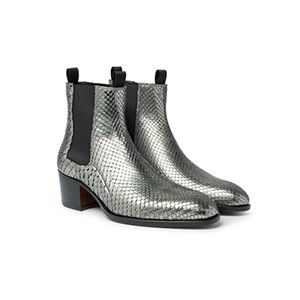 +Comments Leave a Comment
Mr. P’s Latest Capsule is a Collection to Get Excited About
celebrity 5:10 p.m.
Lindsay Lohan Is Engaged See the announcement and the ring!
culture 3:35 p.m.
Celebrities Remember Virgil Abloh Drake, BTS, Hailey Bieber, and more celebs honor Virgil Abloh on social media.
spring fashion 2017 3:27 p.m.
What Does Virgil Abloh Know? His haute-streetwear line Off-White has a cultish following, but the clothes aren’t the point.
By Carl Swanson
obituary 2:52 p.m.
Virgil Abloh, Trailblazing Fashion Designer, Dies at 41 The designer, who brought American style to Paris at Louis Vuitton and created a sensation with his own label, Off-White, had a rare form of cancer.
By Matthew Schneier
kim and pete 1:22 p.m.
Yep, This Is Still Happening Kim and Pete continue their restaurant tour of America.
house of gucci 10:00 a.m.
Would You Buy This Bag Patrizia Reggiani Designed? As a condition of her 2014 release from prison, Lady Gucci got a job.
black friday 2021 Nov. 26, 2021
Do you like sales? Right this way… All the sales from J.Crew, Macy’s, Outdoor Voices, and more.
house of gucci Nov. 26, 2021
The Real Stars of House of Gucci Are the Powerful Noses We love seeing the schnoz get the appreciation it deserves.
black friday 2021 Nov. 26, 2021
The Best Black Friday Fashion Deals, All in One Place Major deals from Net-A-Porter, Everlane, Lululemon, and more.
black friday 2021 Nov. 26, 2021
All the Best Black Friday Deals at Target Adding to cart is my religion.
black friday 2021 Nov. 26, 2021
All the Best Beauty Black Friday Deals Tom Ford, Sunday Riley, Briogeo, and more.
By Kathleen Hou
house of gucci Nov. 26, 2021
A Studio 54 Doorman Tells Us How to Get In The club keeps coming up in pop culture, from Netflix series to House of Gucci. Bobby Sheridan takes us back.
By Claire Lampen
¡hola papi! Nov. 26, 2021
‘I’m So Insecure in My Bisexuality’ It sounds like you yourself have some internalized tropes about bisexuality to work through.
By J.P. Brammer
black friday 2021 Nov. 26, 2021
All the Best Black Friday Deals on Amazon These are all the best Black Friday deals on Amazon in fashion, tech, and beauty.
what's this? Nov. 25, 2021
So You Want to Talk About the Supply-Chain Crisis Everything you need to know about holiday shopping, shipping delays, and why everything is out of stock.
fixations Nov. 25, 2021
I Think About This a Lot: Lady Gaga Edition Talented, brilliant, incredible, amazing, show-stopping, spectacular, never the same, totally unique, completely not ever been done before …
tis the season Nov. 25, 2021
Every TV Show Needs a Good Holiday Episode If you’re still thinking about the time Aaron Carter said, “Merry Christmas, Lizzie McGuire,” you might love the rest of these too.
$$$ Nov. 25, 2021
Patrizia Reggiani Really Loved Being Rich Some actual quotes from the ex-wife of Maurizio Gucci that prove she is the perfect villain.
shopping Nov. 25, 2021
Glossier’s Black Friday Sale Everything from the milky cleanser to the new eyeshadow palettes are on sale.
tis the season Nov. 25, 2021
46 Gifts for the Dad Who Doesn’t Want Anything He’ll love a new sweater, cozy slippers, or a fancy coffee maker.
By Andrew Nguyen