Everybody is still fighting winter blues with tons of color. Risk-takers like model Flaviana Matata and shoe designer Angela Simmons showed up to the functions in showstopping red outfits, and stylist Tina Leung was playful in a head-to-toe pink ensemble. Yolanda Hadid sported a cool layered blue look at the launch of 7 Moncler Fragment Hiroshi Fujiwara. At the launch of the Vivienne Westwood and Burberry collaboration, Winnie Harlow did her own thing and opted for a sexy black dress. Who wore the best look? Scroll to see everyone below.

At the Coach pre-fall 2019 after-party in Shanghai.

At the Burnett New York pre-fall 2019 presentation in New York.

At LensCrafters’ holiday dinner at Casa Apicii in New York.

At the launch of 7 Moncler Fragment Hiroshi Fujiwara in Soho, New York.

At the FORWARD by Elyse Walker x Jonathan Simkhai dinner during Art Basel in Miami.

At the Bloomberg 50 Gala in New York.

At the Hotel Vivier party hosted by Roger Vivier in New York.

At the What Goes Around Comes Around 25th anniversary bash at the Versace Mansion during Art Basel in Miami.

At The Hole x Wilhemina x Lyft party at Nautilus, a SIXTY Hotel, during Art Basel in Miami. 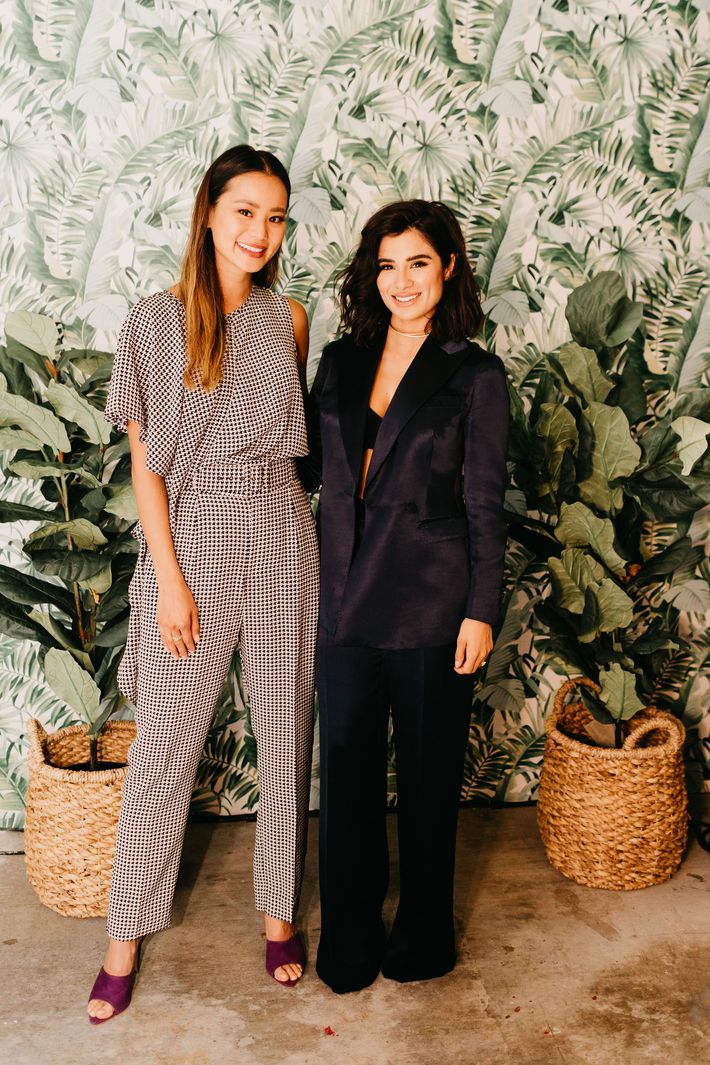 At the “Create & Cultivate Vision” Summit inside the Home Depot designed Orange Lounge in Miami.

At an exclusive party celebrating Miuccia Prada hosted by Katie Grand and Jefferson Hack in London.

celebrity 7 mins ago
Florence Pugh and Will Poulter Sure Seem Friendly They were recently spotted “hanging out” on a beach in Ibiza.
gift guide 17 mins ago
21 Father’s Day Gifts for the Fancy Man Fancy gifts for fancy dads.
street style 23 mins ago
People-Watching at Frieze New York See the best street style from the art fair.
By Maridelis Morales Rosado

fashion 3:08 p.m.
Balenciaga Took Over New York City. Here Is What Happened. For the first time in nearly 20 years, the French fashion house brought its sharp tailoring to the city.
celebrity 3:05 p.m.
Please Watch Kendall Jenner Try to Walk Up These Stairs The dress she wore to the Kravis wedding made it difficult to move.
i tried it 3:00 p.m.
Can Golden Hour Fix Your Brain? For a week, I attempted to find out.
lawsuits 2:03 p.m.
Bill Cosby Is Back on Trial In 2014, Judy Huth filed a civil suit against the comedian, alleging child sex abuse. Now, the case is going to court.
apologies 1:50 p.m.
Courtney Love Regrets Weighing in on Depp v. Heard “I want nothing to do with contributing more online bullying,” she wrote.
fashion 1:03 p.m.
At Balenciaga, Gloss Kapitale Demna uses money and kinky sex to sell a perfectly good suit.
By Cathy Horyn
exes 1:02 p.m.
Kate Moss Will Testify Wednesday in Johnny Depp’s Trial The supermodel is expected to discuss her romantic relationship with Johnny Depp.
beauty 12:00 p.m.
Honey Pot Meltdown Explained “It’s hard to think that we’re going to use capitalism to do radical things.”
productivity 12:00 p.m.
The Unreasonable Pleasure of To-Do Lists The Unreasonable Pleasure of To-Do Lists
celebrity 11:20 a.m.
Kourtney and Travis Had the Goth Wedding of Their Dreams The lavish Italian ceremony was apparently sponsored by Dolce & Gabbana.
how i get it done 11:00 a.m.
E! Host Nina Parker Isn’t Afraid to Make Mistakes “I’m no longer in a place where I need to be loved by everybody. The right people find you.”
covid-19 10:43 a.m.
When Will Young Kids Be Able to Get the COVID Vaccine? Pfizer says its three-dose vaccine appears to be effective for children under 5.
life after roe 8:00 a.m.
Don’t Trust the DIY Abortion Advice You See on TikTok These are the risks involved.
life after roe 8:00 a.m.
How to Have a Medication Abortion Where to find the pill and what to expect.
life after roe 8:00 a.m.
The Crisis Pregnancy Center Trap And how not to fall for it.
life after roe 8:00 a.m.
The Future of Abortions in America An access map.
By Irin Carmon
life after roe 8:00 a.m.
How to Protect Yourself When Seeking an Abortion Learn your legal risks and take control of your digital privacy.
More Stories