On TV, lawyers always look incredibly glamorous – impeccably tailored pantsuits, gorgeous brocade cocktail dresses, nary a coffee stain or wrinkle in sight. Perfect corporate looks all over the screen. And the best looks are from The Good Fight, the CBS All Access drama starring Christine Baranski as Diane Lockhart. The show returns for season 3 on March 14, and to get us in the mood, we called costume designer Dan Lawson to see how he makes boardroom-approved outfits look incredibly stylish.

“Color, shapes, and line have really been my friends,” says Lawson, who’s predictably a huge fan of tailoring. “My enemies are black and gray because business wear is all black and gray.” When The Good Fight debuted, Lawson says, he heard strong reactions from women who were excited to see corporate-office clothing that wasn’t boring. “There was this revolution, and people were coming up to Christine Baranski and saying, ‘I’m so excited to see this kind of clothing as business wear’,” he notes. Read on to see how you can get six looks inspired by characters Lockhart (Baranski), Lucca Quinn (Cush Jumbo), and Adrian Boseman (Delroy Lindo).

With all the women on the show, Lawson aims to “celebrate the femininity.” Baranski’s original statement suit by Osmond London, shown here with a Max Mara knit, is a great example of balancing masculine and feminine style elements. For your day to day, balance out a bright color like this one with a neutral shirt. 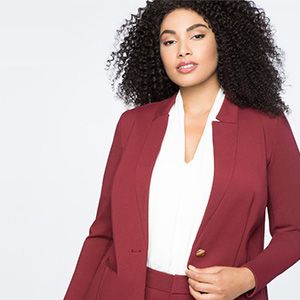 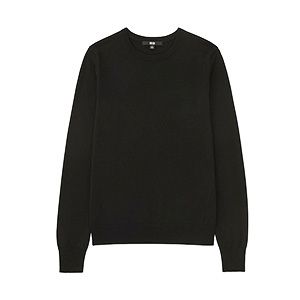 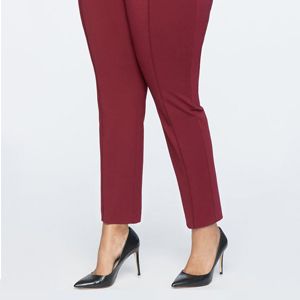 “For Diane, we’ve really gone into metallics,” Lawson says. “If you roll your eyes I’ll hear it through the phone, but I was channelling 16th-century Spanish royalty.” (No eye rolling here!) While this Michael Kors gold and black dress might be a bit much for most people’s offices, the style could play well for a nice work event. 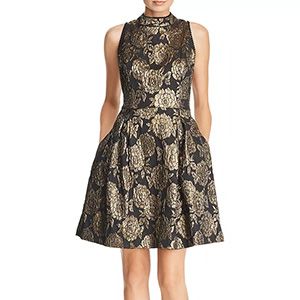 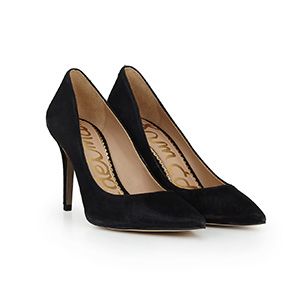 Lawson’s approach to Lucca’s wardrobe is unconventional. “If it looks like a business suit, we don’t want it,” he explains. “The way Cush plays the part, I’m able to go out on a limb a bit with her clothing and use things that are not at all traditional business wear.” The pink coat by Theory is the star in this outfit, with a simple all-black look underneath. Recreate her style with this suede version. 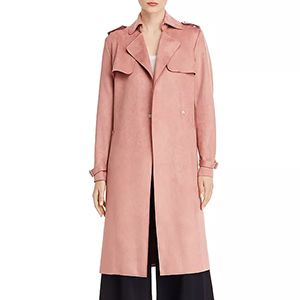 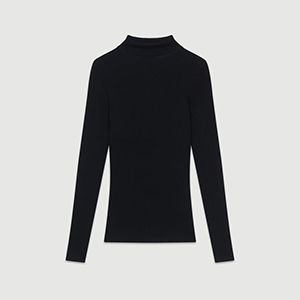 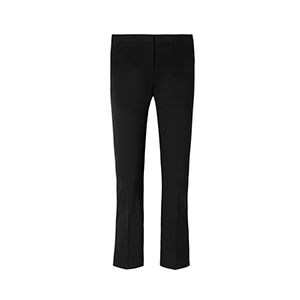 A matching dress and jacket set, like this one from St. John Couture, is a great riff on a suit but can be hard to find. For office life outside a television set, pair a studded dress that has a hint of punk with a cropped jacket. It looks professional, but shows off a little rebellious side. 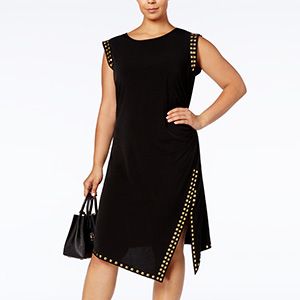 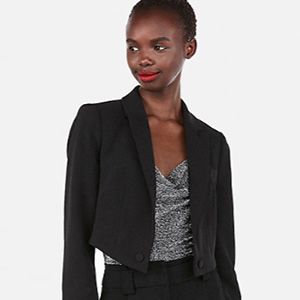 Look, as monotonous as women’s workwear can get, menswear is undoubtedly worse. But Lindo manages to look like a man who’s not only fashionable, but also in charge of his own sense of style. “I was looking at 18th-century dandies and really trying to play up that decadent era,” Lawson says. Not every man can pull off a three-piece suit, but every man should try. Lindo’s lucky enough to have Lawson custom-designing suits for him (accessorized with a Brooks Brothers tie here) but you can get the look for much less. 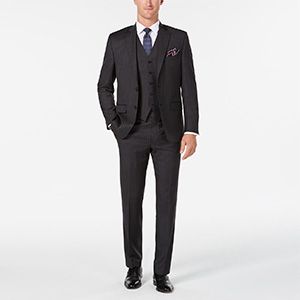 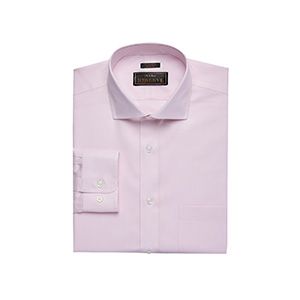 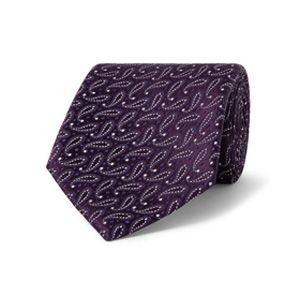 Men’s accessories are few and far between, but a suggestion for any men reading this: try a pocket square. Don’t laugh. Just try it. Delroy’s matching tie and pocket square is just interesting enough to communicate the vibe of: “I am a man who cares. About how I dress and about what I do.” 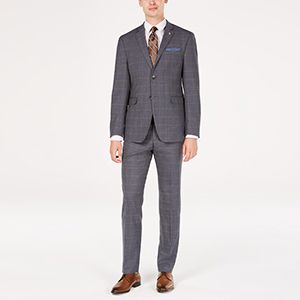 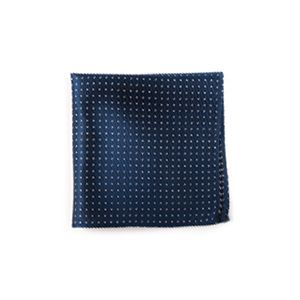 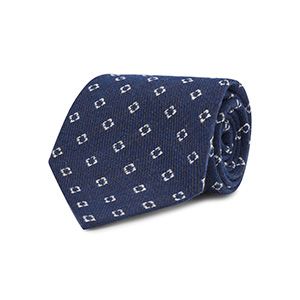 Tune in to The Good Fight on CBS All Access starting March 14 for more fashion inspiration.

See All
reading list 10:00 a.m.
Honey & Spice Is the Ultimate Summer Romance Read Author Bolu Babalola is a “Romcomoisseur.”
self 8:00 a.m.
How to Help Your Friend Through Divorce There’s not a perfect universal script we can use to respond. But here are a few places to start.
in sickness and in health Yesterday at 7:56 p.m.
Travis Barker Is Feeling ‘Much Better’ He said he was hospitalized with “life-threatening pancreatitis” after an endoscopy went wrong.
fourth of july Yesterday at 3:54 p.m.
Highland Park Shooting Leaves 6 Dead, Dozens Injured Police are still searching for the suspected shooter.
extremely online Yesterday at 3:30 p.m.
I Can’t Shut Up About the Barbie Movie Each behind-the-scenes look is a sparkly pink hit of nostalgia and dopamine.
By Mia Mercado
celebrity Yesterday at 1:51 p.m.
Halsey Reflects on the Abortion That Saved Their Life “My abortion saved my life and gave way for my son to have his.”
wait what is happening on tiktok? Yesterday at 10:00 a.m.
Why Does TikTok Want Me to Use My Vagina for Perfume? It’s called “vabbing,” obviously.
how i get it done Yesterday at 7:00 a.m.
How Juliette Binoche Gets It Done The actress tells the Cut about almost drowning while filming, her favorite chocolat, and why she doesn’t watch movies before bed.
By Jenna Mahale
astrology July 3, 2022
Madame Clairevoyant: Horoscopes for the Week of July 4 Late Monday night, action planet Mars enters Taurus and invites us all to settle in for a long haul.
By Claire Comstock-Gay
sex diaries July 3, 2022
The Queer Divorcé Exploring Polyamory This week’s sex diary.
lawsuits July 3, 2022
Amber Heard Asks the Court to Set Aside the Defamation Verdict A new filing from her attorneys claims the verdict was not supported by evidence.
celebrity July 3, 2022
Ricky Martin Denies Allegations Resulting in a Protective Order A rep called the allegations “completely false and fabricated.”
congrats! July 3, 2022
Lindsay Lohan Is Now a Married Woman “I am the luckiest woman in the world.”
day in the life July 1, 2022
The Anti-Wedding Wedding Planner Everything it takes to throw a “love party.”
for your consideration July 1, 2022
The Best Way to Spend the 4th of July Tips for enjoying the long weekend when you’re not in the mood to celebrate America.
parties! July 1, 2022
Selena Gomez, Emily Ratajkowski, and More of the Bestest Party Pics This Week This week: Marc Jacobs’s fall 2022 presentation, NFT parties, and Pride celebrations.
instagram worthy July 1, 2022
Expensive Elopements Are the New Dream Wedding The more elaborate — and exclusive — the better.
By Kate Willsky
fashion July 1, 2022
Virgil Abloh’s Vision, on Full Display at the Brooklyn Museum We chatted with “Figures of Speech” curator Antwaun Sargent, who worked on the exhibition with Abloh before the designer’s death.
power July 1, 2022
Everything to Know About the WNBA Star in Russian Custody Legal experts say Brittney Griner’s trial is likely to end in conviction.
explosions July 1, 2022
Goop Candles Continue Their Campaign of Terror in the Hamptons Two men reportedly caught fire in a Sag Harbor Goop store.
More Stories