Sara Hall didn’t plan to spend the past 14 years as a professional long-distance runner. “I never pictured being this as long as I have,” the 36-year-old says, “but I’m enjoying this career the most I ever have.” Early on, the Santa Rosa, California competed at Stanford, where she met her now-husband and coach, Ryan Hall, a former record-breaking marathoner. Now, she’s looking toward the USA Track & Field marathon team trials in February 2020 (she’s made it to the finals three times before). Behind her is a trail of setbacks and shattered expectations: “This career hasn’t been all linear and success,” she says. In April, Hall came off her two longest-ever injuries (to the sacroiliac joint and peroneal tendon) to place a disappointing 15th in her Boston Marathon debut. Less than a week later, she placed second at the U.S. half marathon championships.

If the recent rallying of the public around the U.S. women’s national soccer team is any indication, it’s a momentous time to be a woman defying expectations in sports. And whether it’s pointing out discriminatory rules or winning despite the odds, these athletes understand the indispensability of a team behind them. As a marathon runner (could anything seem more solitary?), Hall relies on her own team in the form of her husband and daughters; she and Ryan adopted four biological sisters from Ethiopia in 2015. Hall’s family, she says, is her ultimate power source. Here, the Arizona-based elite runner talks about how that support, along with her competitors, fans, and her longtime sponsor ASICS, has given her a new kind of strength at this golden stage in her career. 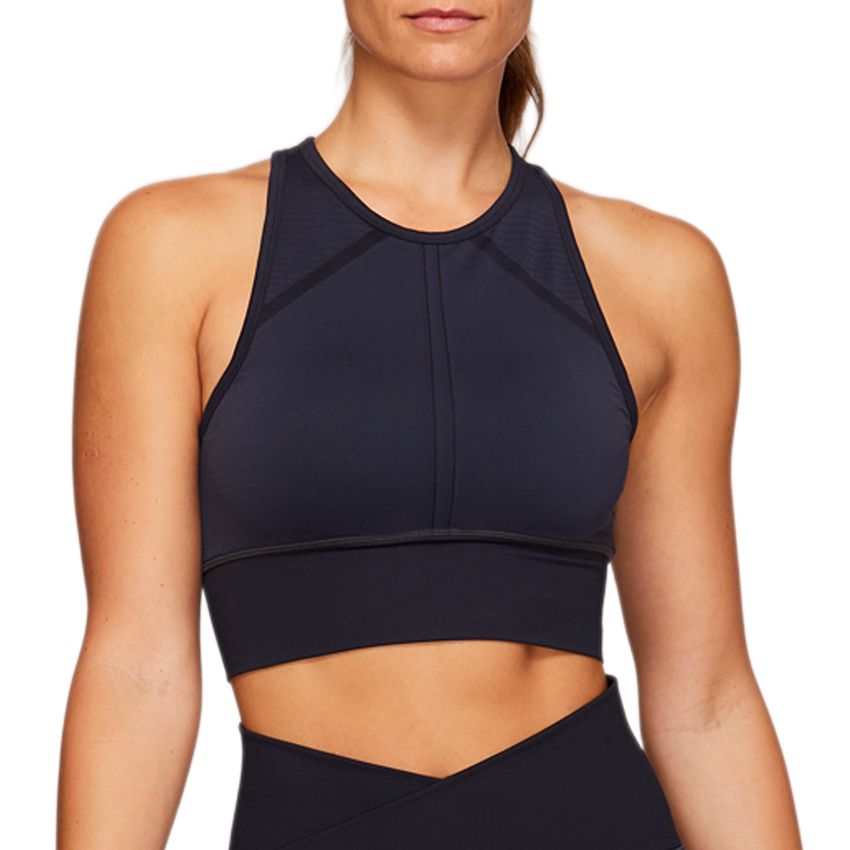 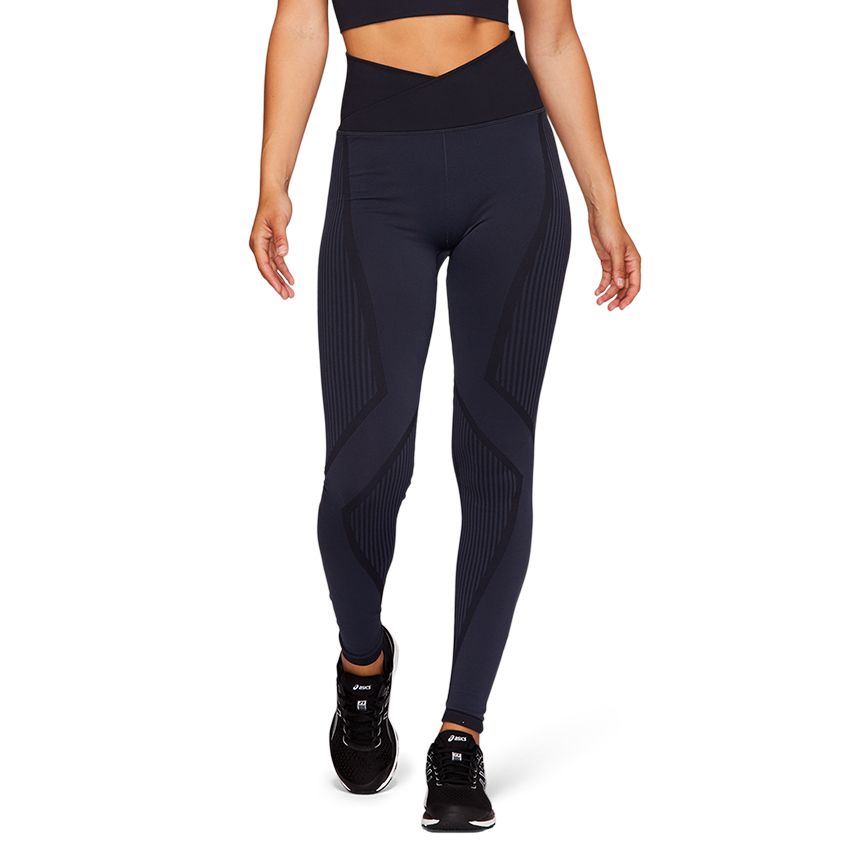 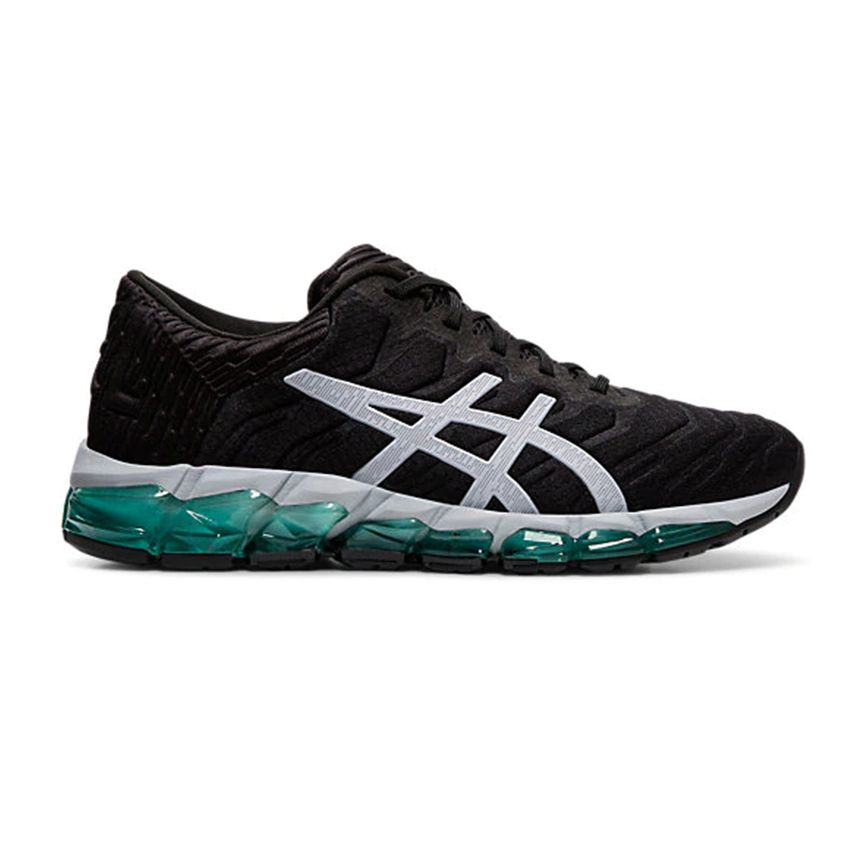 How college teammates helped her get her start: In high school, I pretty much trained with the boys, but going into Stanford, I knew I’d be training with women. [Stanford was] one of the best programs in the nation, and I wasn’t sure what that was going to be like, but I was really blessed to have two teammates, Alicia Shay and Lauren Fleshman, who I’m still friends with to this day. We had such a great dynamic where we were working together and helping each other. When one would have a good day and they’d want to take off in a workout, they’d hold back and be pulling the other person along instead, which is really rare. We would even finish races side by side quite often. It was really empowering to see how when you elevate people around you, it elevates you.

It was really empowering to see how when you elevate people around you, it elevates you.

Her opinion of the women she competes against: It’s really neat to see the camaraderie among the American distance women. As careers get longer and we’ve been on the circuit so long, we’re all friends by this point. We’re genuinely all encouraging each other and excited for one another. Distance running is by far the best it’s ever been, especially on the women’s side and the marathon in particular, and we just keep feeding off each other raising the bar. Obviously when we’re in a race we all want to beat each other, but there’s a mutual respect and really being happy for people when they succeed, which has been awesome.

Why becoming a mother has helped her connect with fans better: People can relate to me more as a mom trying to do this sport, which is difficult. I didn’t think I would want to continue to do this when I was a mom because both things are all-consuming, and I thought I’d be torn between them. But as I struggle to work out [that balance], other moms will now chime in with their encouragement and advice. Instead of motherhood being the end of my career, it’s been quite the opposite. My kids are my biggest fans and are really behind me continuing to do this. And since I’ve been a mom, I’ve improved every year in the marathon and half marathon.

Distance running is by far the best it’s ever been, and we [women] just keep feeding off each other raising the bar.

How she’s training her daughters for life: We didn’t want to force them into doing what we do. Running is definitely a sport you need to have that inner drive for. When we first met our oldest and told her we were runners, she told us she wanted to be one, too, which was surprising because she was not athletic at all. But she knew about runners from watching [her native country, Ethiopia’s] national heroes on TV, legends like Tirunesh Dibaba and Kenenisa Bekele. Since she was interested, we eased her into it, and she really had the fire from the beginning.

Running has been a massive empowering thing for her to feel confident about. She couldn’t run 400 meters when we first met her, and three years later she’s an Arizona state champion. She’s worked incredibly hard — she just puts her head down and grinds. There’s a phrase in Amharic, izosh, that means to be strong, and the runners from Ethiopia say it to each other and we say it to our girls, they say it to us, and we’re creating that culture as a family, that grittiness. They’ve helped me in that way, too.

The role her children play in her professional life: Being a mom to four kids is definitely not, like, performance-enhancing, but on the other side of it, their support has really spurred me on. In my last race, I’m running behind the lead car, and they’re filming us, and I know my kids are getting up at 4 a.m. to watch me live, and I want to make them proud. I want to run in a way that’s courageous and really models the things I want to instill in them, which is the awesome part about doing this as a mom. As much as there are challenges, the upside is I get to model, through my actions, perseverance and resilience — picking yourself back up over and over, working hard, not being afraid to do hard things or go after big goals, putting yourself in scary situations.

I want to run in a way that’s courageous and really models the things I want to instill in [my kids] … perseverance and resilience.

What sponsorship has meant to her: One hundred percent, the reason I’m still doing this is because of ASICS’ support through the rough patches when I was thinking of hanging up my spikes because I wasn’t performing at the level I felt I should. For me, I’m motivated by positive things, and they’ve stood by me loyally for 14 years. Knowing they’re in my corner, good or bad, inspires me to run better — that unconditional support has allowed me to run more fearlessly, take risks, and achieve the high heights I have. Their “sound mind, sound body” motto is something I really identify with — caring for the whole athlete, not just the physical, but also the emotional, spiritual, mental side of the sport.

The gear that helps her be her best: I’ve had a lot less injuries than most people, and I think a lot of that is because ASICS footwear has [helped keep] me healthy for a long time. That product has literally fueled my training for years. As far as apparel, I’m super-excited about The New Strong™ Collection from them. I pretty much don’t buy clothes anymore — I can just wear my running clothes all day long because they look so good.

All images courtesy of ASICS.

+Comments Leave a Comment
What Keeps This Elite Marathon Runner Pushing Forward
pfw spring 2023 5:30 p.m.
A Comedy of Errors at Paris Fashion Week This has been an utterly ridiculous Paris season, in the best and worst sense. And it’s not over yet.
By Cathy Horyn
fashion 5:29 p.m.
How Bella Hadid’s Spray-on Dress Was Made We were just as confused. So we found out.
celebrity 5:04 p.m.
Angelina Jolie Claims Brad Pitt Choked One of Their Children In her countersuit against Pitt, Jolie also alleged he poured beer on her and their children during the 2016 plane incident.
power 4:24 p.m.
‘Pro-Life’ Candidate Denies Report That He Paid for an Abortion Herschel Walker’s own son denounced him after an alleged ex-girlfriend told the Daily Beast that Walker had paid for her abortion.
always shopping 3:30 p.m.
12 Best Pairs of Leggings for Running in the Winter We spoke with runners to round up the warmest leggings so you don’t have to.
blackpink 3:01 p.m.
What’s Going on With BLACKPINK’s Leaked-Photo Drama? Everything to know about Jennie and V’s photo leak.
style 2:54 p.m.
Gigi Hadid Called Out Ye for ‘Bullying’ After His YZY Show Ye went after Vogue contributing editor Gabriella Karefa-Johnson on Instagram after she disapproved of his “White Lives Matter” shirt.
always shopping 2:30 p.m.
The Cut Shop’s Favorite Black Boots The kind you can wear every day.
divorce rumors 2:22 p.m.
Gisele Bündchen and Tom Brady May Be Over for Good A new report claims Bündchen and Brady have hired divorce attorneys.
breakout 2:00 p.m.
Paulina Alexis Doesn’t Care If You Think She’s ‘Too Rez’ The Reservation Dogs actress won’t let anything — or anyone — get in her way.
By Simon Moya-Smith
ask a boss 12:00 p.m.
‘How Do I Say No to Administrative Tasks That Aren’t My Responsibility?’ Once you start doing them it can be hard to stop, because you become the person with the track record of doing them well.
q&a 11:57 a.m.
Lio Tipton Is Still Processing The A Friend of the Family actor breaks down their approach to the true-crime genre.
rip 11:08 a.m.
Loretta Lynn, Country Legend, Dead at 90 Her raw and feminist country songs influenced generations of performers.
culture 10:15 a.m.
Where Did Don’t Worry Darling Go Wrong? Hollywood feminism strikes again.
first person 9:00 a.m.
Easy Target I was harassed and assaulted in broad daylight. Would bystanders have intervened if I was white?
By Vanessa A. Bee
"try everything" — shakira 8:50 a.m.
Bye, Guy In their first video as an official trio, the Try Guys say they were just as shocked by Ned Fulmer’s behavior as you were.
cut covers 8:00 a.m.
The Pain and Glory of Cori Bush In less than two years, the congresswoman built a base of power in D.C. by wearing her hardships on her sleeve.
By Rita Omokha
wtf Yesterday at 7:16 p.m.
Everything We Know About Kanye West’s Harmful YZY 9 Show At his YZY 9 show, West printed on shirts a slogan used by white-supremacist groups.
review Yesterday at 6:38 p.m.
Balenciaga Says, ‘Here’s Mud in Your Eye’ Demna toasts the wild and real.
By Cathy Horyn
power Yesterday at 5:57 p.m.
Iranian Forces Led Brutal Crackdowns Against University Protestors Despite forceful government intervention, women continue to take to the streets in defiance of government orders.