With the 25th Annual Screen Actors Guild Awards taking place in Los Angeles this week, all of the celebrities were partying in their best evening gowns and suits. At Netflix’s after party, Danai Gurira wore white feathers to accompany her new trophy, and Timothée Chalamet wore a spotted shirt and leather pants. Elsewhere in Los Angeles, Angela Bassett donned a witchy outfit perfect for reprising her Coven role. Meanwhile, outside of the SAG Awards, Busy Philipps wore a gorgeous skirt and pink turtleneck at a dinner in New York City, and Jessica Chastain wore an elegant green gown to an event with Saks Fifth Avenue. Who wore the best look? Scroll to see everyone below.

At the Entertainment Weekly Pre-SAG Party at Chateau Marmont in Los Angeles.

At the Entertainment Weekly Pre-SAG Party at Chateau Marmont in Los Angeles.

At an intimate dinner with Saks Fifth Avenue to celebrate the opening of L’Avenue at Saks in New York City. 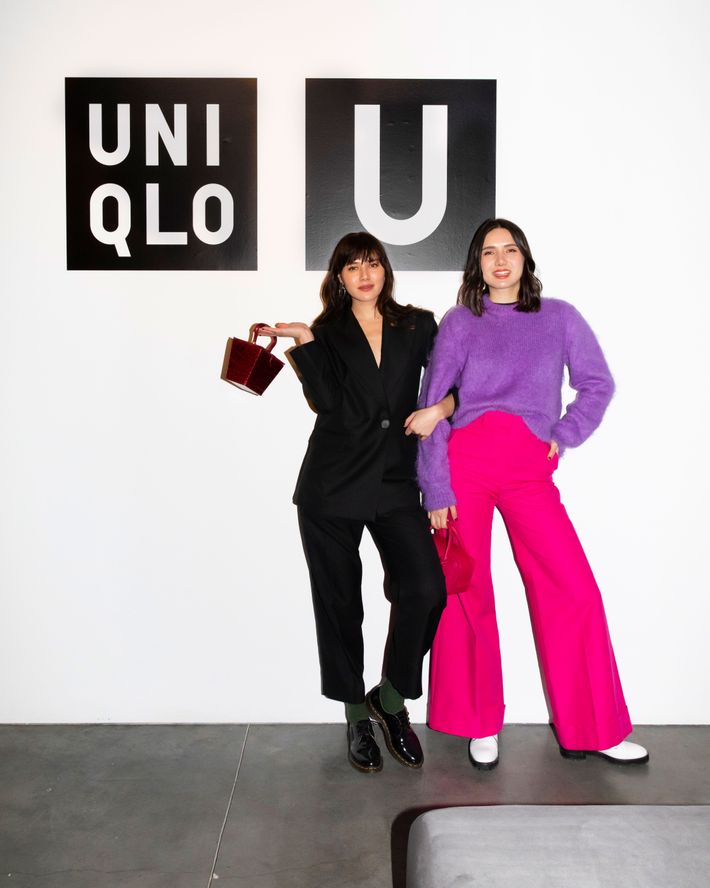 At a New York City cocktail party to celebrate the UNIQLO spring/summer 2019 collection with Uniqlo and Chanel Iman.

power 13 mins ago
All of the Allegations Against Kevin Spacey The actor is on trial in New York for battery and intentional infliction of emotional distress.
crime 15 mins ago
38 People Were Killed in a Day-Care Shooting in Thailand Including more than 20 young children.
awards 10:14 a.m.
Autofiction Writer Annie Ernaux Awarded the Nobel Prize in Literature Best known for her memoir The Years.
my two cents 8:00 a.m.
‘I’m a New Parent and Our Finances Are a Mess’ You need a loose, forgiving plan that helps you feel more in control.
By Charlotte Cowles
first person 7:00 a.m.
My Childhood Under Northern Ireland’s Abortion Ban Where do its consequences begin and end?
By Rachel Connolly
rust Yesterday at 5:50 p.m.
Everything We Know About the Rust Shooting An FBI report concludes that the trigger must have been pulled.
sure why not Yesterday at 4:49 p.m.
Are Brad Pitt and Emily Ratajkowski Really Hanging Out? Rumor has it EmRata has “the vibes that Brad likes.”
soho grifter Yesterday at 4:34 p.m.
Anna Delvey Is Getting Out of Jail Having “demonstrated interest in pursuing legitimate employment in the United States,” a judge ruled.
pfw spring 2023 Yesterday at 4:26 p.m.
The T-shirt, Beloved by All, Gets a New Look By Miu Miu, nonetheless. Plus: Louis Vuitton shows a trove of great accessories.
By Cathy Horyn
what the what Yesterday at 4:16 p.m.
Carrie Is a Pigeon Lady Now Is that a real-life bird? No, it’s an $890 designer clutch.
celebrity Yesterday at 3:37 p.m.
What’s Going On With Harry and Meghan’s Netflix Docuseries? The Duke and Duchess of Sussex are reportedly at odds with the producers.
obsessive tester Yesterday at 3:00 p.m.
21 Self-tanners to Maintain Your Summer Glow Through Winter Natural and easy to apply.
power Yesterday at 2:51 p.m.
Iranian Forces Led Brutal Crackdowns Against University Protesters Despite forceful government intervention, women continue to take to the streets in defiance of government orders.
tv Yesterday at 2:32 p.m.
Excuse Me, Who Is This British Baking Show Hunk? Hellooo, Sandro!
what's the reference? Yesterday at 2:15 p.m.
An Early Aughts Staple Has Us in a Hold A personal shopper gives us tips on how to wear a camo miniskirt.
art and soul Yesterday at 1:50 p.m.
The Art of Motherhood In paintings, illustrations, and ceramics, artist Madeline Donahue captures the ecstasy and agony of being a mom.
By Amil Niazi
holiday gifts Yesterday at 1:31 p.m.
16 Gifts That Keep On Giving Whether they’re bandanas for abortion rights or cutting boards to feed the elderly.
power Yesterday at 1:01 p.m.
This Congressional Candidate Gave Birth On-camera “It’s important for folks to see how pregnancy and birth is a medical event that occurs in a hospital with doctors,” says Louisiana’s Katie Darling.
style Yesterday at 1:00 p.m.
Gigi Hadid Called Out Ye for ‘Bullying’ After His YZY Show Ye went after Vogue contributing editor Gabriella Karefa-Johnson on Instagram after she disapproved of his “White Lives Matter” shirt.
celebrity Yesterday at 12:51 p.m.
Angelina Jolie Claims Brad Pitt Choked One of Their Children Pitt’s rep called the allegations “completely untrue.”
More Stories